An iconic movie which depicted the absurdity of life under communism and miraculously escaped state censorship, premiered 39 years ago today.

Miś (meaning Teddy Bear) was a rich satire on how people navigated their way through bureaucracy, corruption and the outright stupidity of everyday life in the Polish People’s Republic under the leadership of First Secretary Edward Gierek. 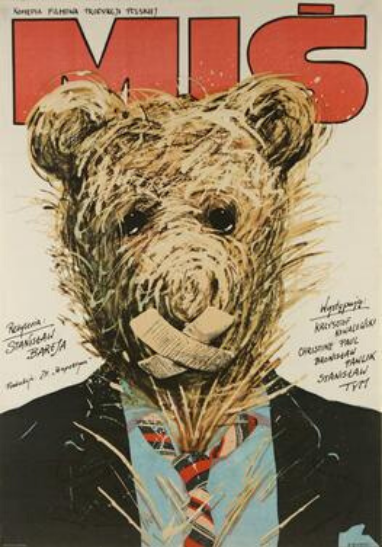 Despite its criticism of communism, the film managed to escape the state censors.Fair Use

Directed by Stansiław Bareja, a master of Polish comedy known for iconic movies and TV series such as ‘Brunet Will Call’, ‘ Man – Woman Wanted’, ‘Alternatywy 4’ and ‘What Will You Do When You Catch Me?’, language from the movie is still in common linguistic currency and popular culture.

The main plotline of the film centres around Ryszard Ochódzki, nicknamed Miś and played by Stanisław Tym (who also co-wrote the script with Bareja). Ochódzki who is the manager of a sports club called Rainbow needs to travel to London to withdraw a large sum of money he deposited in an English bank together with his ex-wife Izabela. 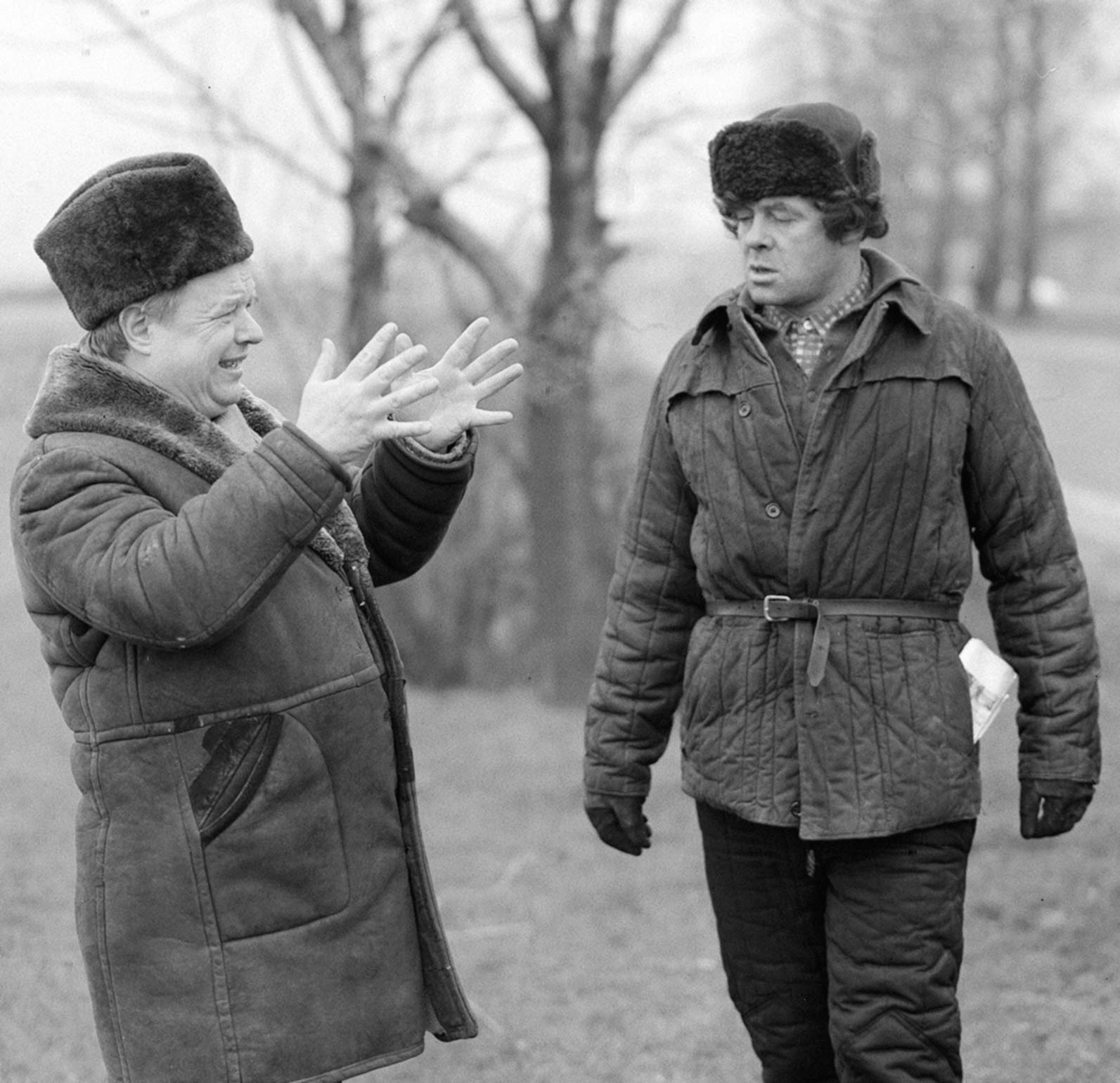 However, without a passport, Ochódzki can't leave the country and getting one is almost impossible in a closed communist state.

An elaborate scheme is then hatched which involves a movie production and finding a lookalike to get out of the country and reach the money before his ex-wife.

The main story is intertwined with a set of gags and skits that underline the absurdity of an already destabilizing Polish communist system.

Viewers get to meet militiaman Szczupak who catches drivers for speeding in front of cardboard houses that masquerade as a town, a shop girl who sells meat in a kiosk from under the counter (meat was one of the goods rationed at that time), cheerful Romek, who repeatedly sings only one song about himself, and Wacław Jarząbek, a coach in Ochódzki’s sports club, who tries to earn points with his boss by denouncing everyone around him.

Shot and produced 30 years ago, Miś premiered on May 4th, 1981. Its release was not without issues.

After seeing the first version, state censors questioned more than 30 scenes, which made up one-fourth of the movie. During an official hearing regarding the movie’s release, Deputy Minister Antoni Juniewicz wanted at least a dozen scenes re-edited or completely deleted.

Luckily for both creators and viewers, the strict control of the communist regime was weakening after the mass protests of shipyard workers and Gdańsk Agreements in August 1980. 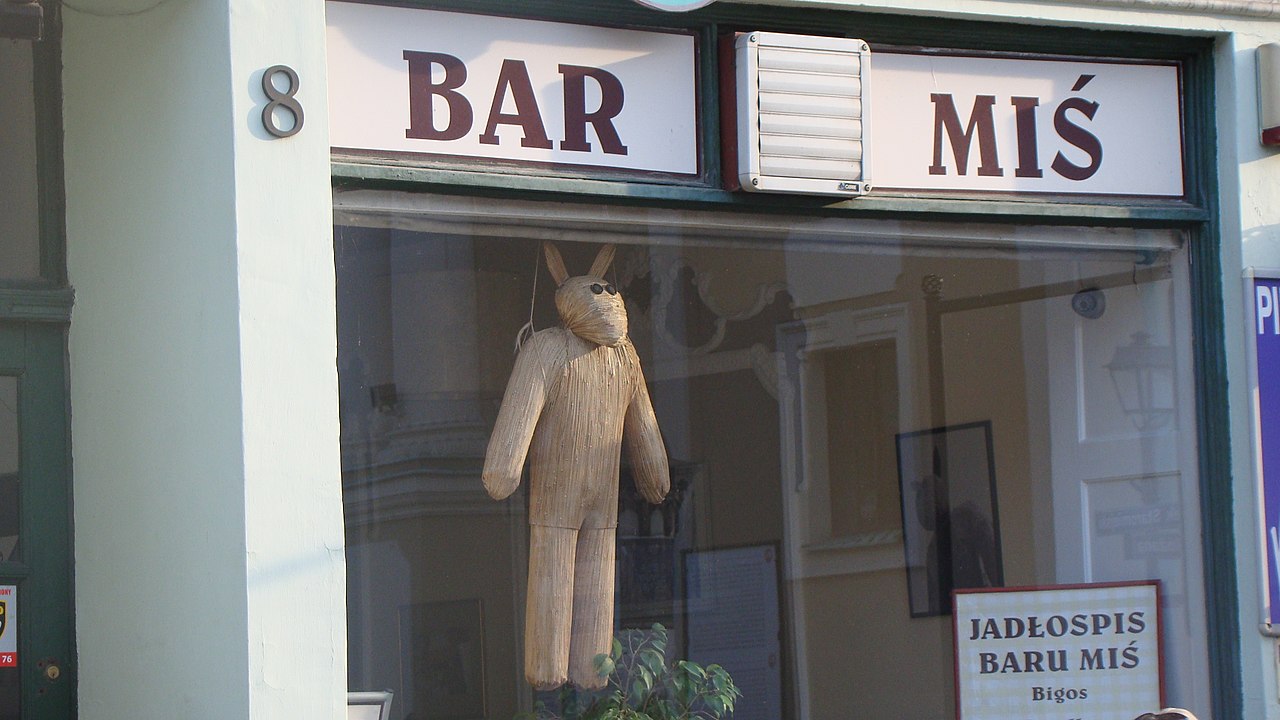 References to the film can still be seen in modern day culture with a string of bars named after the film.CC BY-SA 4.0

With a letter of support from Andrzej Wajda and positive evaluations from Krzysztof Kieślowski and Janusz Kijowski, as well as the resignations of Juniewicz and Gierek, the movie was approved.

The change of government definitely helped as censors could treat the movie as a way of dealing with Gierek’s legacy.

Today, Bareja’s movie might seem surreal and at times hard to understand. Yet, his satiric portrayal of life under communism has infiltrated the common image of those times.

US ambassador praises Poland's role in collapse of communism