Ice that looks like human HAIR spotted on rotting tree

Ice that looks like human hair has been photographed in a forest in Poland, growing on dead tree branches.

Hair Ice, a type of ice that looks like silky hair, is a rare sight and forms on moist, rotting wood. 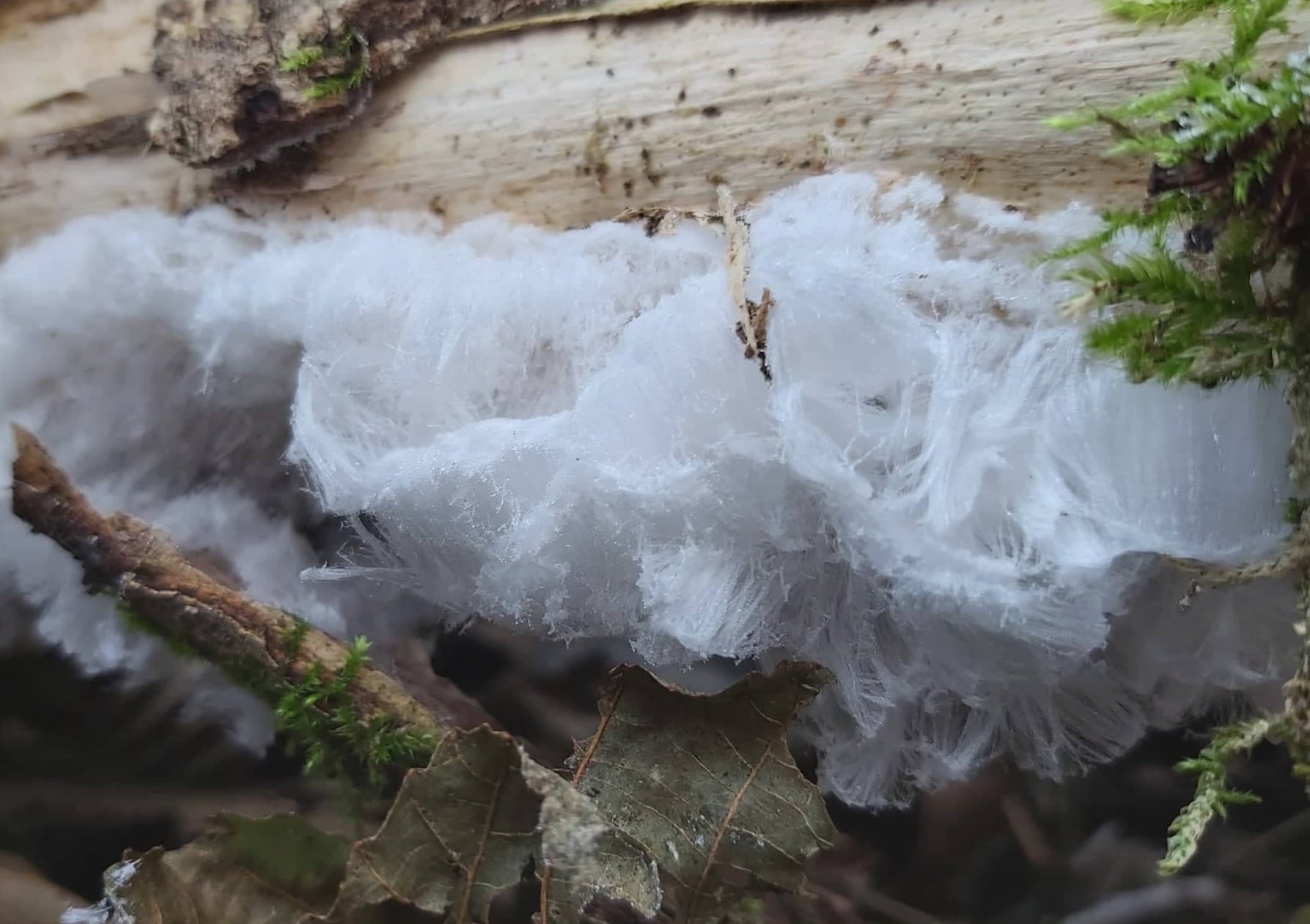 Each of the hairs has a diameter of around 0.02 mm and can be up to 20 cm long.Nadleśnictwo Hajnówka, Lasy Państwowe

First described in 1918, recent research by scientists has linked its formation to the presence of a specific fungus called Exidiopsis effusa, which was found on all the samples of hair ice examined by the researchers.

When the fungus was killed as part of the experiment using a fungicide or hot water, there was no ice hair. 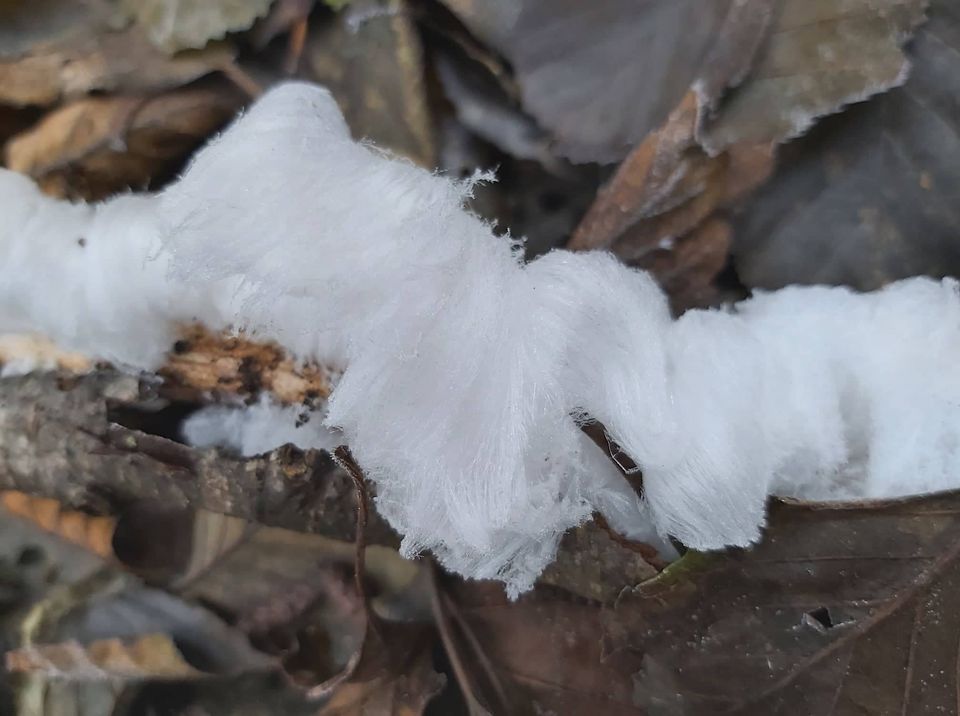 First described in 1918, recent research by scientists has linked its formation to the presence of a specific fungus called Exidiopsis effuse.Nadleśnictwo Hajnówka, Lasy Państwowe

Although the Hair Ice is brittle, it forms curls and waves that can make it look like soft human hair.

Each of the hairs has a diameter of around 0.02 mm and can be up to 20 cm long. Once it has been touched, it melts quickly.

The ice was found in a forest near the town of Hajnówka in eastern Poland, near the border with Belarus. 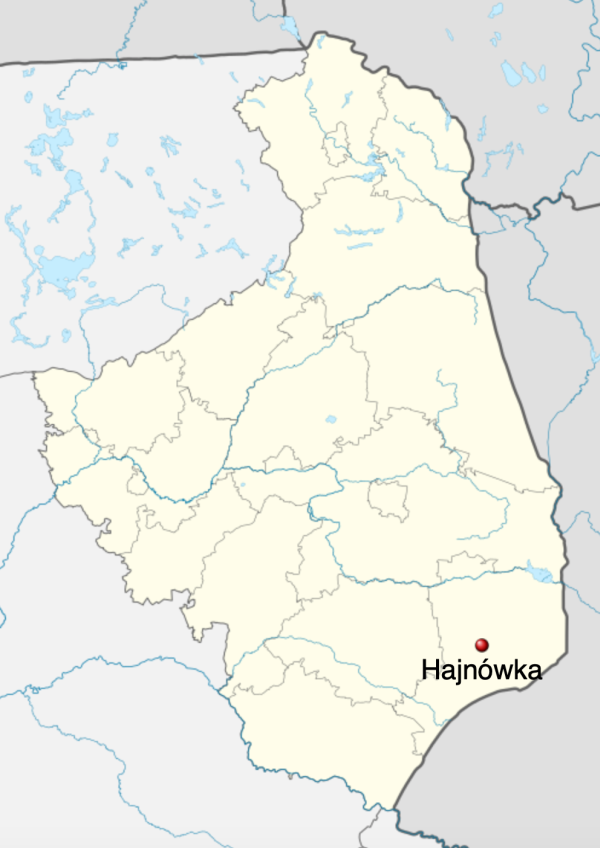 The rare sighting was made near the town of Hajnówka close to the border with Belarus.Wikipedia

Agnieszka Laskowska-Ginszt, one of the website and social media administrators in the Hajnówka Forest District, found it on two dead alder branches.

“Those were the weather conditions on November 26, when I went out into the forest in the morning,” she said, referring to the high humidity and sub-zero temperatures in which ice hair forms. 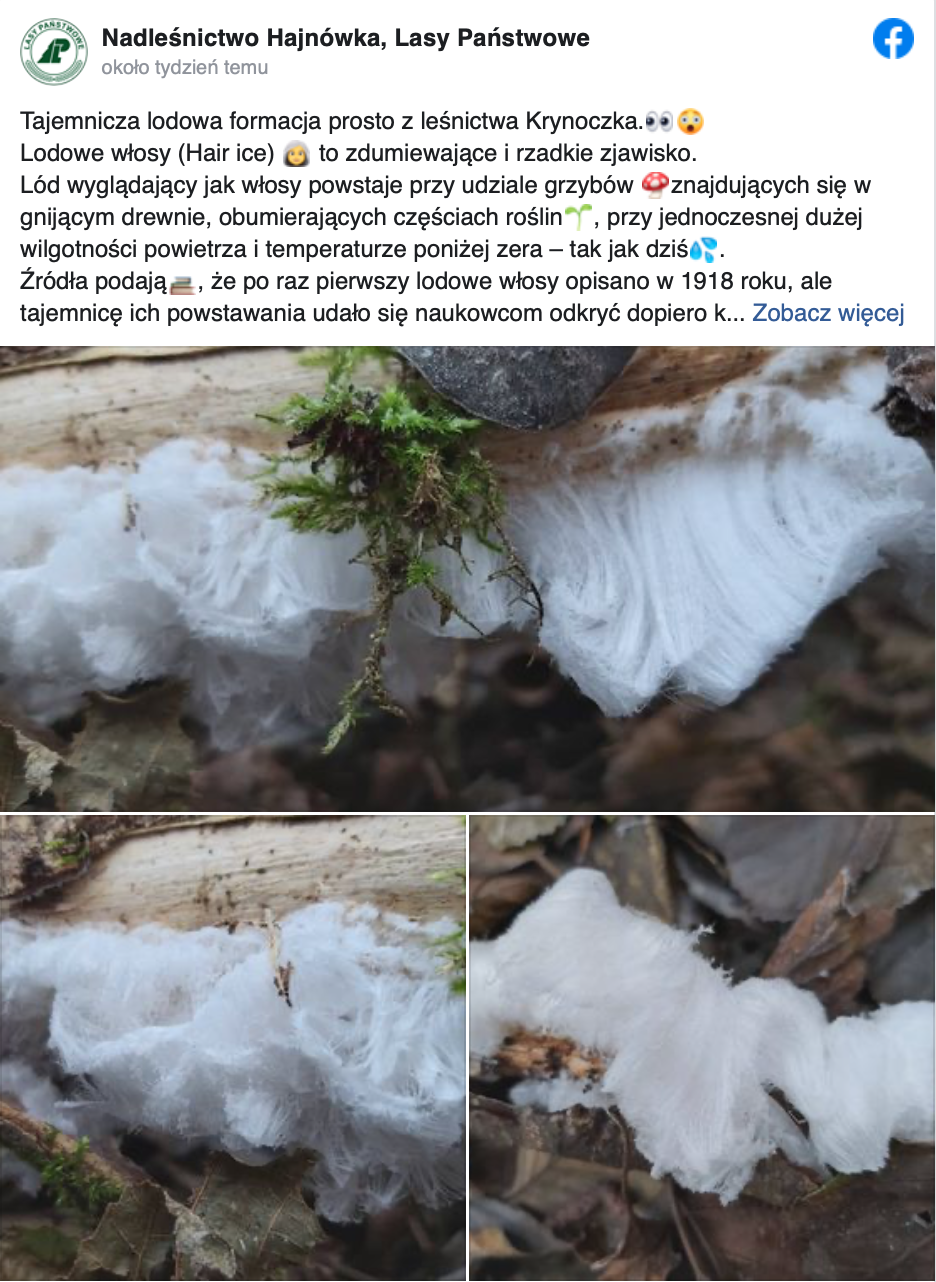 Posting on social media, Agnieszka Laskowskiej-Ginszt, social media administrator for the Hajnówka Forest District, said: “Ice that looks like hair is created by mushrooms found in rotting wood, dying parts of plants, while at the same time with high air humidity and below zero temperature - just like today.”Nadleśnictwo Hajnówka, Lasy Państwowe

Her photos, shared on the District’s Facebook page, shows very fine ice formations that look like soft wisps of hair, which seem to be “growing” on pieces of wood.

She added: “So far, I have seen ice hair twice, and this prompted me to seek out more information on this subject.”

Thanks hairy much! Twins chop off their golden locks to make wigs for cancer victims