‘I was never a girly girl’: World’s fastest female racing driver who’s currently riding high in Pole position says she wanted to be an actress

From the small town of Żyrardów just outside the Polish capital Warsaw, it’s a fair distance to Bahrain.

But Gosia Rdest is used to driving hard and fast.

Indeed, dubbed the fastest Polish woman in the world, the 25-year-old has come a long way since she first visited a karting track at the age of 13 with her dad Krzystof.

Last year she became the only the only woman in history to win last year’s prestigious KIA Lotos Race.

And two years earlier, when just 20, she was the only woman to take part in BRDC British Formula 4.

But it’s perhaps this year which, in her 90 professional competitions spanning nine years, is set to be her most successful, with two wins at the  GT4 Championship of the Continents and three podiums wins.

Arriving back from Bahrain where she has been taking part in the International GT4 races, the blonde told TFN: I felt like a plane on the starting lane. I finished P4 in PRO/AM class and P9 overall so I’m also quite satisfied with the result. I’m very happy about my place – I had 3rd time in qualifying.” 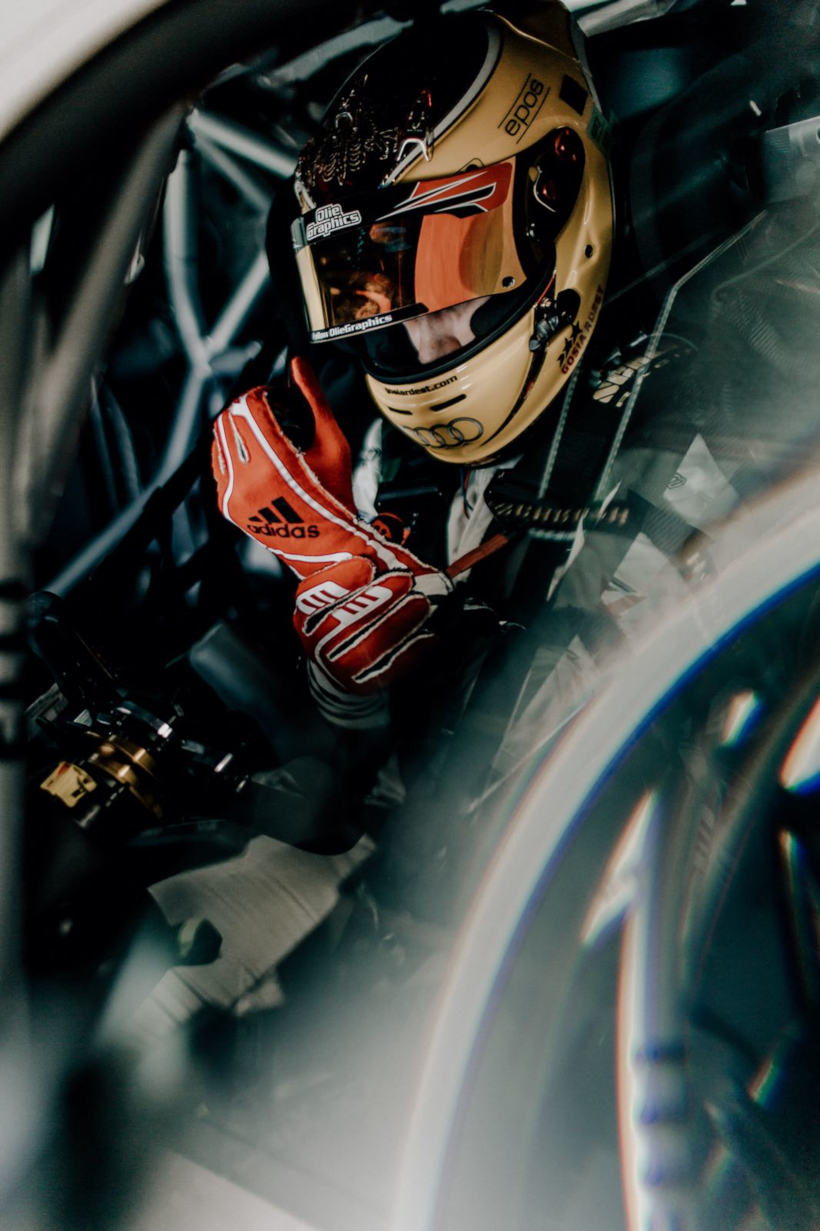 Gosia has closed 2018 with 9th place overall in the international GT4 championships.Sergej Falk

With such an impressive list of achievements to her name in a sport dominated by men, it is perhaps no surprise that in March this year she became ambassador for Girls on Track, an initiative to encourage more women to get into racing.

She told TFN: “ “It’s been an amazing new feeling for me to share my experience and knowledge with girls who I can totally identify with. In the future I see myself as a coach for young racing drivers.”

Despite her achievements, Gosia admits that becoming a GT4 race driver was never an ambition in her life.

“I was never a girly girl – I can’t ever remember playing with dolls. I was very much into sports and competition. At school I was thinking very seriously about becoming an actress – I loved being on stage and was taking acting lessons.” 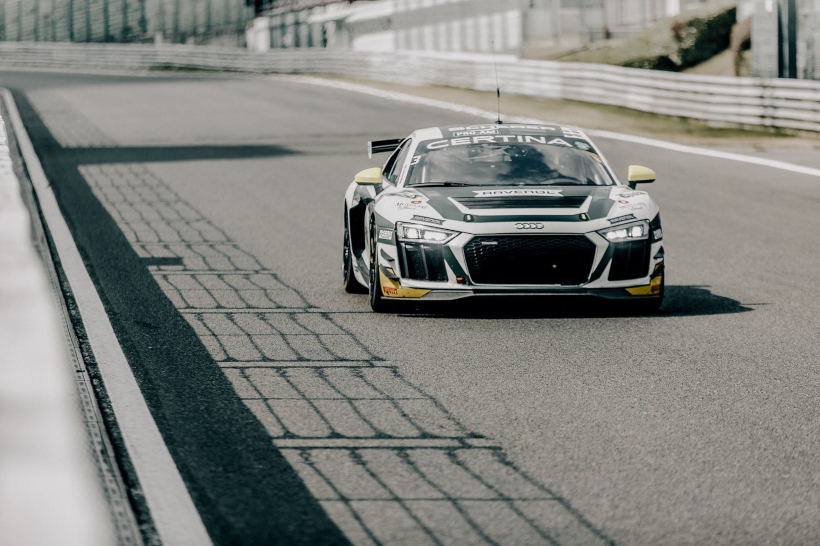 Laser concentration is needed in the driver's seat for safety and success .jordanowski.pl

The GT4 driver added, “But once, when I was 13 my father, Krzysztof took me to a karting track and it was the love from the first lap. Since that moment I knew what I wanted to do in my life.”

Since that special father-daughter afternoon, Gosia has trained to become a tycoon on the race track, even being crowned as “the Fastest Pole on the Track” by some.

But Gosia concedes her race lifestyle isn’t all about glamour and winning, there are some sacrifices that have needed to be made along the way.

“I literally live out of a suitcase. When I think about it, I can’t remember when was the last time I slept a week in a row in one bed. In 2018 I visited 15 countries, including the USA, Dubai, Bahrain.” 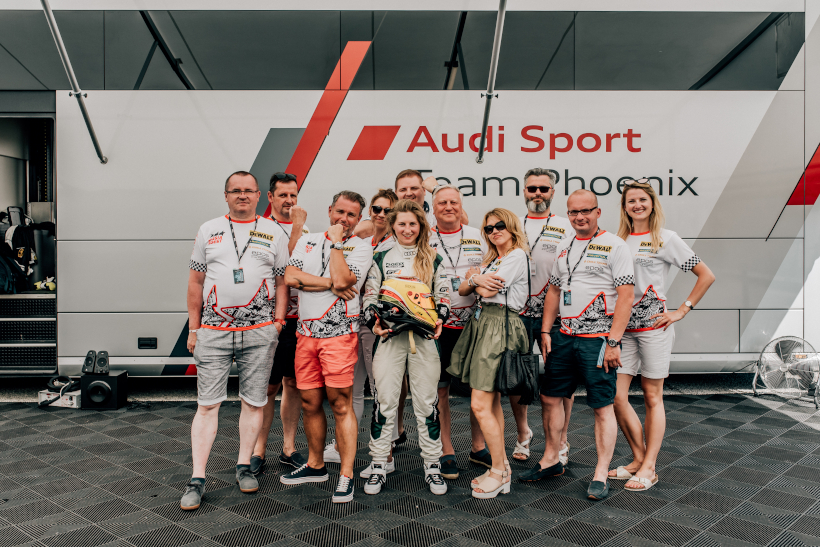 For Gosia, her team is integral to racing. Not just for operations but to foster a sense of belonging. jordanowski.pl

With such a nomad existence, Rdest hasn’t been able to indulge in the same social freedoms as her peers.

She told TFN: “I can count my friends on the palm of my hand. But at least I know they are true friends, if they are still by my side even though I don’t have that much time to go out. What else can I wish for? Racing is my life.”

And flying around a track with speeds up to 300 kmph takes physical as well as mental dexterity. Explaining how she deals with the pressure of GT4 racing, the daring millennial said: “Time stops. It’s like being shot to another galaxy. Nothing exists but my car, the track and me. 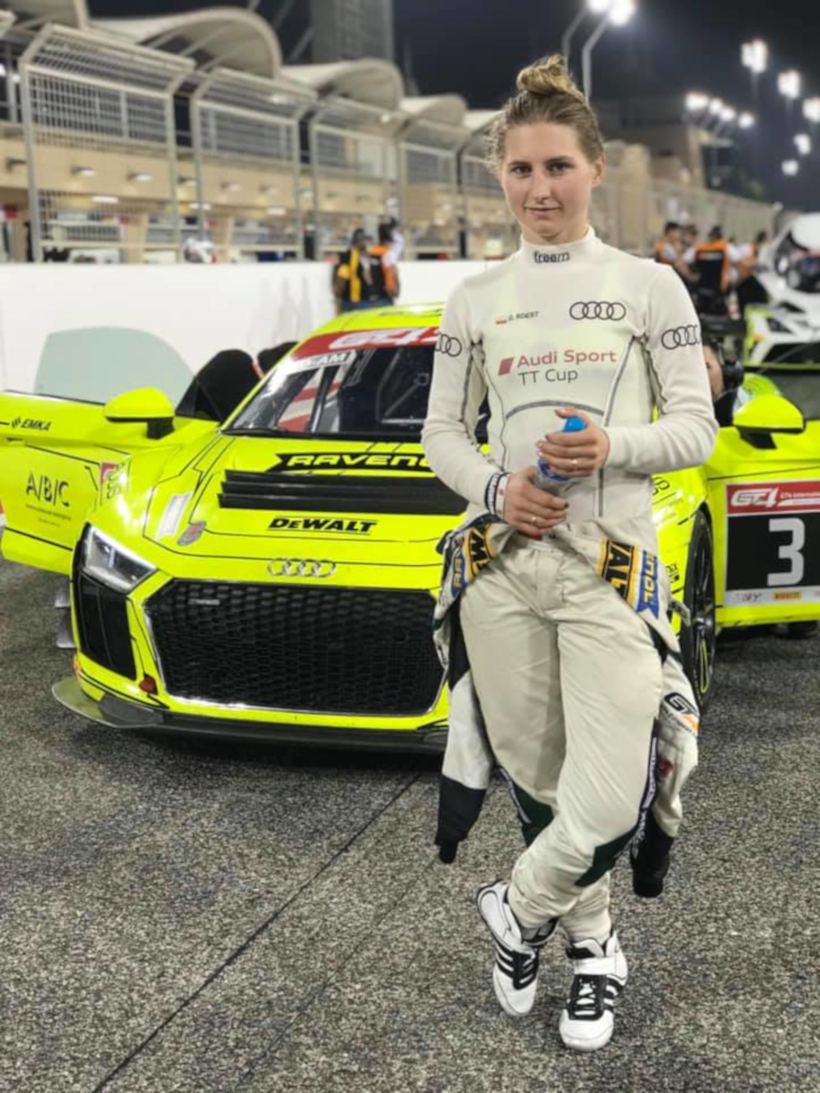 Gosia is really excited to see what challenges 2019 will bring her, and sees a future coaching other girls in driving. jordanowski.pl

“And my rivals, of course, who I have to overtake. Successful, clean overtake manoeuvres is something that gives me the most satisfaction. I’m totally focused on the moment.”

A small mishap could prove fatal on the track for herself and others, but Gosia inisits the perils of motorsport can’t bother her too much while driving, she told TFN:

“Sometimes people ask if I’m not afraid of being hurt, but I’m not. If I was thinking about accidents, I couldn’t be fast.”

Luckily, the Motorsport star has a great team to help take care of her. Having recently raced with Phoenix Race team in the GT4 international cup, Gosia appreciates the integral harmony needed in a team to race:

“It might sound like a cliché but it’s actually true – a sense of community, unity, common trust. The atmosphere is everything. It must feel like you belong to a family. Also being ready for sacrifices, sleepless nights, prepared for hard work to do anything possible to help our car get up to the front.”

It’s been an exhausting but rewarding year for the young GT4 driver, but Gosia isn’t thinking about winding down. Instead, this Polish racer has her eyes firmly set on long road ahead of her.