‘I am a Jew. My place is in the struggle against the Nazis for the honour of my people and for a free Poland’: the little-known story of the female assassin who terrorised the Nazis

When the Warsaw Ghetto Uprising erupted 77 years ago on April 19, it was not just Jewish men who decided to take up arms against the Germans.

Young Jewish woman also fought in the five-week battle before the crushing superiority of the Germans overwhelmed the insurgents.

Dubbed “haluzzenmadein”, or pioneer girls, a portmanteau from Hebrew and German, they fascinated and terrified the Germans in equal measure.

One of the most remarkable was the underground assassin and partisan fighter Niuta Tajtelbaum.

She fought tenaciously in the Ghetto Uprising, taking out a Waffen SS heavy machine gun nest, and attacking German artillery that was pounding the ghetto.

However, Niuta had already built a formidable reputation in Warsaw as an underground fighter in the communist People’s Guard, killing SS officers, attacking Germans-only cinemas and cafes and wrecking German supply lines in sabotage attacks.

Details of her short life are few, but her personal campaign against the Germans exemplified the values of heroism, courage, justice, loyalty and patriotism, magnified in the crucible of the occupation. 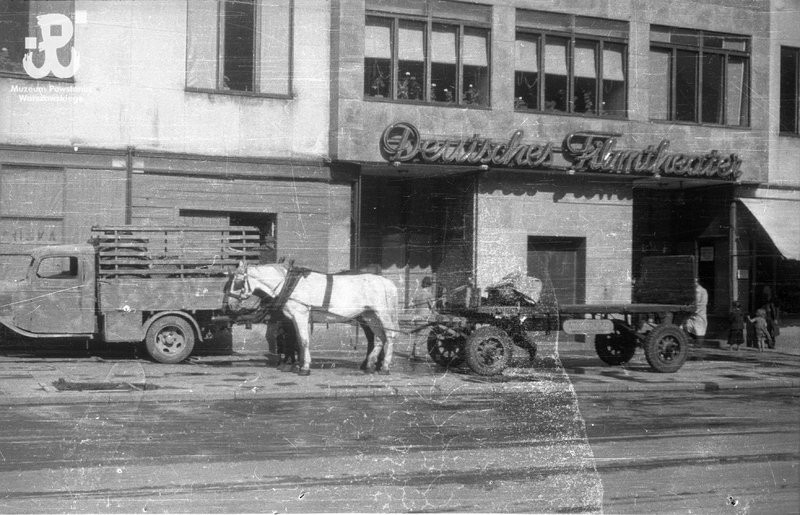 The Germans-only Kammerlichtspiele Cinema in Warsaw that was blown up by a bomb planted by Tajtelbaum.Warsaw Rising Museum

She is quoted as saying, “I am a Jew. My place is in the struggle against the Nazis for the honour of my people and for a free Poland!”

Known as the Heroine of Warsaw, she used her girlish charm and lambent blue eyes to make SS monsters drop their guard before eliminating them in cold blood.

Her most daring hit was astonishing in its audaciousness.

She walked into the Gestapo headquarters in the high-security police district in Warsaw dressed as a Polish farm girl with a kerchief on her head.

With an innocent look, she asked for a certain officer, her target, about a “personal matter”. Assuming she was pregnant, the guards gave her a pass to the building and told her where to find her “boyfriend”.

She walked into a private office and shot the astonished German in the head with a pistol fitted with a silencer.

The legend that built up around her adds the detail that she smiled at the guards who let her in. 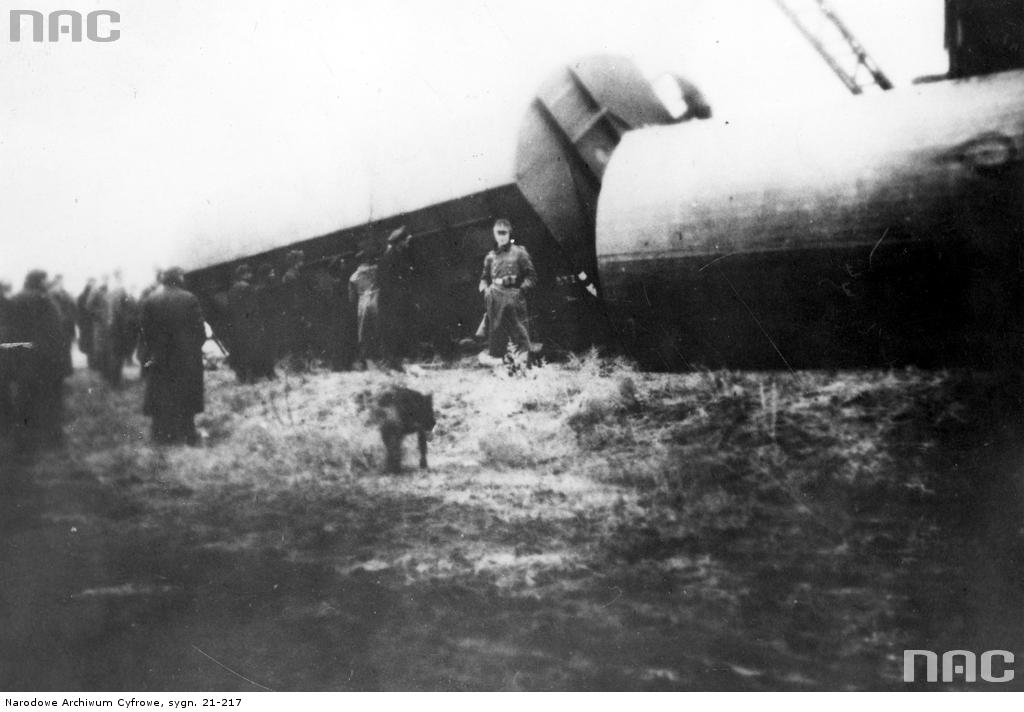 Along with assassinations she also sabotaged transport links.NAC

In another operation, she killed two Gestapo officers and wounded a third, an agent of the feared organisation. After the wounded agent was taken to the hospital, she disguised herself as a doctor, entered the hospital and killed both the Gestapo agent and his guard.

The few photographs that remain of Niuta suggest the innocence and absence of threat that allowed her to get close to enough to her victims to pull the trigger.

However, they offer no hint of her contrarian, even rebellious nature, nor the deep well of courage that she drew on.

Niuta was born in October 1917 in Łódź to a Hasidic family, but she eventually rejected this devout form of Judaism.

At high school, she joined an illegal communist group, but after the police revealed her membership she was expelled from school.

Nevertheless, she was admitted into Warsaw University. A few months before the outbreak of World War II, she graduated in history and psychology.

In the Warsaw ghetto, she worked overtly as a manager in a boarding school on Ceglana Street. 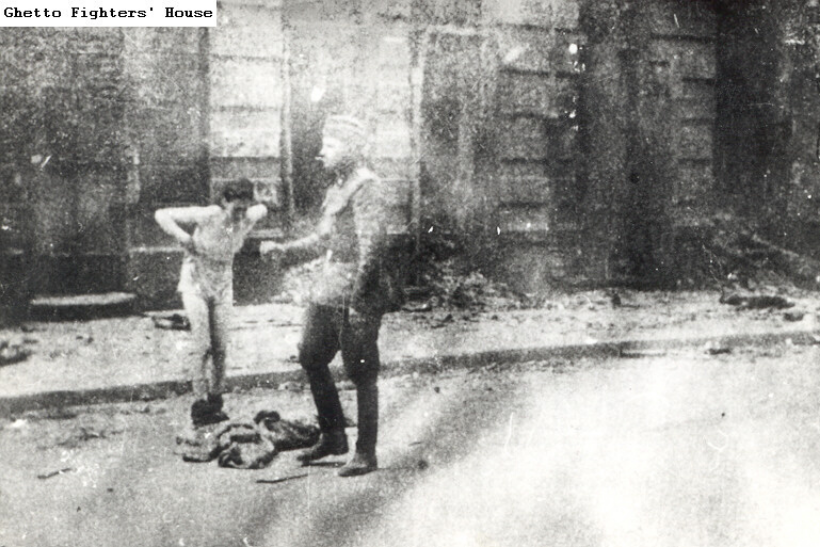 A German searches a “haluzzenmadein” during the Ghetto Uprising.Ghetto Fighters’ House

Covertly, though, she sought out contacts to the communist underground in the ghetto.

Shortly before the liquidation of the ghetto in summer 1942, she joined the People's Guard, the armed resistance organisation of the Communist Polish Workers' Party..

Because of her appearance, she was ordered to leave the ghetto and go to the ‘Aryan’ side, where she adopted the alias Wanda Witwicka.

Her job was to smuggle weapons into the sealed Jewish ghetto. Inside the ghetto, she built a conspiratorial cell of Jewish resistance fighters and taught women how to use weapons.

In 1942, Niuta was involved in sabotaging German rail transport on the outskirts of Warsaw, disrupting German supply routes to the eastern front.

The attacks were part of a wider campaign against German rail infrastructure carried out by the Home Army and the People’s Guard.

The Germans held the People’s Guard responsible and reacted with brutal retaliation. On October 16, they hanged 50 Polish “communist saboteurs” and left them on the gallows for a whole day as a deterrent.

This in turn led to revenge by the People’s Guard. Under Niuta’s leadership, a group entered a German officers' club in the centre of Warsaw and killed four officers and wounded 10. 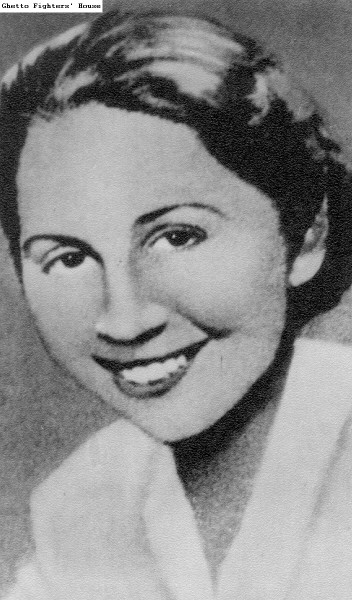 In January 1943, Niuta planted a bomb at the Kammerlichtspiele cinema on Marschallstrasse, as Marszałkowska was called during the occupation.

She became an object of fear and fascination among Germans. However, because her identity was a mystery, they referred to her simply as Little Wanda with the Pigtails.

Infuriated by her campaign of killings and sabotage, they offered 150,000 zlotys for information leading to her capture.

After the Ghetto Uprising, she went underground in the ‘Aryan’ part of Warsaw and took part in further sabotage campaigns.

However, when she returned to her apartment on July 19, 1943, the Gestapo were waiting for her. She tried to commit suicide, but she had no time to swallow the vial of poison.

She was interrogated for weeks in Pawiak, the Gestapo prison in Warsaw.

Her tormentors subjected her to bestial torture and finally murdered her. However, she did not betray any of her fellow partisans.

On the second anniversary of the Ghetto Uprising, April 19, 1945, she was awarded the Order of the Grunwald Cross, Third Class.