A walrus has been spotted on the beach on Poland’s northern coast, the first ever such sighting of the Arctic mammal in the Baltic Sea.

The 2-metre-long mammal appeared on Thursday morning on the beach in Łazy, close to the seaside resort of Mielno.

Local specialists said it was a young female, weighing around 500 kilograms.

The same walrus was probably seen on the shore of the German island of Rügen a week earlier. 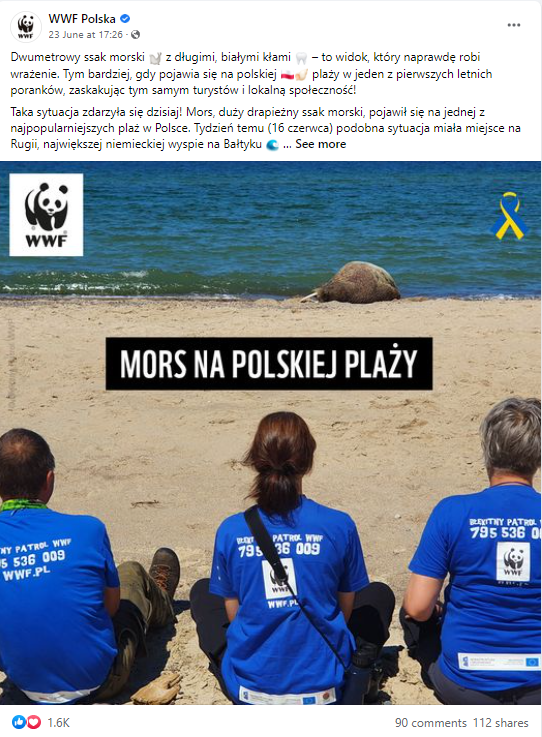 Local councilor, Elżbieta Kopczyńska, managed to take a photo of the marine mammal and volunteers of the World Wildlife Fund (WWF) Blue Patrol were informed about the unusual guest and came to its rescue.

Posting on social media, the WWF said: “The walrus, a large predatory marine mammal, has appeared on one of the most popular beaches in Poland.

“Meeting a walrus in the Baltic Sea is a very unusual sight. These mammals live in the cold waters of the Arctic, among floating ice fields.”

The Fund’s Konrad Wrzecionkowski told television station TVN24 that the mammal had probably been carried inland by sea currents while looking for food. 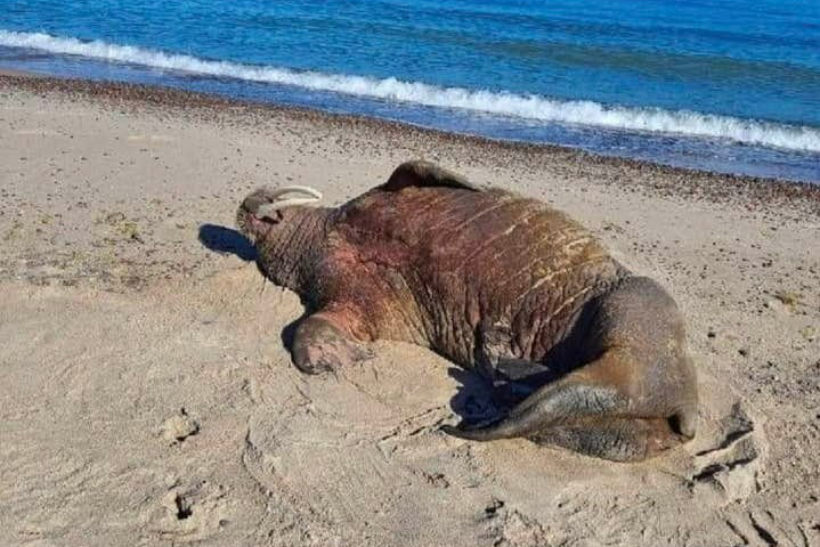 The WWF added that the walrus had probably been brought inland in its search for food.Kopczyńska Elżbieta/Facebook

But he added: “In the Baltic Sea, she may have a problem finding the right amount of food.

“The Baltic Sea is not a home for walruses. Ideally, she should find her way back to the North Sea through the Danish Straits and beyond.”

The walrus was taken care of by WWF Blue Patrol before she set sail again back into the sea.

Arctic walruses tend to live in the coastal waters of the Arctic, along the coasts of North America and Russia.

They like shallow water, ideally near floating ice fields.

Half of Poles negative about gov't policy towards Germany, poll shows