How about TAT! Women make up 70 percent of all tattoos in Poland

Of the 900,000 tattoos done every year in Poland, 70 percent of those going under the needle are women. 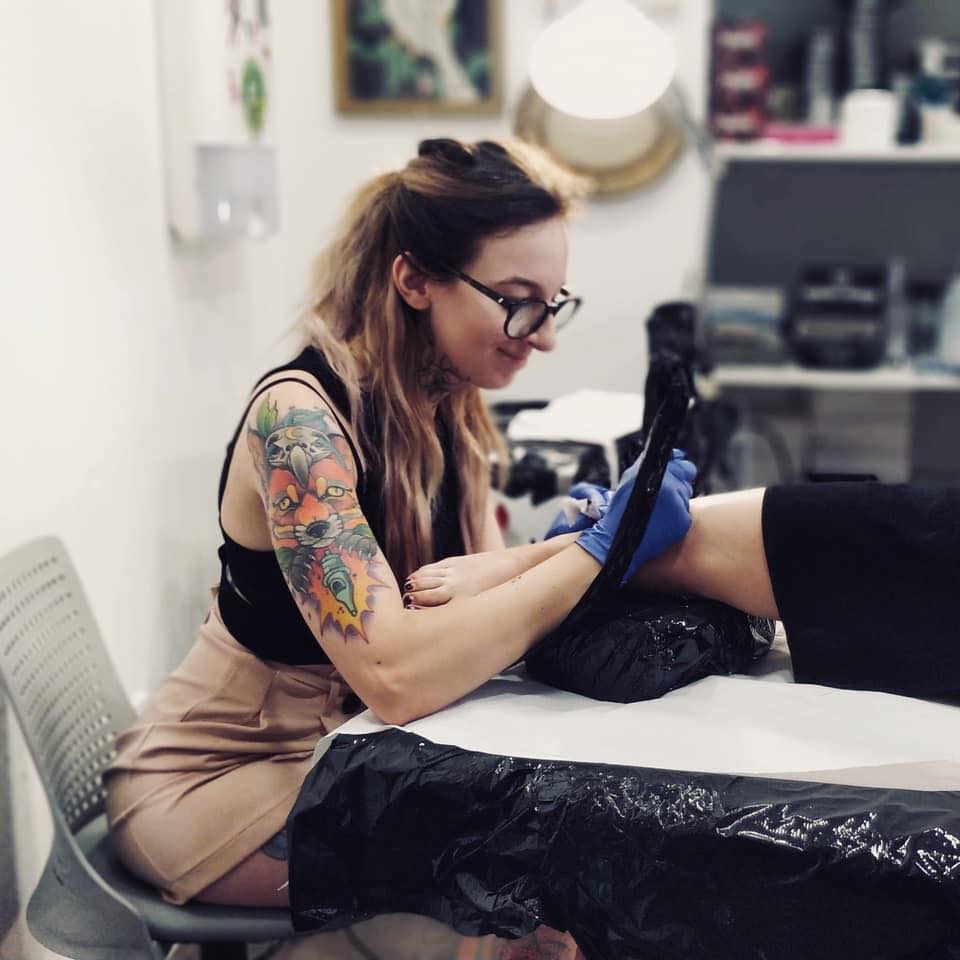 Tattoo artist Asia Legoda said: “Most often I am visited by ladies aged 25 to 50, like my mother, whom I also had the pleasure of tattooing. However, I sometimes decorate the bodies of people over 70, who have always dreamed of getting their first tattoo. There is no rule here and it makes me very happy. We enter the topic of breaking conventions and nothing sets us free, like going beyond the patterns, the beaten paths.”Afryczka/Facebook 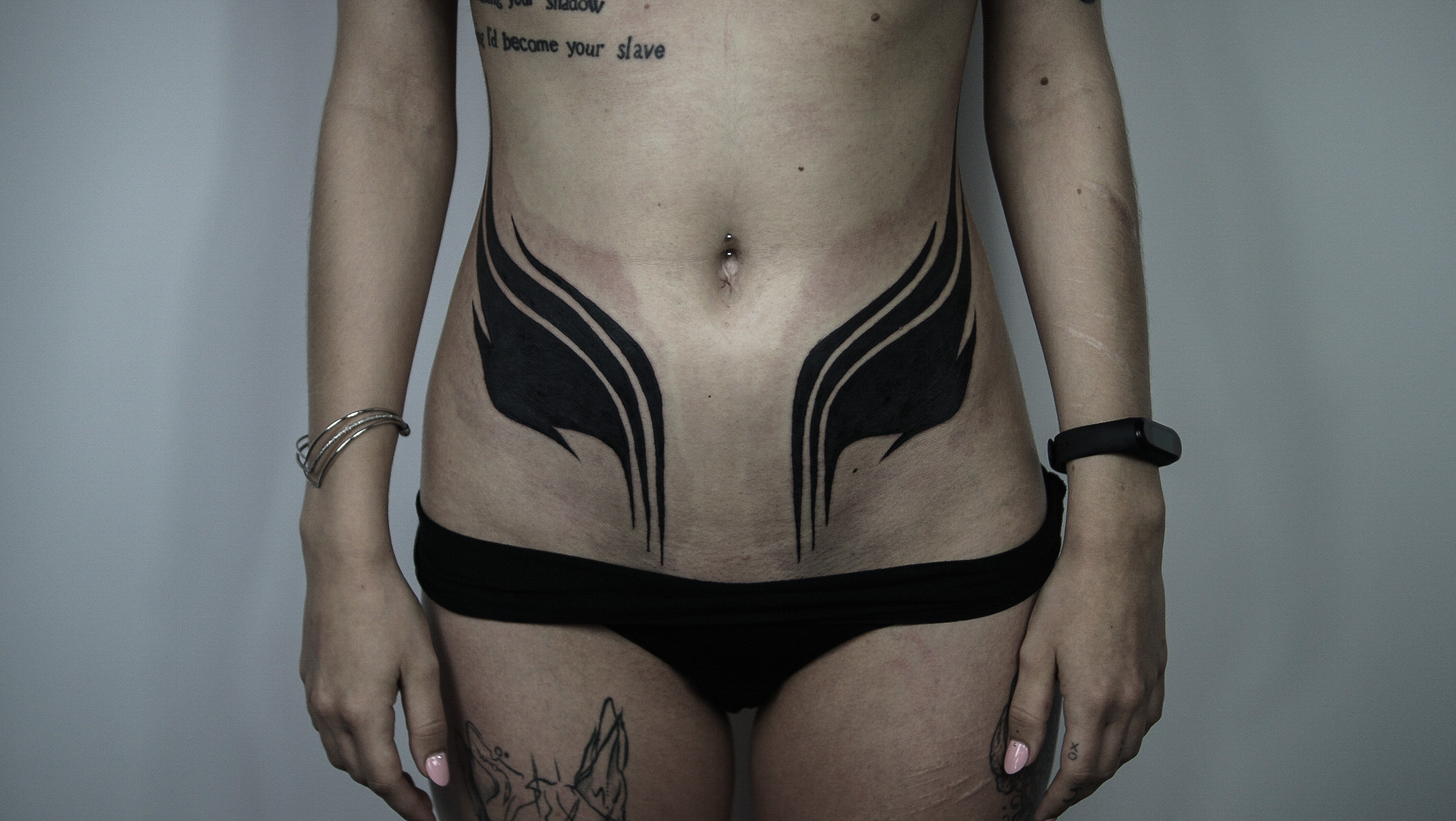 A popular modern style is known as blackwork where the whole tattoo is done in black ink, Eli Ink from Wrocław specializes in the style: “Blackwork can be organic, and it can also be cyberpunk. More than once or twice, I have had the opportunity to tattoo women. The tattoos emphasized their shapes even more and were very feminine.”Credit: eli__ink/Instagram 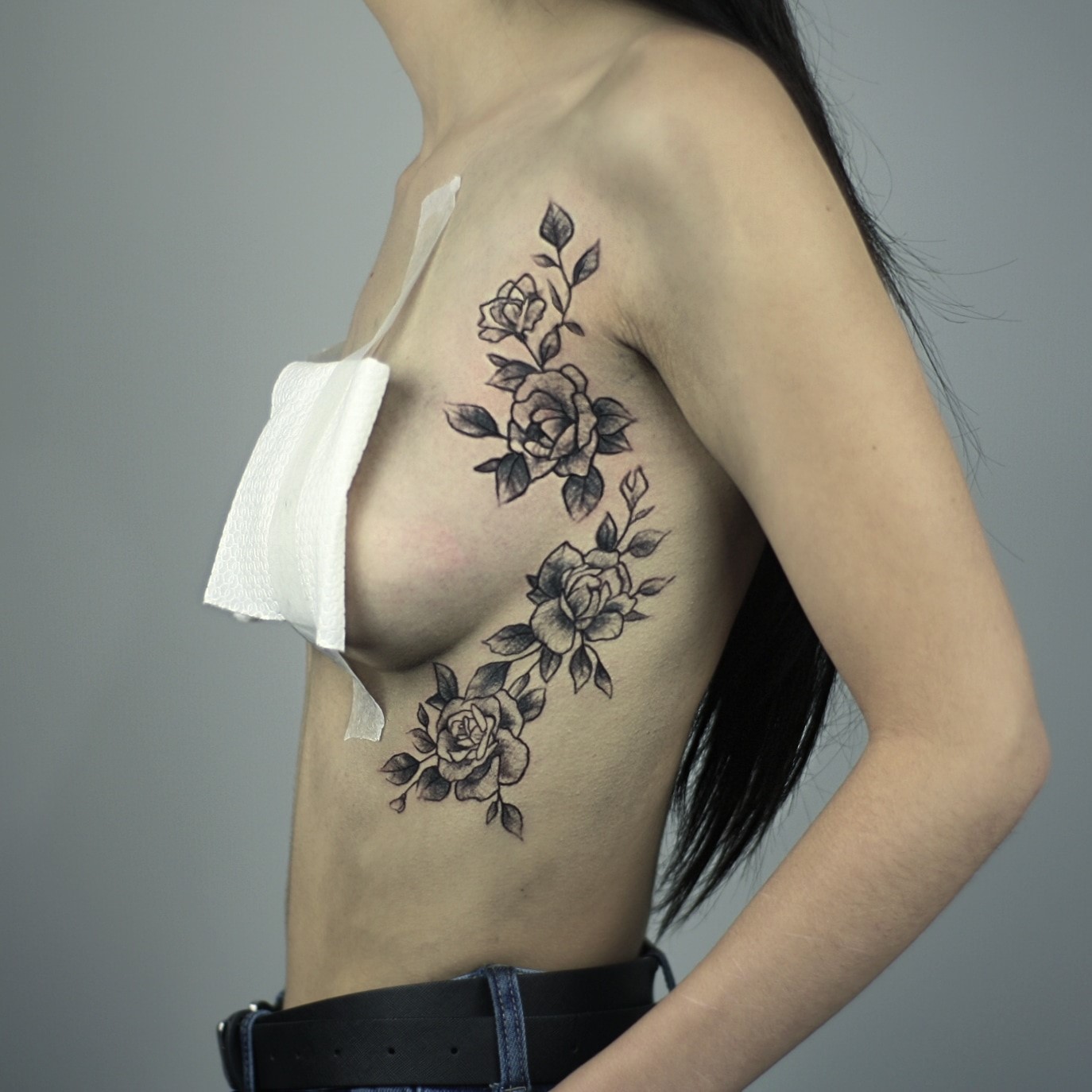 Decorative artwork around the side of the breast, that will be covered in normal daily activity, has seen a rise in popularity as more females have been getting tattoos.INKwizycja/Facebook 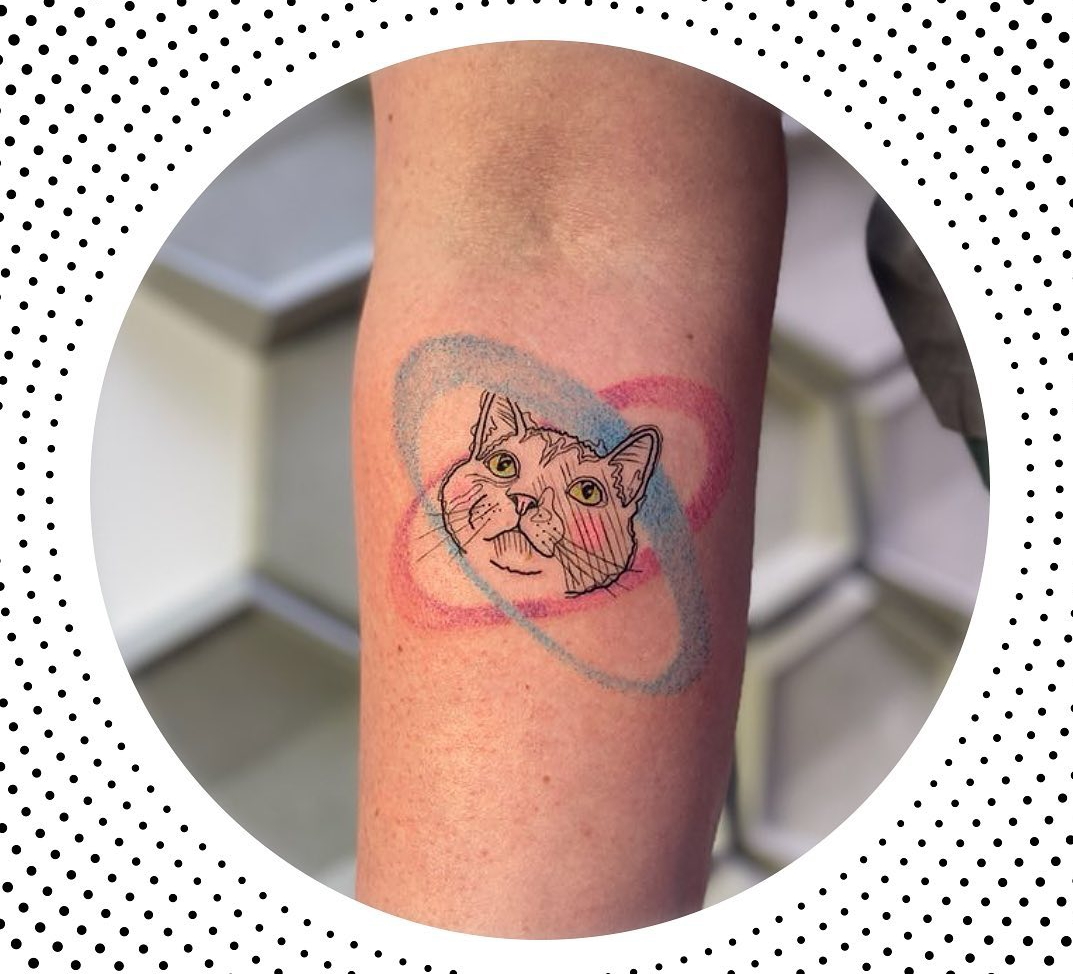 Moon Moon Studio in Warsaw use vegan ink for their tattoos, something which is increasingly important to a number of customers.Pamela Gotte/Instagram 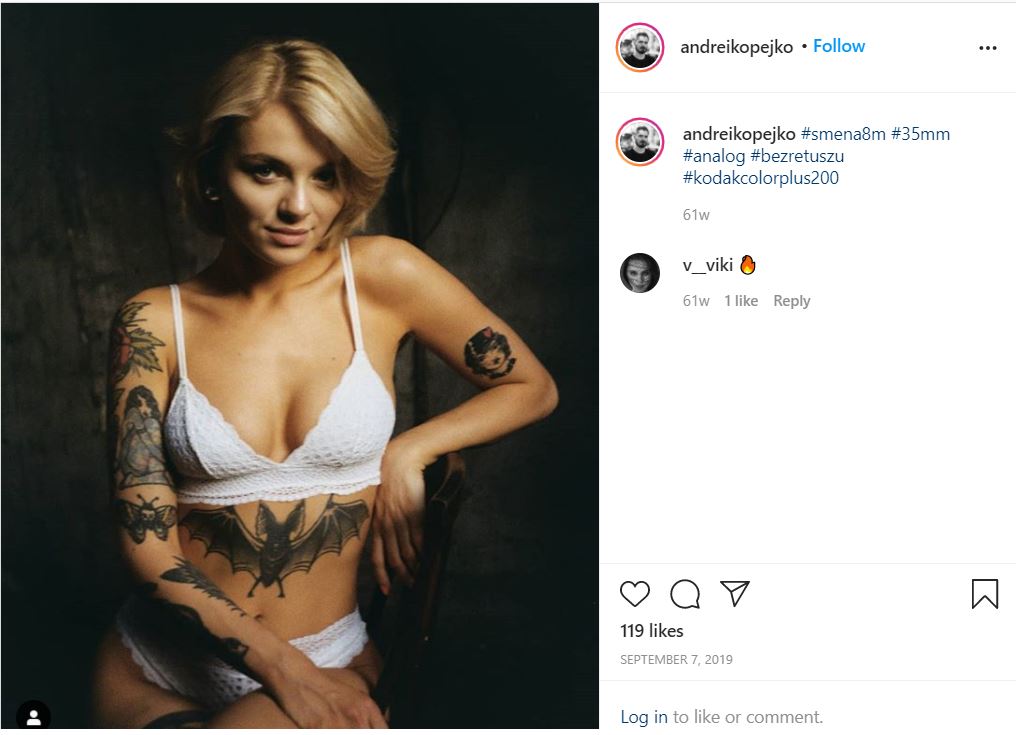 Polish model Sinni Suicide explained her love of tattoos: “I treat my body like a canvas and give it to various artists so that their works will stay with me forever. I do tattoos mainly for aesthetic reasons. Only a few of them have any meaning or history.”Andrzej Kopejko/Instagram 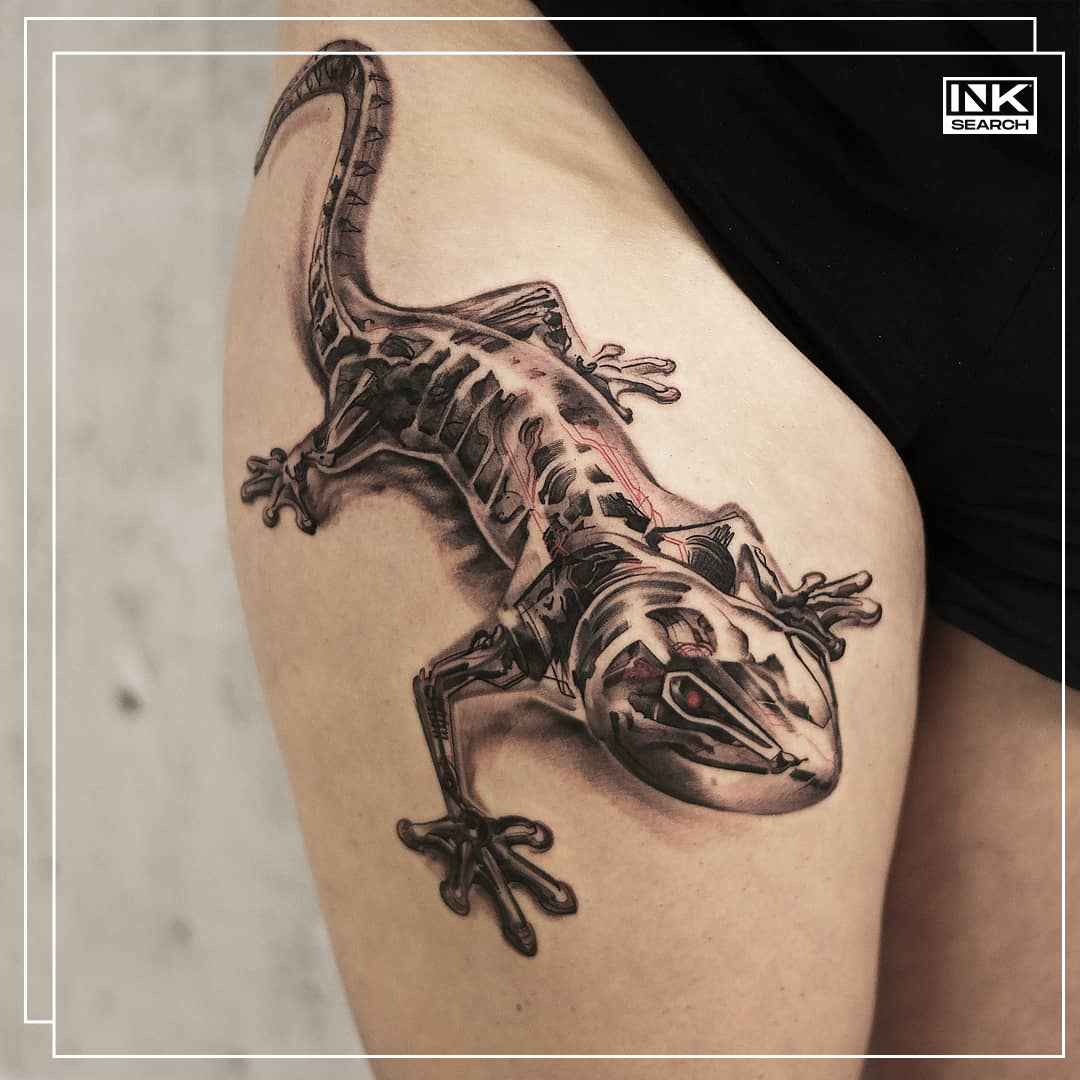 The latest research figures come from INKsearch.co and the company often features talented artist such as Mariusz Harasymów from Wodzisław Śląski on their website and social media channels.inksearch/Facebook 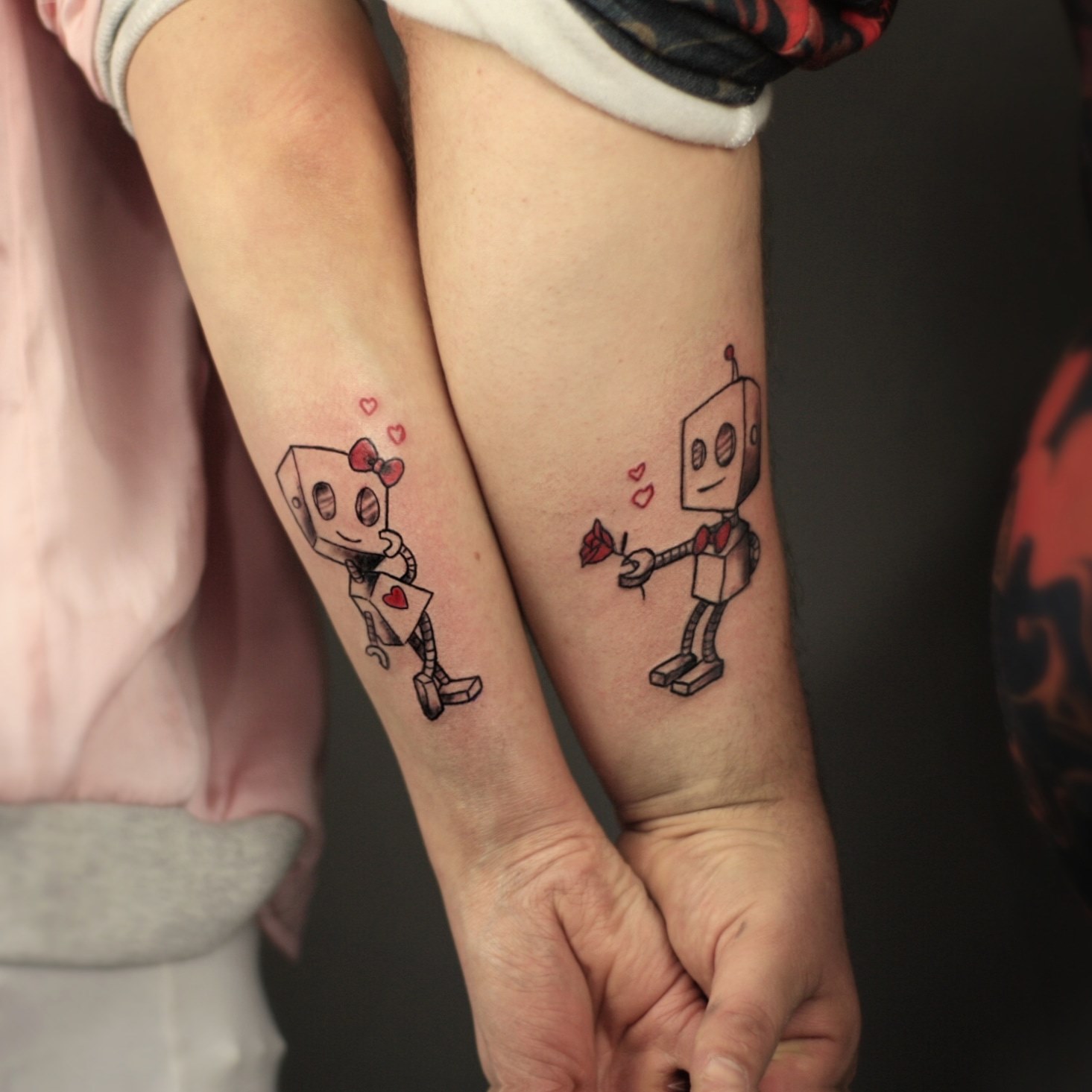 Couples tattoos are a modern way of showing commitment and are increasing in popularity.INKwizycja/Facebook 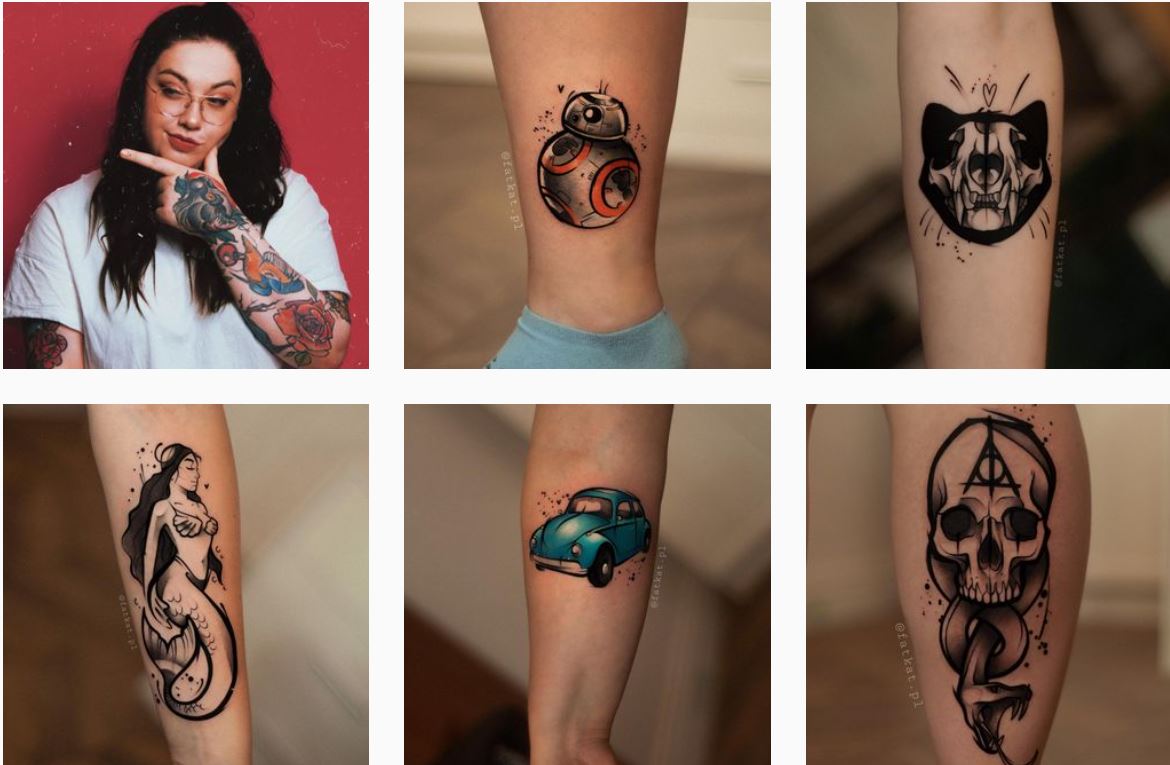 Katarzyna Rybak, who works under the name Fat Kat as a tattoo artist, also designs clothes in collaboration with Polish fashion brand Medicine, showing that even those who don’t want a permeant mark on their body appreciate the style of modern tattoo designers.fatkat.pl/Instagram 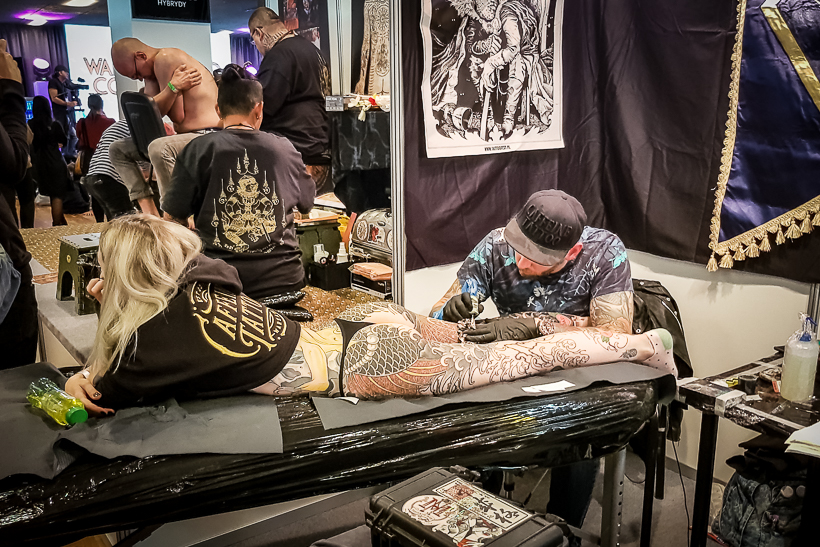 Larger designs are becoming more popular and having multiple designs come together to cover the arms, known as sleeves, is more popular among men than women.Kalbar/TFN 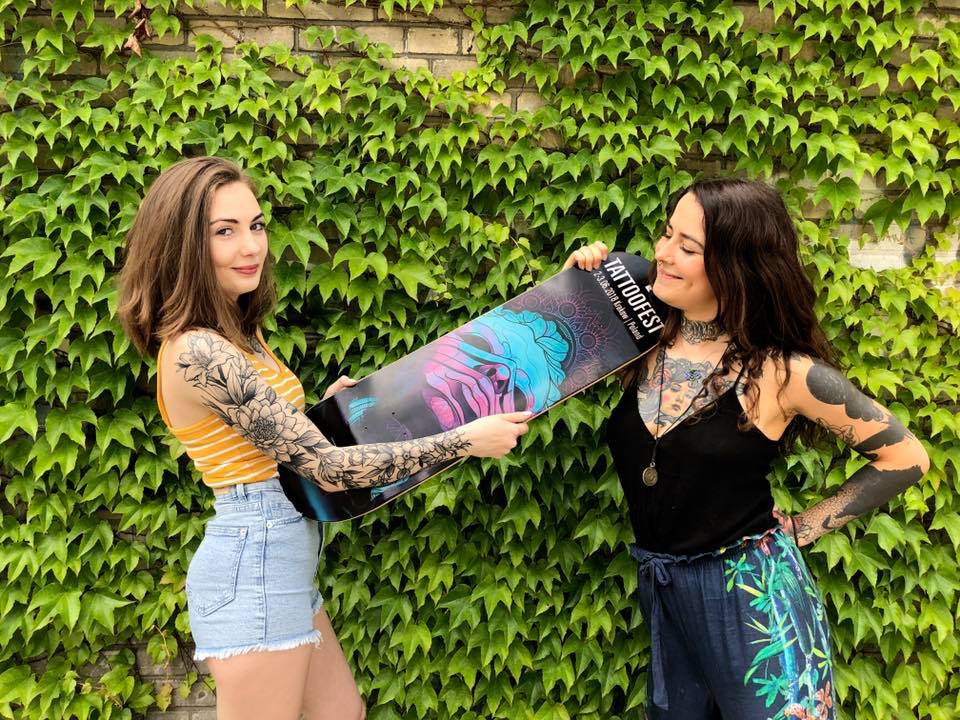 Females are not only getting more tattoos than men in Poland now but there is a new generation of talented female tattoo artists such as Patrycja Komudzińska (left) and Oliwia Daszkiewicz (right).oliwiadaszkiewicztattoo/Facebook 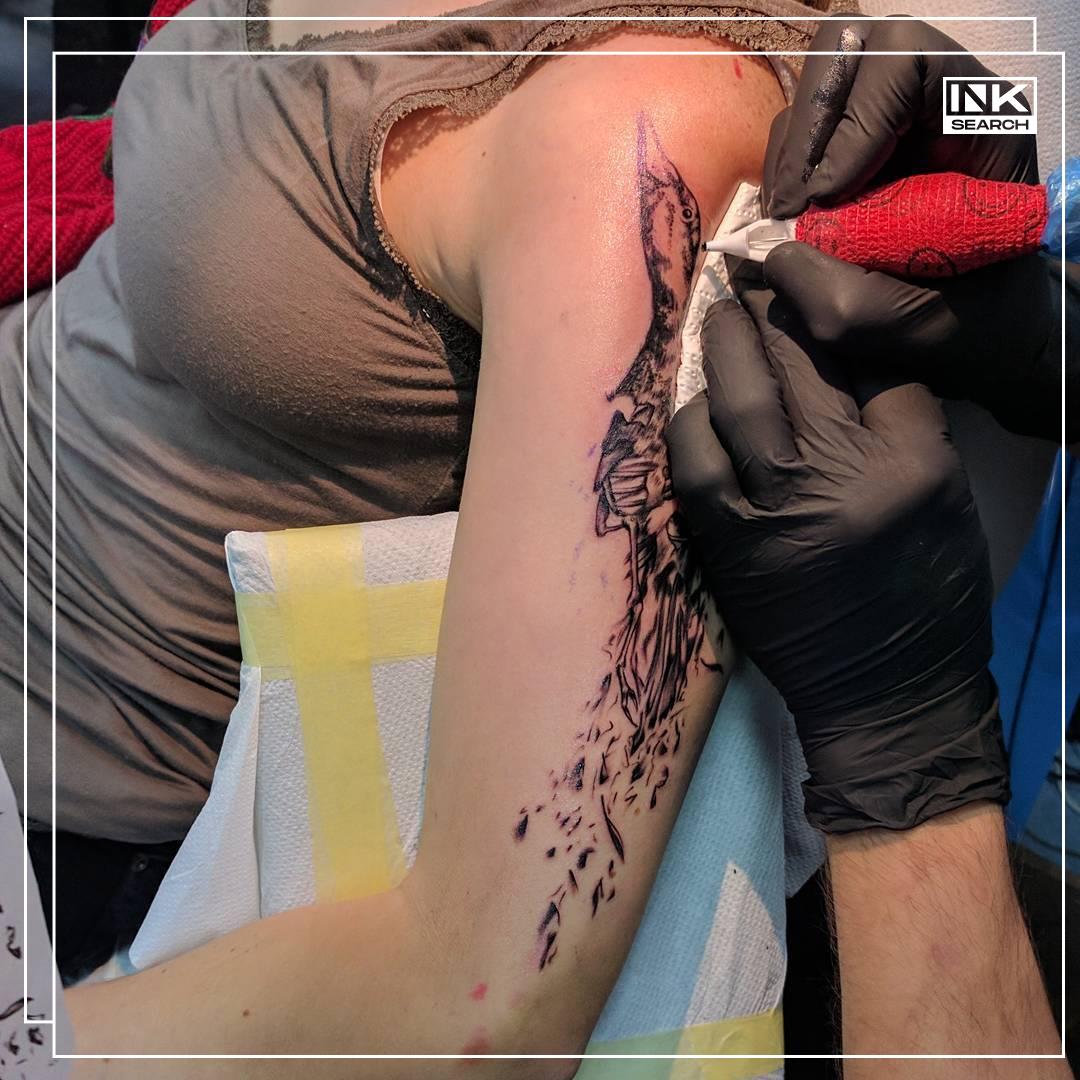 “Women's tattoos with wings, birds, butterflies, dragonflies, feathers or arrows pointing upwards - all the elements that symbolize ascent are a common theme that ladies choose. In this way, they want to show their position in relation to their experiences, that they are above what has happened to them and they always look up to the future. This is a subtle but very positive touch. Artists make every effort to ensure that each of these projects, despite repeating motifs, is created individually, and the stories behind it are personal, different from everyone else,” Marta Wierzba, journalist for Tattoofest Magazine, said.inksearch/Facebook 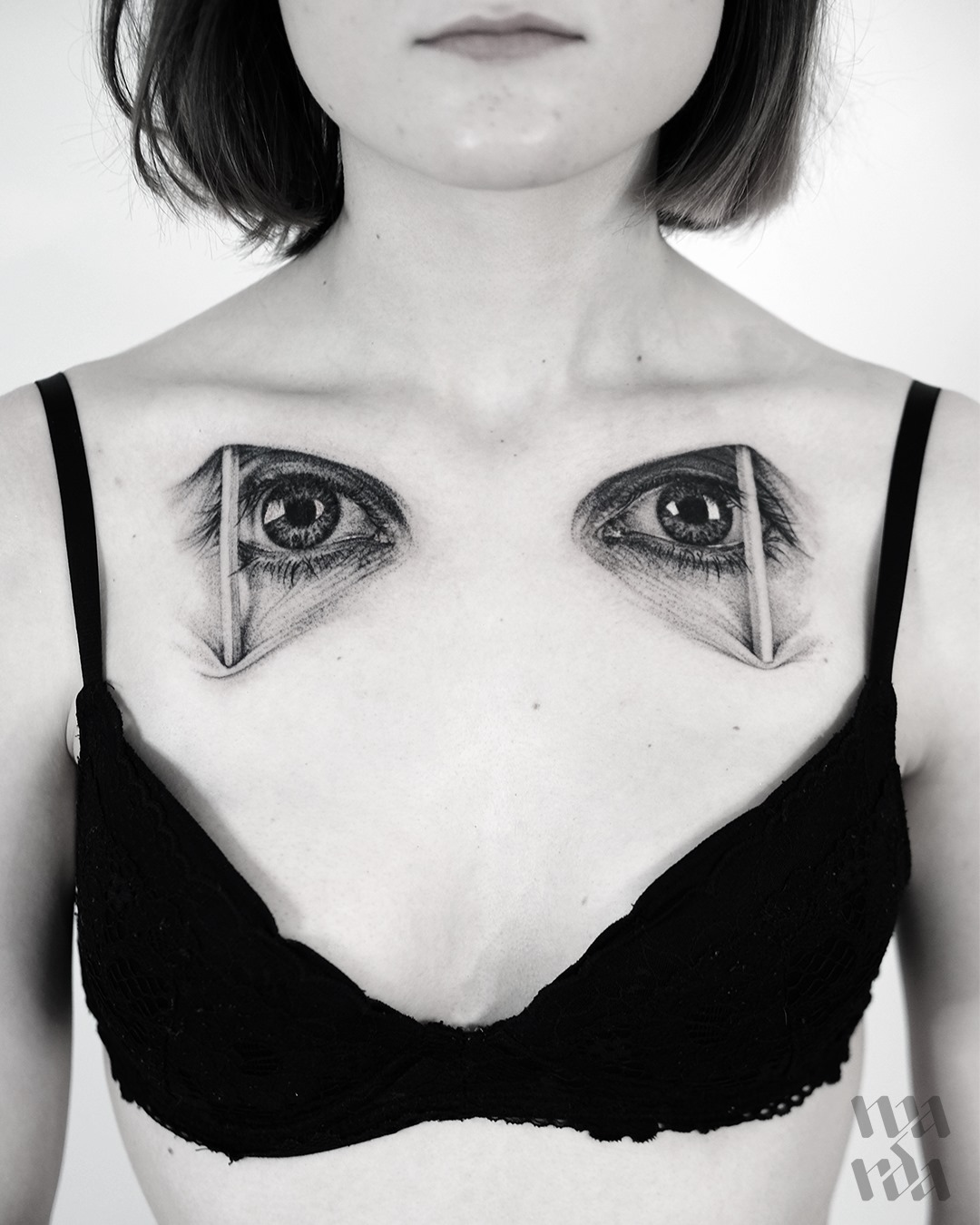 According to 2018 research by World Atlas 6 of the 10 most tattooed countries were in Europe. Italy was first, Sweden second with the USA in third. Also in the top ten were France, UK, Denmark, Spain, Brazil, Argentina and Australia.Warda Tattoo/Facebook 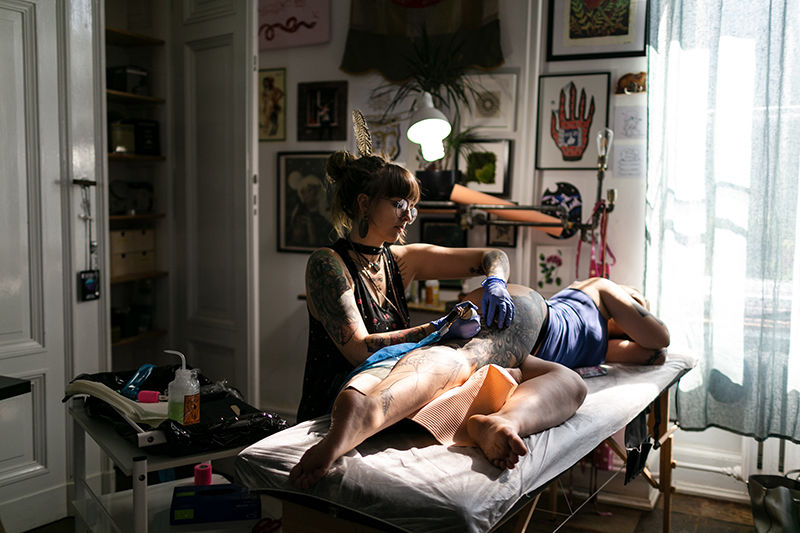 “From an old railway building, myself and my boyfriend created a space where people get to express the beauty of their bodies and souls. 160 square metres of safe space for artistic and spiritual growth. Half of it dedicated to body art, half to the pure beautification of the soul,  yoga, workshops, lectures, you name it,” Dżo Lama, a tattoo artist from Wrocław, said.dzolama.com 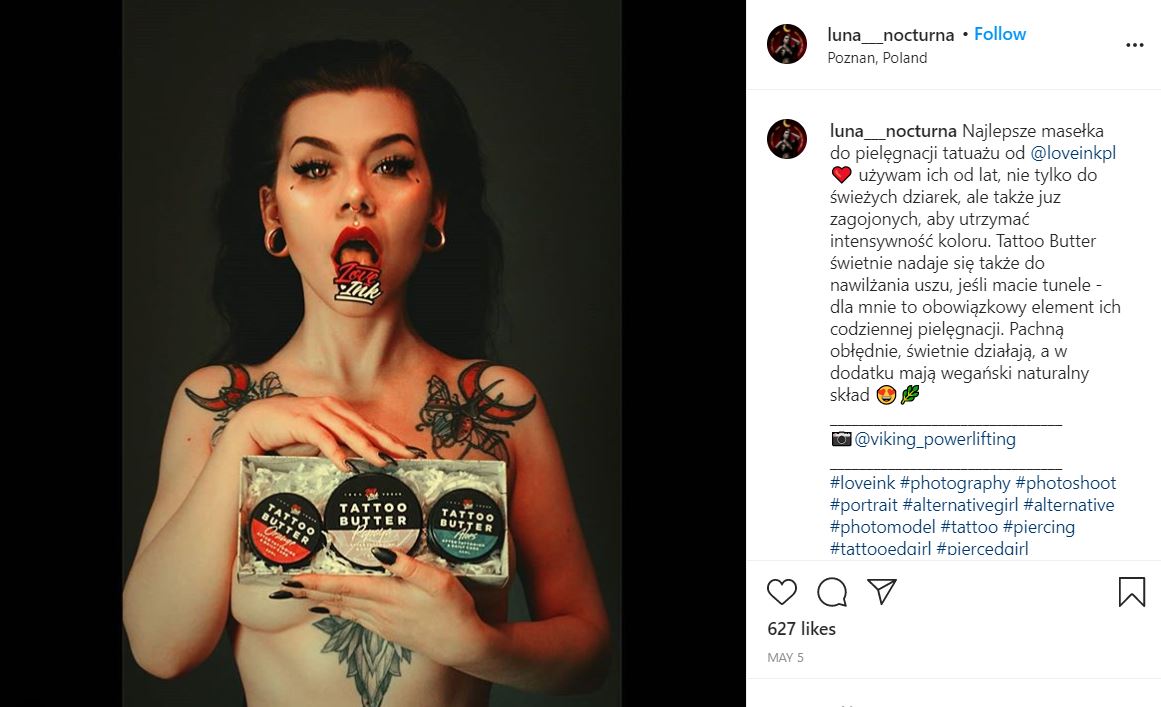 “Almost every tattoo I have was made by a different tattoo artist and that's because we have many great artists in Poland. None of them were made spontaneously, each one is carefully thought out and suited to me. Just like with photo sessions, these are mainly original ideas that I present to the tattoo artist, and he possibly introduces his corrections,” Luna Nocturna, alternative model, said.luna___nocturna/Instagram