Un-bear-lievable! Wojtek the 'soldier bear' gets his own tartan

Wojtek the bear, who became a mascot of Poland’s army in exile during the war, is to have his own tartan after a school in Edinburgh commissioned an official “Wojtek tartan” to be used as part of the school’s uniform.

The Polish run Wojtek No Boundaries School in Edinburgh decided to commission the tartan to celebrate the famous bear’s unusual life story and to commemorate 2018 being the year in which Poland celebrates its 100th anniversary of independence.

Rescued in Iran as a cub in 1942 and adopted by the 22nd Artillery Supply Company of the Polish II Corps, Wojtek travelled with Polish soldiers from the Middle East and North Africa to the battlefields of Europe where he played an active role carrying ammunition at the Battle of Monte Cassino. To relax, he enjoyed drinking beer, smoking/eating cigarettes and sparring with his fellow soldiers.

After the war he lived out the rest of his days in Edinburgh zoo where he became a celebrity. Wojtek was regularly visited by ex-comrades with whom he had fought alongside, as well as locals and visitors who came to see the famous soldier bear. Wojtek died in 1963 at the age of 21.

The Wojtek No Boundaries School was set up in Edinburgh in 2009 as a non-profit Saturday school with the goal of maintaining a sense of Polish cultural identity in the city’s Polish children and raise awareness of Poland’s language, history and the geography. 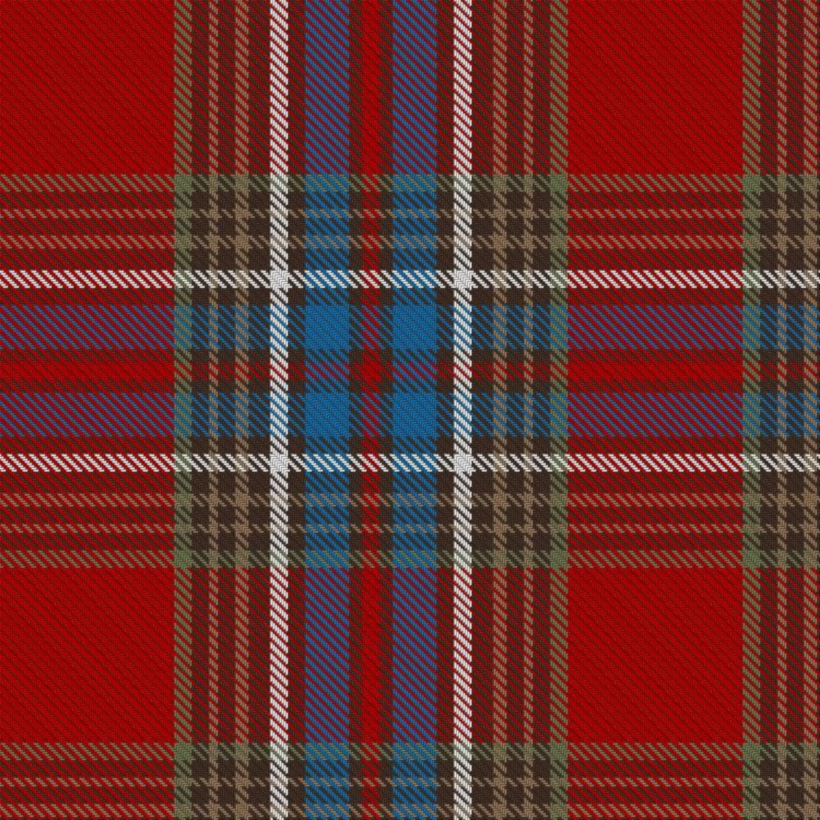 Wojtek’s tartan weaves together the colours of the Polish and Scottish flags, the green of army uniforms and the brown of bear.Tartan Register

The tartan itself, designed by Lesley A. Duncan, incorporates the red and white colours of the flag of Poland, green to symbolise the soldiers’ uniforms, blue and white for the Scottish flag and brown to represent Wojtek himself.

The new plaid has been officially entered into the Scottish Register of Tartans. Owing to the strong historical links between Scotland and Poland this is not the first time that Poles have been granted a tartan which they can call their own.  In 2006 the register also added a tartan designed for Poles living in Scotland, which may also be worn by those who associate themselves with Poland and Scotland living around the globe.

In 2015 a monument to Wojtek was erected in Princes Street Gardens, Edinburgh. As well as numerous books about his adventures, there is a fascinating documentary film entitled ‘Wojtek: The Bear That Went to War’ (2011), narrated by acclaimed English actor Brian Blessed. Also a Scottish-backed animated feature film is currently in production with the same team that created the legendary ‘The Snowman’ animated movie.