When Chopin died in France at the early age of thirty-nine his famous deathbed wish was that his heart should be cut out from his body and sent to Poland.

Terrified of waking up in his own coffin, he said to his sister Ludwika, “Swear to make them cut me open, so that I won’t be buried alive.”

This final morbid request set in motion an astonishing series of events connected with his heart that have lasted over 170 years.

They have involved his heart being smuggled into Tsarist-controlled Poland in a jar of cognac, lying for years in a junk yard, being seized, or perhaps saved, by the Germans during the Warsaw Uprising and finally being the subject of intriguing scientific analysis.

It was this last chapter that caught the attention of the world a few years ago, when Chopin’s heart was taken out of its casket from a pillar in the Holy Cross Church in Warsaw for the first time since October 1945.

It is common to hear in Poland that Chopin died of a broken heart that longed for its homeland. The real reason for his death, though, was widely attributed to tuberculosis. Yet, there have been doubts about the real cause for more than 170 years. 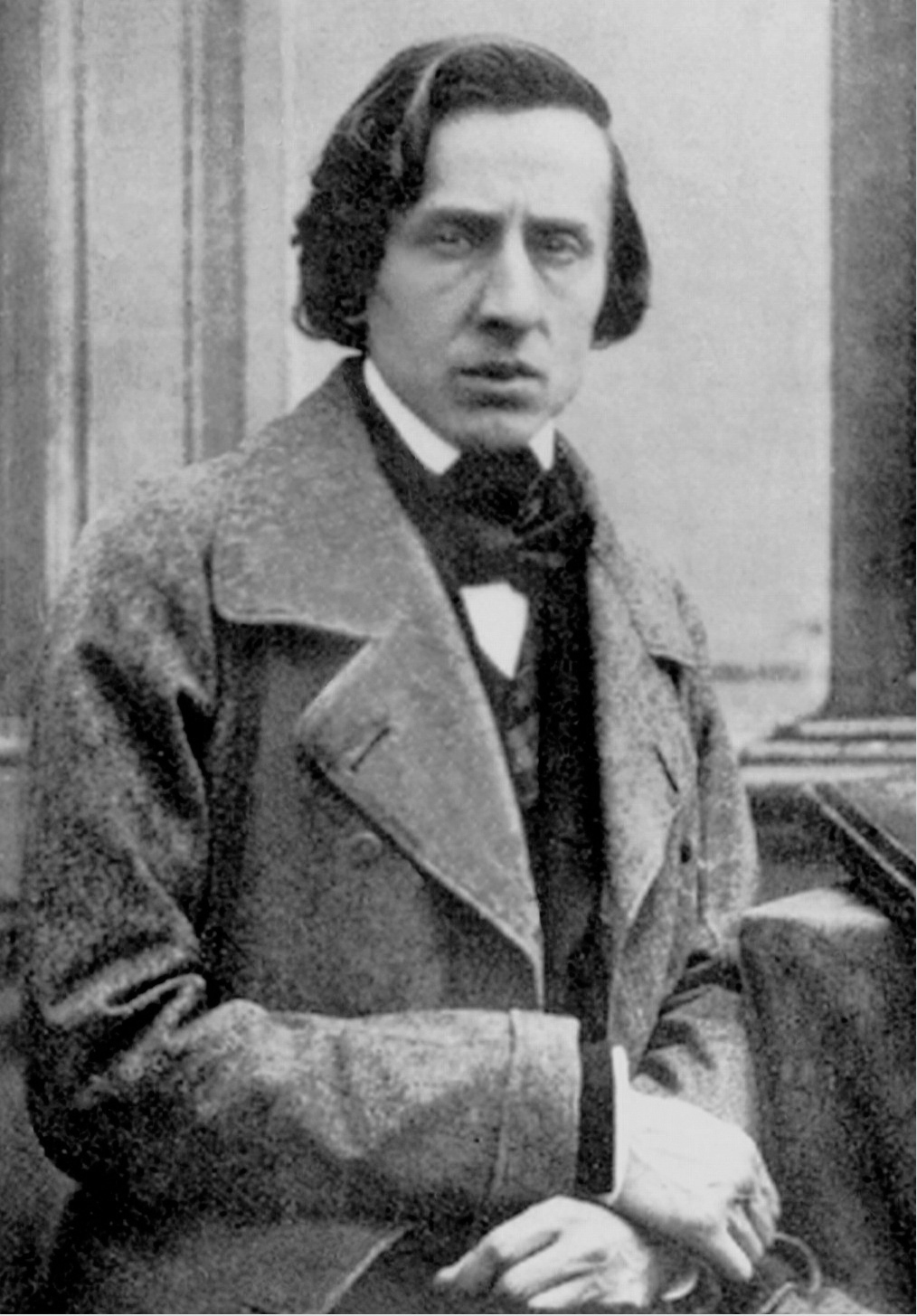 Chopin pictured in 1849. The composer was plagued by ill health for most of his life.Public domain

Chopin was sickly for most of his life. At the age of 28, he weighed just 45 kg and was diagnosed with tuberculosis, which was treated with fasting and drawing blood.

He often suffered from respiratory infections and coughed for most of his life. Throughout his last 10 years he took opium.

The report prepared by doctors upon his death no longer exists. However, accounts say that the cause of death was given as lung and laryngeal tuberculosis. Over the years, other hypotheses appeared, including cystic fibrosis.

Scientists thought that if they could examine his heart, they could finally determine the cause of his death.

After warnings that the alcohol in the jar containing the organ might have evaporated after 170 years, they finally got their chance when church bosses agreed to open the casket.

When a carefully selected conclave of churchmen and scientists met in secret late one April night in 2014 to open the casket, what they found was an enlarged and floppy heart, still submerged in an amber-brown liquid. This was most likely cognac, commonly used for tissue preservation in the 19th century. 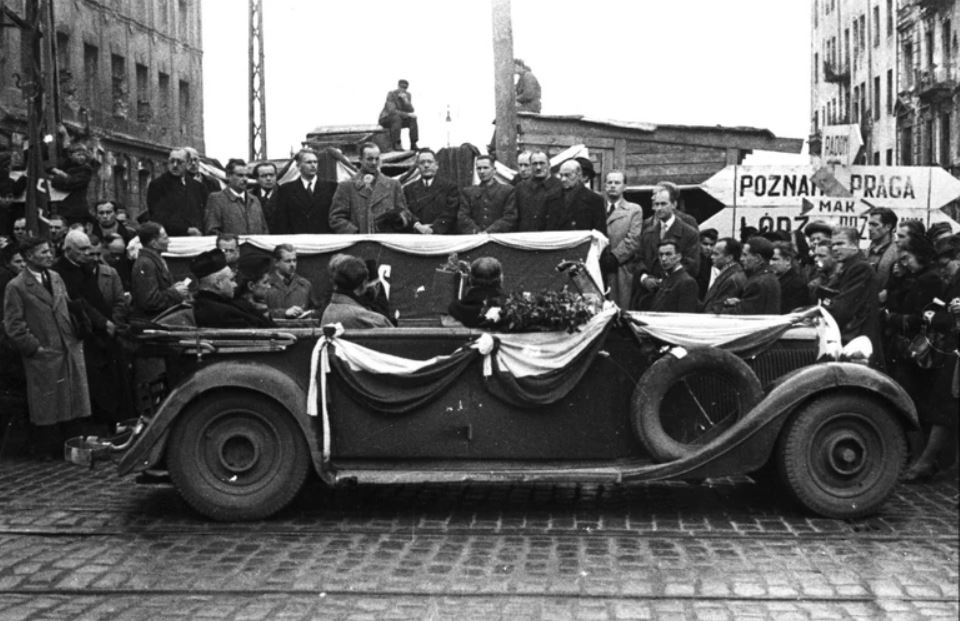 The researchers saw that the heart was covered with a fine coating of white fibrous materials. Small lesions were visible, the tell-tale symptoms of serious complications of tuberculosis.

The researchers concluded the musician had suffered from pericarditis, a rare complication of chronic tuberculosis. The diagnosis was published in the American Journal of Medicine at the end of 2017.

One of the authors, Professor Michał Witt, head of the Department of Molecular and Clinical Genetics of the Institute of Human Genetics of the Polish Academy of Sciences in Poznań, said: “We didn’t open the jar […] But from the state of the heart we can say, with high probability, that Chopin suffered from tuberculosis while the complication pericarditis was probably the immediate cause of his death.”

The heart in a hermetically sealed crystal jar 16 centimetres high and 12 centimetres in diameter. The preserving liquid had lost at most half a centimetre.

The jar was located in a wooden box lined with lead panels. They did not open the jar. Instead, after a thorough visual examination, they strengthened the seal with bee’s wax.

One thing that they noticed was that the heart had suffered slight damage, probably from being buffeted on the journey from Paris to Warsaw. 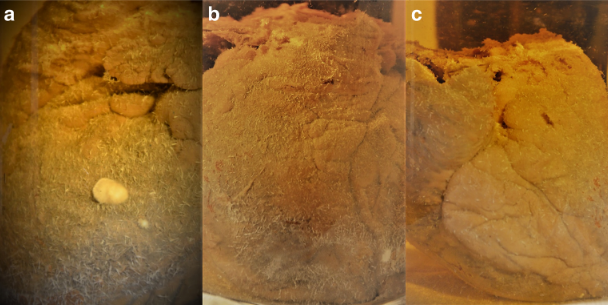 An examination of the heart in 2014 came to the conclusion that Chopin had died from complications caused by TB.hopin's heart  I should credit all those guys? Michał Witt, Artur Szklener, Wojciech Marchwica, Tadeusz Dobosz

The journey is believed to have taken place in 1850. At the time Poland was a constituent part of the Russian empire. Chopin was regarded as a national hero, so to avoid difficulties with the Tsarist authorities Chopin’s sister Ludwika decided to smuggle the heart into Warsaw. Legend says that she hid the jar with his heart under her skirt.

It was Chopin's wish to be laid to rest with his family in Powązki cemetery in Warsaw. However, as only his heart came back to the country, the choice was made to give it to the Holy Cross Church.

This was where all the family celebrations had been held, it was the Chopin family's parish church and it was the most important church in Warsaw.

Unfortunately, the church did not want the composer’s heart. His relationship with the progressive writer George Sand, who changed lovers like pairs of gloves, was deemed a scandal by the church hierarchy.

The heart of one of the world’s greatest ever composers was therefore dumped in part of the crypt where broken odds and ends were kept, in effect a junkyard.

It was probably thanks to this that it survived the plunder of the church by Russians soldiers during the 1863 January Uprising. In 1880, and epitaph was finally ordered. However in the intervening years, people had forgotten exactly where the heart was. 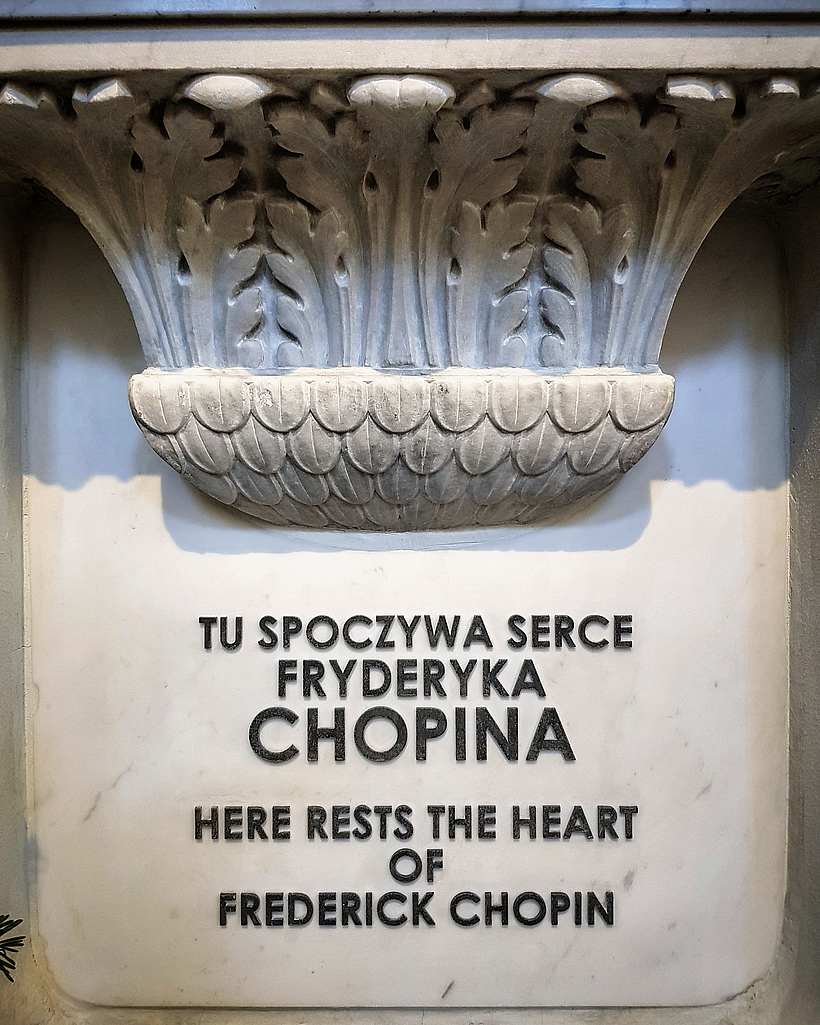 The current resting place of the heart in the Holy Cross Church.Kalbar/TFN

Eventually, a local journalist tracked it down to the crypt and the heart was moved to the main church with great honour.

His heart stayed there until the Warsaw Uprising in 1944 when it faced its greatest danger. But what exactly happened to Chopin’s heart during that turbulent time remains a mystery.

According to the wartime account of Father Alojzy Niedziela, a young priest at the Holy Cross Church, a German chaplain entered the church in early August and said that eventually the fighting would engulf the church. He asked therefore that Chopin’s heart be removed for its safekeeping.

The Archbishop is said to have taken the heart to Milanówek and hidden it inside a piano until October 17, 1945, when it returned to Warsaw. 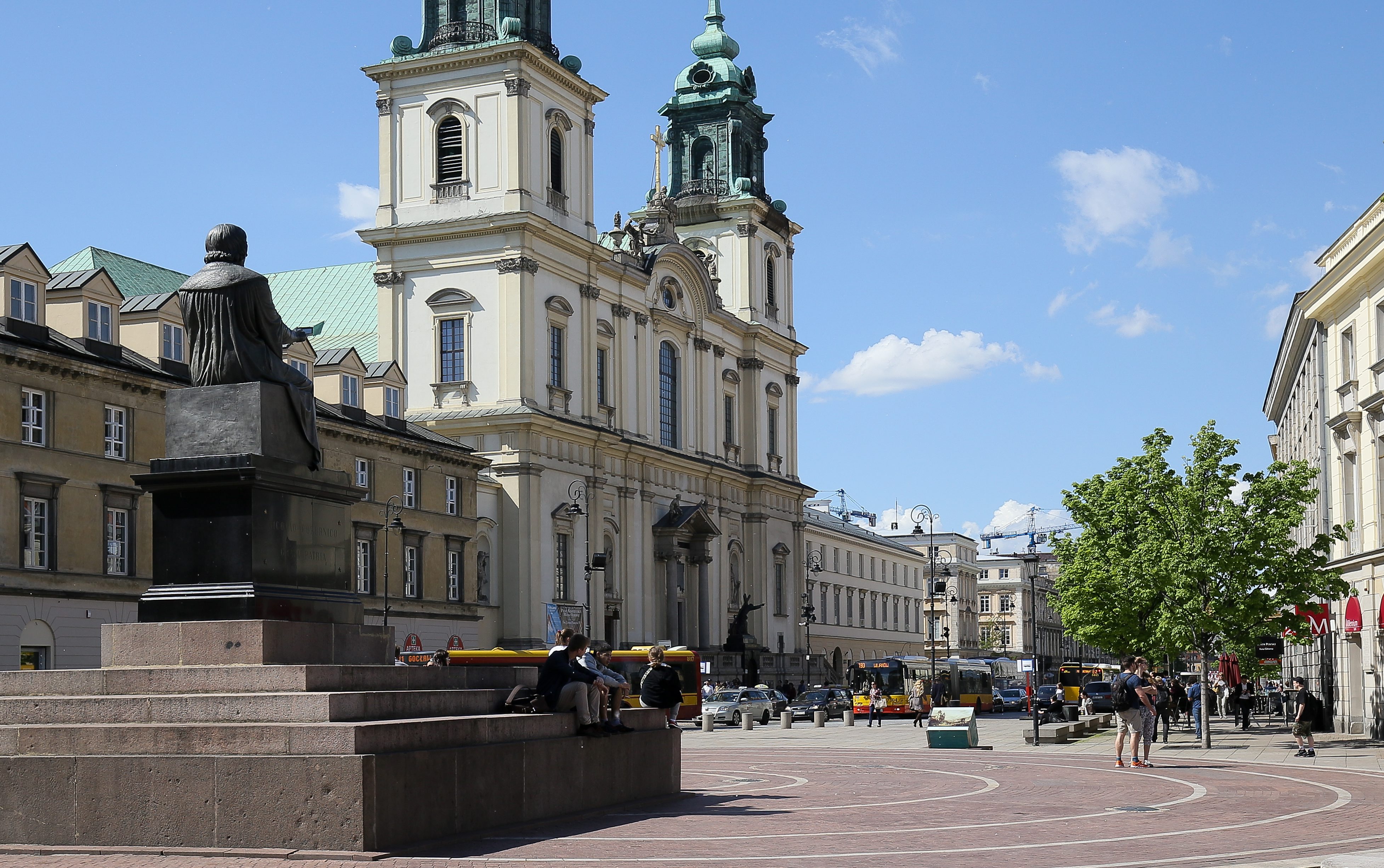 Some stories claim that a German priest may have removed the heart from the church during the war, thus saving it from destruction.Leszek Szymański/PAP

However, Home Army reports say that the heart was in their possession when they seized the church around August 23, and that it only fell into German hands when they regained control of the church a few days later.

Chopin experts have not been able to reconcile the conflicting accounts to this day.

The heart finally came back to the Holy Cross Church on the anniversary of the composer’s death on October 17, 1945.

After all this turbulence, it looks likely that Chopin’s heart can now rest peacefully until the next scheduled viewing in 50 years.

However, some scientists are keen to open it and carry out DNA tests. Professor Witt opposes this idea though.

“Genetic testing would require the jar to be opened, which could expose the preparation to serious damage as the atmosphere inside can change dramatically. This can have a very bad effect on what is inside,” he said.