Home is where the heart lies: how Warsaw shaped Chopin and won his heart forever

Polish poet Cyprian Kamil Norwid described Fryderyk Chopin as, “A Varsovian by birth, a Pole in his heart, a citizen of the world by virtue of his talent.” He is Poland’s gift to the humanity, the Japanese venerate him and many in France even claim him as one of their own, but it was Warsaw, where the gifted pianist and composer grew up, that created the prodigious talent.

It was Warsaw, then just a regional city within the Russian Empire, where the young, illness-prone boy went to school, studied music and first fell in love. Fryderyk would often be seen on Krakowskie Przedmieście or Miodowa Street rushing to an English lesson, meeting with pals in a favourite cafe or rifling through the racks in search of the latest sounds in a sheet music shop.

When he left his home city in 1830 aged just 20 and never to return, he was already a fully formed virtuoso. 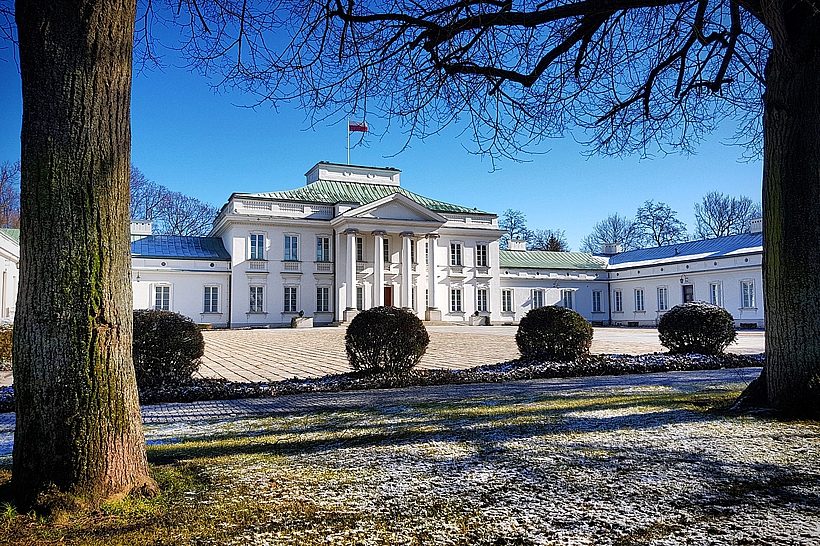 The Belvedere Palace, which was in Chopin’s day the seat of Russian power.Kalbar/TFN

Piano soloist and music instructor Jakub Tuszyński told TFN that his time in Warsaw “was crucial for the development of his personality, as well as his individual style of composing, which is still recognisable in every corner of the world.”

“He composed his first works in Warsaw – Children's Polonaises written at the age of seven,” he said. “It was here, under the influence of his first love for Konstancja Gładkowska, that he composed two outstanding piano concertos: F minor op. 21 and E minor, Op. 11.”

However, as any Polish school child will remind us, he wasn’t born in Warsaw, but 60 kilometres west in Żelazowa Wola in 1810, where the still-standing manor house forms ground zero for the Chopin cult that burns like a sacred flame in the land of his birth.

A few months later, the Chopins moved to the big city, finding comfortable staff quarters in the Saxon Palace, where Chopin’s father worked as a French language teacher in the Warsaw Lyceum. 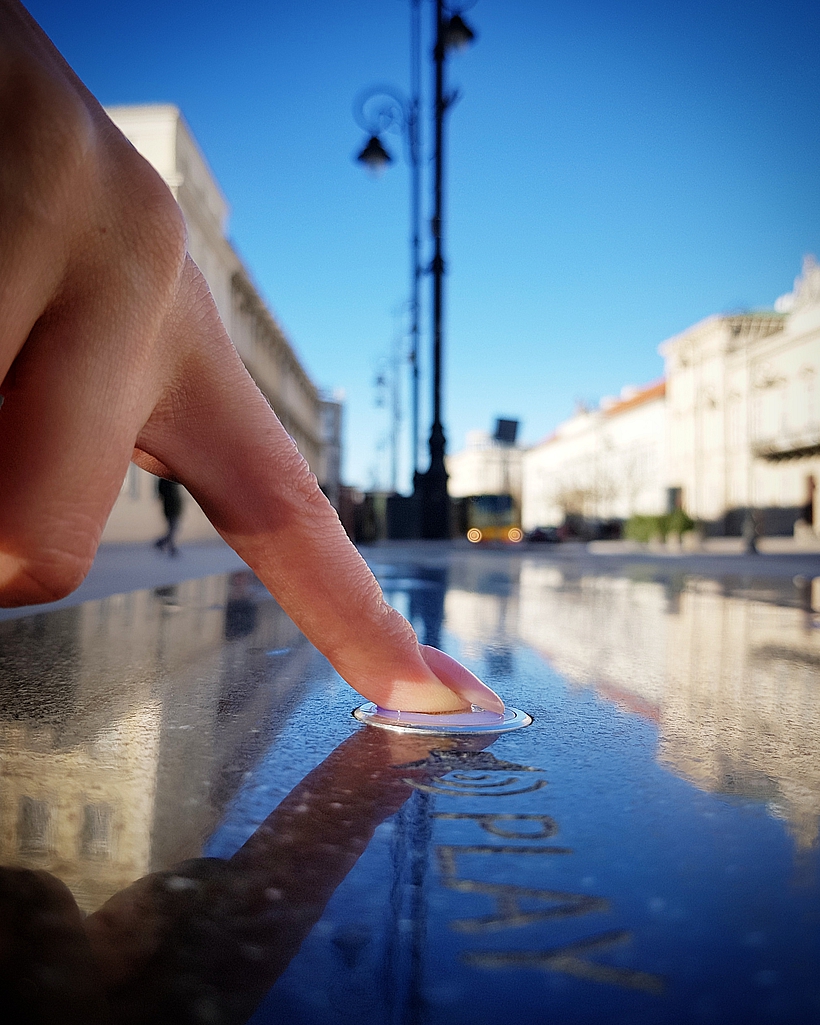 People can still get a dose of Chopin thanks to the musical benches in the city.Kalbar/TFN

From there, the family moved to the Kazimierz Palace, which stands on the grounds of Warsaw University. The Chopins also ran a highly reputed school for boys there and from a very young age, Fryderyk would listen to his father’s pupils and his sister Ludwika play the piano.

“Thanks to this, the pianist could take lessons with eminent teaches such as Józef Elsner for composition and Wilhelm Wuerfel for playing the piano. It allowed him to develop his own technique and compositional language.”

In 1827, following the death of Emilka, Fryderyk's youngest sister, the Chopins moved to a larger apartment in the left wing of the Krasiński Palace on Krakowskie Przedmieście. Here Fryderyk was given his own room to work in and numerous artists, scholars, and young friends came to visit. The apartment was Fryderyk’s last home in Warsaw before his departure in 1830. 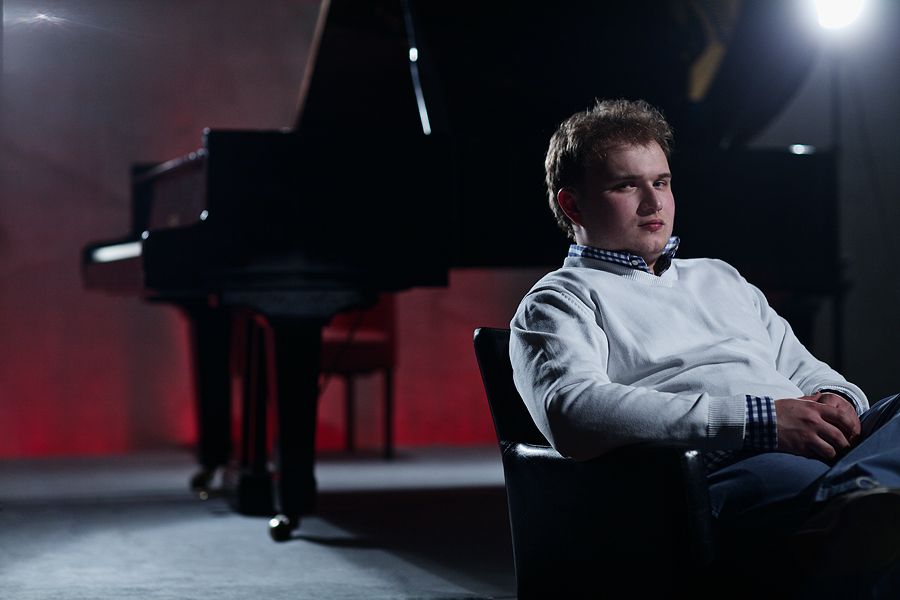 “It was in Warsaw, under the influence of his first love for Konstancja Gładkowska, that he composed two outstanding piano concertos: F minor op. 21 and E minor, Op. 11” told TFN Jakub Tuszyński, piano soloist and music instructor.Courtesy of Jakub Tuszyński

In 1826-29, Chopin studied at the Main School of Music, which was part of Warsaw University. Practical lessons, though, took place at the Warsaw Conservatory in a building that no longer exists between Castle Square and St. Anne’s church. The place was special to Fryderyk. It was where he met his first love, Konstancja Gładkowska, who charmed the impressionable student with her singing gifts.

When he wasn’t practicing chords or working on composition, Chopin would polish his English at classes with pals. One, Wilhelm Kolberg, described in his memoirs, “In 1829, I was living on Krakowskie Przedmieście in a tenement house on the corner of Oboźna. Chopin and his parents lived in the Krasiński Palace. He came to me three evenings a week for English lessons, which we took with Julian Fontana from a teacher of Irish extraction well known in Warsaw at that time, Makartnej (sic).” Whether McCartney and Chopin ever struck up a duet on the piano will remain one of history’s secrets.

From a young age, Chopin had drawn attention and plaudits for his prodigal abilities. When he was just eight, he astonished an audience at the Radziwiłł Palace (now the President’s Palace) and was invited back several times. At ten, his playing wooed visiting singing siren Angelica Catalani, who gifted him a pocket watch inscribed “January 3rd 1820 – to the ten-year-old Fryderyk.”

It wasn’t long before Chopin came to the attention of Russia’s viceroy in the wing-clipped, puppet Kingdom of Poland, Grand Duke Constantine. The musician was invited there regularly to entertain the Duke and Duchess. 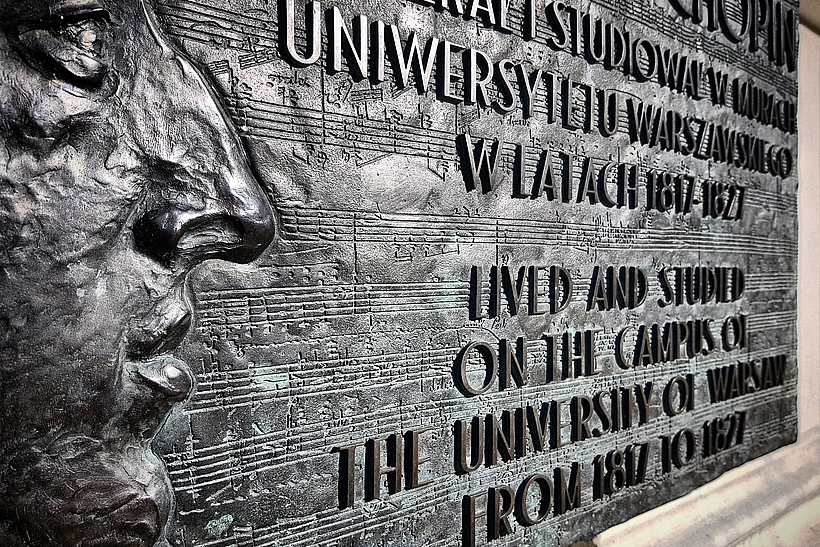 Chopin developed his talent while studying in Warsaw.Kalbar/TFN

This inner sanctum of Russian imperialist power must have been bewildering to the cosseted teenager. The palace staff were often selected for their tremendous height, while others were midgets. The Belvedere grounds were cared for by petty criminals who carried out their chores in shackles.

Krakowskie Przedmieście was home turf for the Chopins. Chopin’s younger sister lived in the Zamoyski Palace near the corner with Nowy Świat and Fryderyk gave her one of his pianos when he left the city.

It survived until 1863, when after a failed attack on the life of the tsar’s viceroy, General Fyodor Berg, from the windows of the palace, tsarist soldiers evicted all the tenants and destroyed and plundered their apartments. Chopin’s piano was thrown out of the window and smashed into a thousand pieces on the street below. The event inspired Cyprian Norwid, to write his poem ‘Chopin’s Grand Piano’.

Chopin last view of his beloved home city would have been from the window of a carriage as it pulled out of the coach house at the Wessel Palace on his way to Vienna. His friends and his mentor Józef Elsner gathered to bid him farewell and they even performed a cantata that they had prepared specially for the solemn departure.

Today, Warsaw squeezes every ounce of benefit it can from its association with Chopin, but the relationship is not a one-way street. 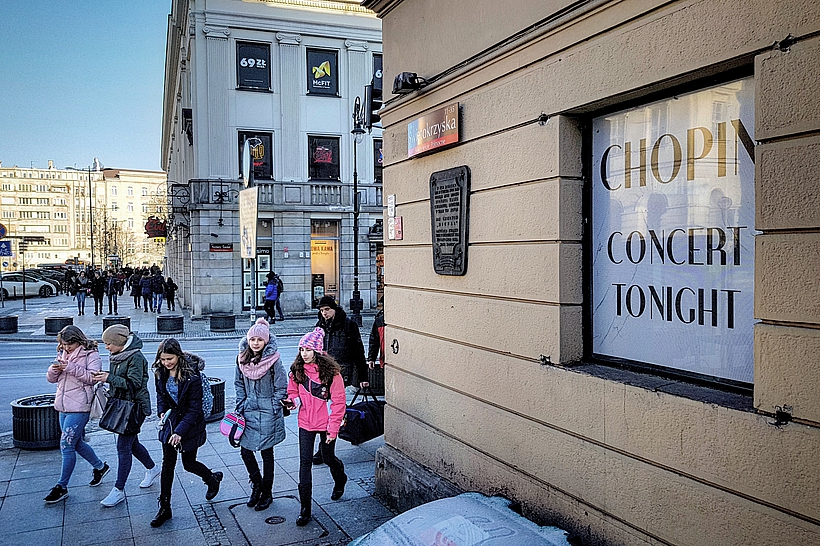 Take any week of the year and there will be a Chopin concert taking place somewhere in the city.Kalbar/TFN

“Warsaw was certainly very positive for Fryderyk Chopin. First of all, as a place where he experienced musical success, but also of his first love and youthful experiences. No wonder that in 1830 the twenty-year-old Fryderyk did not want to leave the city, which was home to him, and to which he did not return,” Tuszyński reminds us.

There is one more point, however, on Fryderyk’s Warsaw journey. Although he was buried in France after his death in 1849, at his request his heart was cut out and placed in a glass jar preserved in alcohol and taken back to Poland by his sister Ludwika. After many twists of fate, it was placed, fittingly, in the Holy Cross Church on Krakowskie Przedmieście after the war in 1945.

Under the urn, which is set into a pillar in the nave, is a quotation from the Gospel according to St Matthew: “For where your treasure is, there will your heart be also.”