Home fit for a prince: apartments of Prince Józef Poniatowski open to the public

The historical apartments of one of the greatest figures in Polish history, Prince Józef Poniatowski, have been upgraded, expanded and adorned with a wide array of new exhibits.

The exhibition at the Copper-Roof Palace, which adjoins the Royal Castle in Warsaw, is now the most extensive exhibition in Poland on the important Napoleonic period in the country’s turbulent history. 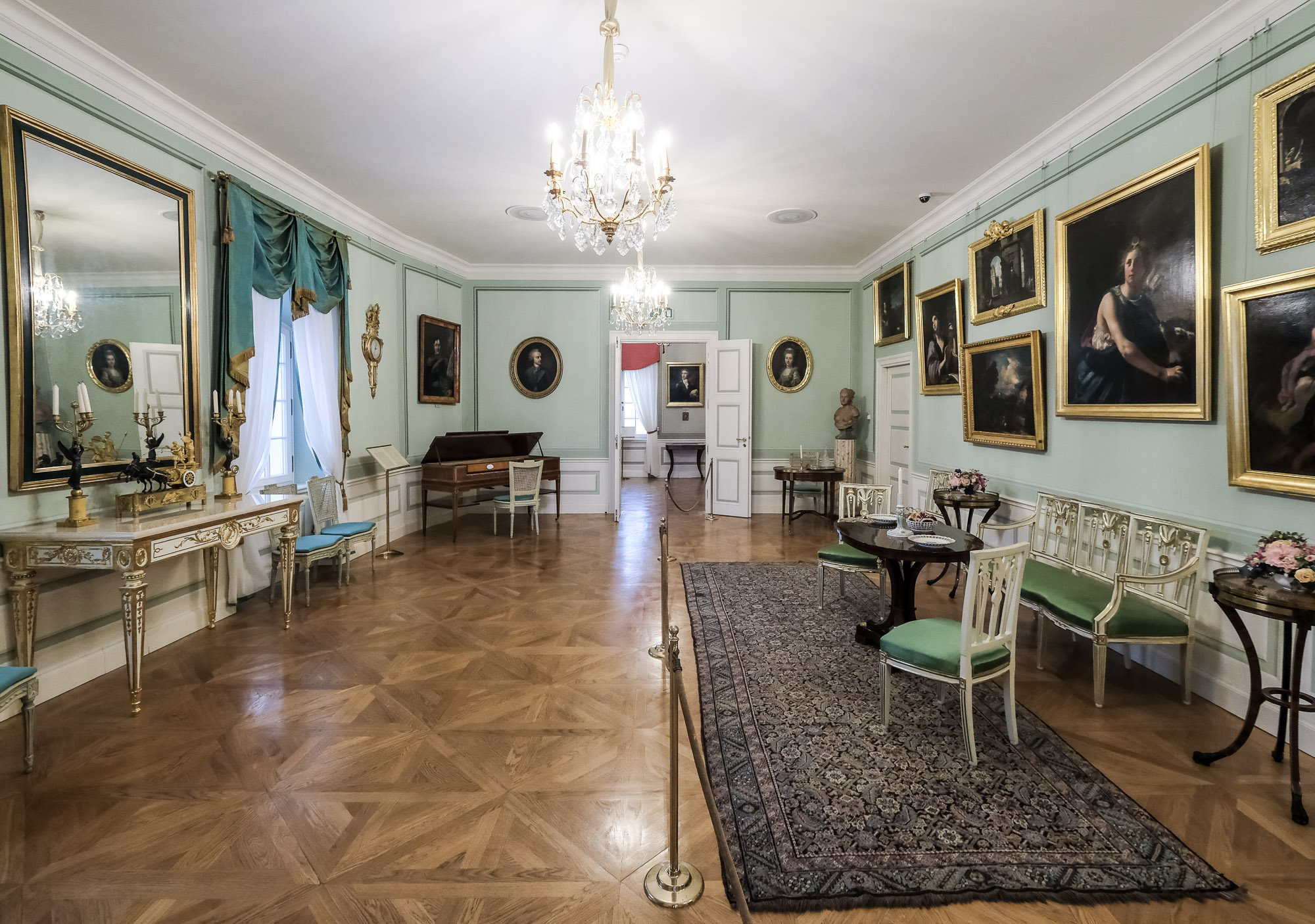 Many of the rooms have been refurbished with period furniture.Kalbar/TFN

Poniatowski was one of the greatest Polish commanders in its history. He was an ardent patriot who saw an opportunity to regain independence by fighting alongside Napoleon Bonaparte.

To this day, his equestrian statue stands in front of the Presidential Palace in Warsaw. Józef Poniatowski, was the nephew of the last king of Poland, Stanisław August Poniatowski, and he himself could have followed in his uncle's footsteps and sit on the Polish throne. 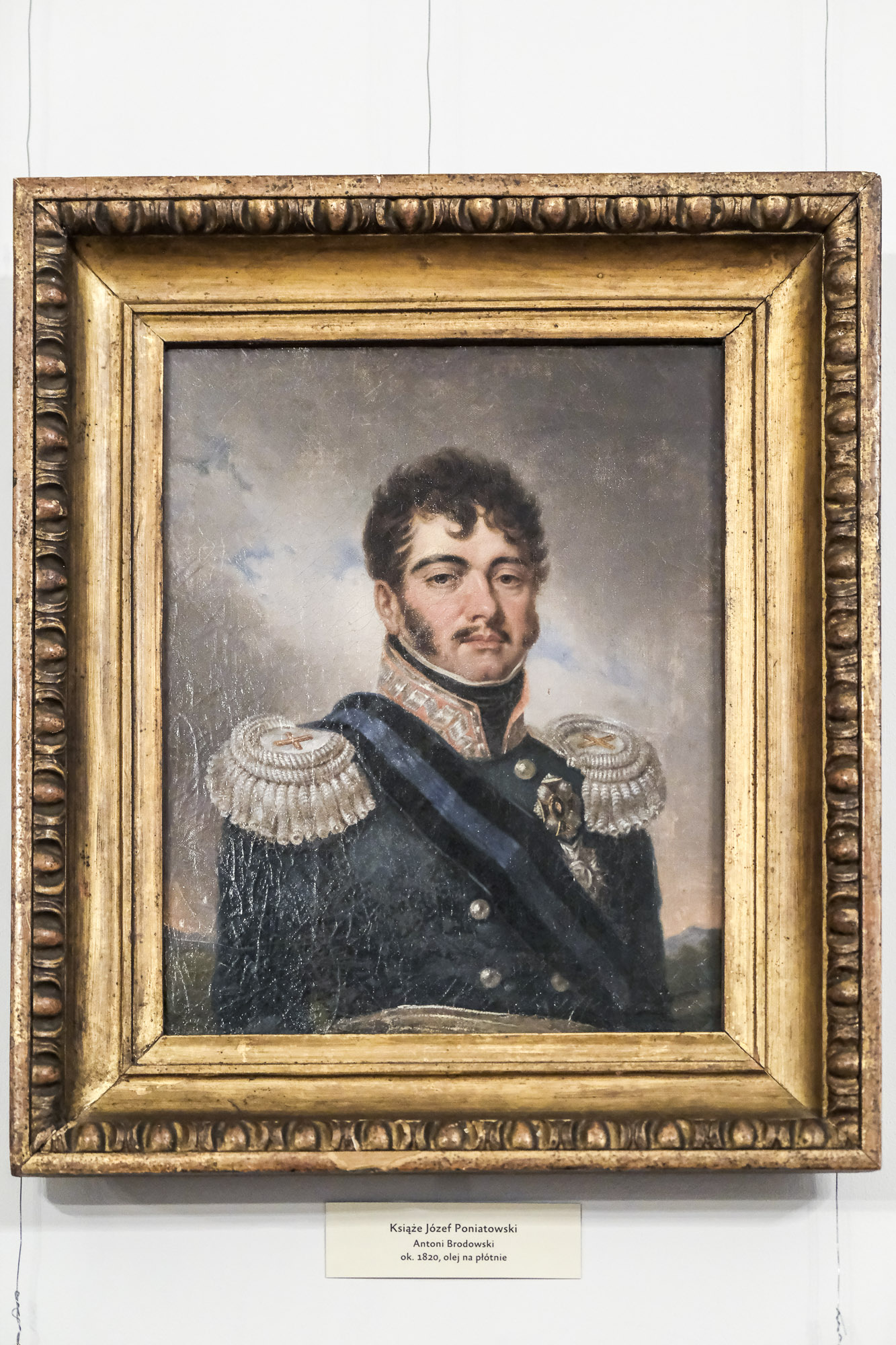 Prince Józef Poniatowski: known for his prowess at fighting battles and seducing women.Kalbar/TFN

With a small army of the Duchy of Warsaw, he successfully confronted the forces of mighty Austria, and cut through Russia with Napoleon on the way to Moscow.

Poniatowski extended the borders of the microscopic Duchy of Warsaw, increasing the financial and military clout of what was intended to be a precursor of a future independent Polish state. 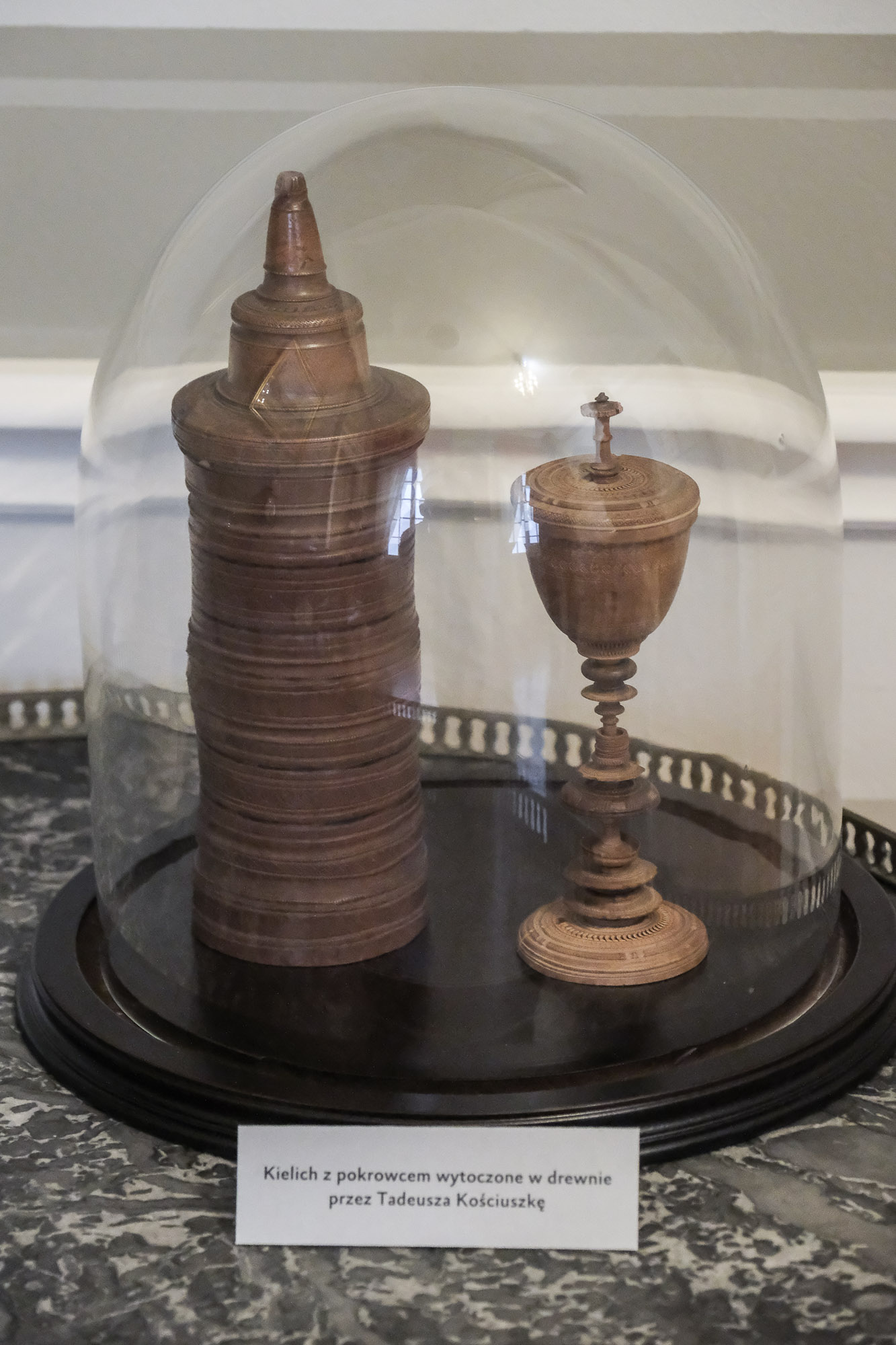 A wooden drinking vessel and holder carved by Tadeusz Kościuszko.Kalbar/TFN

He was the only foreign Marshal of France, and even when Napoleon was defeated, Prince Joseph remained faithfully by his side until his death on October 19, 1813.

His earlier life is a classic biography of a wealthy, cosmopolitan aristocrat, whose party lifestyle, crazy pranks and womanising were the subject of wild gossip in Warsaw.

He underwent a remarkable transformation from a playboy and dandy to military leader and statesman. 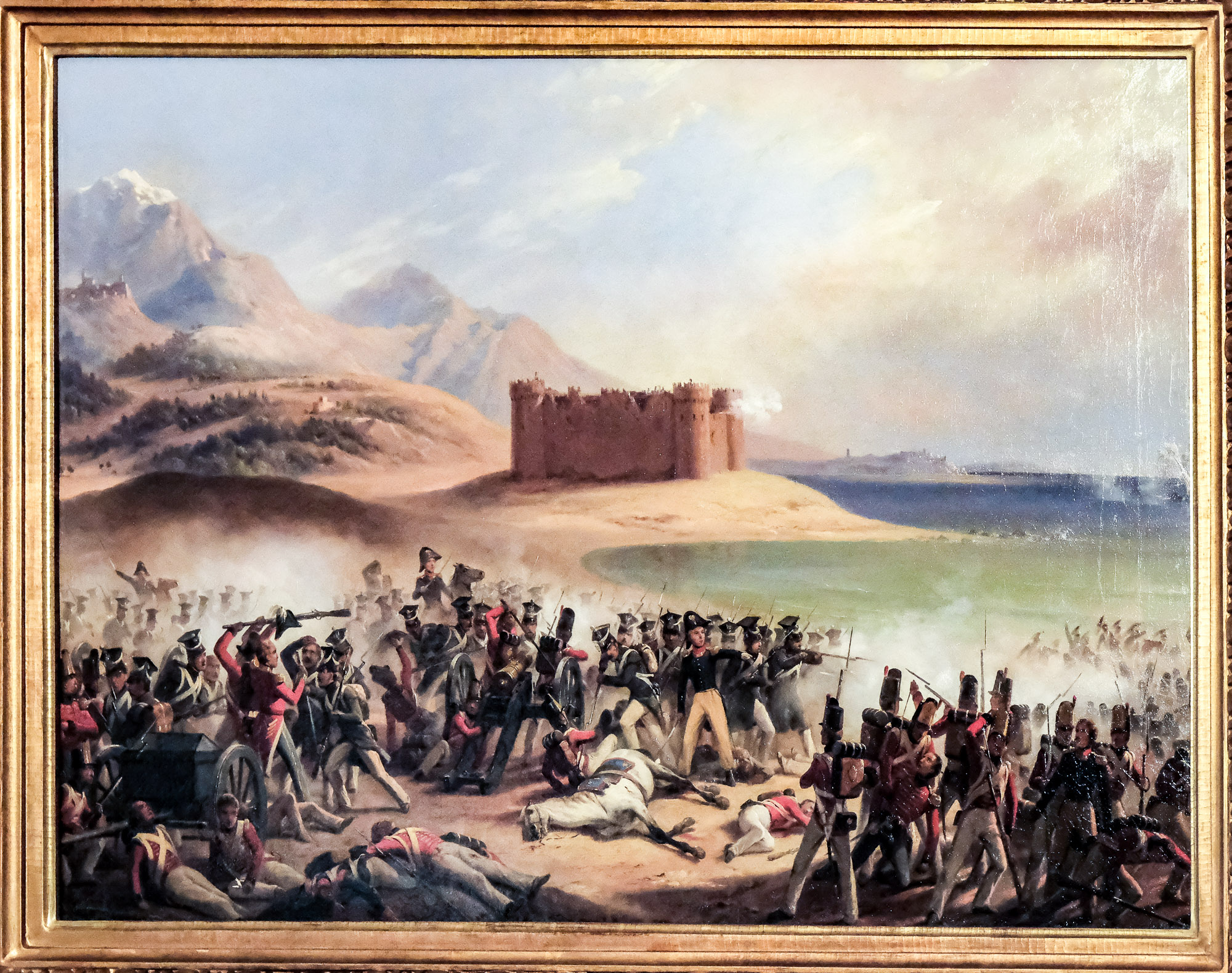 Polish infantry at the Battle of Fuengirola.Kalbar/TFN

The memory of this unique and legendary character is distilled, nurtured and on display in his former apartments in the Copper-Roof Palace, which was gifted to him by his uncle the king.

The beautifully decorated and furnished rooms in their updated form started to receive visitors on Thursday this week. 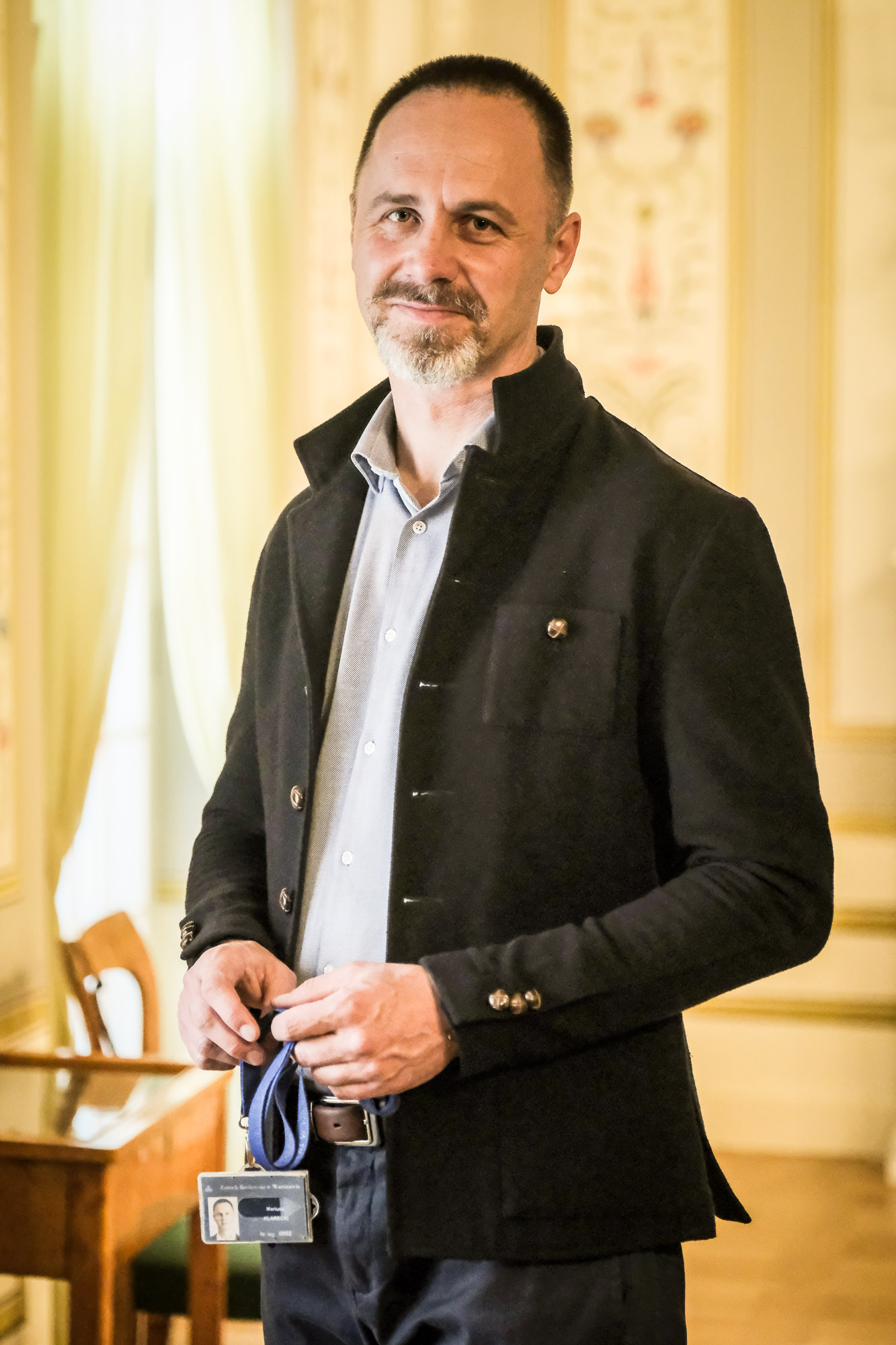 “Many of the items are objects actually used by Prince Józef Poniatowski,” says Doctor Mariusz Klarecki.Kalbar/TFN

“We have added over 250 new items to the apartments. Thirty-three of the new exhibits are purchases. Lots are on loan from other museums and private collections. Many of the items are objects actually used by Prince Józef Poniatowski,” Doctor Mariusz Klarecki told TFN.

“The exhibition is the most extensive in Poland about the Napoleonic period,” he added.

Many highlights await visitors. They include a wooden drinking vessel and holder carved by Tadeusz Kościuszko, many portraits, and personal items the prince used in his work. 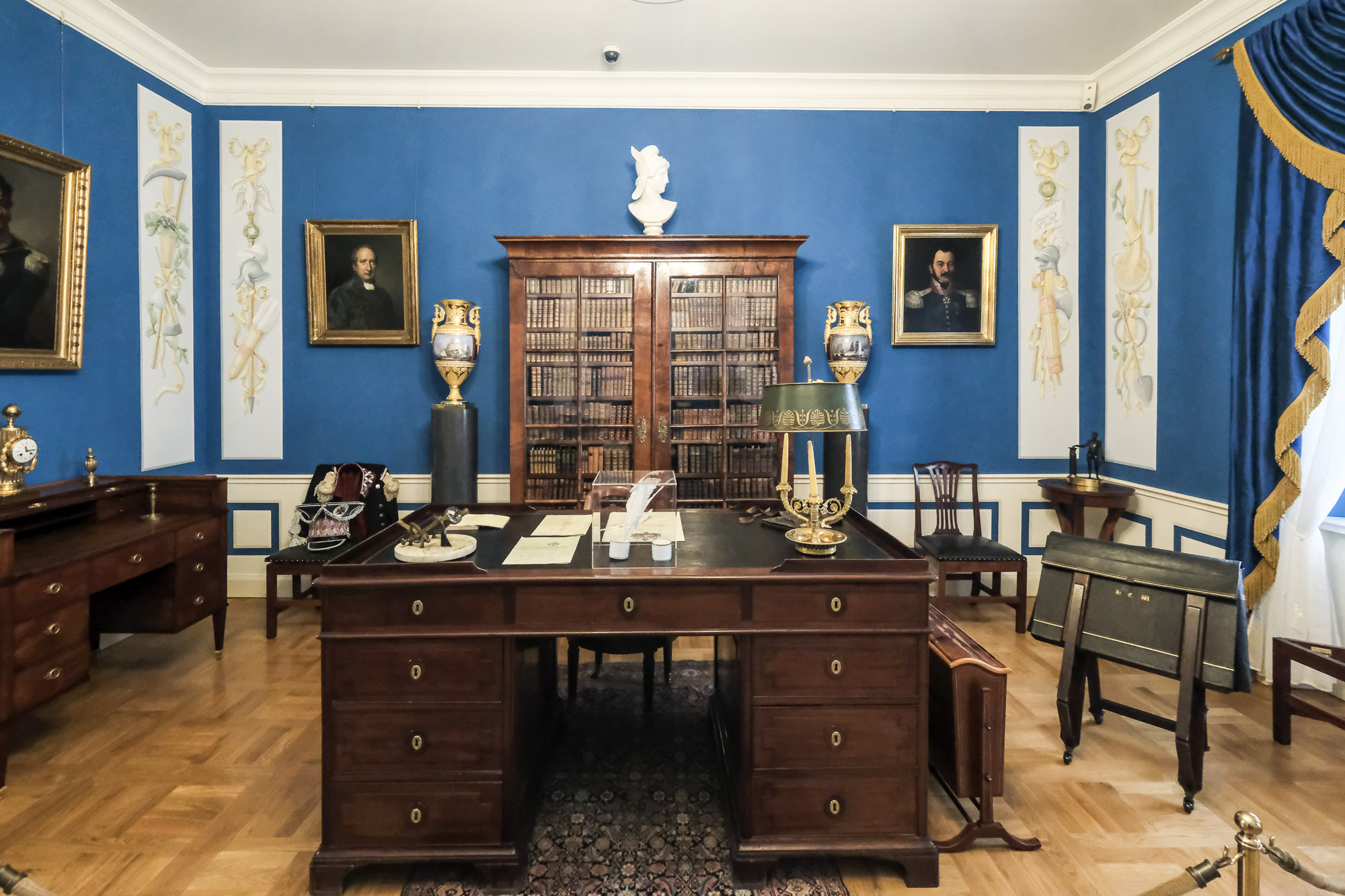 Some 250 items pack the apartments.Kalbar/TFN

Along with his military prowess the prince was also known for his legendary seductions of legions of women.

His apartments were the scene of many of these. He hosted extravagant balls at the palace every Thursday and Sunday. These could often get out of control.

On one occasion as the result of a bet he rode a chariot around the streets of Warsaw completely naked. 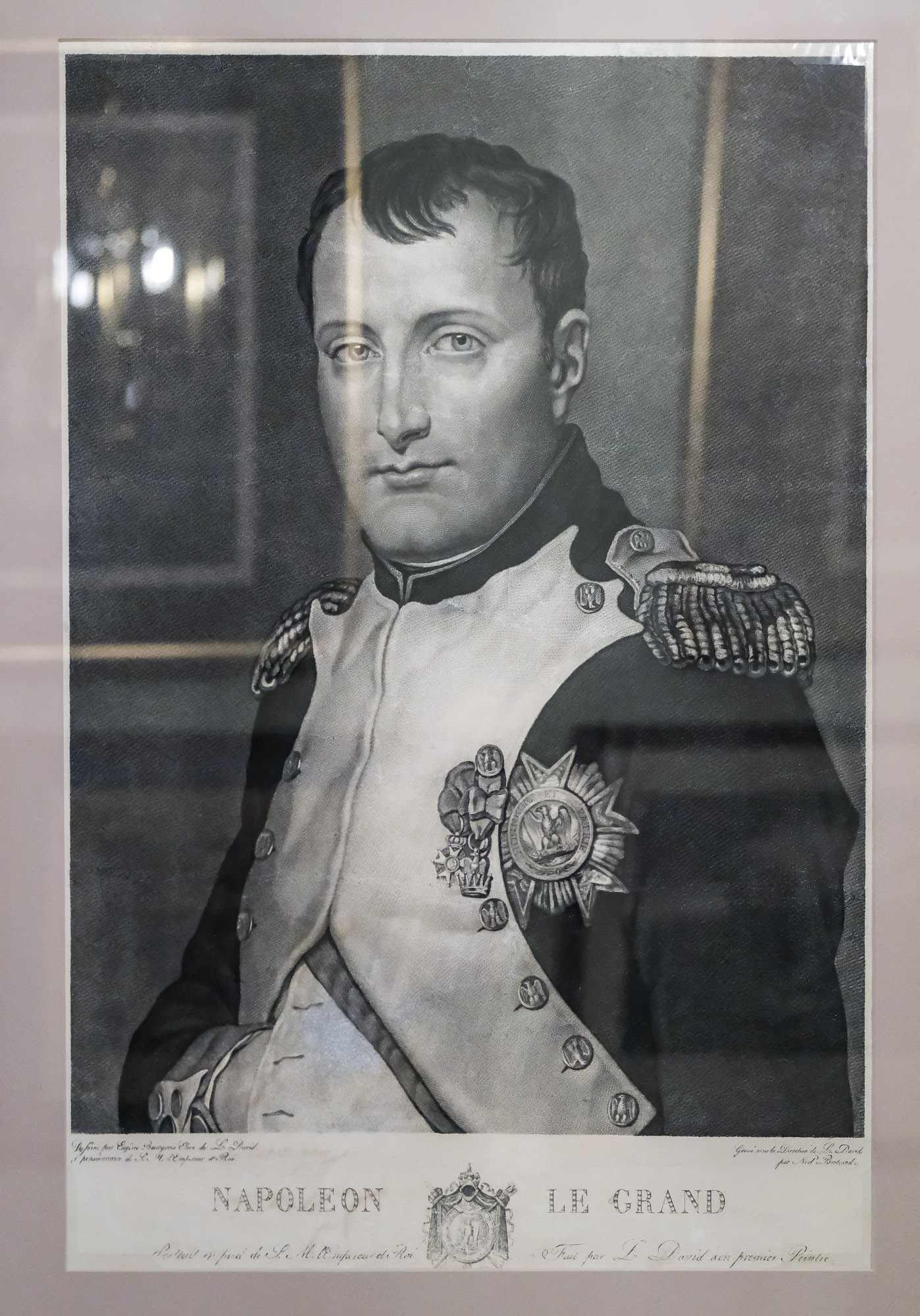 The prince fought alongside Napoleon in Russia.Kalbar/TFN

Another anecdote tells of an occasion when he returned from the theatre with a young actress in tow. Unbeknown to him, two young noble ladies were waiting for him in his rooms. He was kissing the actress so passionately that he had no idea the other two were there.

“He loved to have fun. He loved to play the piano and even took a small piano with him on military campaigns. He played billiards and tennis. He loved the colour green and enjoyed eating spinach,” Klarecki said. 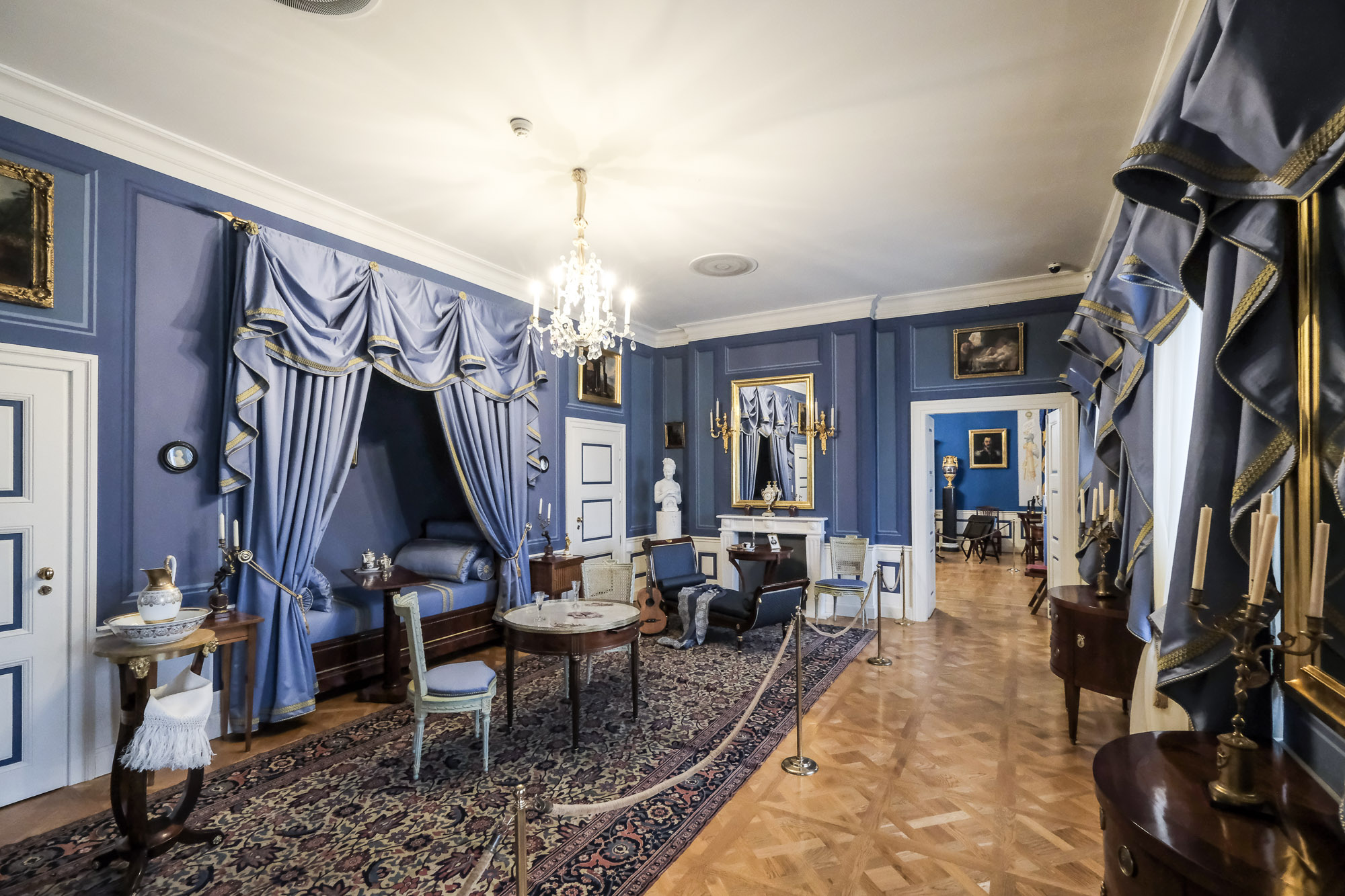 The decorated and furnished rooms in their updated form started to receive visitors on Thursday this week.Kalbar/TFN

Many women passed through the life of the prince, including Napoleon’s sister Pauline, who was said to be a nymphomaniac. Poniatowski spent three months with her in France in 1811 before the invasion of Russia. Her portrait can be seen in his bedchamber along with those of other women who featured in his life.

The walls of other rooms in the apartments are decorated with oil paintings, watercolours, drawings and graphics. One of the highlights is an oil painting showing the victory of the Polish infantry at the Battle of Fuengirola by January Suchodolski. 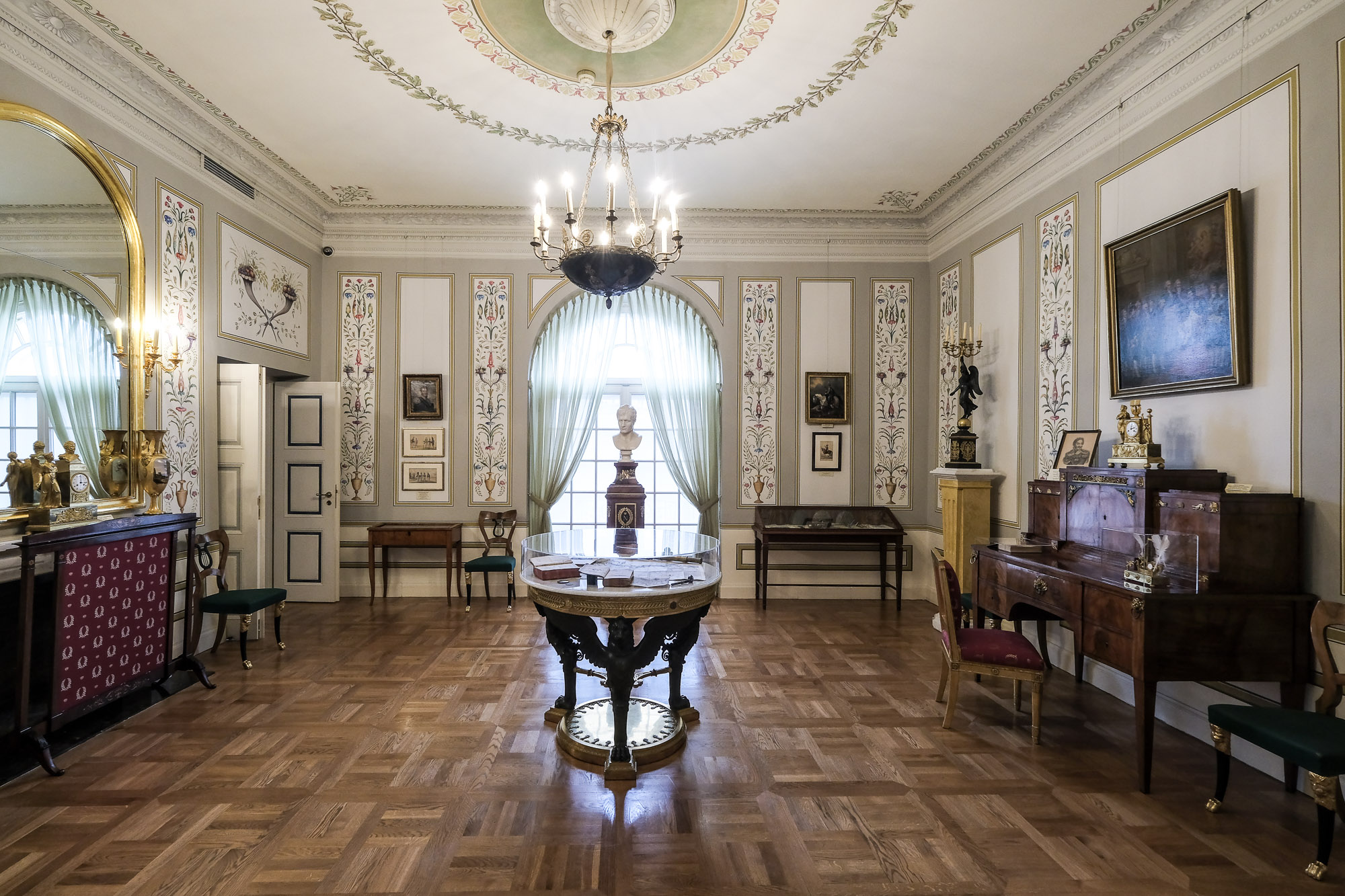 Many of the items are either on loan or have been bought.Kalbar/TFN

The battle was fought in the Peninsular War in 1810. The army of the Duchy of Warsaw under Poniatowski defeated a much larger British force after it landed on the beaches of Andalucía.

The apartment also displays coins and medals from the Napoleonic period. Among them is the Virtuti Militari Order.

Poniatowski was one of the first to receive the honour, which was created in 1792. 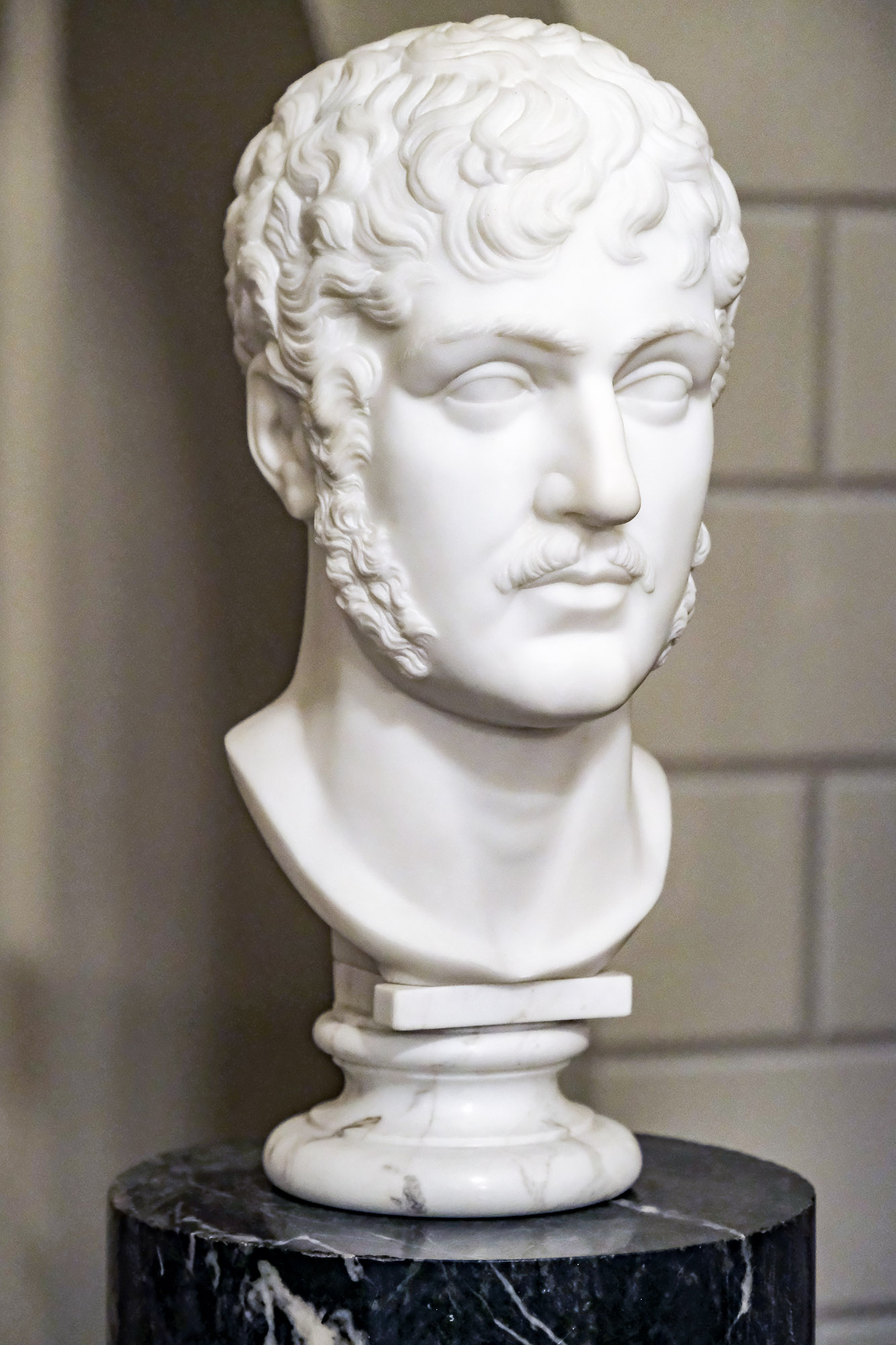 Poniatowski is one of the great figures of Polish history.Kalbar/TFN

It is one of the oldest military honours in the world and was the first Polish honour awarded specifically for achievement on the battlefield and not for family background.

More information about the exhibition and rules for visiting the Prince Józef Poniatowski Apartments during the pandemic can be found at www.zamek-krolewski.pl/en/the-tin-roofed-palace

Spotlight on Gdańsk shipyard at the ECS