A Polish man who has been described as the sole reason behind the existence of multiple generations of a Jewish family, has been posthumously honoured as a ‘Righteous Among the Nations’ in a ceremony held in Warsaw.

Józef Węgrzynowski helped to save the life of Jewish man Max Ostro, who jumped from a moving train bound for the Treblinka death camp in WWII, and together with his friend Witold Trzeciakowski helped to provide him with food and shelter for several months.

The Yad Vashem Institute in Jerusalem, which bestows the ‘Righteous Among the Nations’ honour, Israel’s highest distinction for non-Jews whose actions helped to save the lives of Jewish people from the Nazis during the Holocaust, awarded Węgrzynowski, whilst also writing to the family of Trzeciakowski in appreciation of the important role he played in saving Ostro. 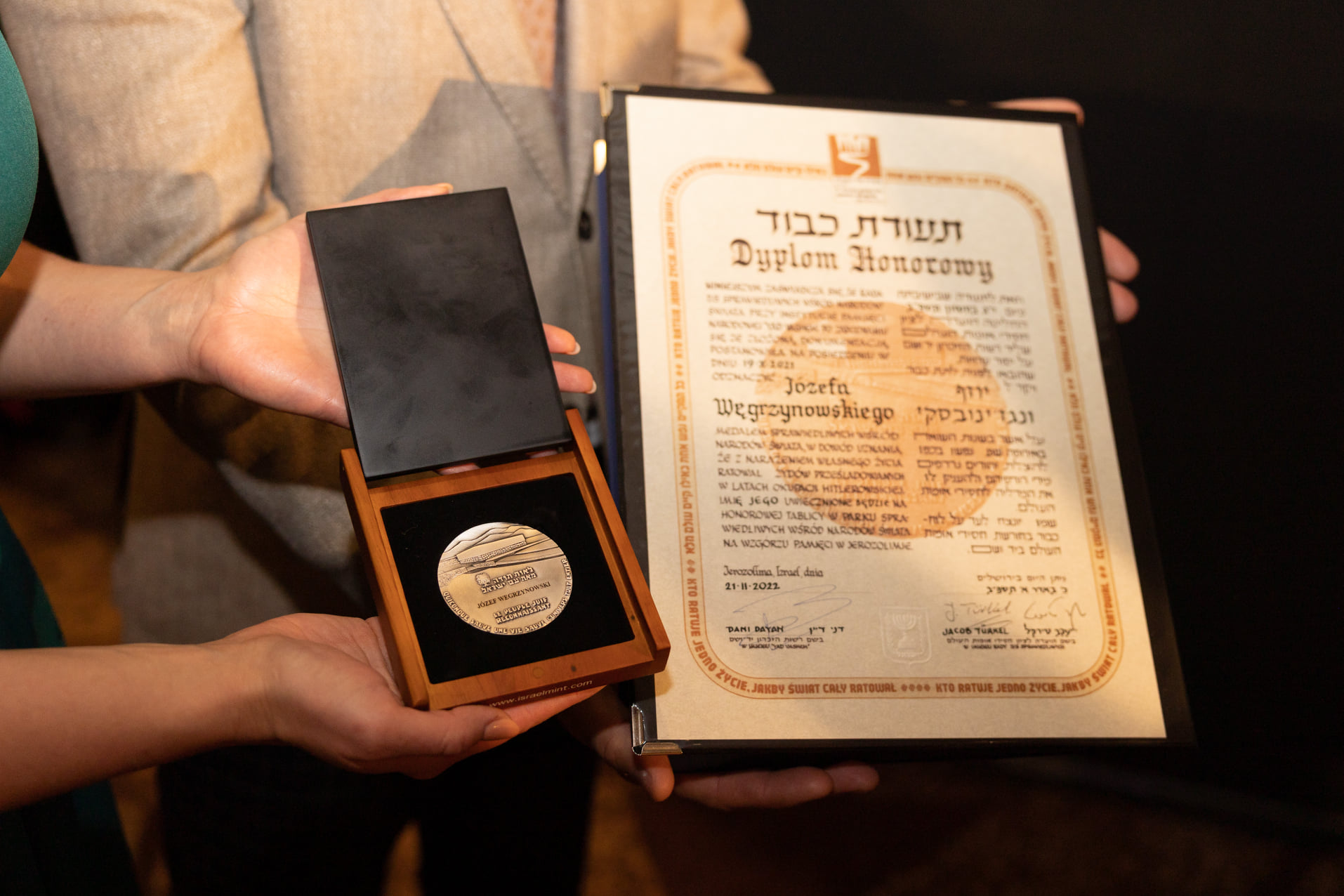 The Yad Vashem Institute in Jerusalem, which bestows the ‘Righteous Among the Nations’ honour, Israel’s highest distinction for non-Jews whose actions helped to save the lives of Jewish people from the Nazis during the Holocaust, awarded Węgrzynowski posthumously on Sunday.Samuel M. Churchill/ Israeli ambassador in Poland

Nearly 28, 000 people have so far been honoured with the Righteous Among the Nations award, with Poles making up the most numerous group from a single nation with just over 7,100 individuals recognised by the civilian honour.

Max Ostro spent several months hiding in Węgrzynowski’s house, and between November 1944 and January 1945, had to hide in an unmarked outdoor grave, as the Germans searched for him.

During this time, he was delivered food on a weekly basis from Węgrzynowski, at great risk to his own life: the punishment for Poles caught hiding or helping Jews was death. 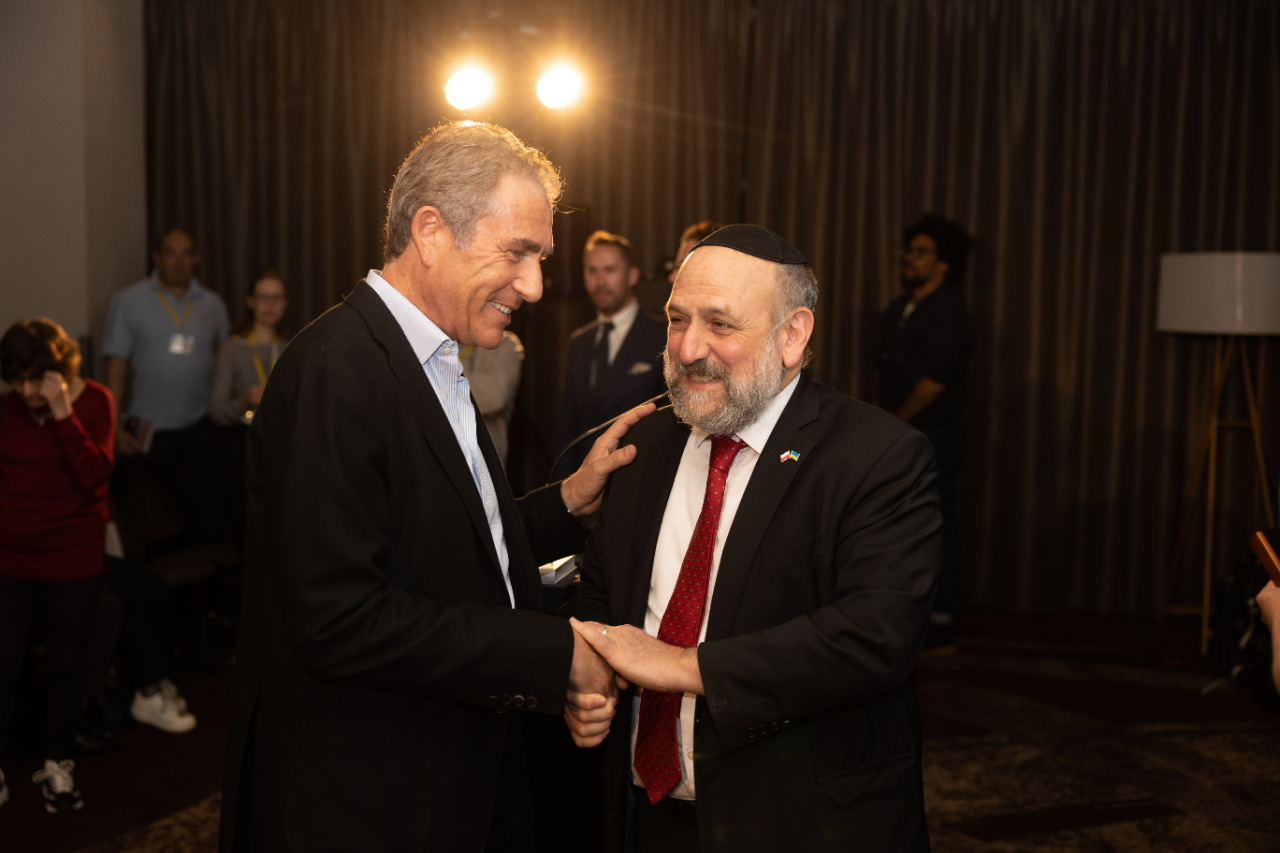 Ostro’s son Maurice said he owes his entire family’s existence and that of future generations, to the actions of Węgrzynowski and Trzeciakowski. Pictured: Maurice Ostro (R) with Chief Rabbi of Poland, Michael Schudrich.Samuel M. Churchill/March of the Living UK/ Israeli ambassador in Poland

After the war, Ostro brought his family’s jewellery business to the UK, where he went on to have a large family.

Ostro’s son Maurice told Jewish News, that he owes his entire family’s existence and that of future generations, to the actions of Węgrzynowski and Trzeciakowski. 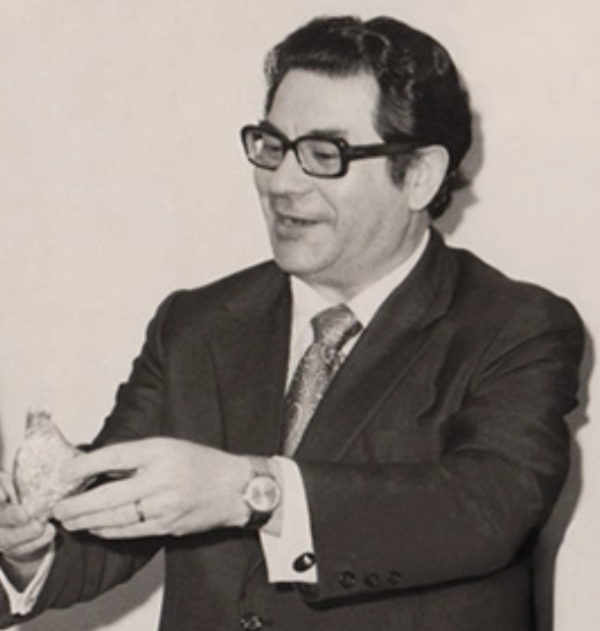 After the war, Max Ostro emigrated to South America and started hunting for gems before moving to the UK.ostro.com

He said:  “[They] only exist because of the actions of people who took personal risks to save my father’s life in the Holocaust”.

According to his son, Max Ostro had been reluctant to speak about the Holocaust and his own ordeals after the war, however he had contacted the Yad Vashem Institute as he felt it was important to pass his father’s story on.

“Because of the Ukraine crisis, I decided that now more than ever that people remember the amazing impact they can have on the world for their own actions,” Maurice Ostro said. 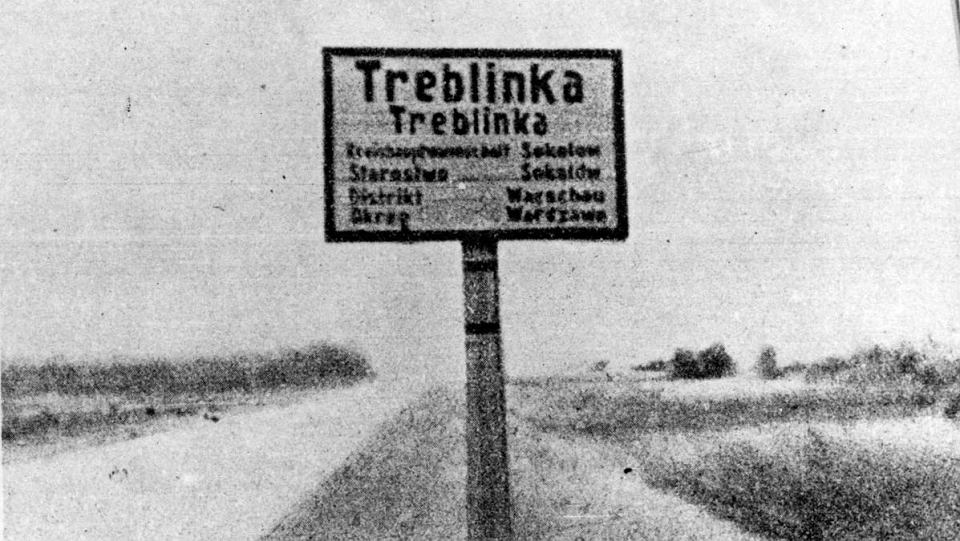 Ostro, his parents and his brother were rounded up by the Nazis in 1943 to be sent to the Treblinka death camp.Public domain

“Here’s one man – Witold Trzeciakowski – and another – Józef Wegrzynowski – and these two people did an act: Witold sending money; Józef, finding food with that money and giving it to a Jew.”

“They were doing things that were just the right thing to do and the reason I think with the Ukraine crisis it’s critical to put across the message is that when stuff happens in the world, everyone one of us had the ability to make a difference.”

The award ceremony for Węgrzynowski took place in Warsaw on Sunday as part of the inauguration of the annual March of the Living and was attended by the children, grandchildren and great grandchildren of Max Ostro, the relatives of Węgrzynowski  and Trzeciakowski as well as the Chief Rabbi of Poland, Michael Schudrich and Israeli Ambassador to Poland, Yacov Livne.