A German Holocaust archive has launched a hunt for the relatives of a Polish victim of Hitler’s concentration camp system.

The Arolsen Archive in Germany is trying to trace relatives of Janusz Klinkowski, who died days after the end of the war after being released from the Neuengamme camp near Hamburg.

The Archive wants to hand over personal items taken from him by the Nazis that the archive still holds.

Klinkowski died on May 20, 1945, shortly after he was liberated, in a hospital in Rotenburg near Bremen. 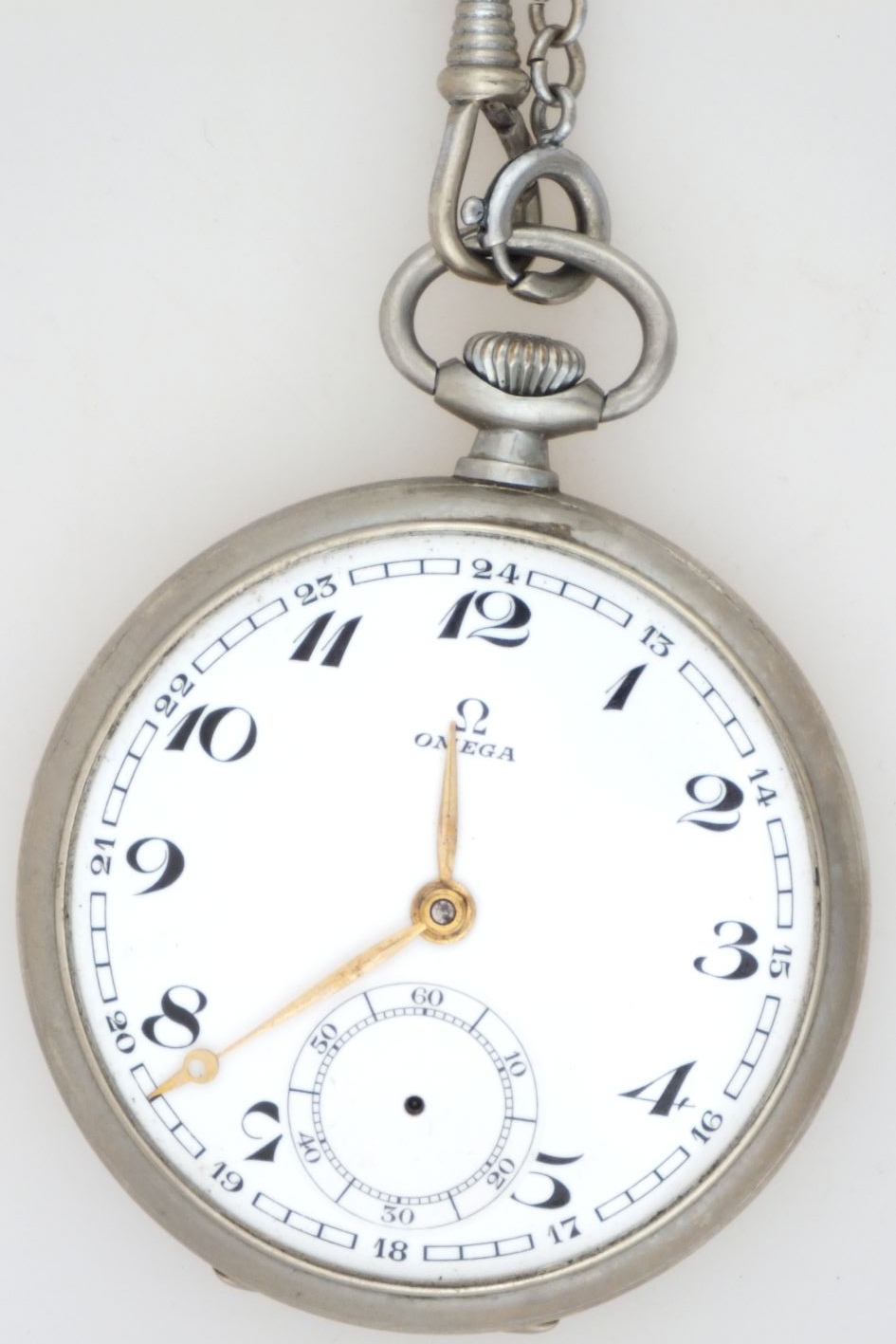 The items, which include a pocket watch, cufflinks, a gold ring and a cigarette case, were seized from Klinkowski when he entered the concentration camp system in Dachau.

After being arrested, the Germans took all personal belongings from prisoners.

These were placed in an envelope called an Effekten. This would follow a prisoner to each camp they went to.

The Arolsen Archive is making the appeal as part of an online exhibition to mark the 76th anniversary of the liberation of Stutthof on May 9, 1945. Launching the appeal on Facebook, the archive said: “We are looking for relatives of Janusz Klinkowski, born on April 24, 1910, in Berlin.Arolsen Archive/Facebook

#StolenMemory, organised jointly by Arolsen Archives and the Stutthof Museum in Sztutowo, focuses on the fate of 20 prisoners from the camp, including Klinkowski, and the archive’s attempts to hand back prisoners’ personal items.

Launching the appeal on Facebook, the archive said: “We are looking for relatives of Janusz Klinkowski, born on April 24, 1910, in Berlin.

“He was a master chimney sweep who lived with his wife Therese and their child in Gniezno.

“The police in the nearby city of Inowrocław took Janusz Klinkowski into so-called “protective custody” in May 1940 on account of “anti-German behavior. 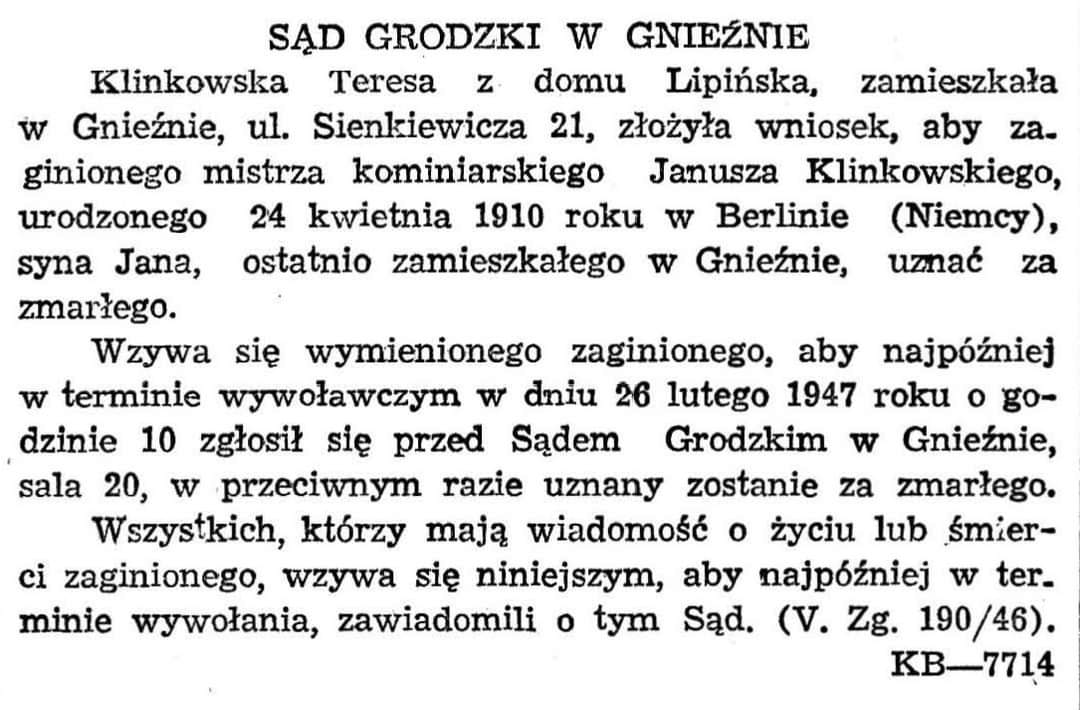 Polish Facebook users have responded to the appeal by finding a court application from 1947 made by his wife Teresa to have Klinkowski declared dead.Arolsen Archive/Facebook

“He was deported to the Dachau concentration camp shortly thereafter.

The archive has so far found the families of six of the people featured. The remaining 14 families are still being sought so that the stolen keepsakes can be returned.

Polish Facebook users have responded to the appeal by finding a court application from 1947 made by his wife Teresa to have Klinkowski declared dead.

Others have tracked down his grave in Rotenburg near Bremen.

The archive says: “Often they were the last remaining belongings of the victims of Nazi persecution, the things they had with them at the time of their arrest by the National Socialists.

“They belonged to people from more than 30 countries—many of them from Poland and the former Soviet Union.”

Shortly before the liberation of Neuengamme, SS officers hid prisoners' deposits in a nearby village, but British soldiers found them. 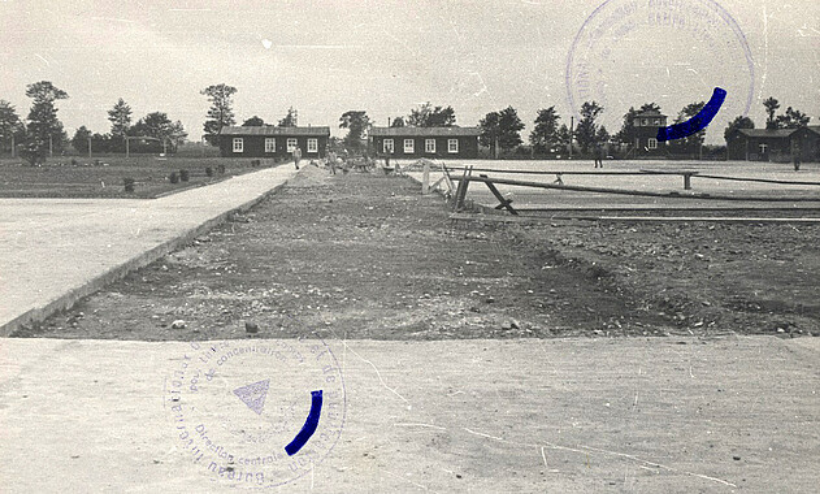 First established in 1938, by 1940 the Neuengamme camp near Hamburg had begun to receive prisoners from not only Germany but the rest of Europe too.KZ-Gedenkstätte Neuengamme/Neuengamme Concentration Camp Memorial

The British inventoried them before handing them over to the General Office of Property Management in Germany, which from 1955 took the name of the National Reparations Administration.

In 1963, the deposits went to the International Tracing Service archives with the stipulation that they should be returned to the relatives of the victims.

A total of almost 4,700 envelopes containing personal belongings were returned, but some 2,700 envelopes are still in the archive. 876 of these belonged to Polish victims.

The Arolsen Archives is an internationally governed centre for documentation, information and research on Nazi persecution, forced labour and the Holocaust in Nazi Germany and its occupied regions.

The archive contains about 30 million documents from concentration camps, details of forced labour, and files on displaced persons. It preserves the original documents and clarifies the fate of those persecuted by the Nazis.