Today marks the 30th anniversary of the start of the famous Round Table talks in Poland that laid down the flagstones of a road that would lead to the first partially free elections in Poland since before the Second World War and ultimately to the dismemberment of Poland’s communist regime.

Many of the images from the talks that will be shared around the world today show smiling faces on both sides, Solidarity and the Communist Party, full of hope and expectations of a better future, as well as the good-natured camaraderie between the former enemies that was a feature of the historic discussions.

The man behind the lens of the many of those iconic photographs was Solidarity photographer Jarosław Maciej Goliszewski, who with his camera recorded the electrifying emotions felt by the participants.

In an interview with TFN, he described the atmosphere behind the scenes at the break-through talks.

“In a nutshell, the atmosphere was full of hope, not only among the participants but in Poland at large as well.

“There was a lot of consternation as well, because many people and groups didn’t believe it was right to talk to the communists. There were a lot of divisions in the opposition camp about that. 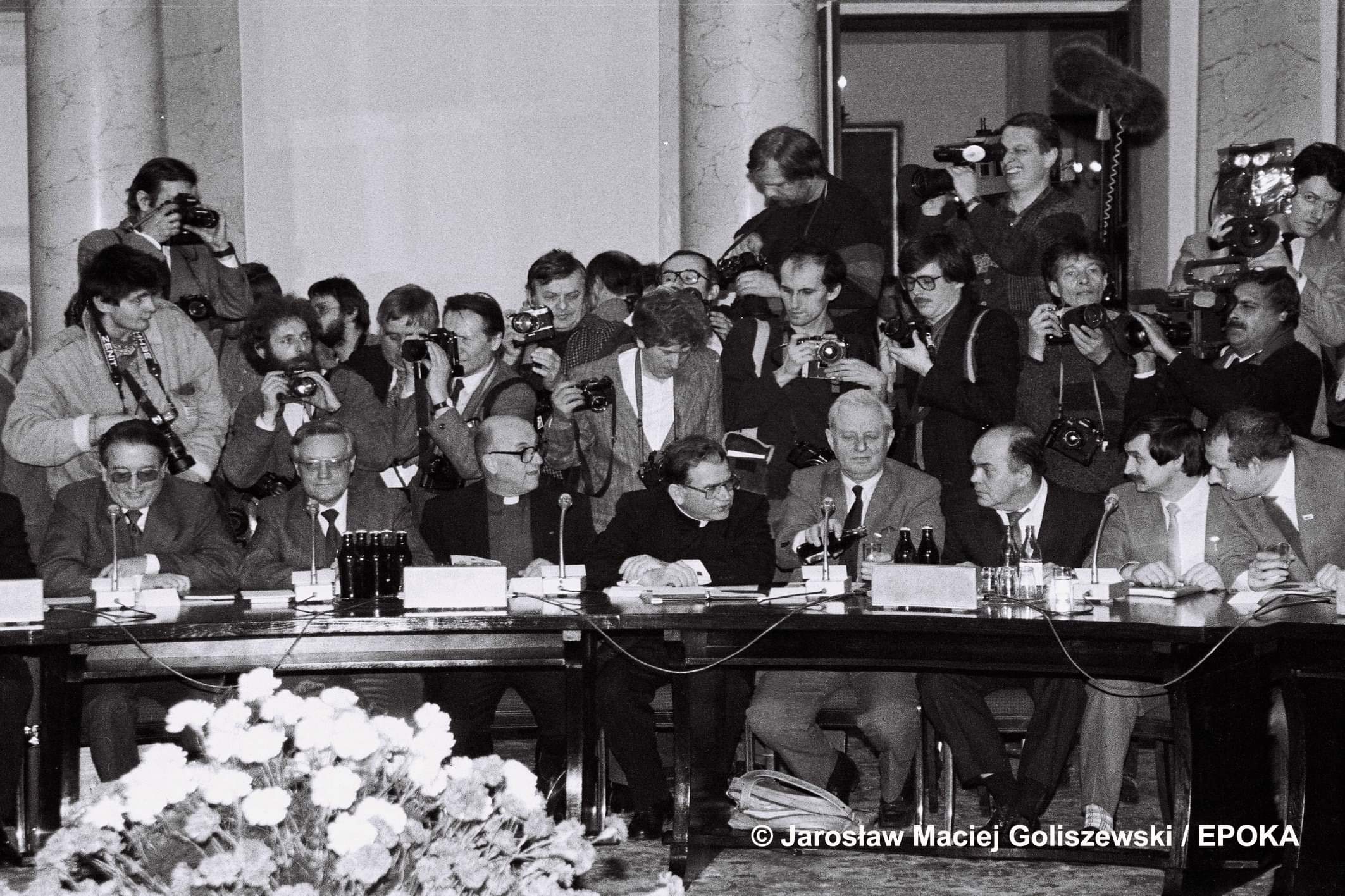 With history being made, the world’s media descended on the talks at the Viceregal Palace (today known as the Presidential Palace) in Warsaw.Jarosław Maciej Goliszewski/ EPOKA

In the late 1980s, social protests were spreading throughout communist Poland, sparked off by dire economic conditions. In the face of the worsening situation, communist leaders decided to start informal talks with some members of the opposition, which had already been active for a decade. This led to the Round Table negotiations.

The format was literally a huge round table, but metaphorically it was a space where former enemies could meet in a non-confrontational setting. The table was a metaphorical piece of political furniture that had many side tables where participants could make decisions about Poland’s future in private, apart from the presence Goliszewski’s lens of course.

“I remember that people who were previously strong opponents were now talking calmly with each other in the corridor for example. It was clear to me that there was an atmosphere among them that they wanted to achieve something,” he recalled.

The proper talks took place in working groups. The three main working groups were economic and social issues, the trade union and party pluralism group and the political reform group. Other smaller working groups discussed other social and political issues such as the environment, mining, youth, science, education and technological progress, housing, reform of the legal system, agriculture, media and health. 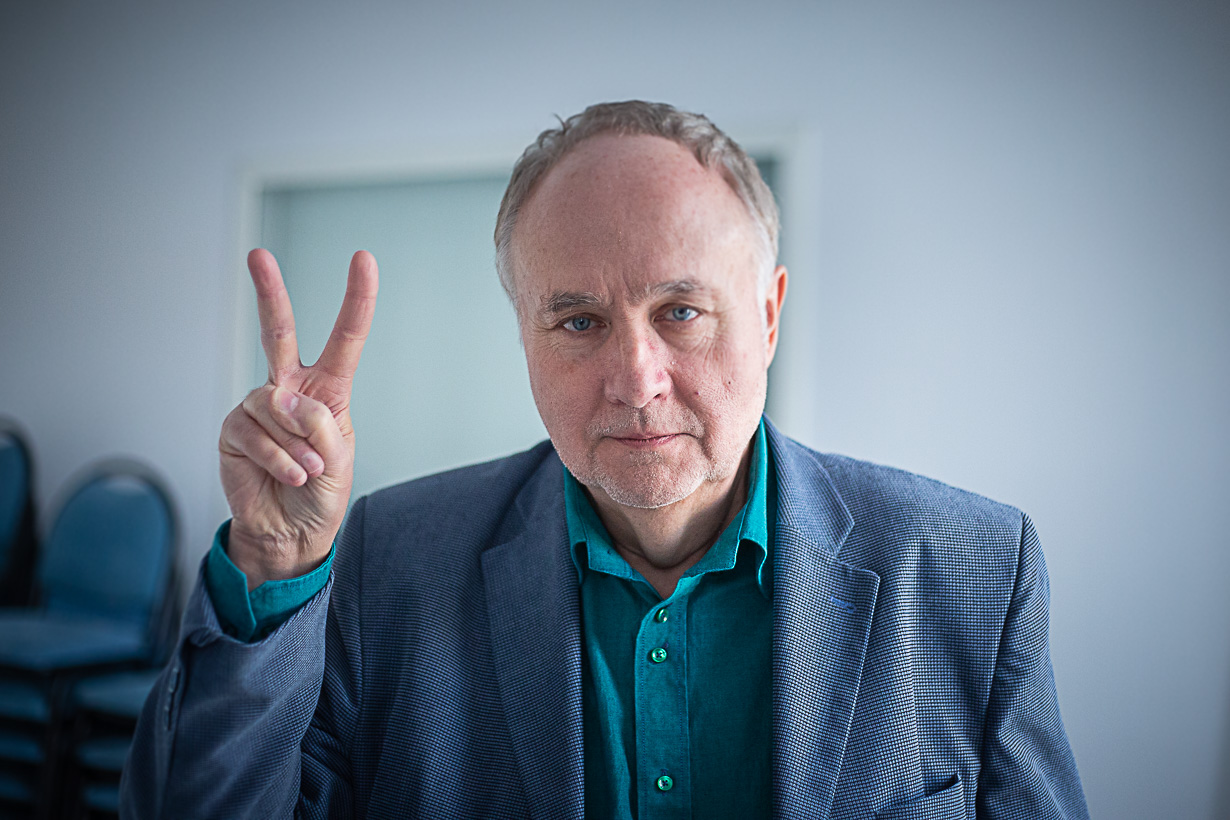 The man behind the lens of the many of the iconic photographs was Solidarity photographer Jarosław Maciej Goliszewski, who with his camera recorded the electrifying emotions felt by the participants.Kalbar/TFN

“I remember that the atmosphere in the committees that met behind the scenes away from the main table, which you can see on a lot of the photos, was very emotional. These were meetings between former opponents who had exchanged a lot of sharp rhetoric, on one side in the underground press and on the other in Party media.

The negotiations paved the way for freedom of speech, democratisation and reform in Poland, which ultimately led to the collapse of the communist regime. Solidarity was again legalised and the first partially free elections took place on 4 June 1989 in which the Communist Party was completely defeated and the democratic opposition candidates took nearly all the seats.

For Goliszewski, who was interned in Warsaw’s Białołęka prison from December 1981 to November 1982, there is no doubt that he was witnessing history in the making.

“I had the impression that I was taking part in a watershed moment in history. In fact since the early nineteen eighties I felt that I was living in interesting times.

“Martial Law came as a shock, it really brought us from the clouds back down to earth. But then later the Round Table brought a lot of hope for change despite all the reservations about those events that you can hear today.” 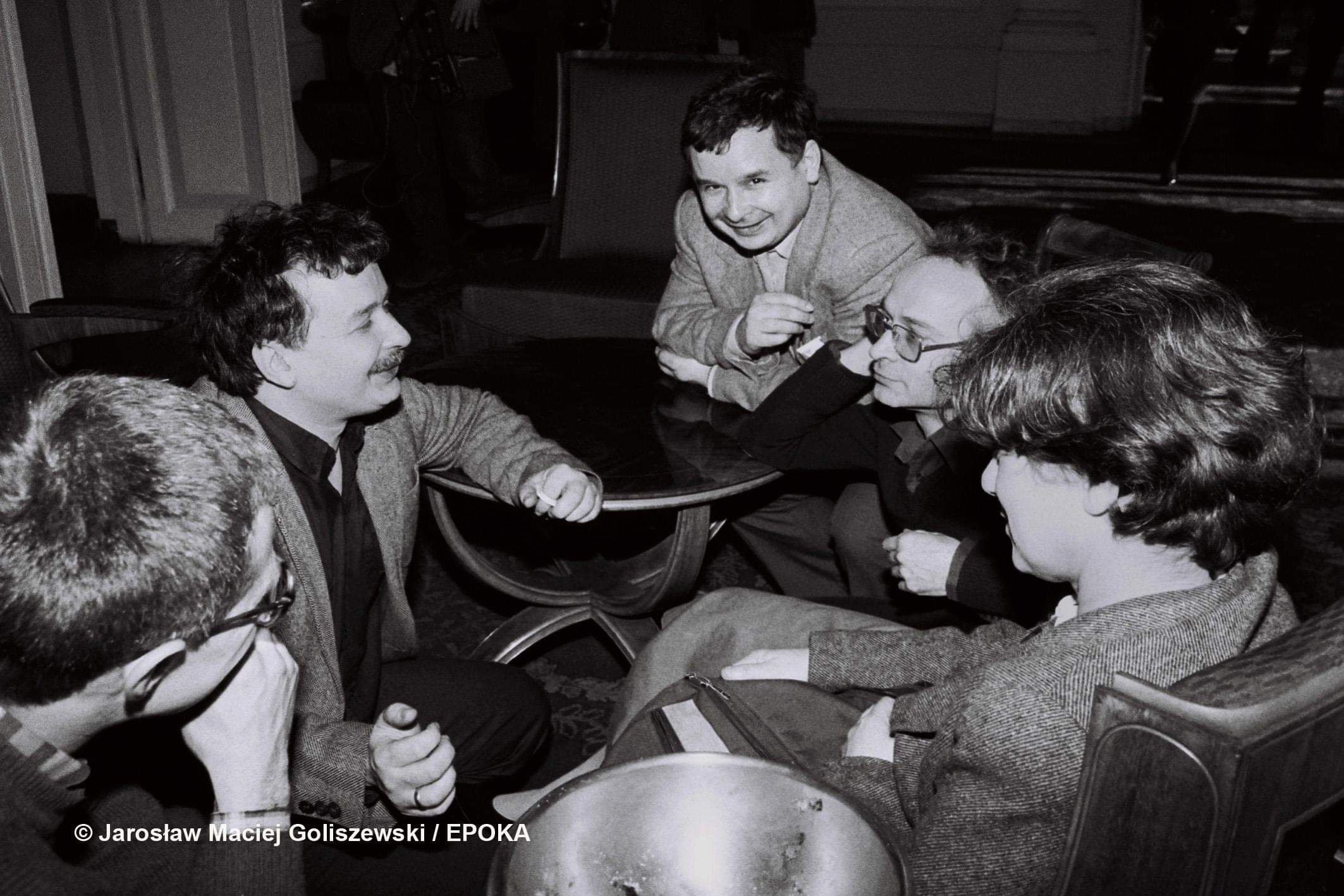 The talks lasted from 6 February to 4 April 1989 and Goliszewski was there for the whole period.

“As a photographer, I had almost 24-hours-a-day access at the meetings. I could come and go as I pleased and take any photos I wanted.

“I didn’t have any problems taking photos of people from the opposition of course, because a lot of them were already friends and acquaintances. Some of them I was interned with during Martial Law,” he remembered.

The participants from the side of the authorities were also very relaxed in front of camera.

“They generally had a positive attitude towards the media. They wanted to have their photo taken and they never asked why I wanted a photo. It was simply normal for them.

“It wasn’t a problem to take a photo if people were busy talking about something important, for example, when Tadeusz Mazowiecki was talking with Aleksander Kwaśniewski.” 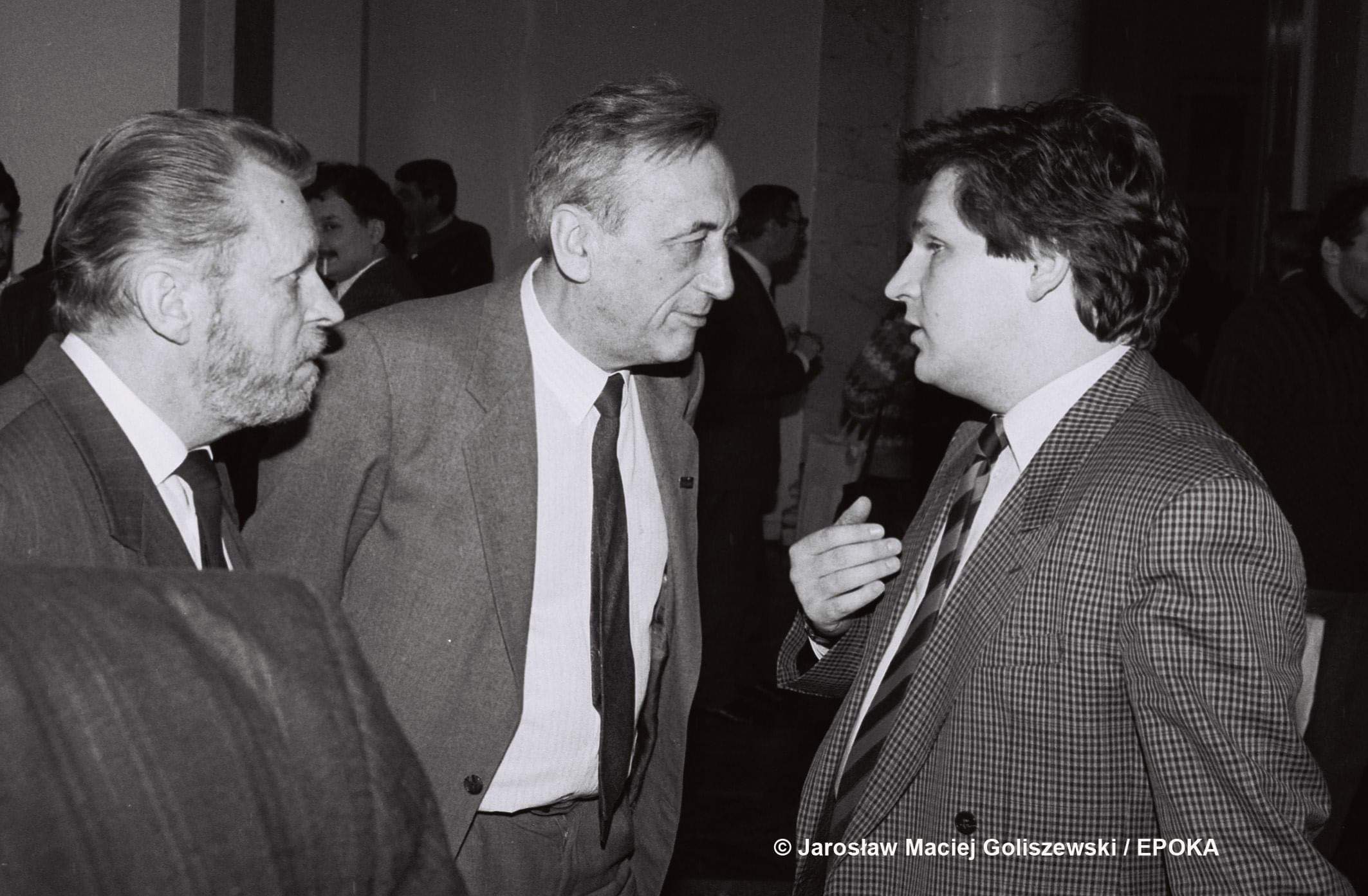 The talks remain a controversial subject in Poland, but Goliszewski is in no doubt: “It was a watershed for Poland. Despite different opinions on this subject, I don’t see that there was any sensible alternative.

“It’s easy to say that we could have waited a bit longer for everything to collapse, but we didn’t know then that the Soviet Union would fall. And there were hardheads in the party who wanted to maybe impose martial law again. There was simply no alternative.”