Blown up in WWII, the Polish section of a historic bridge that will ultimately connect Poland with Germany reopened to the public at the weekend.

First constructed in 1892, what was then known as the Oderbrücke Bienenwerder became the longest bridge spanning the Oder. Built after a decree for a permanent crossing was issued by Kaiser Wilhelm I, it was later turned over to exclusively serve rail traffic. 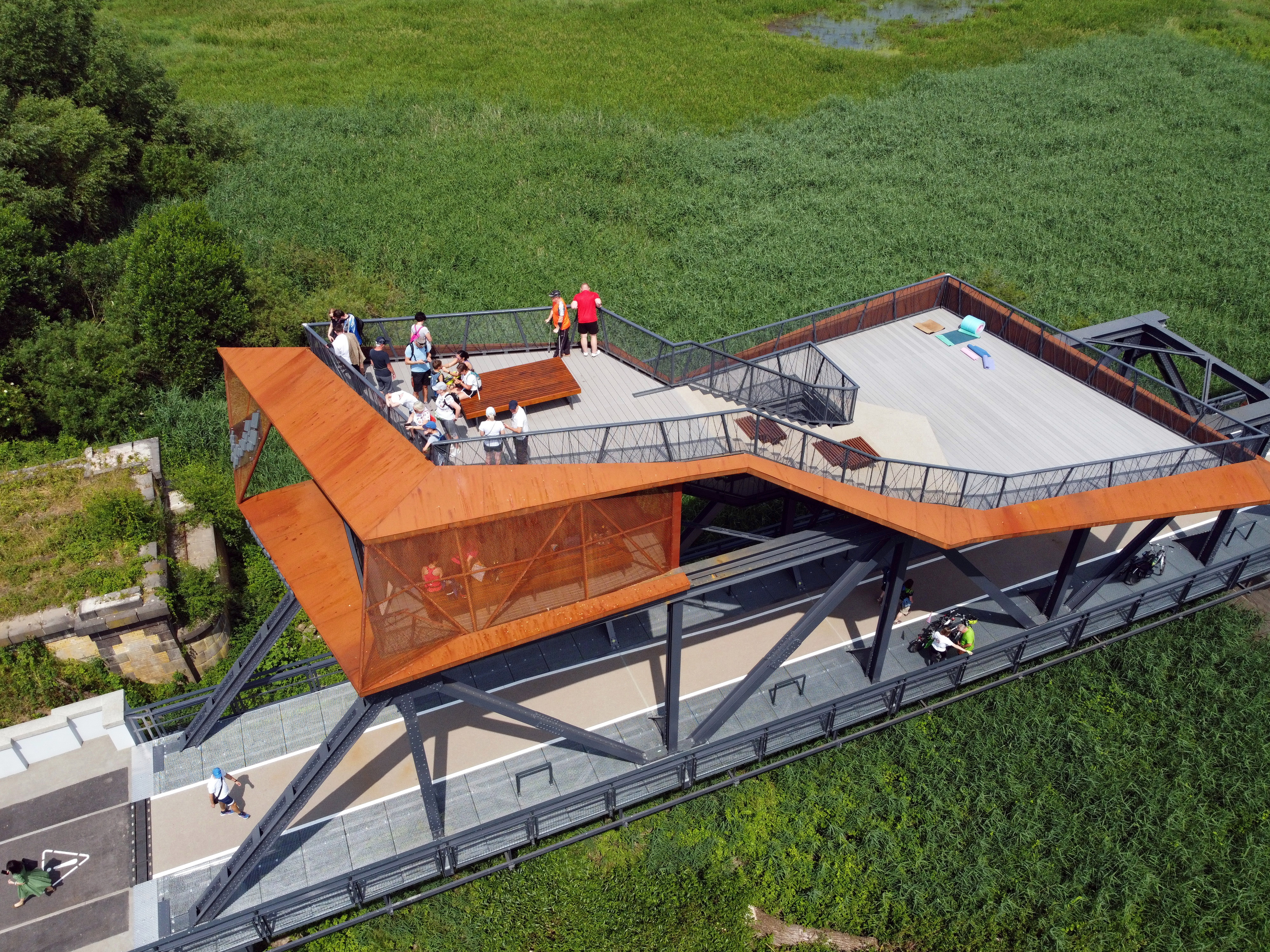 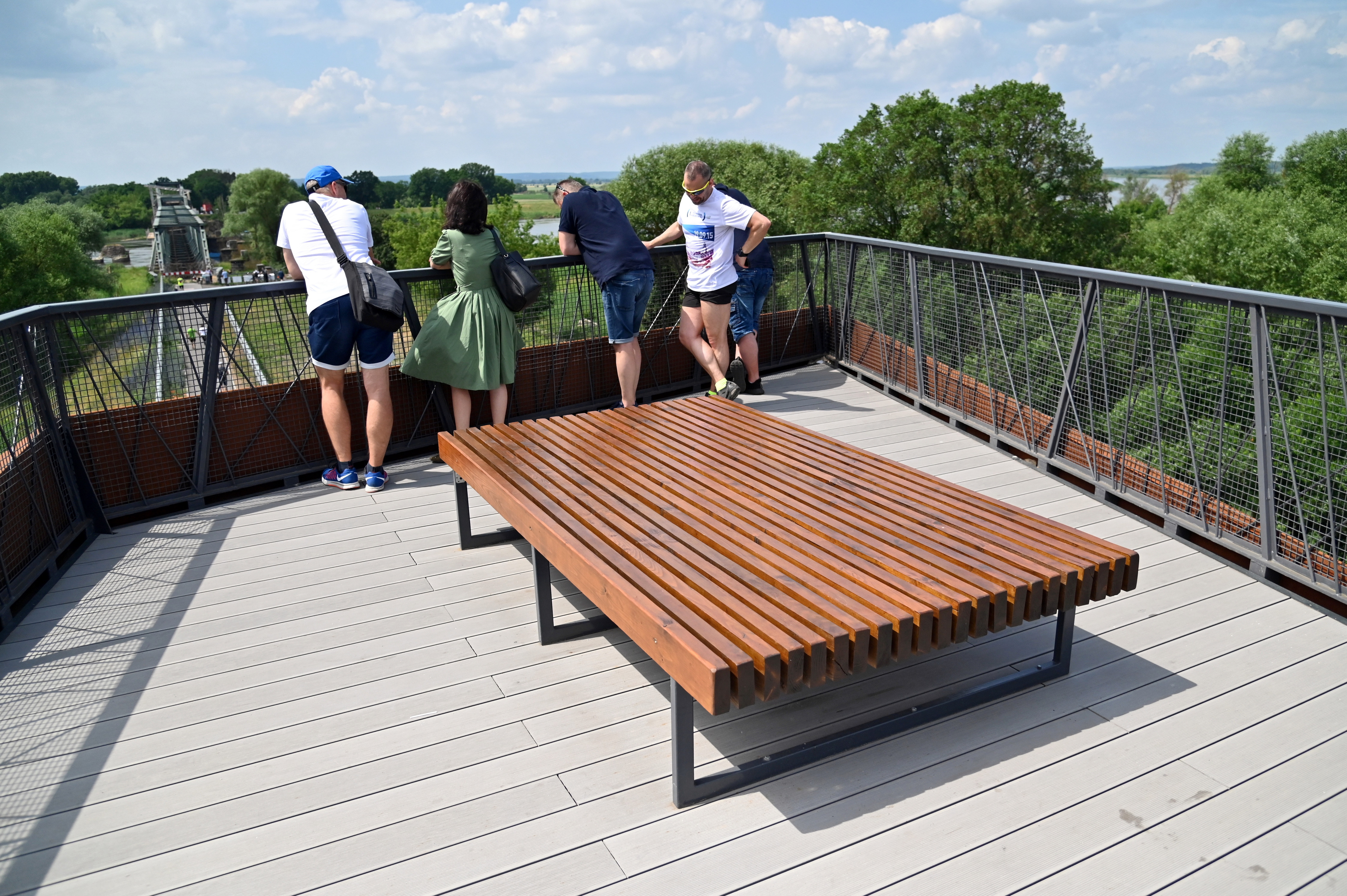 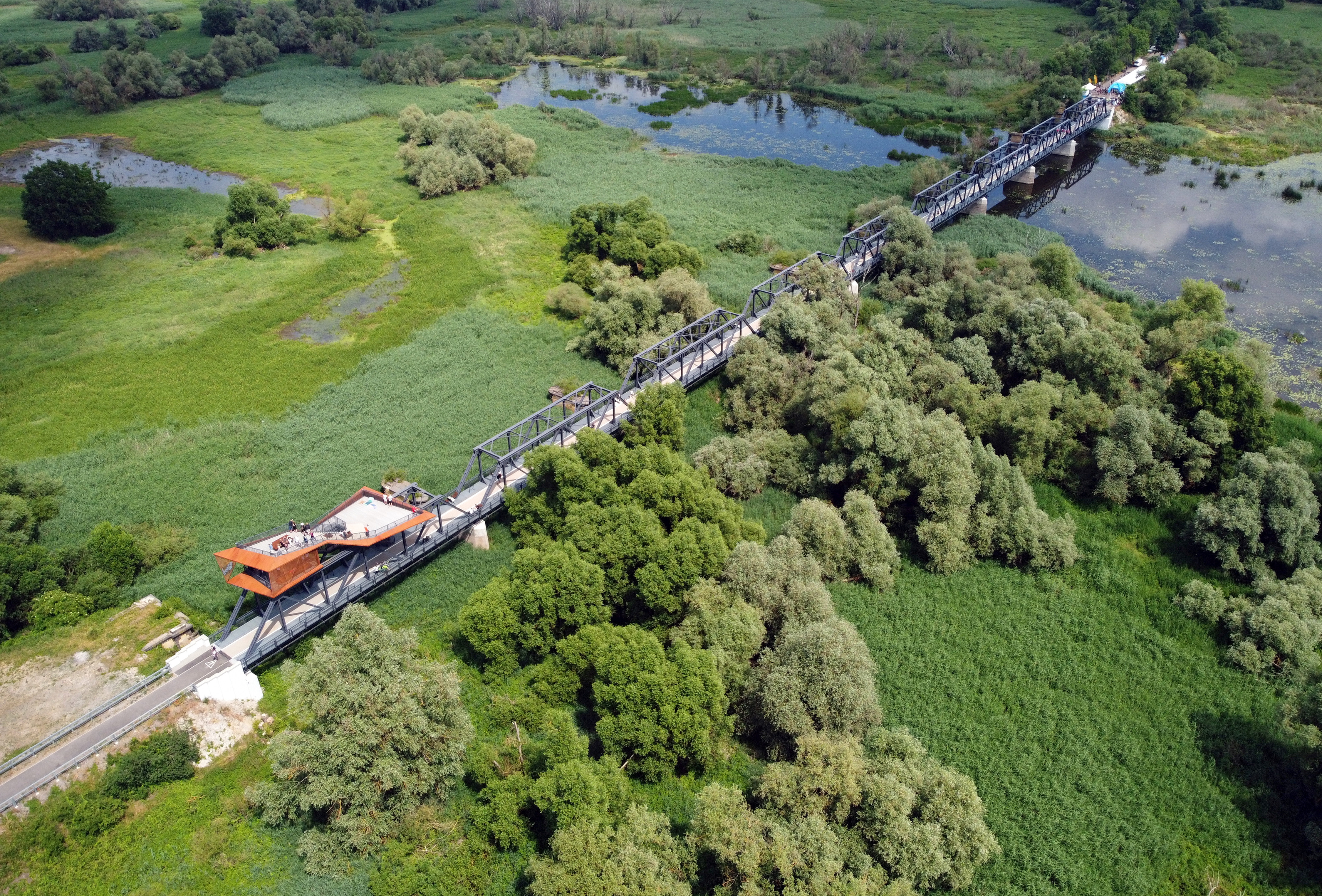 Improvements to the structure include a spectacular viewing platform placed on top of one of the trusses.Marcin Bielecki/PAP

The last train made its way over the bridge on January 30th, 1945, and though it had already been slated for demolition in order to stem the Red Army’s advance, it found itself prematurely destroyed after a low-flying German aircraft accidentally clipped explosive charges that had been rigged to one of its supporting pillars.

In the post-war years, its strategic value wasn’t lost on military planners; reconstructed in the 50s, it was closed off to the public and reserved solely for troop movements – in the event of WWIII, this would have been one of the bridges across which tank formations would have theoretically swept westwards. 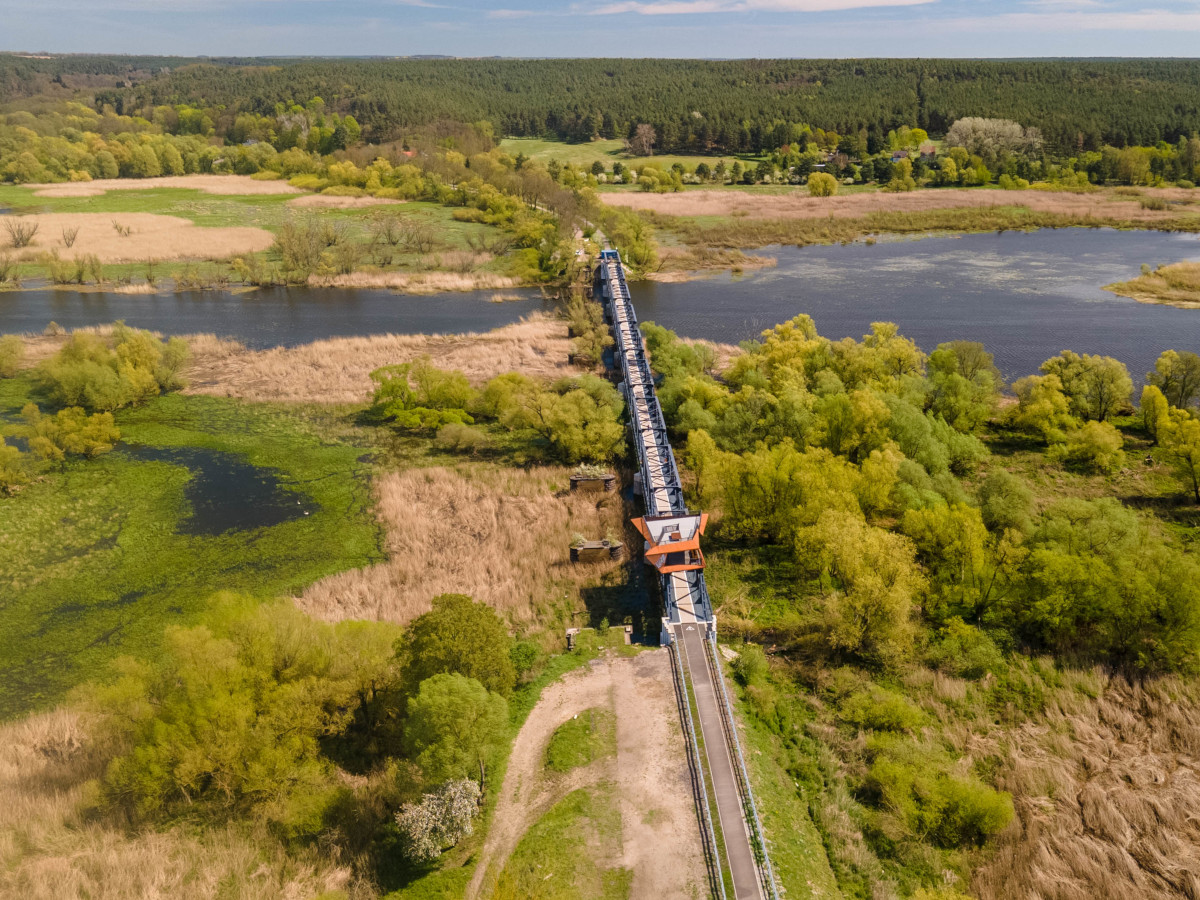 The bridge is part of a wider PLN 22 million project to modernize the area’s facilities and showcase its stunning natural beauty.Marshal's Office of the West Pomeranian Voivodeship

Formally decommissioned in 1999, for years the crossing was allowed to slide into ruin. The bridge, though, was not entirely forgotten, and in 2018 a joint agreement was signed between regional authorities in Germany and Poland to revive it as an environmental and touristic attraction.

Part of a wider PLN 22 million project to modernize the area’s facilities and showcase its stunning natural beauty, improvements to the structure include a spectacular viewing platform placed on top of one of the trusses.

With over 170 species of birds to watch out for in the surrounding landscape park, the news has already been greeted with enthusiasm by birdwatchers across Europe. 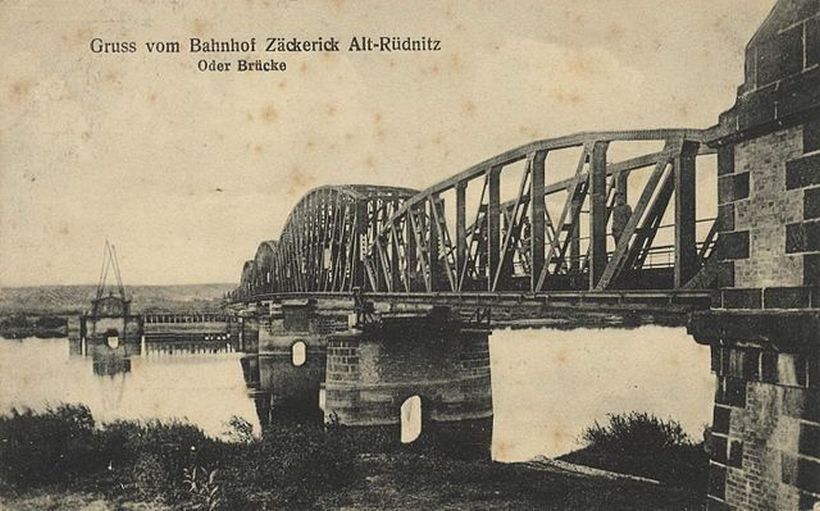 First constructed in 1892, what was then known as the Oderbrücke Bienenwerder became the longest bridge spanning the Oder.Public domain

From an environmental perspective, the bridge will not be open to cars; accessible only by foot and by bike, it will primarily act as a unique bicycle crossing that will seek to maintain the area’s ecological balance whilst providing cyclists with a straight-forward 60 kilometre run to Berlin.

Attending the opening, Jobst-Hinrich Ubbelohde, Germany’s secretary of state for European Affairs, said that the bridge would help build a stronger shared tourist infrastructure between the countries, before pledging that the German side of the bridge would be completed in the autumn.

For his part, Olgierd Geblewicz, the Marshal of the West Pomeranian Voivodeship, emphasized both the bridge’s historic value as well as its symbolism: “the longest bridge on the Odra mirrors the long road that Poland and Germany endured to reach friendly relations; where once there would have been barbed wires and barriers between the two counties, now there is an open, safe place.” 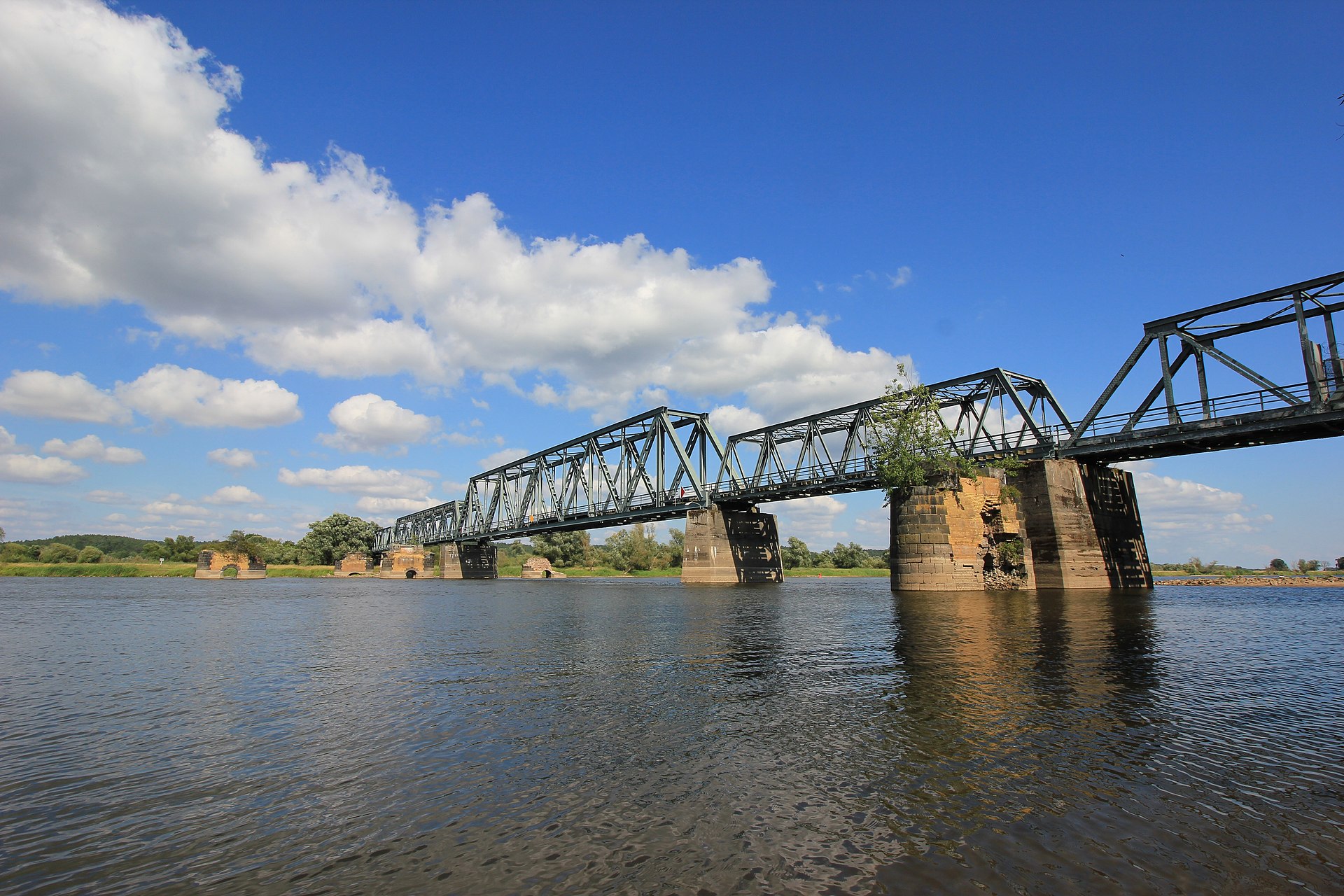 Formally decommissioned in 1999, for years the crossing was allowed to slide into ruin.Julian Nyča/CC BY-SA 3.0

In keeping with the conciliatory tone, a campaign has gathered pace to name the bridge after Professor Władysław Bartoszewski, a politician, social activist and Auschwitz survivor. Passing away in 2015, Bartoszewski also formerly served as Poland’s ambassador to Austria and played a key role in repairing the fractured relations between Poland and its former foes.

Currently known as the Siekierki-Neurüdnitz bridge, Geblewicz used the occasion to register his approval of this suggestion: “I fully accept and support the idea to name the bridge after this great man,” he said. “He did not build symbolic bridges between nations, but durable ones.”

Though ready since May, the grand opening of the Polish side was delayed due to the pandemic situation. However, the wait has proved worthwhile. 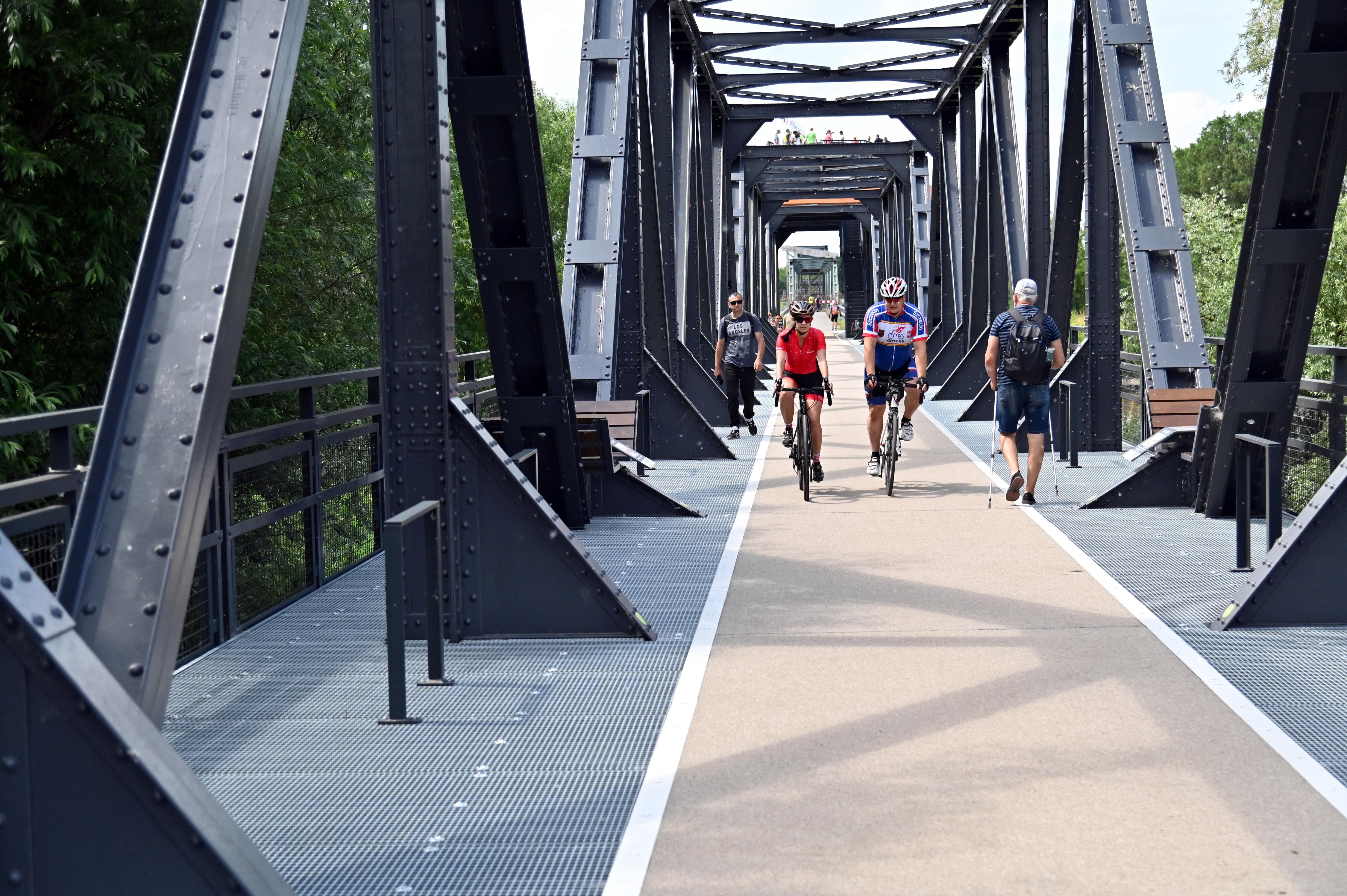 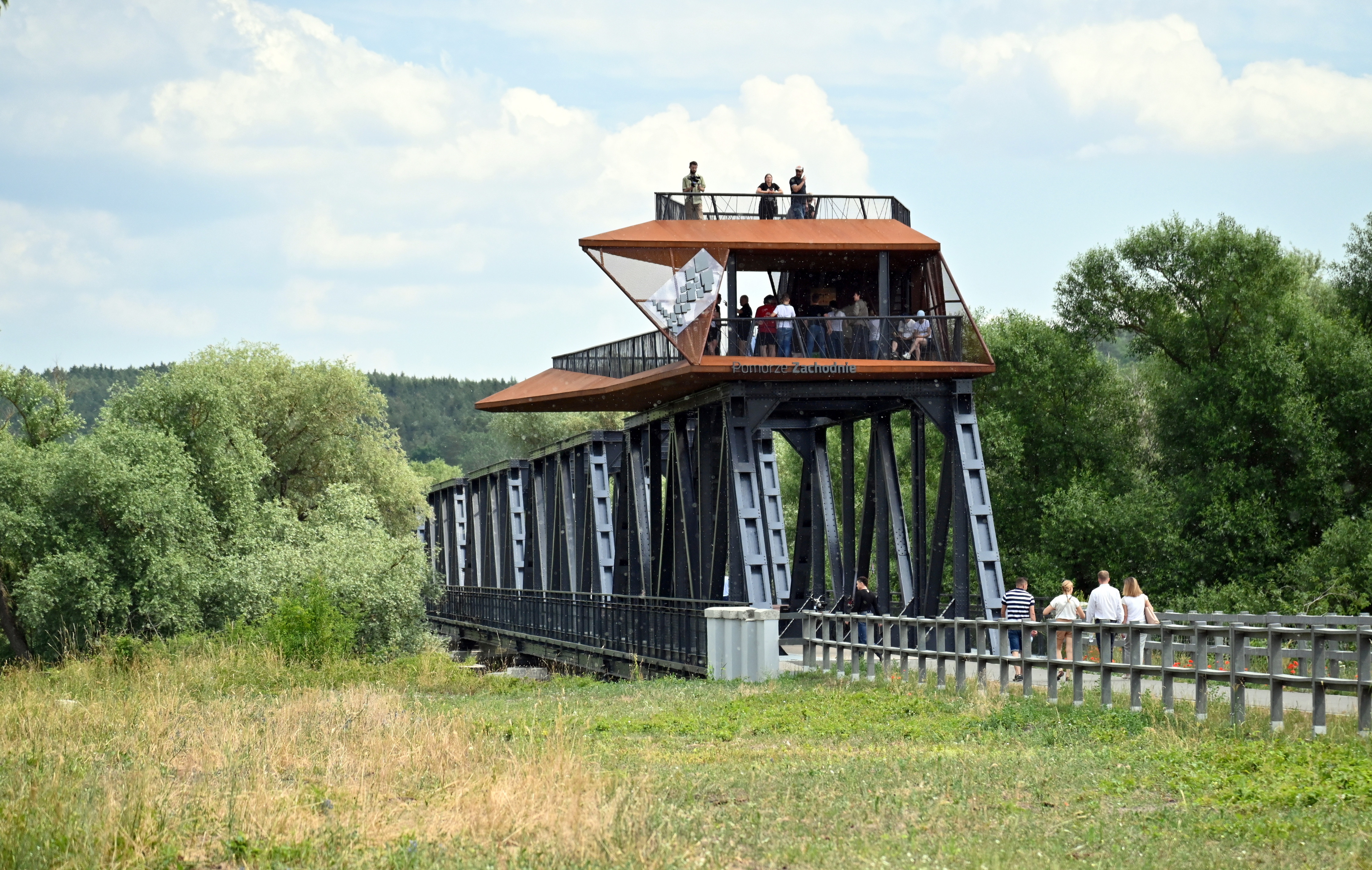 Accessible only by foot and by bike, the bridge will primarily act as a unique bicycle crossing that will seek to maintain the area’s ecological balance whilst providing cyclists with a straight-forward 60 kilometre run to Berlin.Marcin Bielecki/PAP

Set to become one of Europe’s most stunning border crossings, the union of nature and revived industrial heritage promises to make waves beyond just the two countries involved.

Architect Tomasz Maksymiuk said: “The bridge is an industrial monument of a specific beauty. The idea behind the project was to preserve and emphasize the simplicity and regularity of this structure and to do so we wanted to use as many of the existing elements as possible.”