It is a picture of pastoral bliss. The thick scent of wood-fired stoves drifts gently in the air, squirrels dart from the undergrowth and the only sounds come from the distant chirping of nature. Occasionally, wild boar are spotted, snuffling down the narrow, tree-lined alleys that cut between the colourful timber cabins that sprout in the gardens beyond.

But this idyll, magical as it is, is not found in the backwaters of Białowieża or some far-flung rural region, rather the deepest depths of Warsaw’s dormitory suburbs: just minutes away, gridlocked Górczewska Street and the blocks of Bemowo are a jarring reminder of the throttling grip of the city all around. Arguably, it is this proximity to urban reality that makes Osiedle Przyjaźń (the Friendship Estate) all the more remarkable. 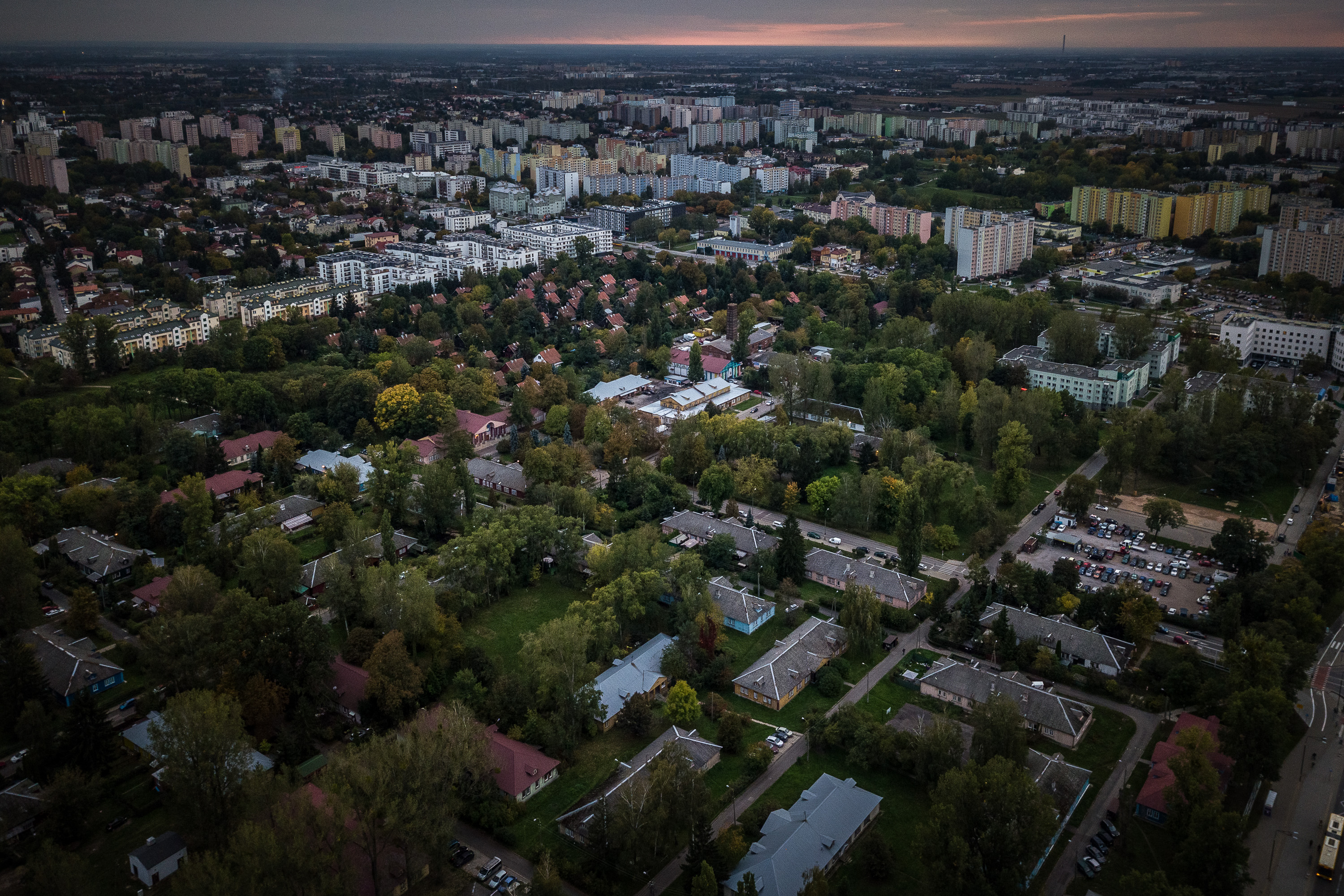 The estate is now hemmed in by the sprawling Warsaw suburbs.Kalbar/TFN

A village within a city, this extraordinary development was born in 1952 as a direct result of Stalin’s controversial offering to Poland. With his ‘gift’ of the Palace of Culture & Science rubber stamped, a new issue arose: where to house the thousands of Soviet workers that were to be sent westwards to build it? The solution was what was to later become known as Osiedle Przyjaźń. 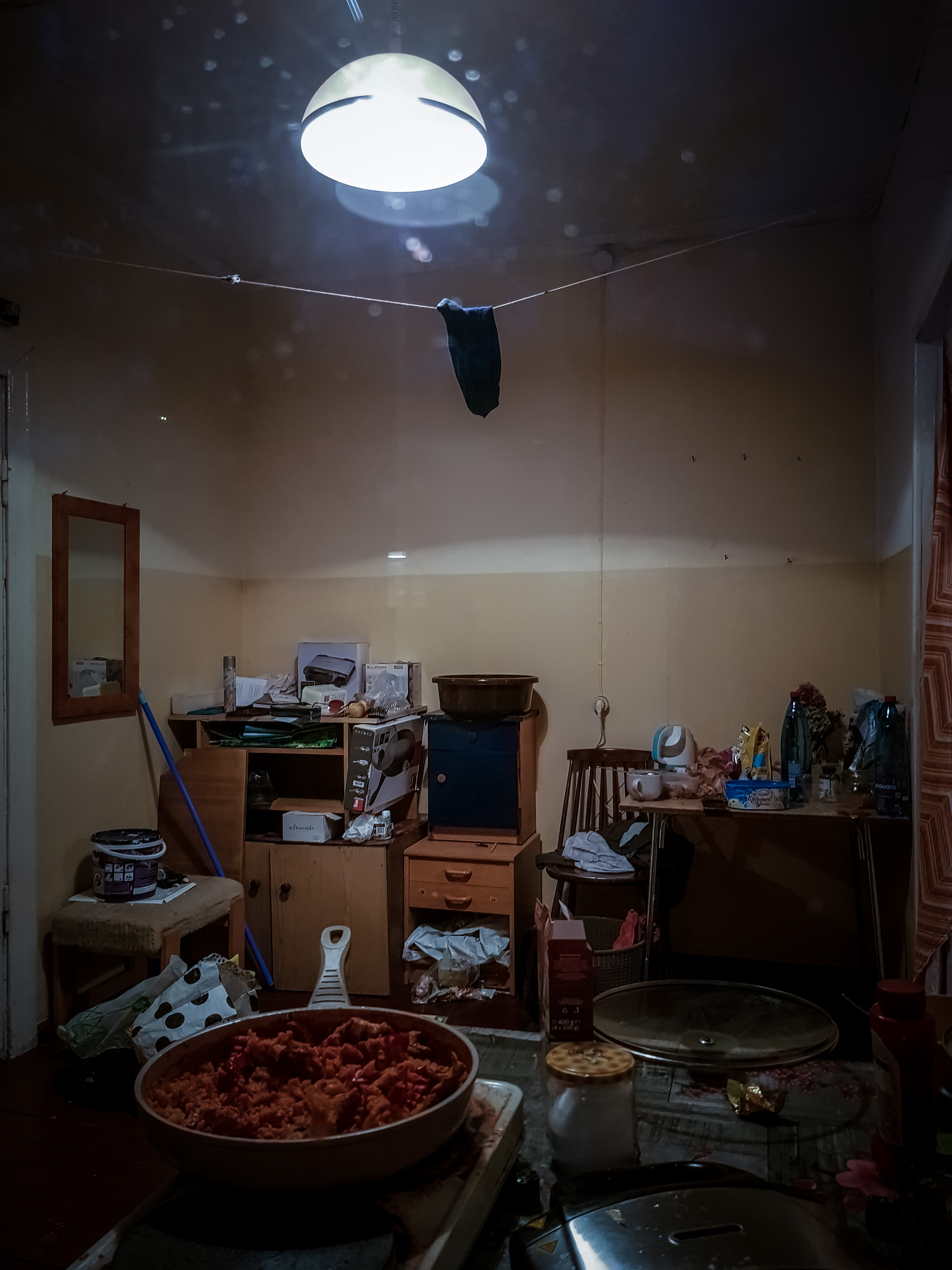 After the Soviet builders went home the estate was used to house students and academic staff.Kalbar/TFN

For this, the district of Jelonki was chosen as the site. Then little more than an expanse of pheasant-inhabited cabbage fields, what sprung up next was an impressive network of quaint wooden houses (for the engineers) and dormitories (for the rank and file workers), many of which were allegedly constructed using dismantled materials sourced from the Stalag IB Hohenstein prisoner of war camp. 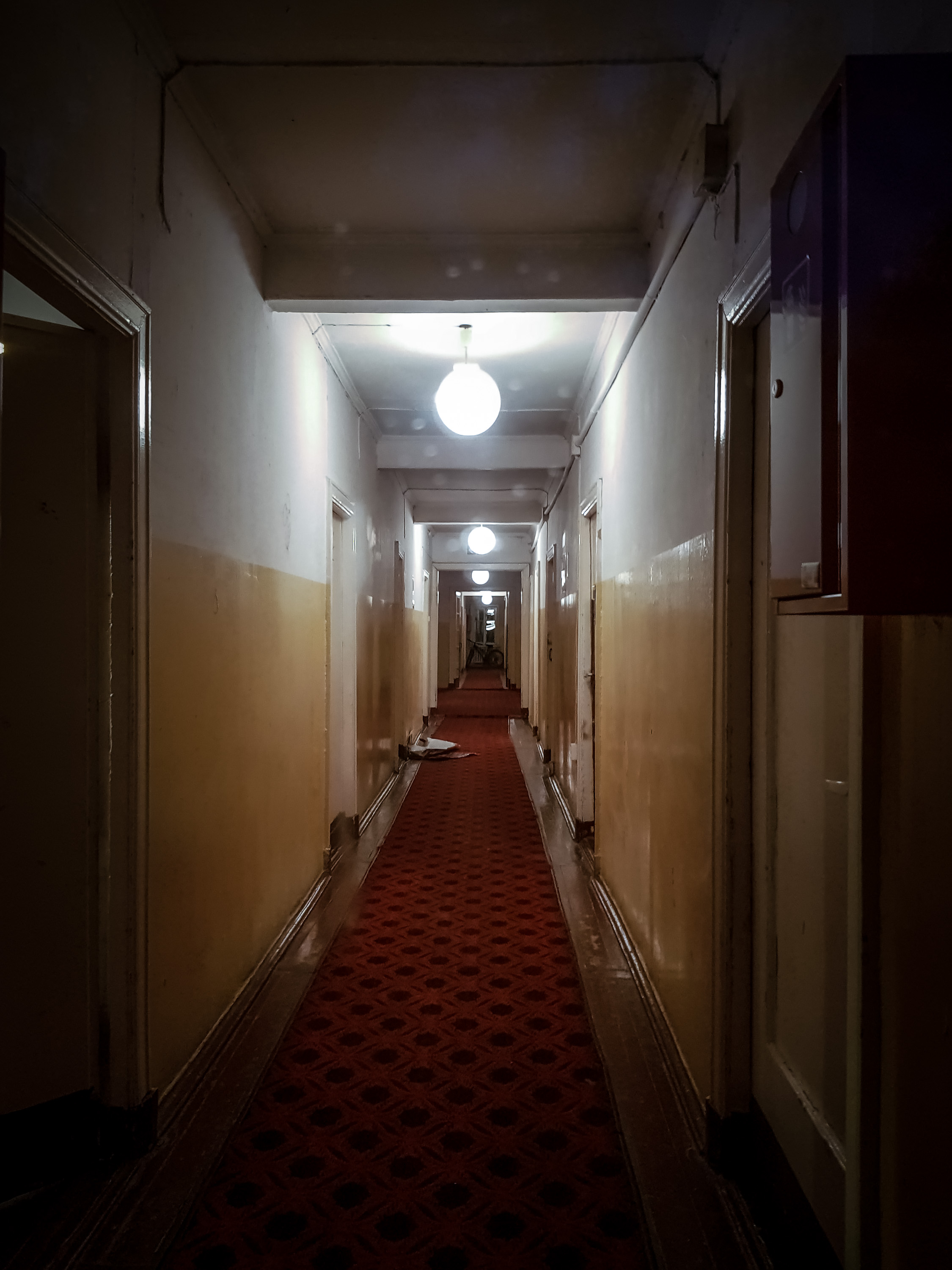 Osiedle Przyjaźń became known for its close and fun-loving community.Kalbar/TFN

Closely guarded and ringed by barbed wire, the settlement was intended to be entirely self-sufficient and as such included a library, clinic, a well-stocked store, gymnasium and a canteen. Bussed in and out of work each day, and presented as role models to their Polish counterparts, propaganda reels showed the Soviet labourers engaging in cerebral after-hours activities like chess, choral singing and literary study. 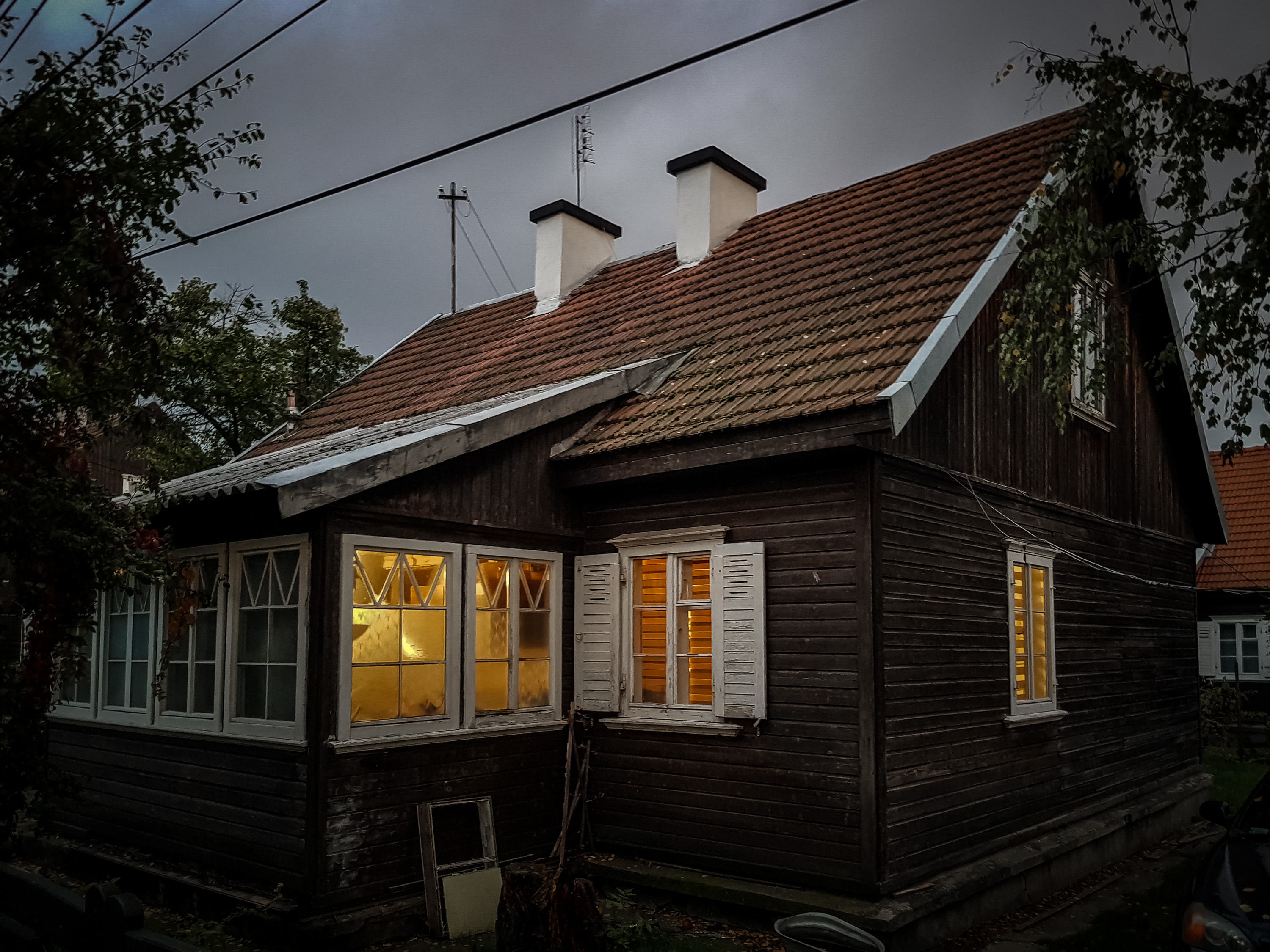 Around a 1,000 people still call this place home.Kalbar/TFN

In a city still ravaged by the scars of war and struggling to accommodate a blooming population, it was logical to retain and utilize this smooth-running estate even after work on the Palace was concluded in 1955 – in place of the outgoing Soviets, in came students and their professors.

By 1978, its population stood at 1,200 students as well as 1,190 university workers and their families. Of the residents, many would go on to become household names: economist Leszek Balcerowicz, actor Krzysztof Tyniec and, even, the future president of Mali, the colourfully named Alpha Oumar Konaré. 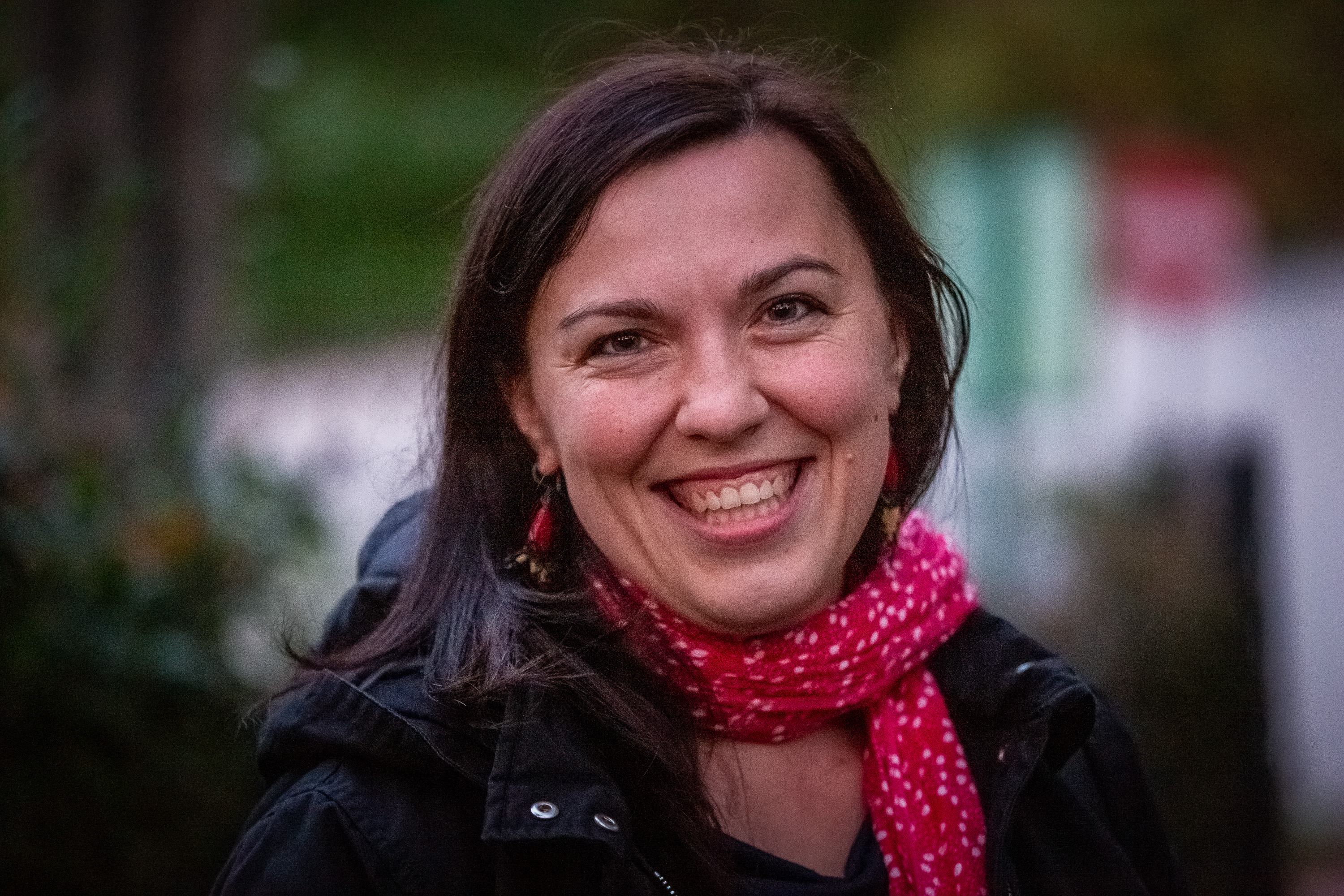 “Przyjaźń isn’t only important to the people living here,” says resident Aleksandra, “it can become a valuable asset for the city both socially, as a park, or culturally.”Kalbar/TFN

Underpinned by the Karuzela clubhouse and Dar cinema, life on the estate flourished – parties, it is said, were legendary for their debauchery, and the whimsical, permissive atmosphere highlighted by the unofficial monikers handed to the various avenues and buildings (Island of Happiness and Broken Heart Street to name but a couple).

Naturally, it was also an incubator for dissent and covert activities thrived. At the height of the nation’s 1980s resistance to communism, two illegal presses operated within the 30 hectare area printing anti-government pamphlets and papers. Such was their secrecy, neither was aware as to the existence of the other. 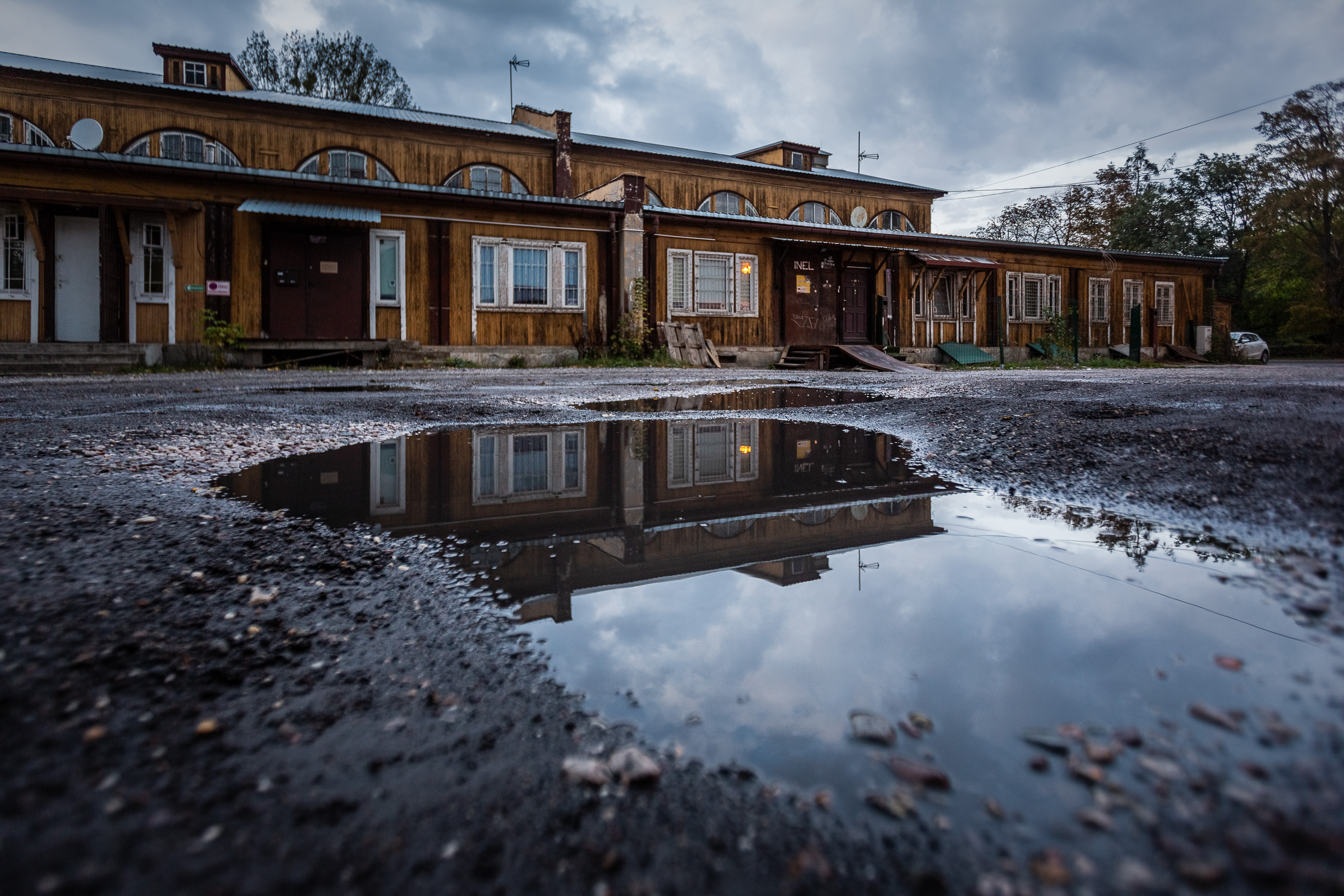 The estate is now caught in a legal limbo that stops funds coming in.Kalbar/TFN

In many ways, this was as good as it was to get. The political transformation of 1989 brought the troubles of the outside world directly to the estate’s doorstep. Bereft of a financial benefactor, and beset by legal headaches, this scenic little world now finds itself flailing and struggling to survive.

“We’ve got huge problems with infrastructure here and there’s no funds for revitalization,” says Aleksandra Krugły, one of several volunteers working to raise awareness of the estate’s plight. “For things to get better, many things have to happen simultaneously but the legal situation is so complex that there is no easy fix.” 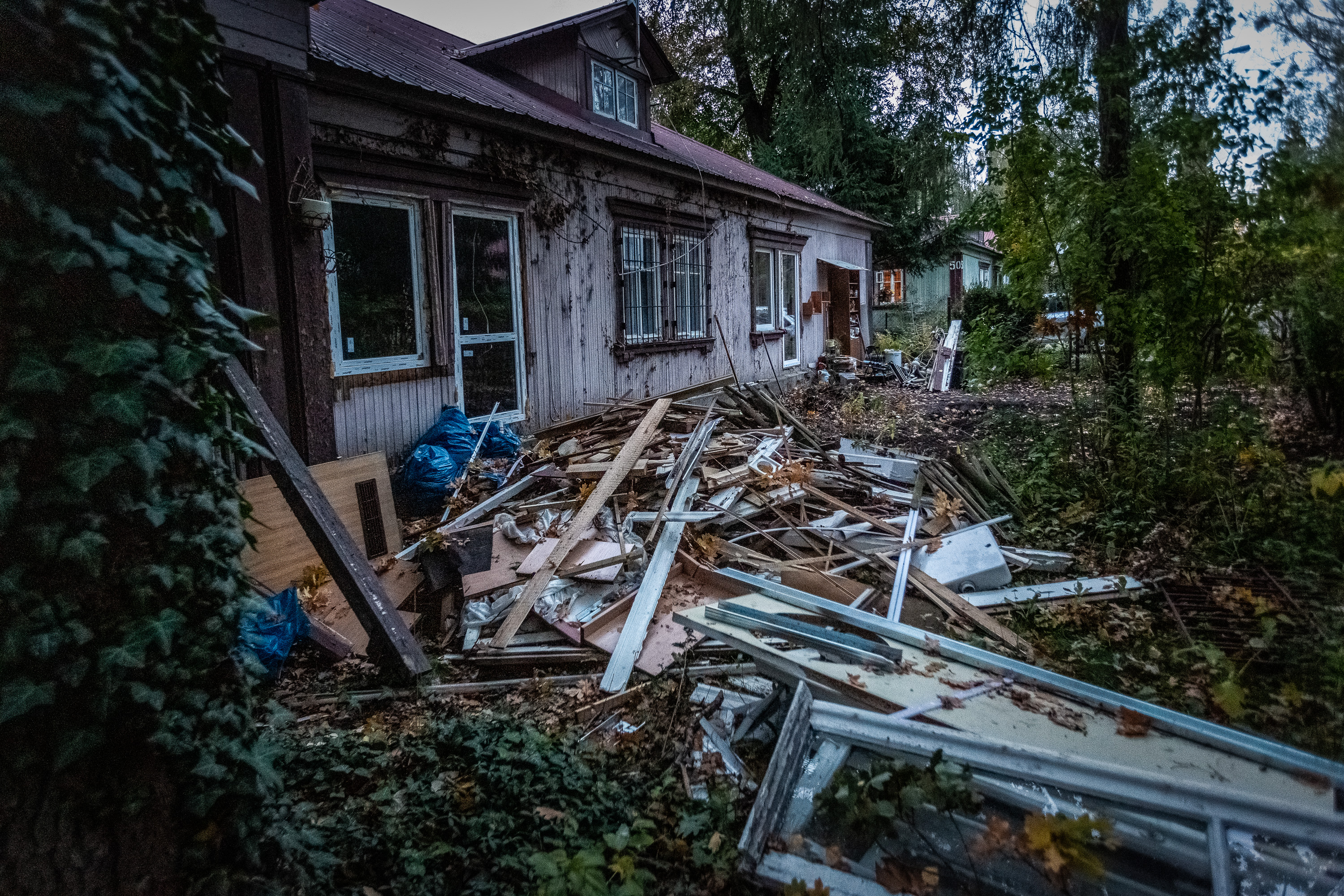 The lack of funding and legal uncertainties has led to the slow demise of the estate.Kalbar/TFN

Among the variety of obstacles is a Byzantine structural model whereby Przyjaźń is owned by the state yet managed by the city. Furthermore, additional dilemmas include restitution claims and a development plan covering part of the estate that prevents the sub-division of plots.

Compounding this lack of clarity are factors that restrict the estate from partaking in the city’s participatory budget and a historical status that has seen it entered in the Register of Municipal Monuments, yet denied all but the most basic aid from the conservator. 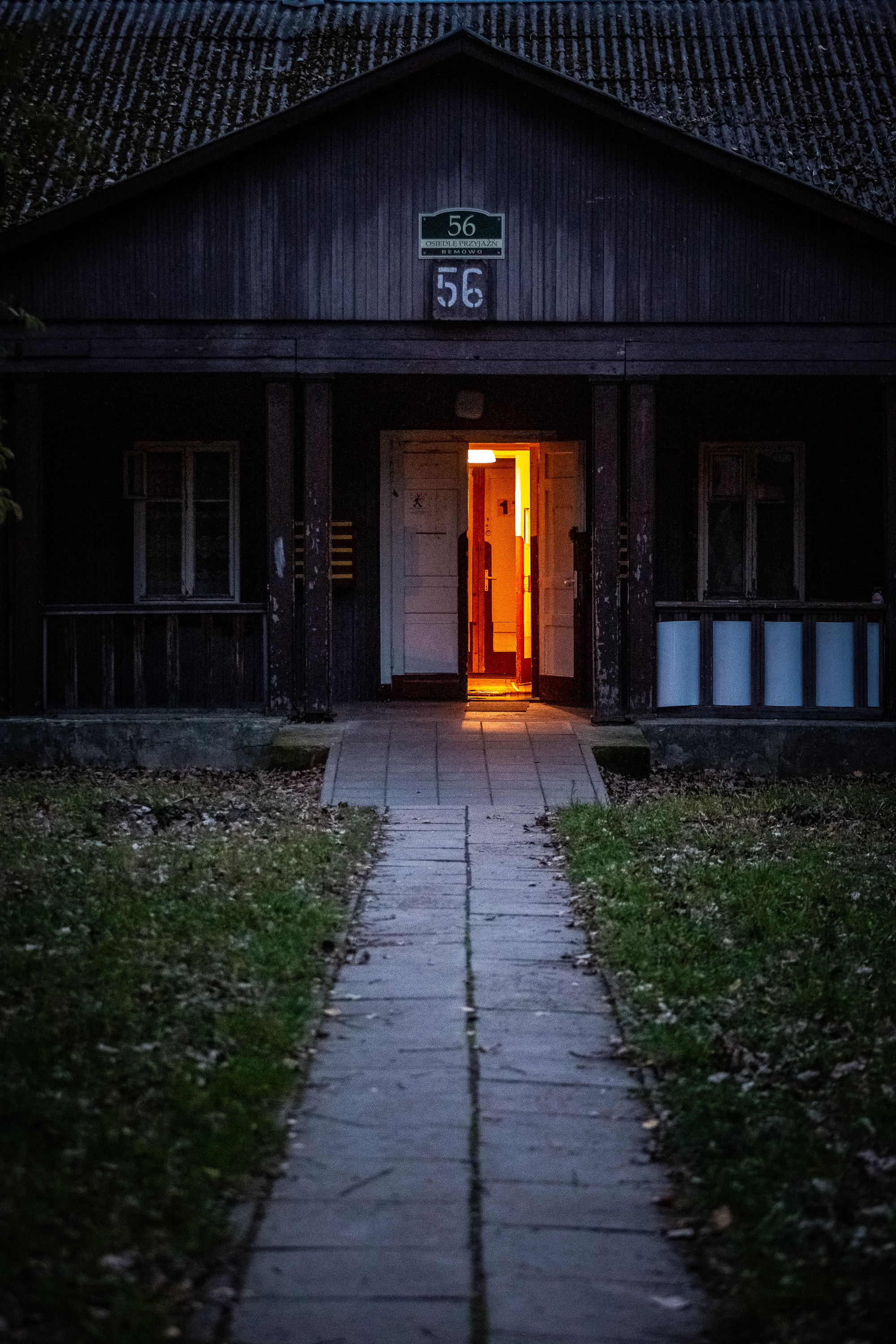 Despite its problems, life goes on.Kalbar/TFN

“The conservator has genuinely tried to help us,” says Aleksandra, “but our legal status and the number of restitution claims have stopped serious systemic investments. We hear promises, but in reality not much gets done.” 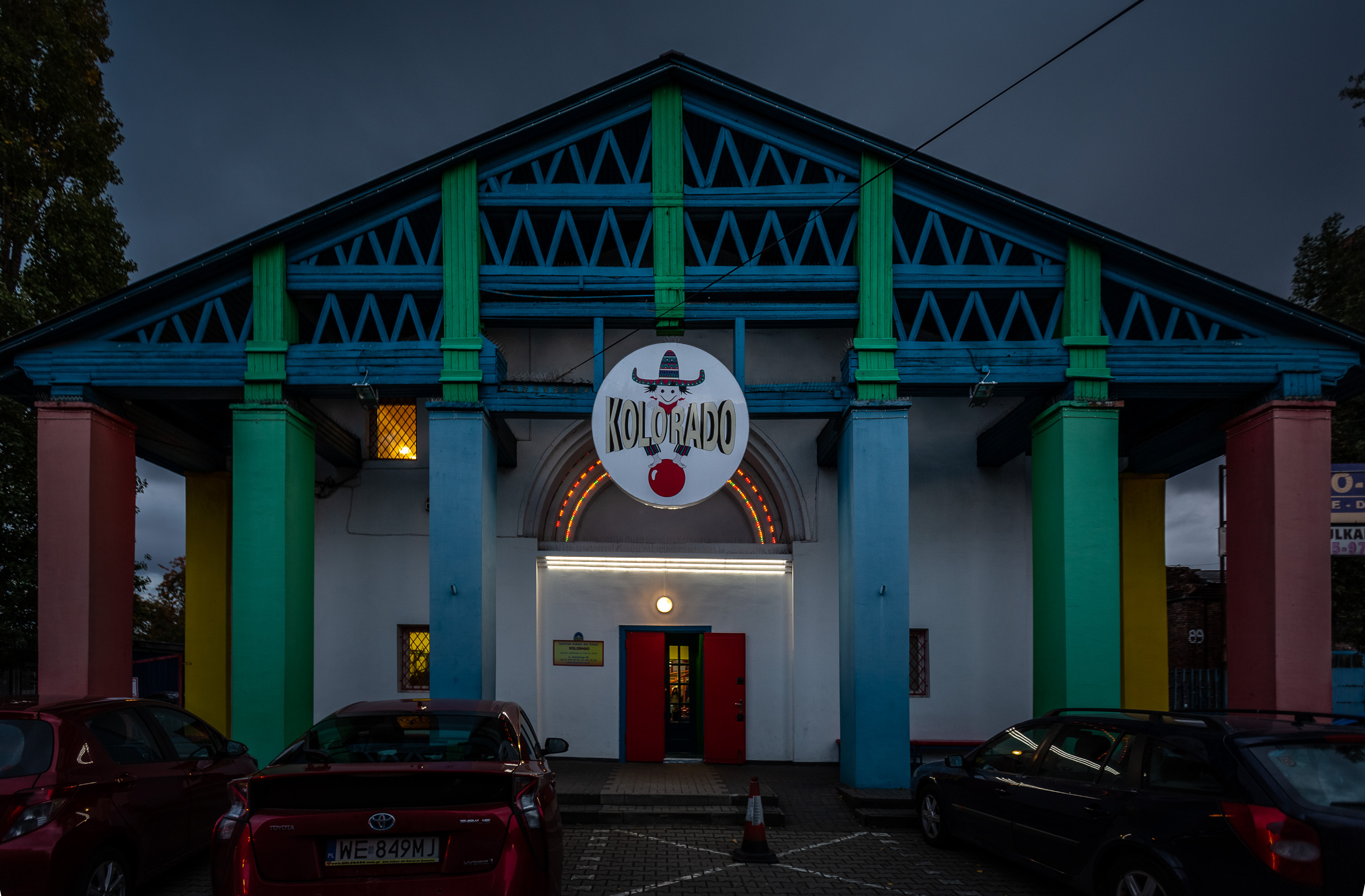 It its heyday the estate was well known its parties.Kalbar/TFN

Mired in a nightmarish tangle of legal mumbo jumbo and bureaucratic red tape, the situation has sown an air of uncertainty among residents who feel forgotten and overlooked. All the while, living conditions have worsened as time takes its inevitable toll on the core infrastructural elements. No-one, it seems, wants to stand up to the plate and assume responsibility. 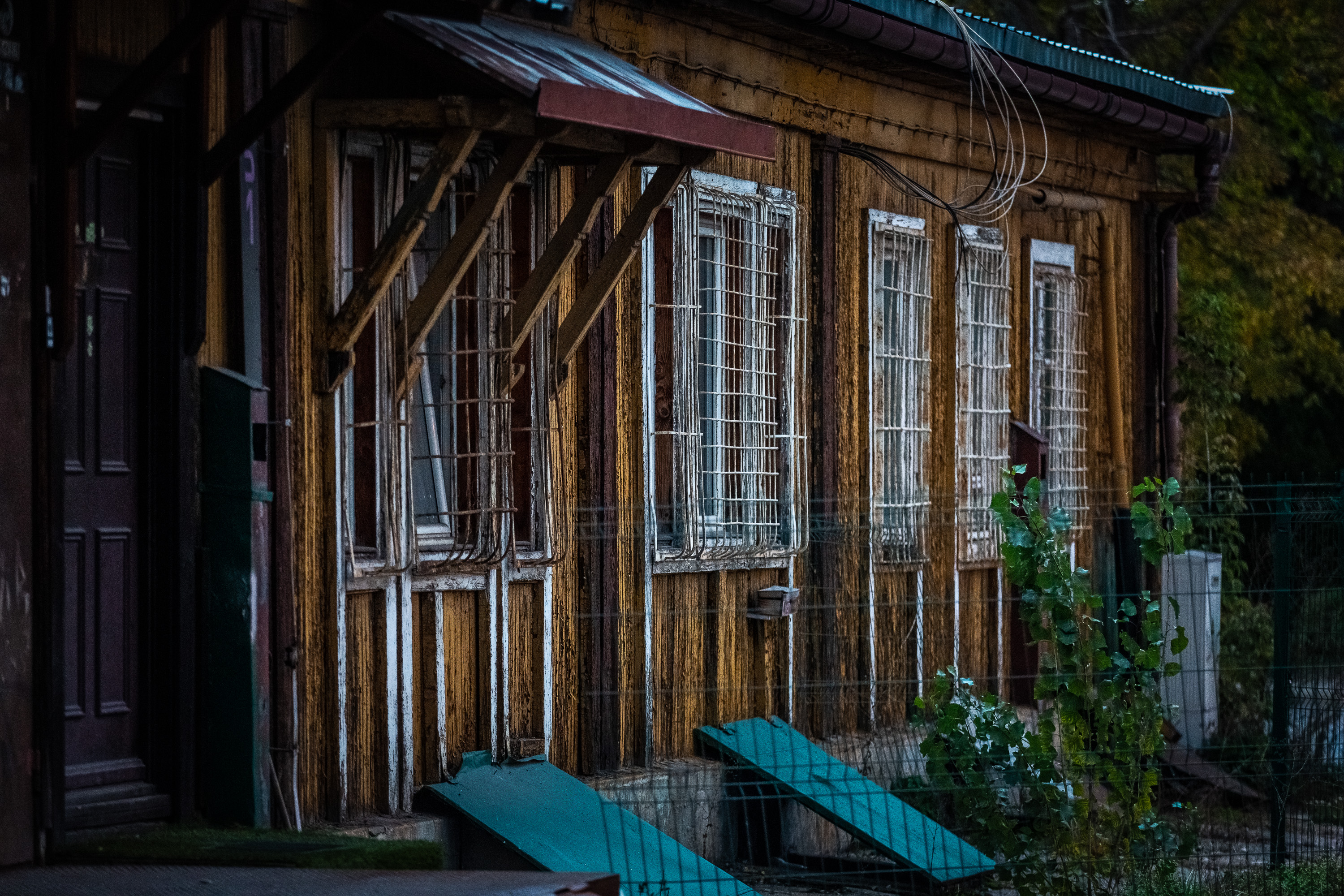 “We desperately want to feel like we’re a part of the city,” says Aleksandra.Kalbar/TFN

“Ideally,” says Aleksandra, “the area needs to be granted normal legal status; it needs a program of conservation as well as a proper plan of development.”

This, she points out, is not just to benefit the residents. 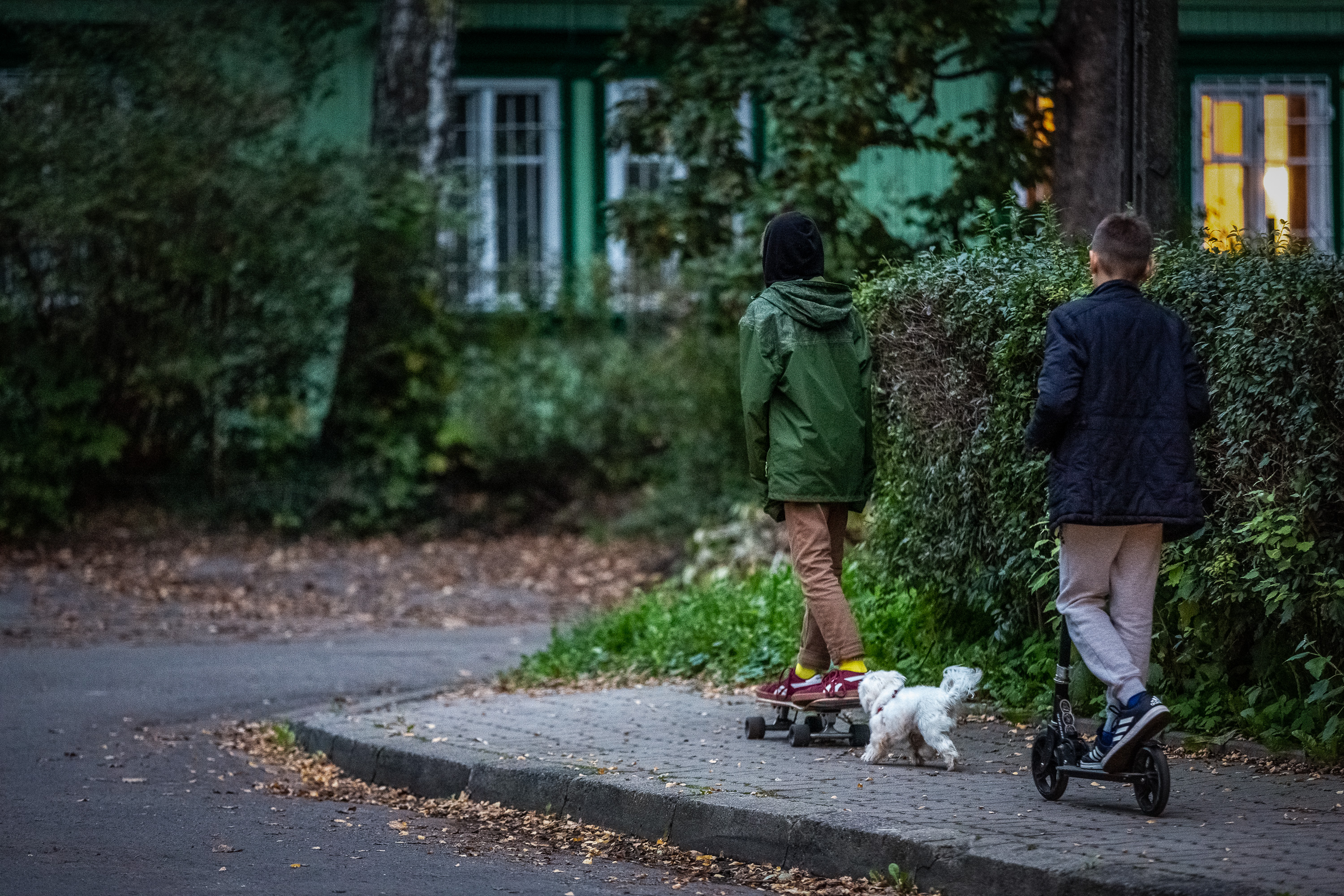 Some families have lived on the estate for generations.Kalbar/TFN

“Przyjaźń isn’t only important to the people living here,” she states, “it can become a valuable asset for the city both socially, as a park, or culturally – there’s so many buildings here that are empty that can be used for public-minded functions. We desperately want to feel like we’re a part of the city.”

It’s a far cry from the old times. Growing up on the estate, Aleksandra reminisces fondly of a happy childhood spent largely outdoors. But while cornerstones like the cinema, playground (“every kid raised here will remember the car in the playground,” she laughs) and pastry shop have long been closed, the area has kept its feeling of freedom and uniqueness. 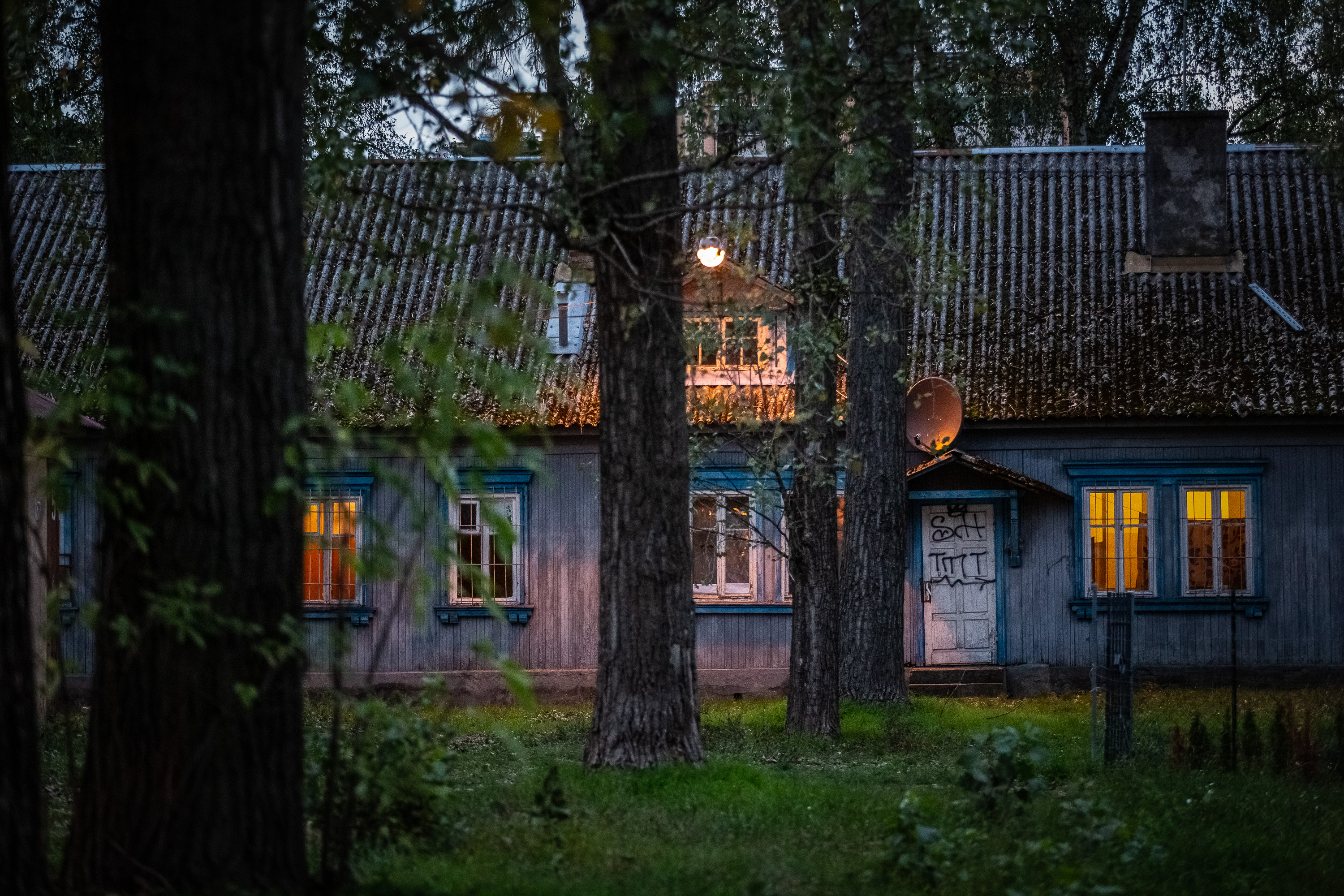 Its leafy roads gives the whole area a rural feel despite its city location.Kalbar/TFN

Ironically, given that this was to all intents and purposes the city’s first gated housing project, it has become an example of openness, its grid-like layout well-suited to long autumn ambles and other innocent pursuits.

Walking down foliage-carpeted avenues and past prim, cute cottages, one is struck by the sensation of being in another time. It’s a feeling loudly amplified by the scattering of leftover relics: at times, manhole covers peer from the vegetation, adorned with Cyrillic lettering announcing them as Made in Leningrad. 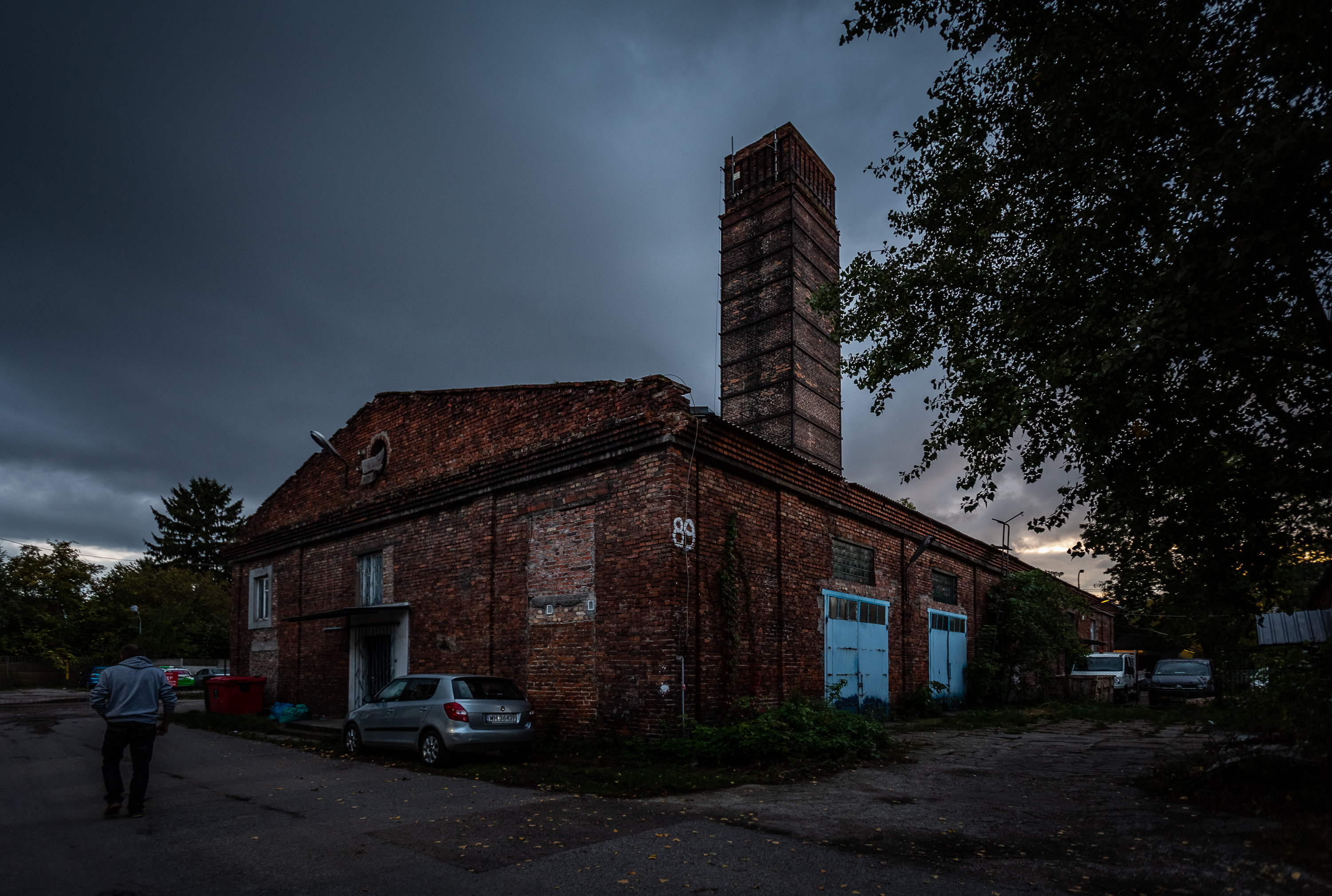 Occupying a prime piece of real estate and in trouble, Osiedle Przyjaźń has got the property developers circling.Kalbar/TFN

Though Aleksandra estimates up to a quarter of the housing scheme was bulldozed in the 80s, around a 1,000 people still call this place home, many part of third or even fourth generation families that have lived here since the beginnings of Przyjaźń.

Despite the lack of confidence surrounding the future of the estate, these residents have proved resilient, rallying to fight their cause and safeguard the future.

Of the initiatives they have put in motion have been projects to popularize the history of Przyjaźń, the goal being to thrust it into the public’s conscience. As part of this, a campaign to record the oral testimony of the first wave of early pioneers has proved particularly successful as has the launch of an interactive historical map (osiedleprzyjaznmapa.pl). 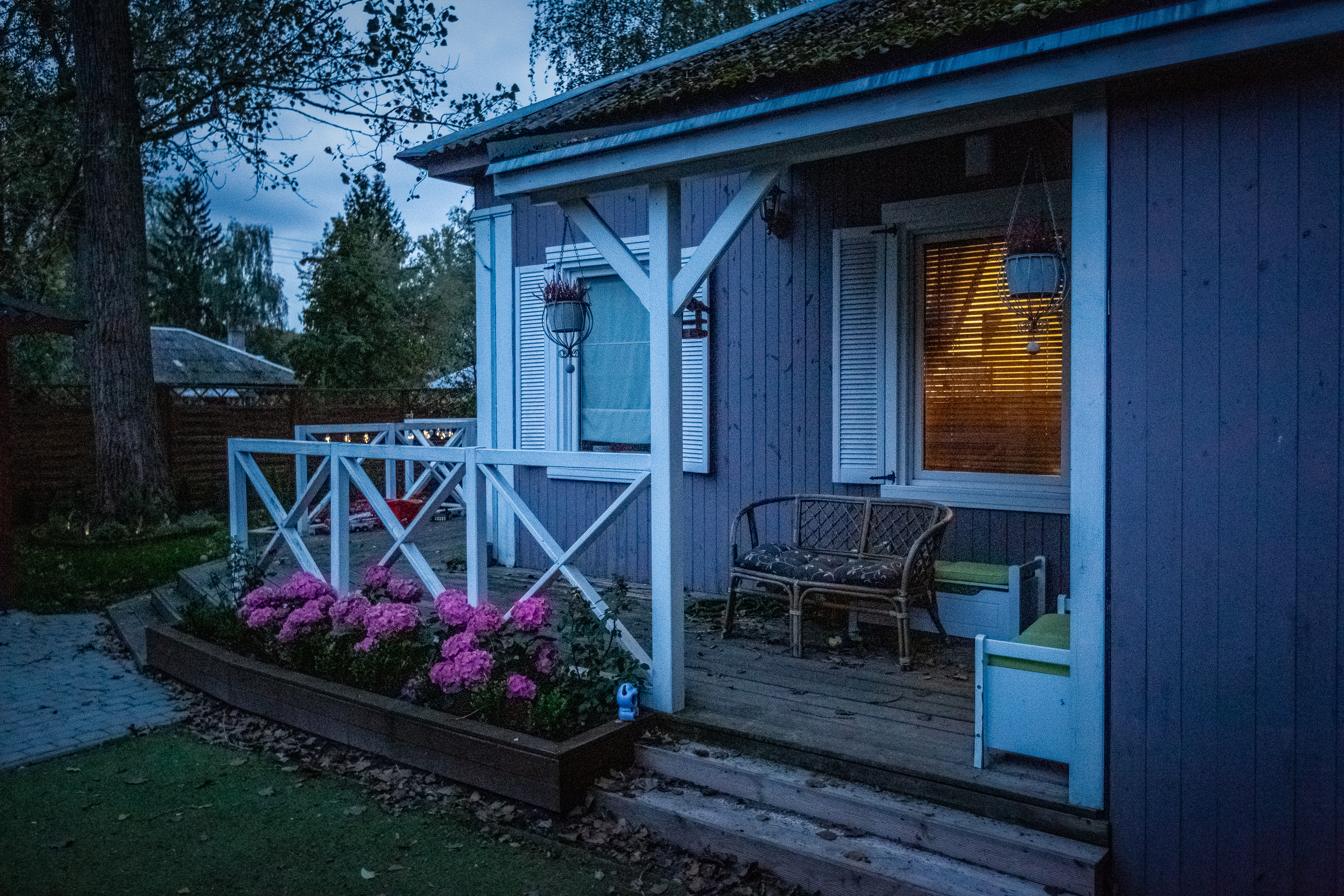 But its residents went to stay put.Kalbar/TFN

Regardless of this, question marks remain. With a new metro stop due to be added to the district, never has the area been so coveted in real estate terms. Developers are circling. As they do, Przyjaźń continues to slide into what some describe as a progressive state of degradation.

What happens next is the million dollar question: does Warsaw act to rescue a lesser-known part of its history, or does it look the other way and continue about its business. The answer is by no means clear-cut.

For more info about the campaign to save Przyjaźń, see: przyjazn.org

Model-turned-actress Kasia Smutniak was given the Eastern Star Award at the Trieste Film Festival in recognition of her help in building a bridge between western and Central Eastern Europe.