The City Theatre in Gdynia will get a facelift that will give theatre-goers a new entrance and a revamped café among a raft of changes to the cultural institution.

Built in 1952 and opened in 1959 as the Wybrzeże Theatre’s Travelling Stage, the theatre’s name changed several times over the years, and since 2000 it has born the name of Polish writer Witold Gombrowicz.

It is a place for theatre-goers seeking “intellectual and aesthetic stimuli, as well as a moment of breaths from a tiring reality,” according to its website.

Now the outside will be renovated by award-winning architects’ studio WXCA, which has been selected in a competition. Based in Warsaw, the firm’s work ranges from urban projects to interior design. It has been involved in host of projects across Poland, including the National Archives in Kraków, the District Court in Katowice, and Lublin Airport. 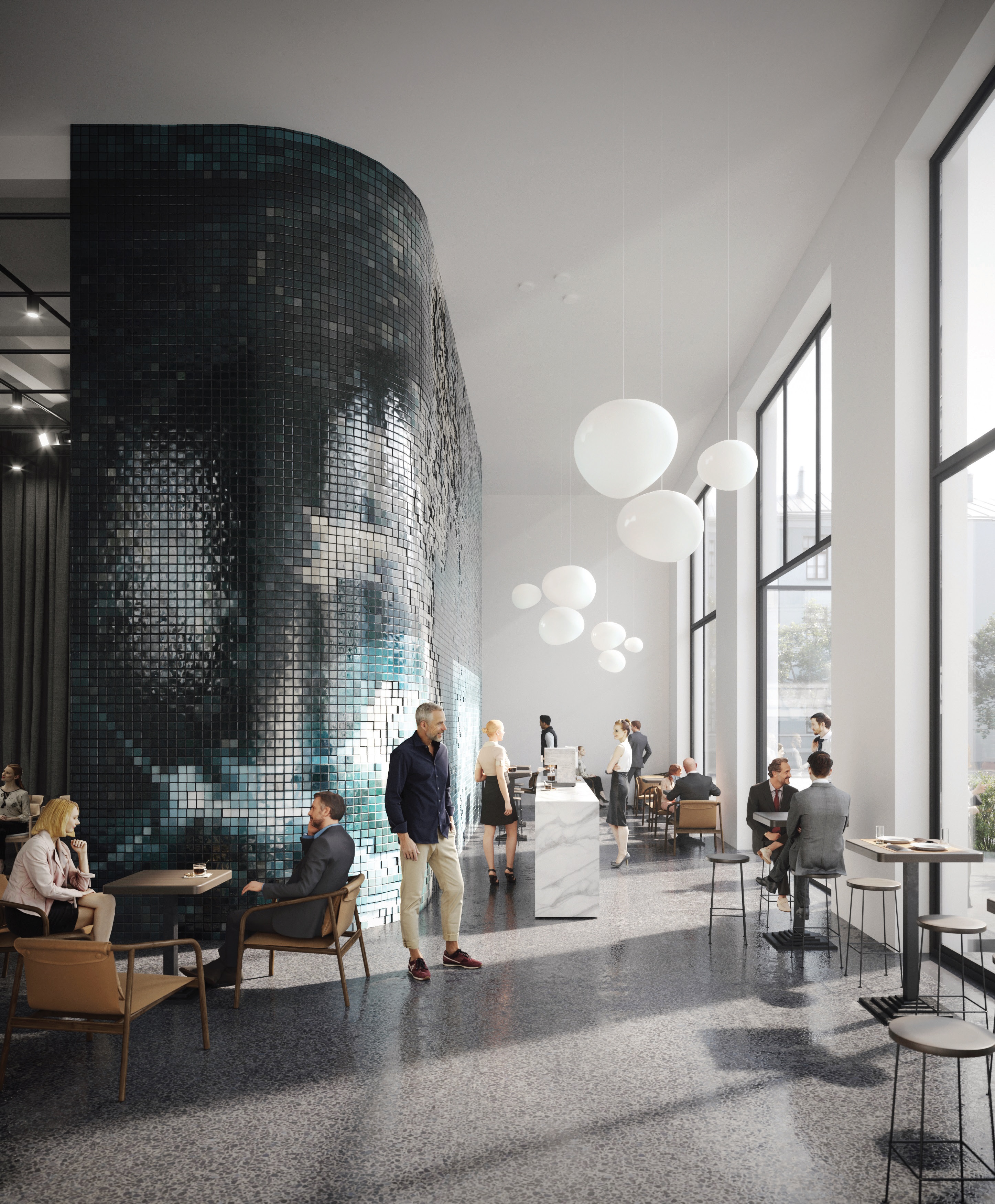 A revamping of the theatre’s café will also be part of a renovation designed by WXCA from Warsaw.WXCA Sp. z o.o./www.gdynia.pl

In Gdynia, the studio will give the theatre building a new façade and simplify its shape.

“The city’s modernist architecture and the original form of the building suggest the use of simple means of expression in shaping the façade,” the architects pointed out, adding that simple techniques create the building’s identity.

The main entrance, which leads into the foyer, will be shifted towards the nearby City Hall and attention will be drawn to it by two-storey arcades. Other changes will include a new roof, which will make the building taller, creating new space for storing stage decorations. The architects will also redo the theatre’s café, with a maritime-inspired mosaic echoing Gdynia’s modernist tradition.

“We want to have a City Theatre that, on the one hand, will correspond with the modernist buildings of Gdynia and, on the other, will be modern and functional,” said Marek Łuczyk, the city’s deputy mayor for development, adding that the design by WXCA meets these expectations.

In addition to the new façade and main entrance, the building will be adapted to the needs of people with disabilities, he highlighted.

The renovation follows an interior makeover carried out in 2015.