A Warsaw entrepreneur has joined the capital’s growing passion for coffee culture with the nation’s traditional support of the church by creating a café aimed at promoting Christian qualities.

Set at the top of Chłodna, a street that has flourished in the wake of the Wola district’s recent boom, the informal venture has become a hit with both Christians and non-Christians alike on account of an easy-going environment perfectly matched with its non-intrusive religious message. 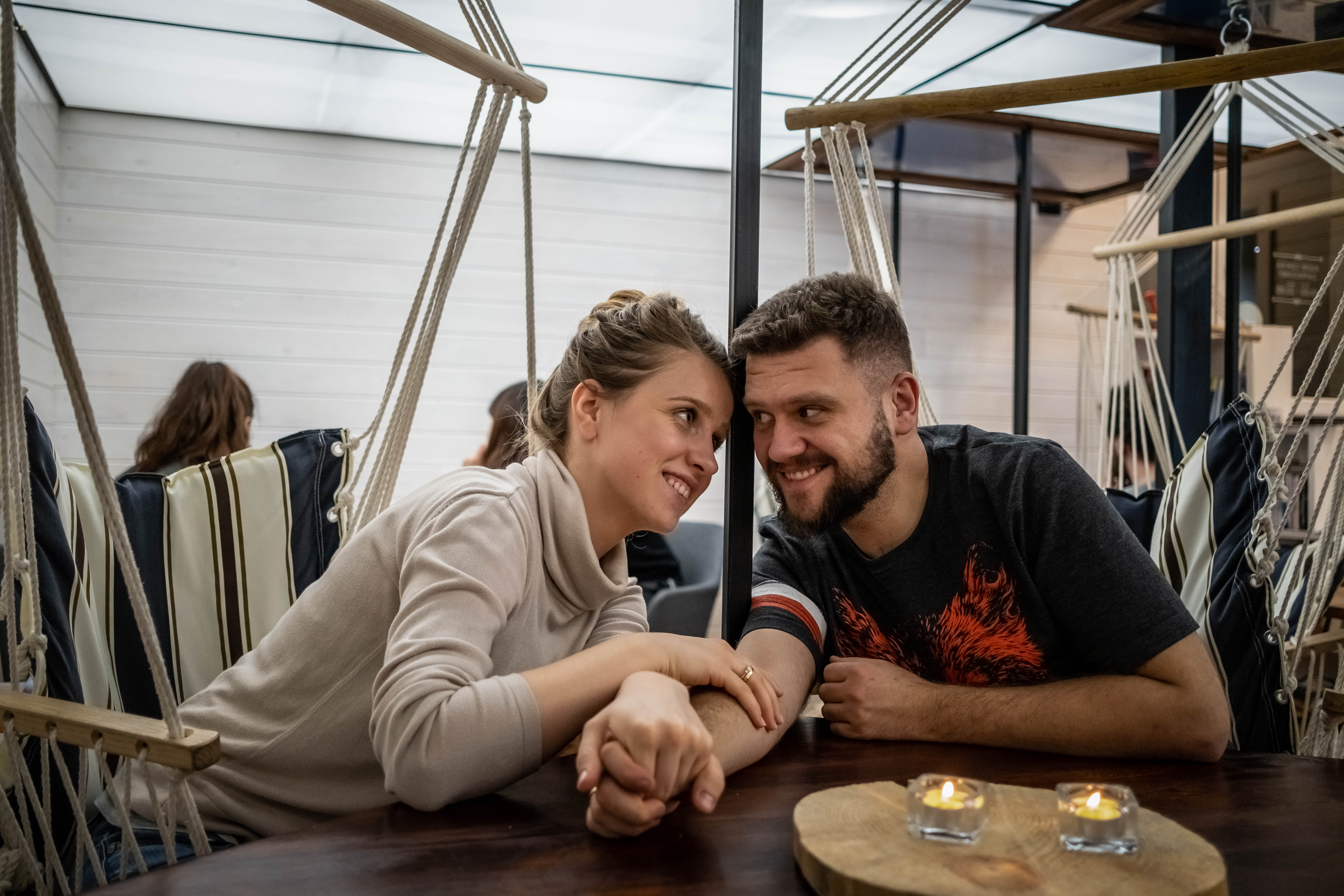 Founder Tomasz Sztreker with his wife Katarzyna, who also works in the café.Kalbar/TFN

Speaking to KAI, a Catholic news and information portal, founder Tomasz Sztreker revealed he was inspired to open the café having noticed a gap in the market. “I wholeheartedly wanted a place where important topics would be discussed but yet which would be filled with warmth and family atmosphere, not to mention events that were in line with my own set of values.”

Among other things, the regular roster of events includes business breakfasts where like-minded visitors can congregate to review how best to ally their regular work practises with their beliefs. 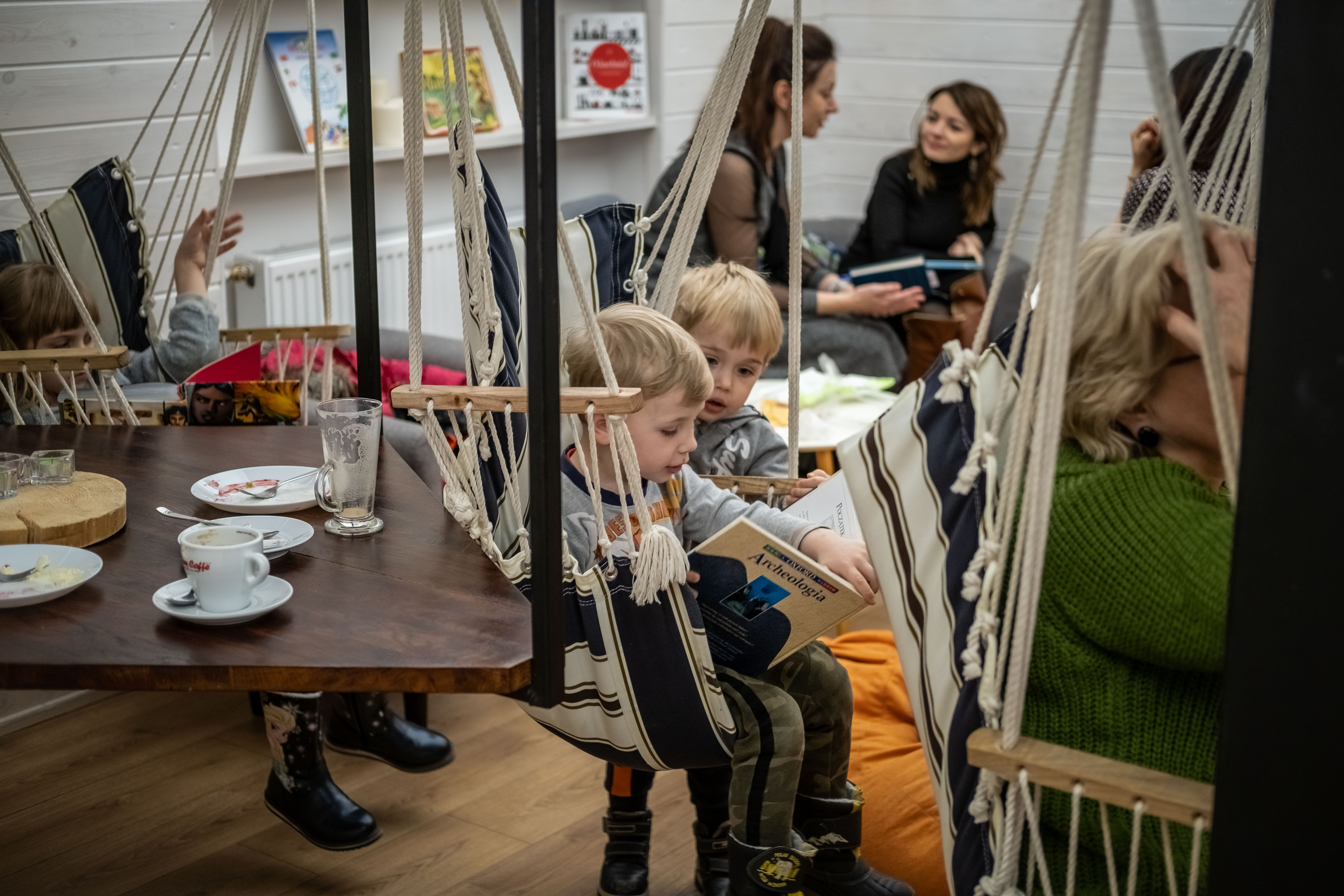 With a warm family environment the café has become a hit with both Christians and non-Christians alike.Kalbar/TFN

With over 3,000 verses concerning business appearing in the holy scriptures, points of discussion have been varied with the Wednesday morning meet-ups often led by invited entrepreneurs and specialists. Beyond the more complex issues that are covered, Sztreker is clear that the basics are not forgotten.

“Running a business involves certain responsibilities,” he told Gazeta Wyborcza, “so we like to remind visitors that, for example, while a burden, taxes are unavoidable, or for instance, if someone can’t pay an invoice, then they should be honest and tell the contractor.” 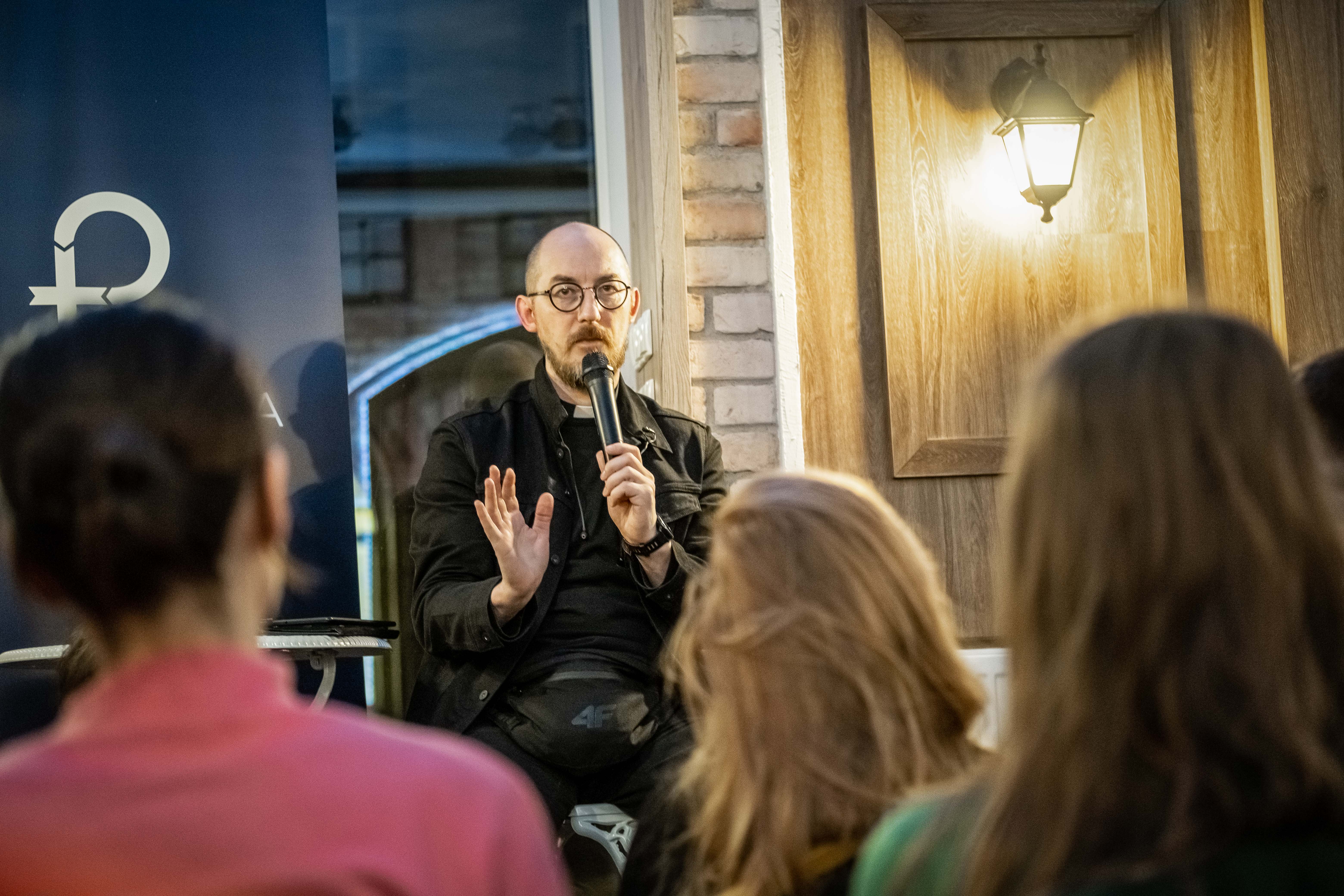 “I wholeheartedly wanted a place where important topics would be discussed,” says Sztreker.Kalbar/TFN

Other events are in the pipeline, including ones centred around science and philosophy, though as it stands perhaps the most publicity that has been generated has come courtesy of their singles evenings and speed dating nights. For Valentine’s Day next week, prior records look set to be smashed with over 150 people already expressing an interest in attending.

Having first started organizing Christian singles nights in different venues three years back, Sztreker himself is no stranger to implementing such happenings. “Basically,” he explains, “I wanted to meet women who shared the same set of values as myself, and I’d had enough of trying to find similarly-minded partners in clubs.” 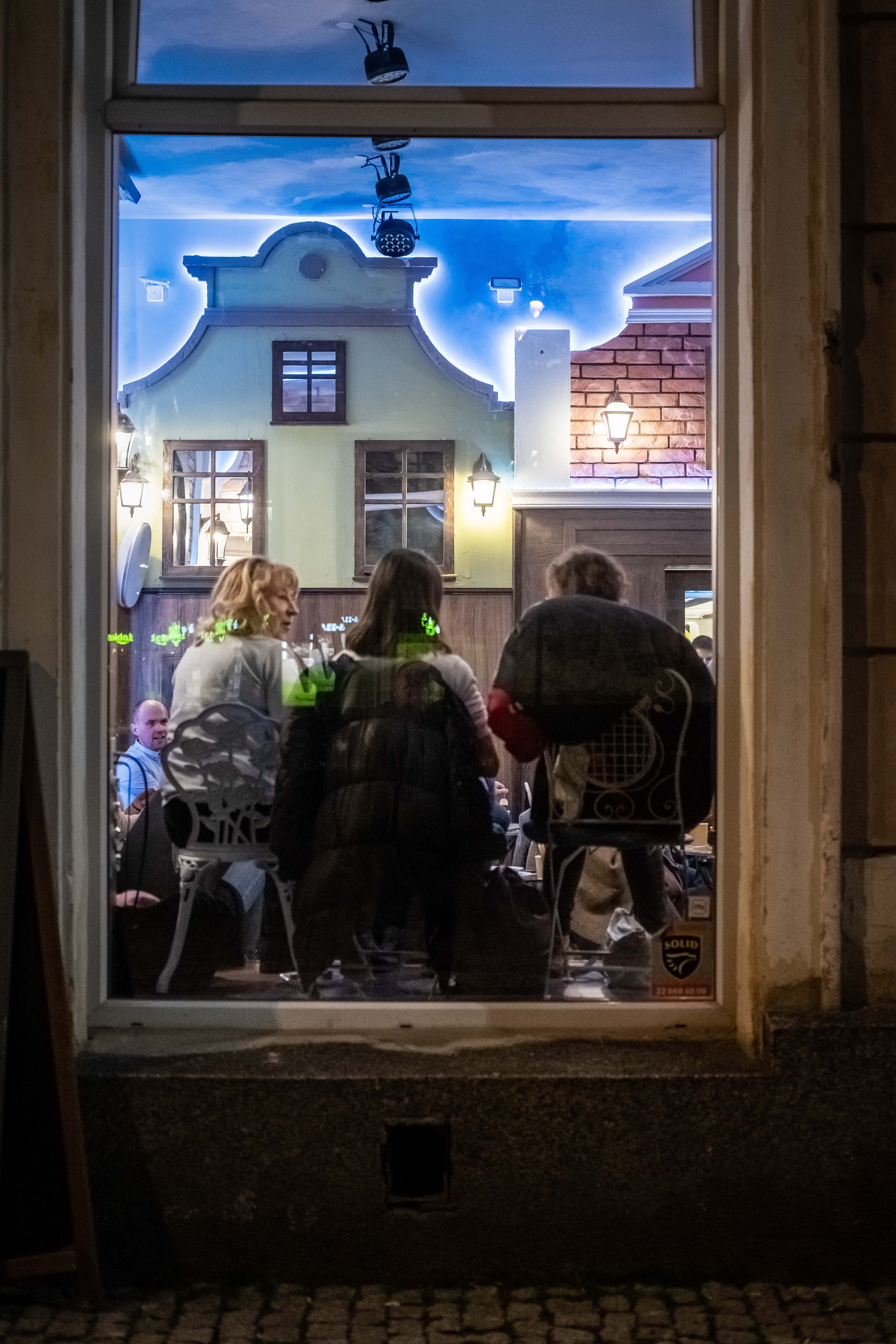 For Valentine’s Day next week 150 people have already expressed an interest in attending a Christian speed-dating night.Kalbar/TFN

Their success has been unquestionable – not only did Sztreker meet his own wife, Katarzyna (who oversees the day-to-day running of the café) at such an evening, but he estimates that over 100 other couples have also found love at his events.
Named Agere Contra (loosely translated from Latin to mean ‘act against the tide’), choosing the café’s title was a drawn-out process that was eventually resolved during a conversation with his wife.

“I said to Katarzyna,” recalls Sztreker, “we must act against the tide much like St. Ignatius of Loyola taught. She looked up at me and replied, well, that is the spirit of the Agere Contra café.” At a stroke, their concept now had a name. 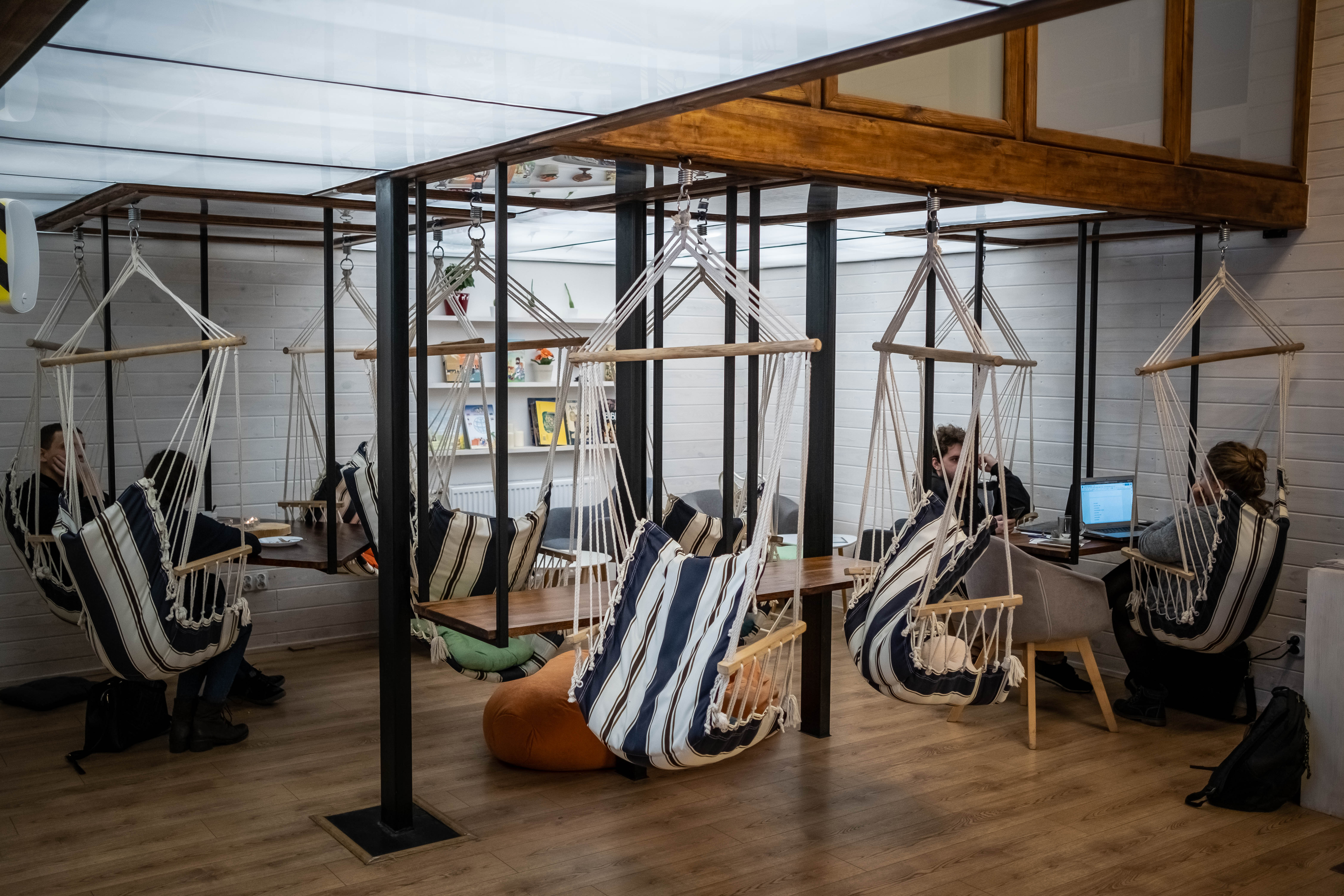 Since then, success has seemingly come easy with the café conducting a brisk trade throughout the week, and while religious material is prevalent its presence is never overwhelming, a factor that has helped garner custom from a broad range of clients. “We welcome all,” stresses Sztreker. “We’re not just for believers, because that’s what the Gospel teaches us.”

Intimate, casual and disarming in the relaxed way in which it carries itself and its message, Agere Contra already looks to have become a firm fixture on Warsaw’s café map; and this could yet be just the beginning. Ultimately, reveals Sztreker, the ambition could yet see more such cafes rolled out around the country.