He’s Popeye the Polish man: the roots of the famous cartoon character may lie deep in central Poland

Just about everybody knows of Popeye, the pipe-tooting sailor whose spinach-fuelled arms packed a colossal punch.  But what everybody probably doesn’t know is that the man who provided the inspiration for the brawling-mariner character had Polish roots.

March 24 marks the 72nd-anniversary of the death of Frank “Rocky” Fiegel, a sailor, pipe smoker, street fighter, and, most importantly, the inspiration behind Elzie Segar’s character.

Popeye appeared for the first time in print in 1929, making his debut in the Thimble Theater comic strip. Together with his best mate J. Wellington Wimpy, beloved Olive Oyl and arch-nemesis Bluto, he quickly became the readers’ favourite. Since then the character has been shown in numerous comics, movies and animated series, including a live-action 1980 movie with Robin Williams in the main role.

Many of the comic-book heroes seemed to be inspired by the dwellers of Chester, Illinois – E.C. Segar’s hometown. Among them Popeye, whose strength, fighting aptitude, smoking habits and good nature were also attributed to Frank Fiegel. A local legend, he was known for his brawling skills, lack of enthusiasm for stable work but a lot of enthusiasm for the town’s saloons. 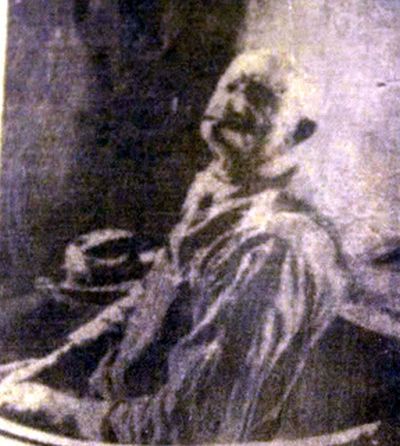 Beth Nock, Brand Marketing Director for Popeye in the US, told TFN that photos of Fiegal were extremely rare and that there was only one existing image in their archives. She added: Popeye does not use his pipe to smoke.  It’s a tool he uses on occasion to help get him out of trouble and to sound his signature ‘toot toot’.”King Features

Frank was one of five children. His parents, Anna and Bartłomiej Figiel, gave only the one of them a Polish name – Jan. The other siblings were called Bernard, Joseph, Celia and of course Frank. It seems that both Anna and Bartłomiej were first generation immigrants, hailing form Czarnków in central Poland. Their surname was originally spelled Figiel, suggesting that Fiegel is an Americanized version. Fittingly, the surname means ‘prank’ or ‘jest’ in Polish.

There is still some controversy surrounding Fiegel’s lineage, as the city of Chester, Illinois also lays claim to being the town of his birth. At the same time Segar never directly claimed that Fiegel was the inspiration for his spinach-devouring sailor, but he is an obvious choice.

Frank was buried in the town and since 1996 his grave bears an engraving of Popeye’s head, as well as the words “Inspiration for Popeye the Sailor Man”.

Howl about that! Sailors save drowning wolf