Heroes of the skies: On anniversary of the start of the Battle of Britain, TFN's Stuart Dowell looks back at the contribution of the Polish 303 Squadron

Victory in the Battle of Britain, which began on 10 July 1940, was the decisive event that allowed the UK to remain a bastion of freedom in Europe and continue the fight against German oppression.

The outsized role that the small group of Polish pilots played stiffened the sinews and strengthened the backbone of the Royal Air Force and may even have been the deciding factor that helped Britain emerge from its darkest hour.

When Germany launched its massive air offensive against Britain to dominate the airspace to prepare the ground for a landing operation on the British Isles, Polish pilots had already fought in two air battles against the Luftwaffe, in Poland and in France and they were keen to get into the skies. 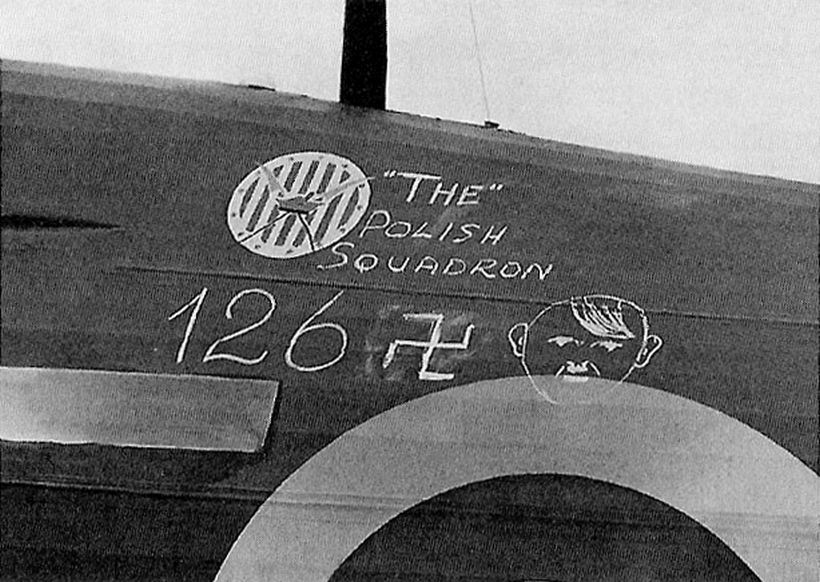 As many as 126 kills were credited to the 303rd Squadron, making it the best of the 66 Allied fighter squadrons during the battle. Painted on the side of a Hurricane fighter “126 Adolfs”.Public domain

However, initially, the British aviation authorities were critical of Polish pilots, believing that they were not fit to fight because they had only flown obsolete planes, did not speak English and had lost to the Germans not once but twice.

Flight Lieutenant John A Kent, who was posted to the Polish 303rd Squadron during the Battle of Britain, summed it up in his memoirs: “All I knew about the Polish Air Force was that it had only lasted about three days against the Luftwaffe, and I had no reason to suppose that they would shine any more brightly operating from England”.

Meanwhile, the situation for the British was desperate. Many experienced British pilots had been captured in the Battle for France or had been killed, wounded or were simply exhausted. There were not enough trained pilots and there was insufficient time to train new ones. 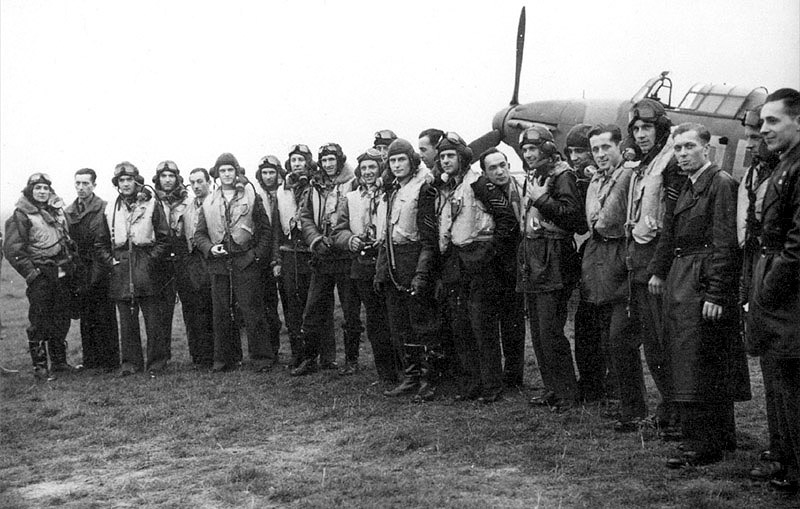 The British were impressed by the Polish pilots’ dedication and determination, but also by their exquisite manners and gallantry towards women.Public domain

The Poles, from the very beginning, had shown their eagerness to fight and the RAF's attitude towards them became more accommodating.

Two Anglo-Polish Agreements were signed creating the independent Polish Air Force and in July and August, two Polish fighter squadrons, the 302nd and 303rd, were established.

The 302nd was the first Polish squadron to be declared operational and entered battle on 15 August. Meanwhile, the pilots of the 303 Squadron were awaiting action with growing desperation.

After weeks of training on bicycles at RAF Northolt, the pilots finally got a chance to prove themselves in combat, being scrambled for the first time on 24 August 1940. 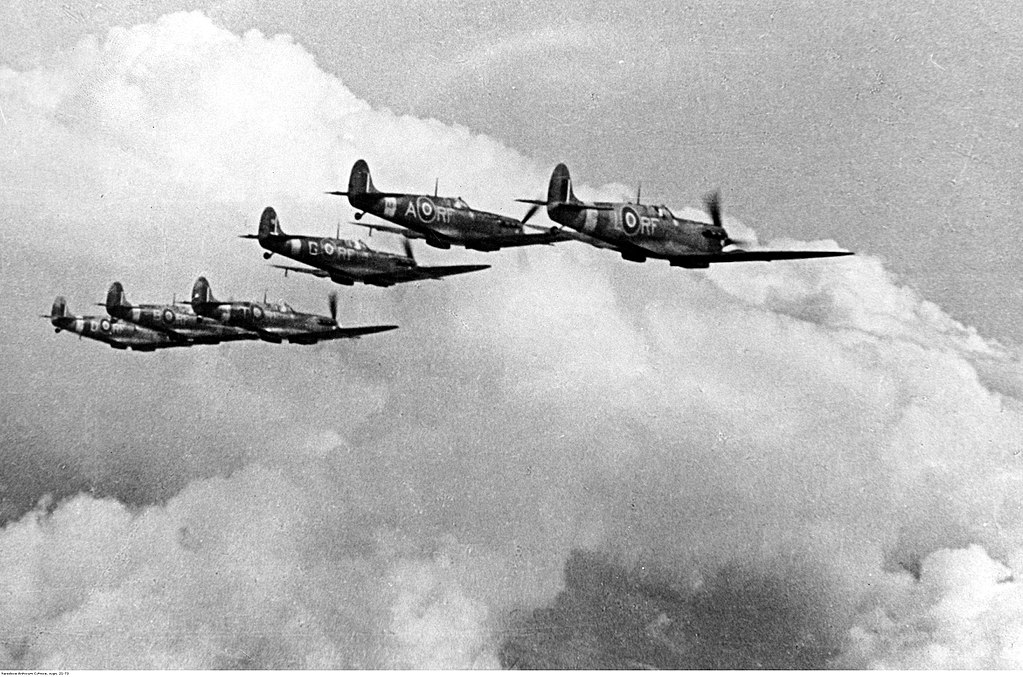 Polish pilots had a freer style of flying and it was said that they would only fire when they saw the whites of the enemy’s eyes.Public domain

Finally given the chance to fight, the Poles were devastatingly effective, though often insubordinate and unruly. “They made their own laws, no one could control them,” said a British officer serving in the 303 Squadron.

In total, 144 Polish pilots served in various squadrons that fought in the Battle of Britain, making up about 5% of all RAF pilots. Figures for the number of kills have varied over the years, but some sources state that the Poles a score of 203.5 destroyed enemy aircraft, 35 probables and 36 damaged, which is about 12% of all losses of the Luftwaffe during the Battle of Britain.

As many as 126 kills were credited to the 303rd Squadron, making it the best of the 66 Allied fighter squadrons during the battle.

RAF Fighter Command chief, Air Chief Marshal Sir Hugh Dowding, was in no doubt as to the importance of the Polish contribution: “Had it not been for the magnificent work of the Polish squadrons and their unsurpassed gallantry, I hesitate to say that the outcome of battle would have been the same”. 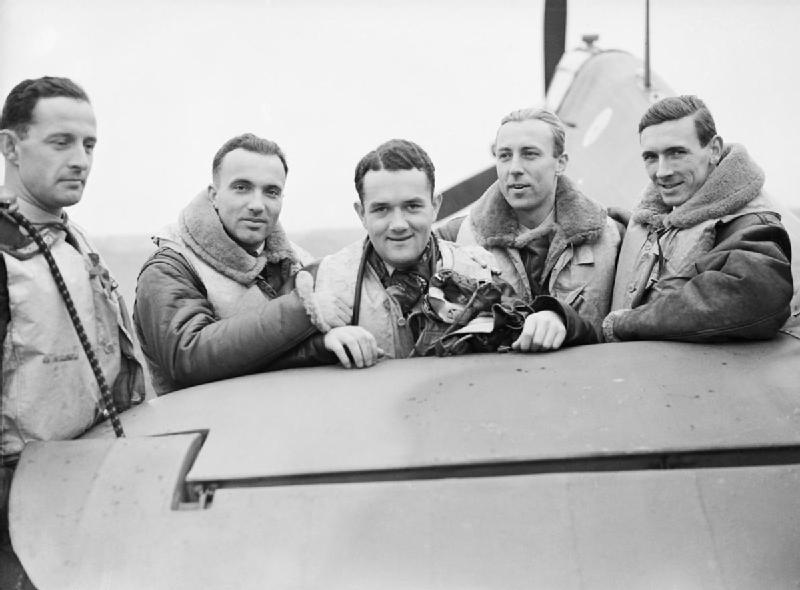 303 Fighter Ace Jan Zumbach (centre) was promoted to Squadron Leader in recognition of his excellence.Public domain

Their success was mainly down to the years of extensive and rigorous pre-war training many of Polish pilots had received in their homeland, far more than many of their younger and inexperienced RAF pilots thrown into the battle.

Young British pilots were also drilled to fly in close formation and to open fire only from a safe distance to protect their planes, tactics that caused disbelief among the Poles.

Polish pilots had a freer style of flying and it was said that they would only fire when they saw the whites of the enemy’s eyes. This lead to criticism that the Poles were reckless, but their survival rate in the battle proves otherwise. 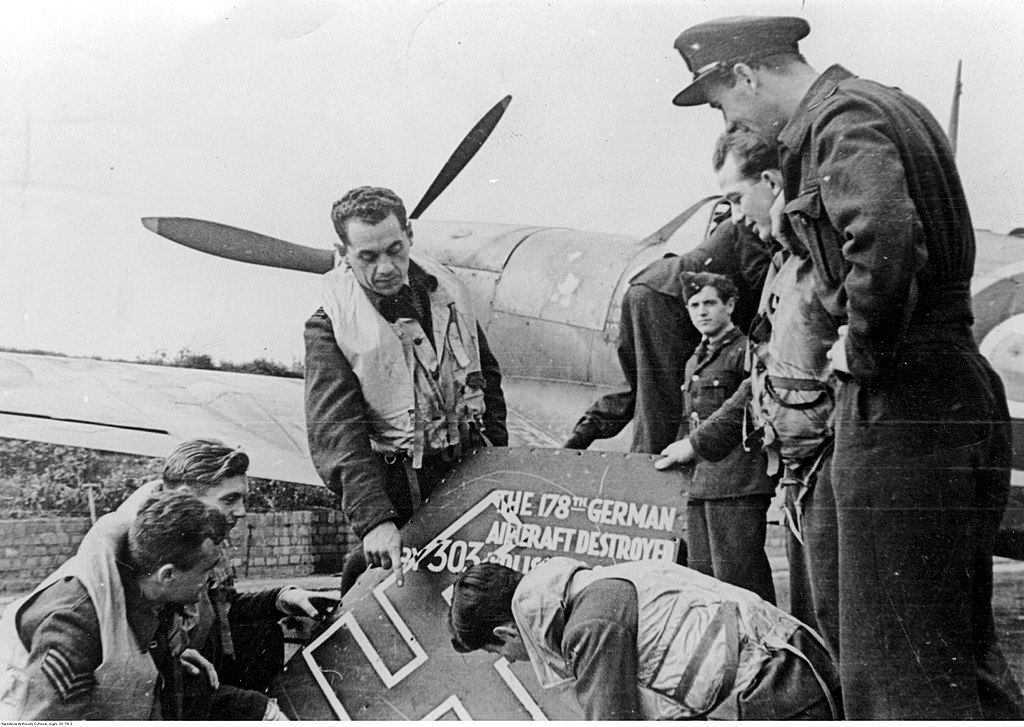 In total, 144 Polish pilots served in various squadrons that fought in the Battle of Britain, making up about 5% of all RAF pilots.Public domain

The achievements of the Poles during the battle aroused the admiration of the British. They were even personally honoured by King George VI.

The British were fascinated by the Polish pilots and a unique, almost romantic atmosphere built up around them. These exotic visitors from Eastern Europe speaking strange English aroused natural interest. The British were impressed by their dedication and determination, but also by their exquisite manners and gallantry towards women.

Indeed, their reputation for sweeping young women off their feet was well know. One headmistress of a girls’ school told pupils on graduation to keep away from gin and Polish airmen.

Polish fighter pilots became instant celebrities. International journalists flocked to airfields to write about their exploits, waiters refused to take payments for their meals in restaurants, bar owners paid for their drinks and bus conductors allowed them free journeys. 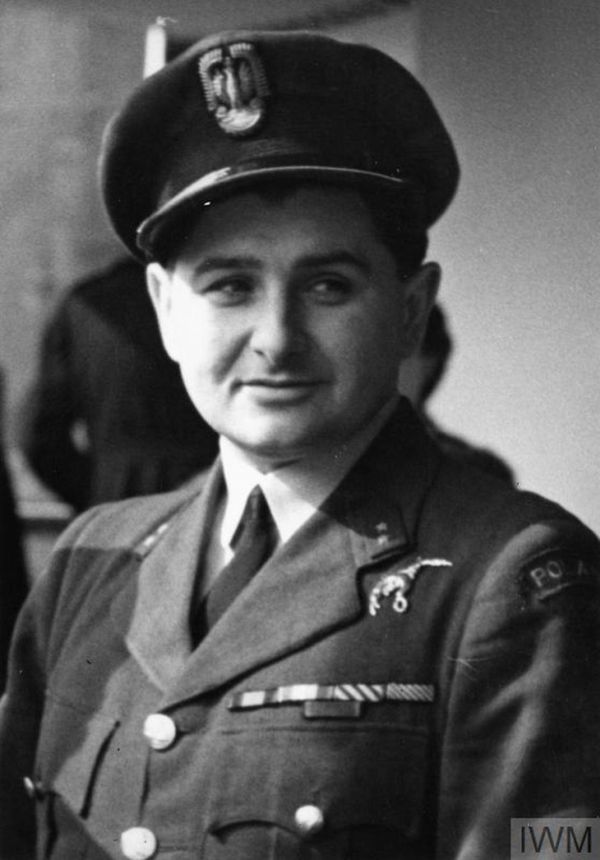 By the end of October, the Luftwaffe had failed and Germany stopped its preparations for the invasion of the British Isles.

Summarising the contribution of Polish pilots in the battle, British historian Andy Saunders said in an interview with PAP: “I would dare say it's decisive. If it were not for their support in the defence of the British Isles, perhaps today we would be living in a Europe dominated by Germany. […] In a sense, Poles and their unbelievable contribution to the RAF's air operations saved Europe.”

The Poles were ultimately let down by their British allies as London caved in to the realities of international politics and agreed to Poland remaining in the Soviet zone after the war, effectively replacing one totalitarian dictatorship with another.

In a final act of ingratitude, the Polish pilots, along with other Poles who fought in the West, were manoeuvred out of the London Victory Celebrations in 1946 after the British recognised the new Communist government in Warsaw. The affront evoked outrage in many quarters in Britain and is bitterly remembered in Poland today.