Polish mountaineers have saved the life of an Italian climber during a daring rescue operation in the Himalayas.

Italian climber Francesco Cassardo and pal Cala Cimenti were descending Gasherbrum peak VII (6955 m) on July 20th after becoming the first people in history to reach the top when Cassardo plummeted over 100 metres breaking his leg and suffering a near fatal neck injury.

Managing to alert his partner Erika to their danger, she quickly took to social media calling for help.

Writing from her home in Italy, she posted on Facebook: “Francesco fell during the descent from GVII [Gasherbrum VII]. Cala managed to reach him and he's with him. They're waiting for rescue, I guarantee they're doing everything they can.”

One of those to pick up the message was a group of climbers led by Denis Urubko, who last year was involved in the rescue of the French alpinist Elisabeth Revol from K2.

Francesco Cassardo (left) and Cala Cimenti was descending the 6,955 metre Gasherbrum peak VII after becoming the first people in history to reach the top when Cassardo (right) fell breaking his leg and suffering a near fatal neck injury.Cala Cimenti /Facebook

The four-man team which included Canadian Don Bowie and two other Poles Jarek Zdanowicz and Janusz Adamski, immediately abandoned their own climb on another of the Gasherbrum group of peaks, and set off to the rescue.

With fellow Italian Marco Confortola coordinating the operation from his basecamp, Urubko and his team were quick to reach the stranded climbers 6,300 metres up but soon found themselves stuck with how to get them down.

Confortola wrote on Facebook: “I seem to live inside a nightmare and can’t find the way out. I found myself faced with insurmountable walls - bureaucracy - insurance problems - organization of flights - other problems of rescue at K2 at Broad Peak and still can’t find the solution to make this blessed helicopter fly.

“Problems that are well known by all of us alpinists and that we accept as a risk knowingly.” 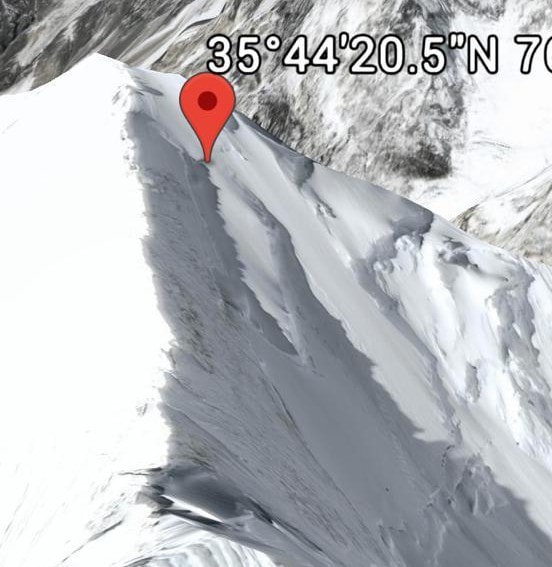 After constructing a makeshift sleigh, the rescue team managed to descend over 100 metres before a helicopter eventually came to their rescue. Cala Cimenti /Facebook

With the rescue helicopters occupied in different parts of the Himalayas, the team was unable to secure a transport to a hospital.

“Meanwhile, Denis, Don, Jarek and Janusz have gone up to the field ....... in these cases, everyone quickly offers their skills and knowledge to achieve the result,  but today I am tremendously disappointed,” added Confortola.

Deciding that waiting for a helicopter could mean the difference between life and death for the injured climber, Urubko and his team constructed a makeshift sleigh and began their descent. 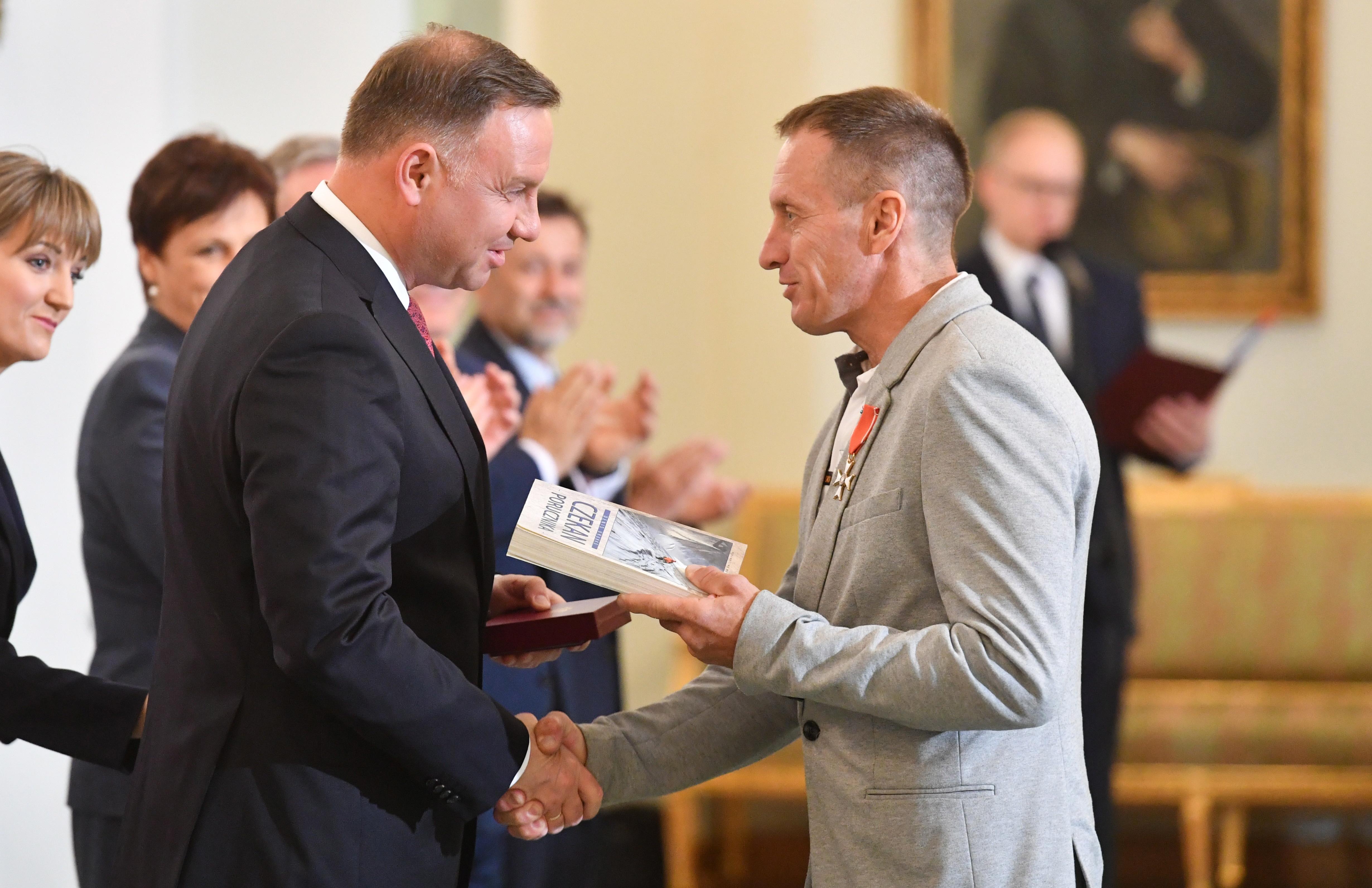 Veteran mountaineer and rescuer Denis Urubko was awarded in June this year by President Duda for his part in the rescue of French climber Elisabeth Revol from K2 last year. Piotr Nowak/PAP

Erika reported: “Denis Urubko, Don Bowie and the two Poles Jarosław Zdanowicz and Janusz Adamski were angels, without them we would never have made it and Francesco would not have been able to spend another night at 6300m.” Urubko even hauled and oxygen cylinder with him.

“They had just finished climbing an 8,000 and ran to us. Don gave up his expedition to save Francesco, he had to leave for his attempt at the summit,” she added. Just days before Urubko summited Gasherbrum II (8035m), while Don was in the process of making his own attempt. 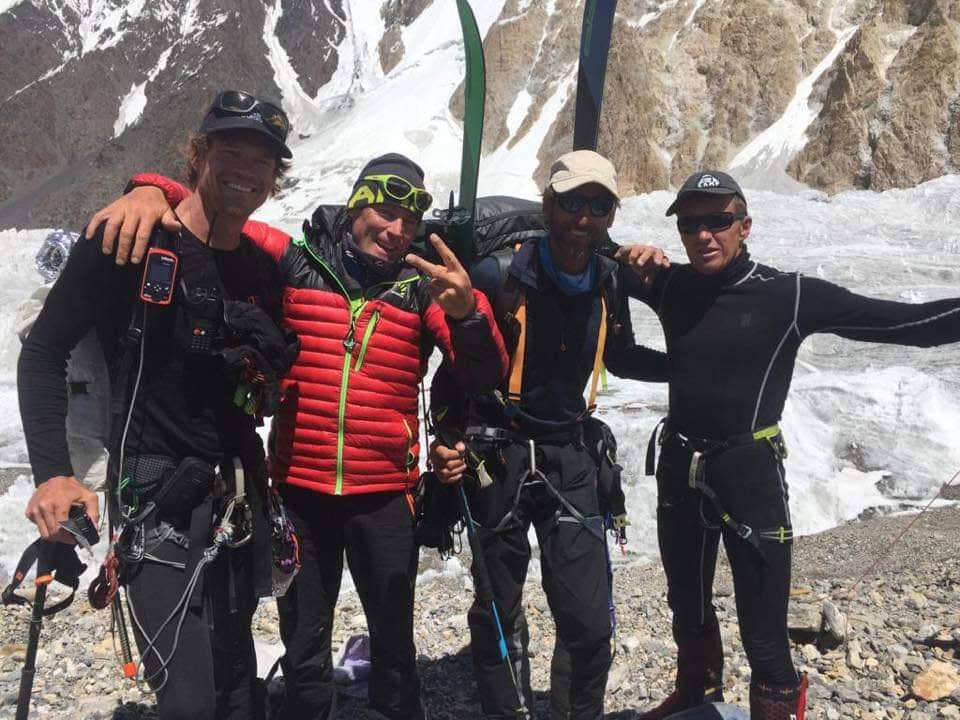 From Left to Right: Cala, Don, Marco and Denis after the heroic rescue from the Gasherbrum VII peak. Cala Cimenti /Facebook

The climbers moved Cassardo to 5900m where finally a helicopter reached them and transported the Italian to a hospital in the Skard region of Pakistan.

Relieved Confortola posted today: “Finally Cala also returned to the CB [base camp]. This morning's excitement was indescribable. We created a cohesive group to make a common front and this morning the whole team worked.”

“Thank you also to all friends, to those who followed us and sent us a message of encouragement. It was nice to feel surrounded by so much affection.” added Erika, after expressing her gratitude to the climbers, who took part in the operation.