‘Hello World!’ New face of Instagram gets off to flying start – but not all is as it seems

The latest face to cause a stir on social media is that of 21-year-old Sara Kosmos.

Taking to Instagram at the end of September with the greeting ‘Hello World’, the Warsaw-based ‘influencer’ has now garnered over 2,000 followers in just six weeks, posed in celebrity selfies and struck endorsement deals with leading fashion companies.

But what makes Sara Kosmos perhaps more surprising is she doesn’t actually exist.

She is, instead, a computer-generated avatar - and the first in Poland. 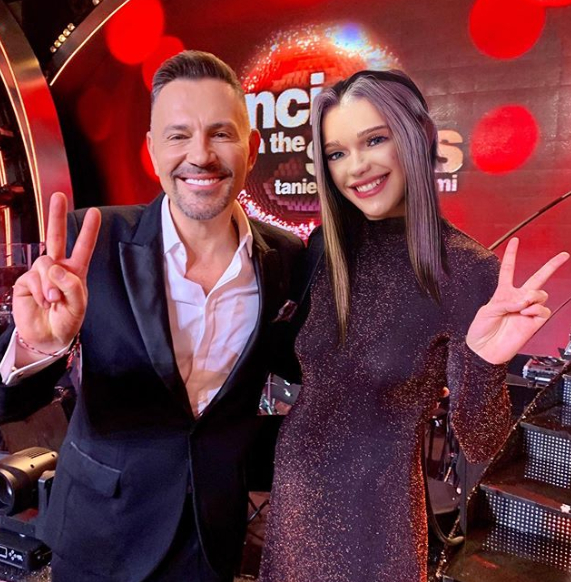 Kosmos who says she plans 'to takeover Polish show business' posed with TV host Krzysztof Ibisz on the set of Dancing with the Stars. Sara Kosmos/Instagram

Although nowhere near the status of other virtual influencers – LA’s Miquela Sousa, aka lilmiquela has over 1 million followers, has released several singles and starred alongside supermodels in campaigns for Calvin Klein, Prada and other brands – Sara Kosmos has quickly accumulated followers and says she is looking to follow suit.

She told TFN her plan was “to takeover Polish show business”, adding that there was enough room in the world and on the internet for virtually created stars and real humans to co-exist. 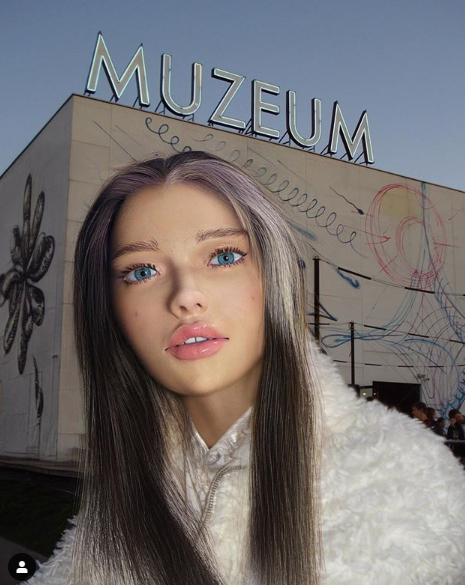 Her Instagram is full of photos of Kosmos posing at well-known sites around Warsaw. Sara Kosmos/Instagram

Going for the ‘real human’ look, her Instagram shows her in carefully posed photos hanging out by Warsaw’s Palace of Culture, sporting a range of designer brand clothes and posing with Dancing with the Stars host Krzysztof Ibisz, singer Majka Jeżowska and artist Zuzanna Bartoszek, who she describes as her “friend, my inspiration and my beloved poetess.”

Kosmos added: “I am totally into superfood — all kind of superpower juices, water and brew. Also I really appreciate moments of leisure spent in cafes. 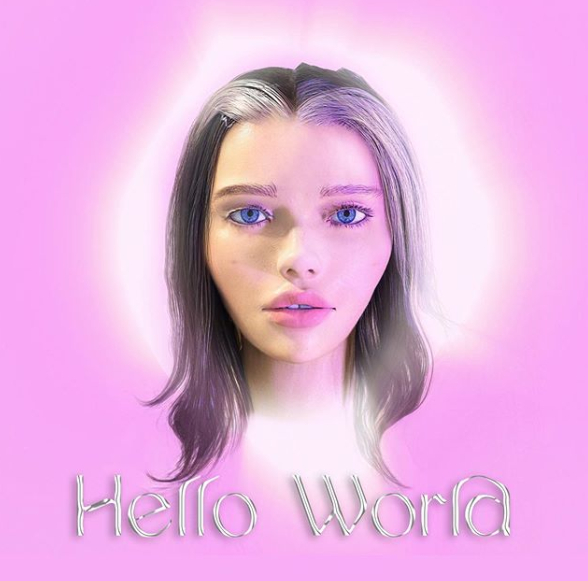 The avatar took to Instagram at the end of September with the greeting ‘Hello World’, a term used by programmers at the beginning of new programmes, often used as a test.Sara Kosmos/Instagram

“I usually go there by myself, order semi cappuccino with almond or coconut milk, sit down on a comfy sofa and focus on watching people’s behaviour or just read a book.

“Every day good vibes that make me feel like a real princess.”

Virtual reality influencer marketing is gaining in power with the last five years seeing it grow into a multi-billion dollar business. 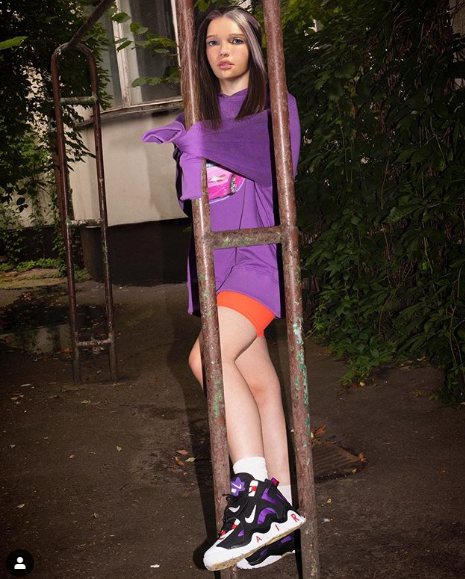 One of the brands Kosmos says she promotes is Nike. Sara Kosmos/Instagram

It’s not yet known who is behind Sara Kosmos nor whether she will reach the same level of fame experienced by other virtual creations, but she is certainly creating a buzz in Poland and on Instagram.

Easter catch up with TFN’s own Monica Zielinski