A decorated 100-year-old Polish war hero who flew bombing missions against the Germans has been robbed of his medals as well as jewellery and savings at his home in London.

Three men posing as water inspectors blagged their way into the home of former RAF tail gunner Jan ‘Black’ Stangryciuk and his wife Jadwiga in the London borough of Ealing last week.

While one of the thieves kept Jadwiga occupied in the kitchen, the other two combed the flat for valuables, searching through every draw and cupboard. Her husband was not at home at the time.

It was only after Mr Stangryciuk returned a couple of hours after the men had left that the couple realised that a number of his medals, some highly sentimental jewellery and thousands of pounds of cash were missing. 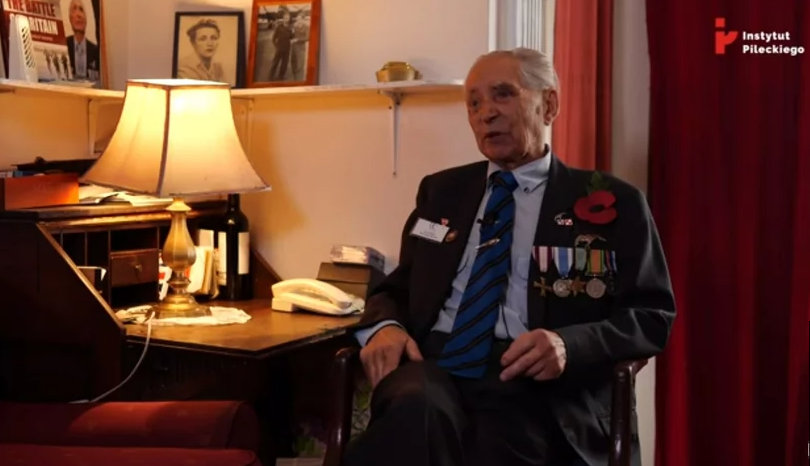 After Mr Stangryciuk returned a couple of hours after the men had left he realised that a number of his medals, some highly sentimental jewellery and thousands of pounds of cash were missing.Pilecki Institute/YouTube

Mr and Mrs Stangryciuk had been saving the money so that they could visit family in Poland, who they have not seen since the start of the pandemic.

Speaking to the news site British Poles, Jadwiga said: “Jan didn't realise what was going on. We were both completely confused. The whole thing lasted maybe 10 minutes.

“It wasn't until a couple of hours later that we realised what had actually happened. I was in such nerves that I didn't know what to do.”

Police say they are now looking for the culprits.

Consul General Mateusz Stąsiek said: “I was informed of this sad event on the same day. The Polish consul went to Mr and Mrs Stangryciuk to give them support and keep their spirits up. We are extremely sorry that such an incident happened to a veteran so respected by all of us. 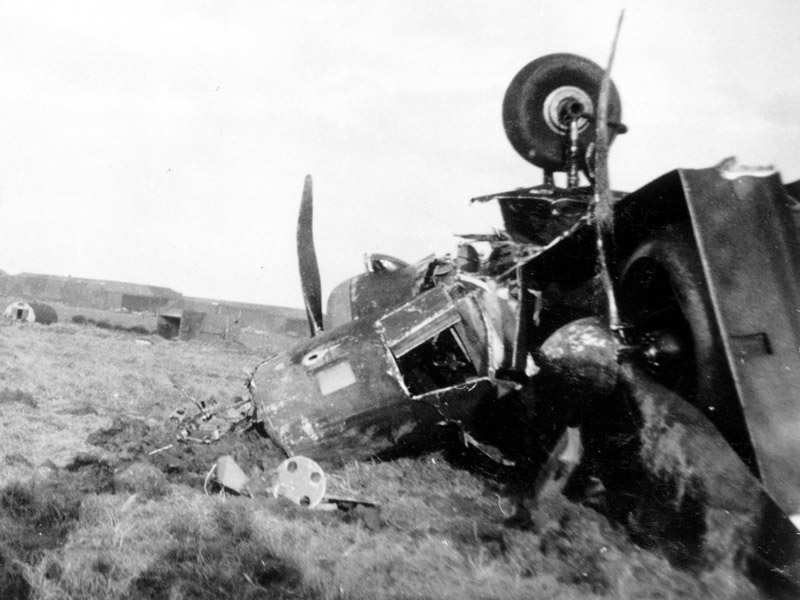 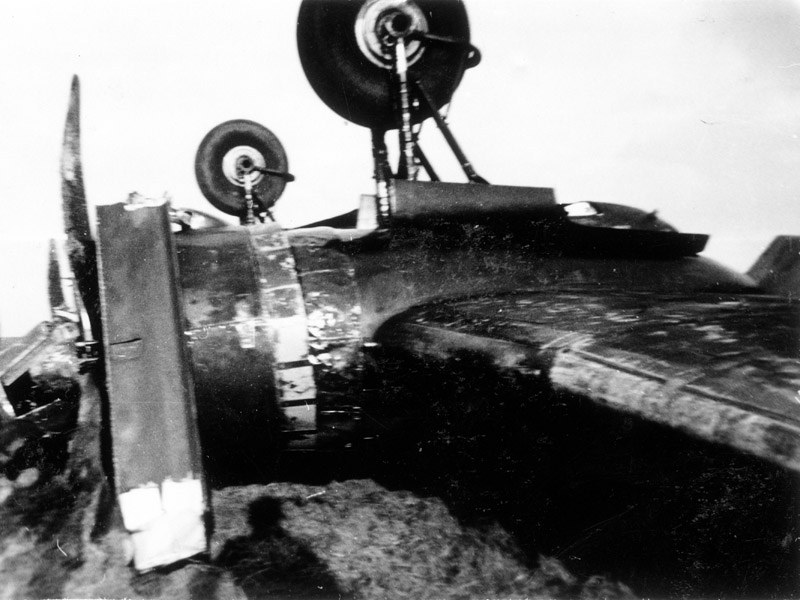 The wreckage of the Wellington bomber which crashed during the 18th Operational Training Unit on October 2, 1942, killing Corporals  Marian Hesse and Edmund Mistecki, and seriously wounding Jan Stangryciek.Polishairforce.pl

He added: “The Embassy has offered Jan every assistance.”

Born in Chełm, as a young boy Stangryciuk and his family emigrated to Argentina where he dreamed of joining the Polish Armed Forces.

In 1942, At the age of 19 he arrived by ship in Belfast, where he soon began taking his first training flights.

During one such flight in a Wellington Bomber, Mr Stangryciuk survived a crash. As he tried to get out of the burning aircraft, it exploded causing Mr Stangryciuk serious face injuries.

He then spent months in hospital where after 20 operations he had his face reconstructed. 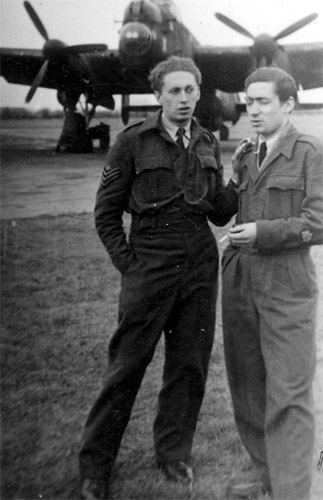 In 1944-45, Stangryciuk (R) took part in 18 missions over Nazi Germany as a rear gunner in the No. 300 Land of Masovia Bomber Squadron.Polishairforce.pl

Eventually returning to flying, in 1944-45 he took part in 18 missions over Nazi Germany as a rear gunner in the No. 300 Land of Masovia Bomber Squadron.

He remained in London after the war and married his first wife, adopting her surname of Black. He left the RAF in 1948, spending the next 20 years working as a delivery driver.

His first wife died in 2004 and he later remarried Jadwiga, who is also originally from Poland.

Mr Stangryciuk is a member of the highly prestigious Guinea Pig Club for airmen who suffered burns during operations.

Members of this club were invited by the British to the infamous Victory Parade on 8 June 1946. 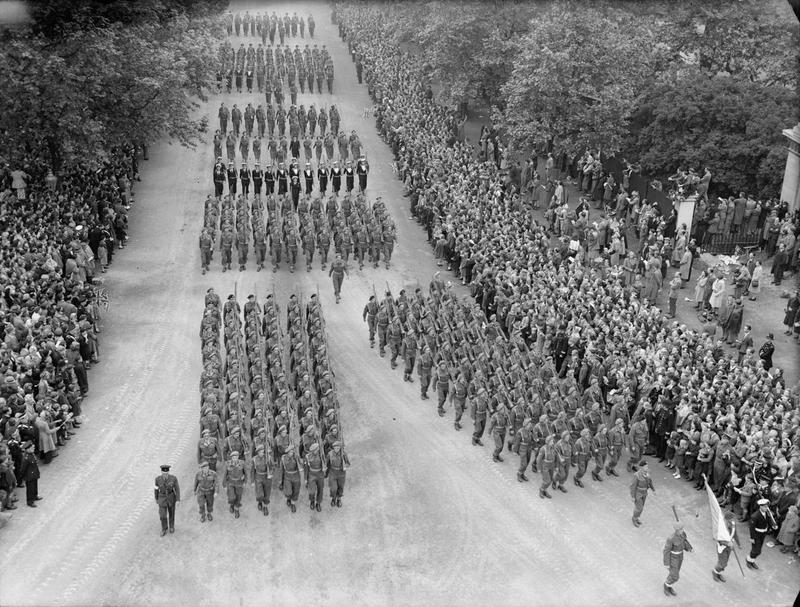 Jan Stangryciuk was the only Pole to take part in the notorious British victory parade in 1946. (illustration pic)Public domain

Although the British government initially invited the government in Poland to send a flag party to represent Poland among the allied forces in the parade, it did not specifically invite representatives of the Polish forces in exile that had fought under British High Command.

Consequently, with many including wartime Prime Minister Winston Churchill describing the decision as an affront to the Polish war effort as well as an immoral concession to communist power, last-minute invitations sent out were turned down.

Mr Stangryciuk, however, decided to attend. He told British Poles, “I was the only Pole who marched. The one and only Pole. For me it was terrible that the British were afraid of the Russians and didn't invite the Poles.

“The English are ashamed to tell the truth and admit that without the Poles they would not have been able to beat the Germans. The English had no men. The Poles were aces, they were well trained. Thanks to our help London was saved.”

A GoFundMe campaign has been set up to help Mr and Mrs Stangryciuk. 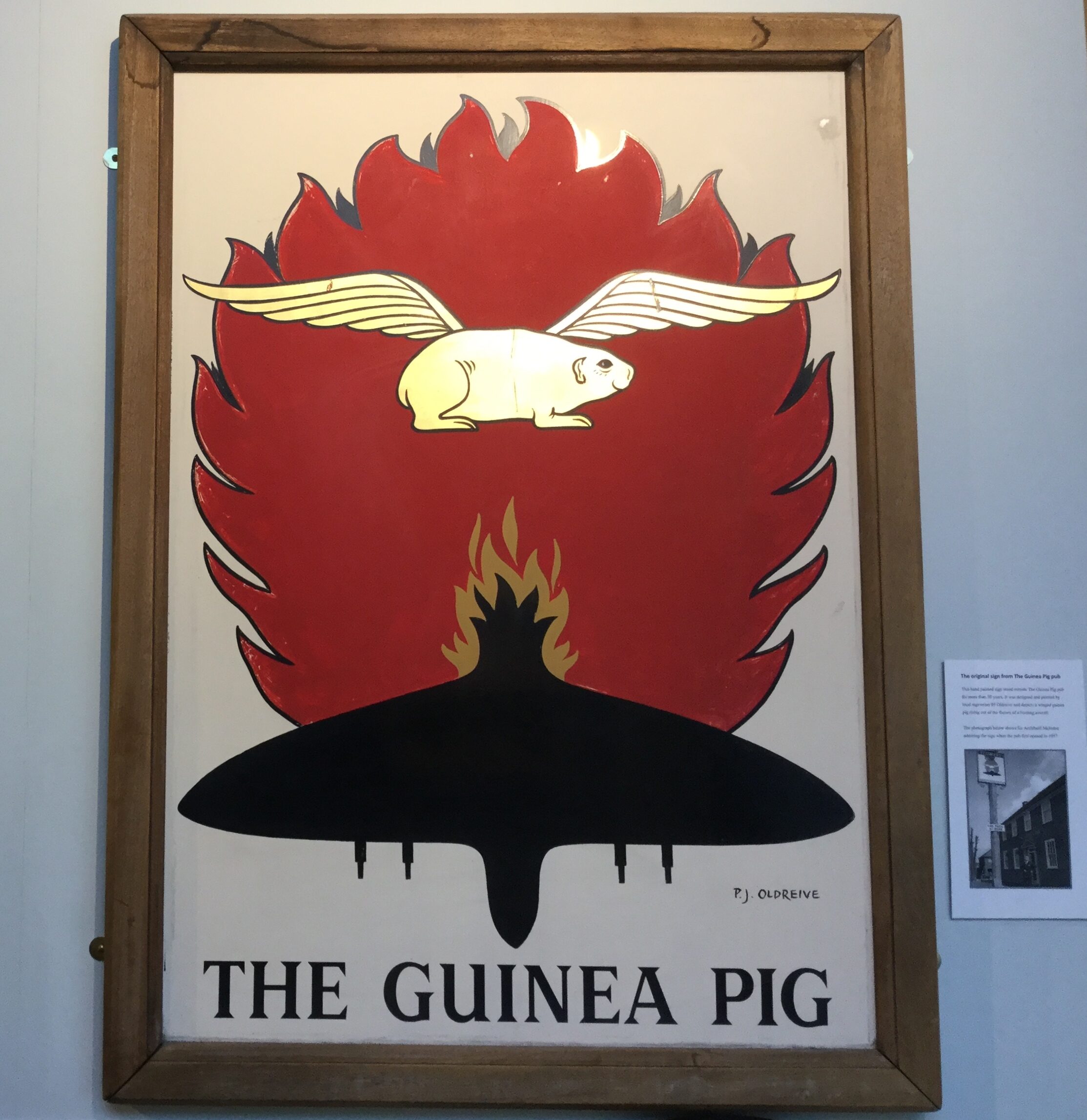 Mr Stangryciuk is a member of the highly prestigious Guinea Pig Club for airmen who suffered burns during operations.eastgrinsteadmuseum.org.uk

The funds will be spent on a new security system for the house and Mr Stangryciuk's trip to Poland.

George Byczyński, a friend of Mr Stangryciuk who set up the GoFundMe campaign, said: “We all owe a debt of gratitude to Jan and others like him who risked and gave so much during the war.

“It is enormously sad that in his 100th year he has been targeted like this. But while this ordeal has been awful, the response from the public has been tremendous.

“He and his wife had been saving up to make a visit to Poland and people from both the Polish and British communities have rallied round to hopefully make that possible. It shows that communities come together when they need to.”

The GoFundMe campaign can be visited HERE.

Poland accepts over 5.39 mln refugees since war in Ukraine started