Anyone familiar with Poland will have passed them a million times over: those antiquated stores touting personalized services such as button repair or bespoke, handmade brushes. Behind dusty, cobwebbed windows, they emanate a warm, faded charm; appearing like something from a Sherlock Holmes film, these intriguing and eccentric shops speak of bygone times.

But while we’ve all seen them, not many of us have ever entered them, and the culminative effect of this has seen many disappear.

Now, perturbed by the accelerating speed with which artisanal professions are vanishing from the post-industrial landscape of Łódź, two local women are hoping to stem the tide with the creation of a unique, alternative tourist trail aimed at celebrating such endangered trades. 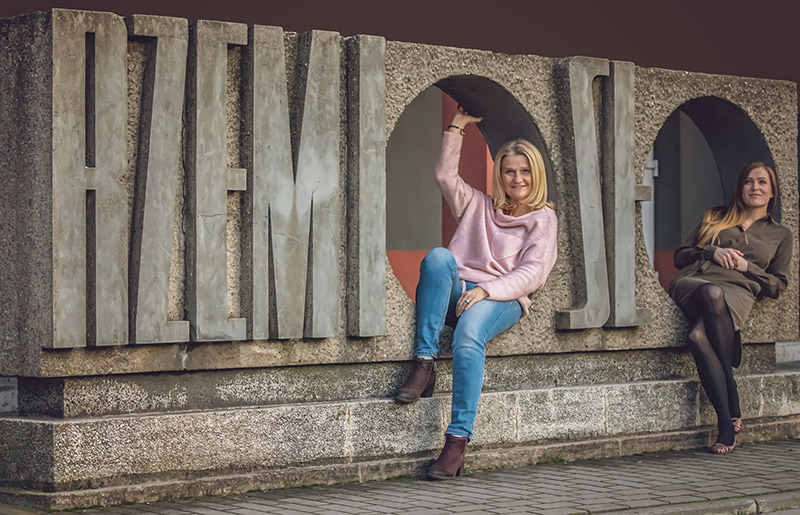 Started by Marta Mariańska and Agnieszka Bohdanowicz, their joint enterprise has resulted in the launch of an interactive online map (http://mapaginacychzawodow.pl/ ) shortlisting dozens of workplaces , and featuring 20 Polish-language video interviews, oral histories and stunning photo albums saluting the tradespeople of the nation’s third city.

“For years Agnieszka and myself have been devoted to the idea of being more environmentally conscious in the way we live,” explains Marta, “and that’s meant not just buying less but also looking to fix items rather than throwing them away whenever they started to break or wear out.”

Through this, the two found themselves enthralled by the craft services hidden around their home city. 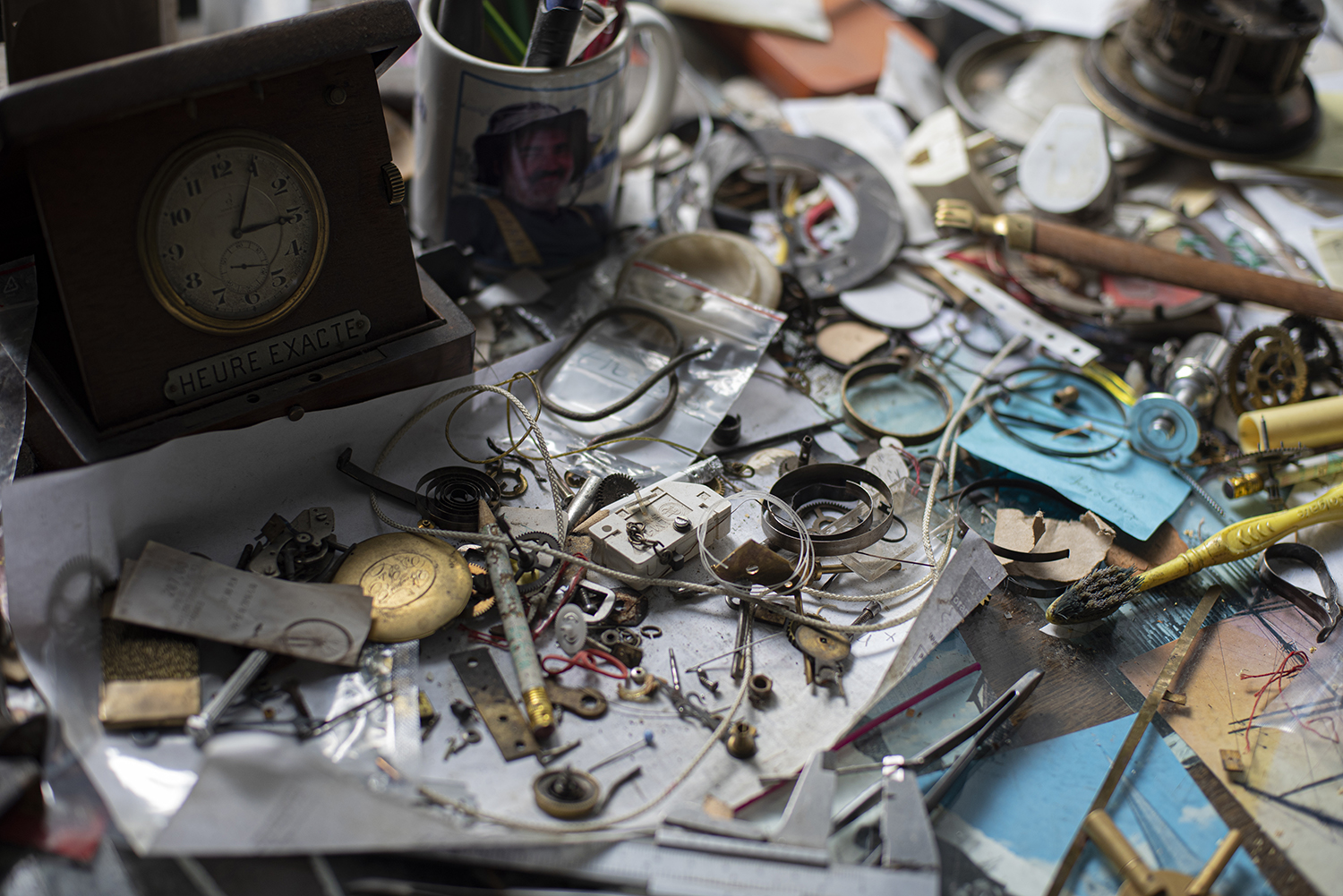 Many of the shops have the air of centuries long gone.Agnieszka Bohdanowicz / Mapa Ginących Zawodów

“Even during these times of mass consumerism,” says Marta, “you can still discover the last of these craft industries hiding on the back streets of Łódź. The people who work inside them are the ultimate professionals, people that developed their expertise and knowledge through years of experience passed down the generations – unfortunately, these workshops, which were once a staple element of the city, are now largely empty and forgotten.”

Their resulting ‘Map of Ending Professions’ seeks to redress the balance by casting a spotlight on those whose work has been pushed into the background by the relentless advance of the modern world.

“Quite often, it’s hard to find these places,” says Marta. “If you need use their services you’ll rarely find them online. You won’t find their opening hours nor any updated information, in fact, not even their address. These places are usually owned and run by elderly people who aren’t familiar with contemporary ways of marketing themselves so most of their business is via word-of-mouth.” 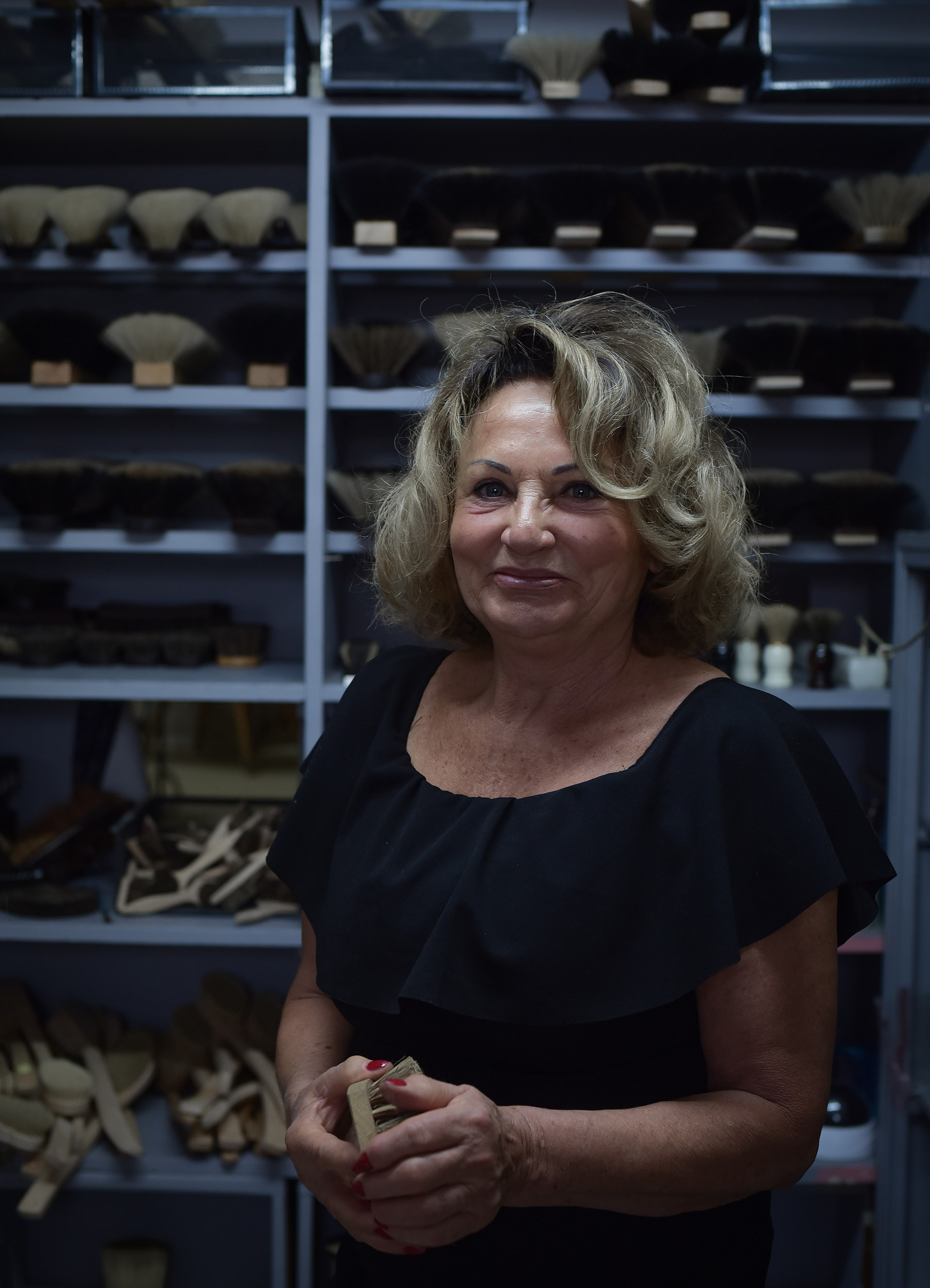 Together, Marta and Agnieszka have looked to change this by, quite literally, putting them on the map.

“We want the residents of Łódź to know about these places, whether they need to have clothes tailored or a quilt washed, we want to direct them to where they can go. Simultaneously, we want to show our appreciation for these tradespeople and archive their stories – they haven’t been documented anywhere else.”

Including a milliner, bookbinder, umbrella maker, blacksmith and, even, an expert specializing in tower clocks, the accumulated stories are rich and varied. 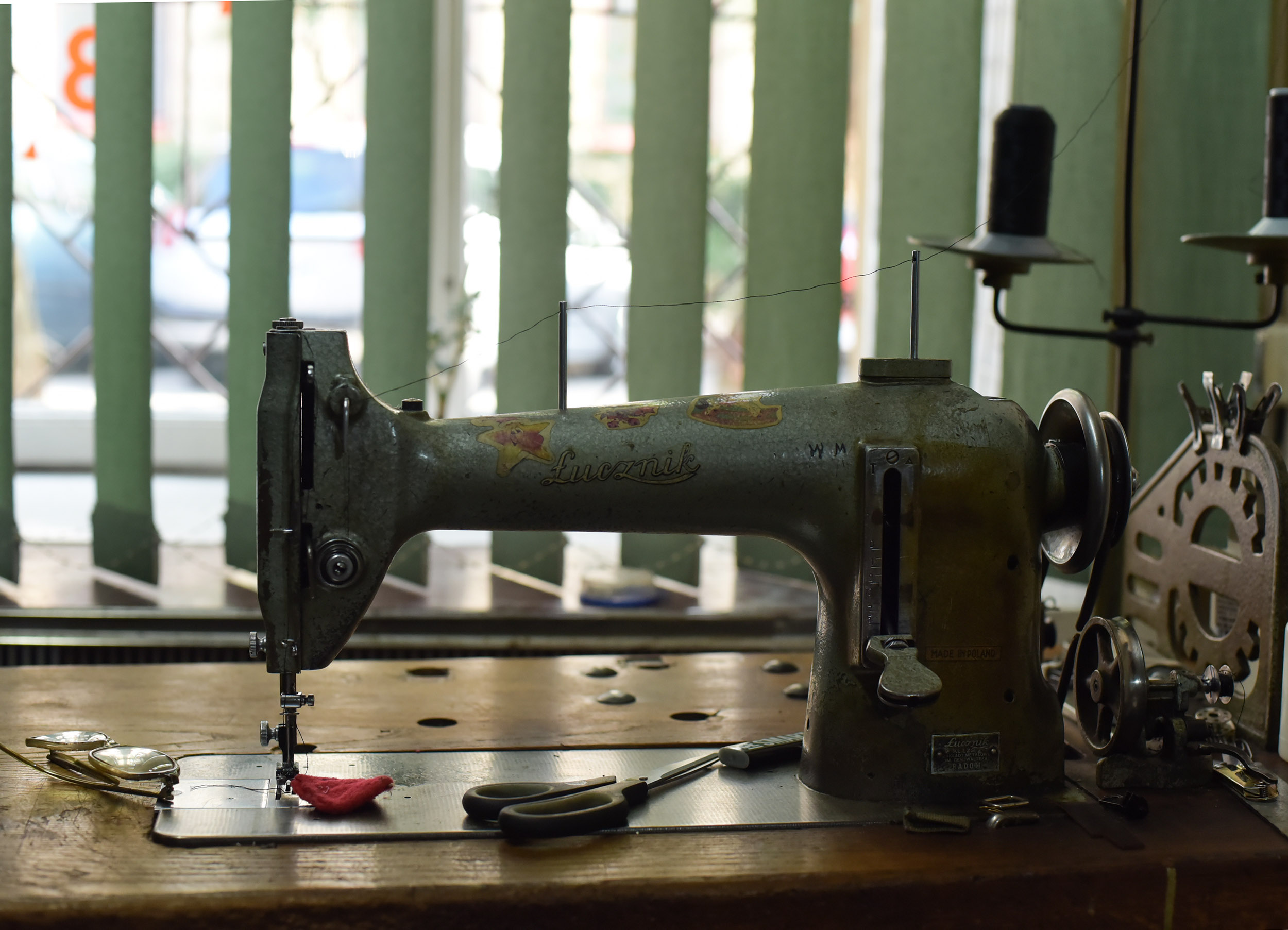 Working on a century-old sewing machine and describing herself as “a handbag doctor”, visitors to the ‘Map of Ending Professions’ find themselves listening to the recollections of Krystyna Wanda; there is Antoni, the glazier, reminiscing of the time he was hired to make a tooth out of glass; and Paweł Zaborski, an optician that recalls fixing a pair of gold eyeglasses for a gypsy king.

Gently nostalgic, these are stories that express the care and passion vested in these professions by their lifelong practitioners. Naturally, however, an underlying sense of melancholy prevails throughout.

Involved in brush-making for over 50 years, Pani Zofia Filipowicz is a case in point. Where once her business produced tens of thousands of brushes every year, today her output is limited to individual orders. 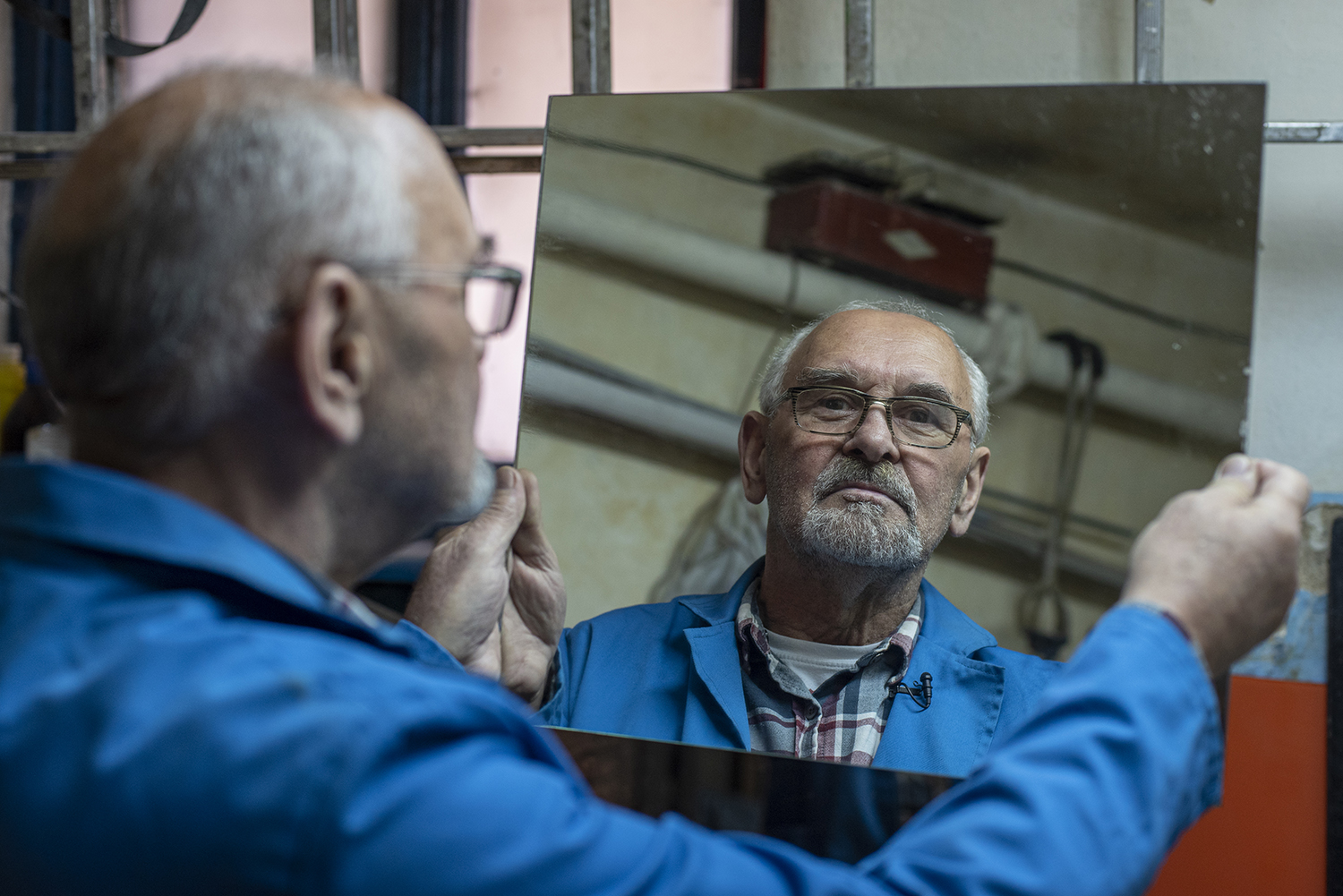 Antoni, a glazier, is one of the skilled professionals on the trail.Agnieszka Bohdanowicz / Mapa Ginących Zawodów

“People used to need brooms, but now everyone uses a vacuum cleaner,” she laments.

Despite the longevity and eco-friendly nature of her products – which include shaving brushes made from badger hair and pig bristle – she says that nowadays people shun her work for the cheaper imitations widely available elsewhere. With no successor to follow in her footsteps, when the time comes for her to retire, the business will remain in memory alone. 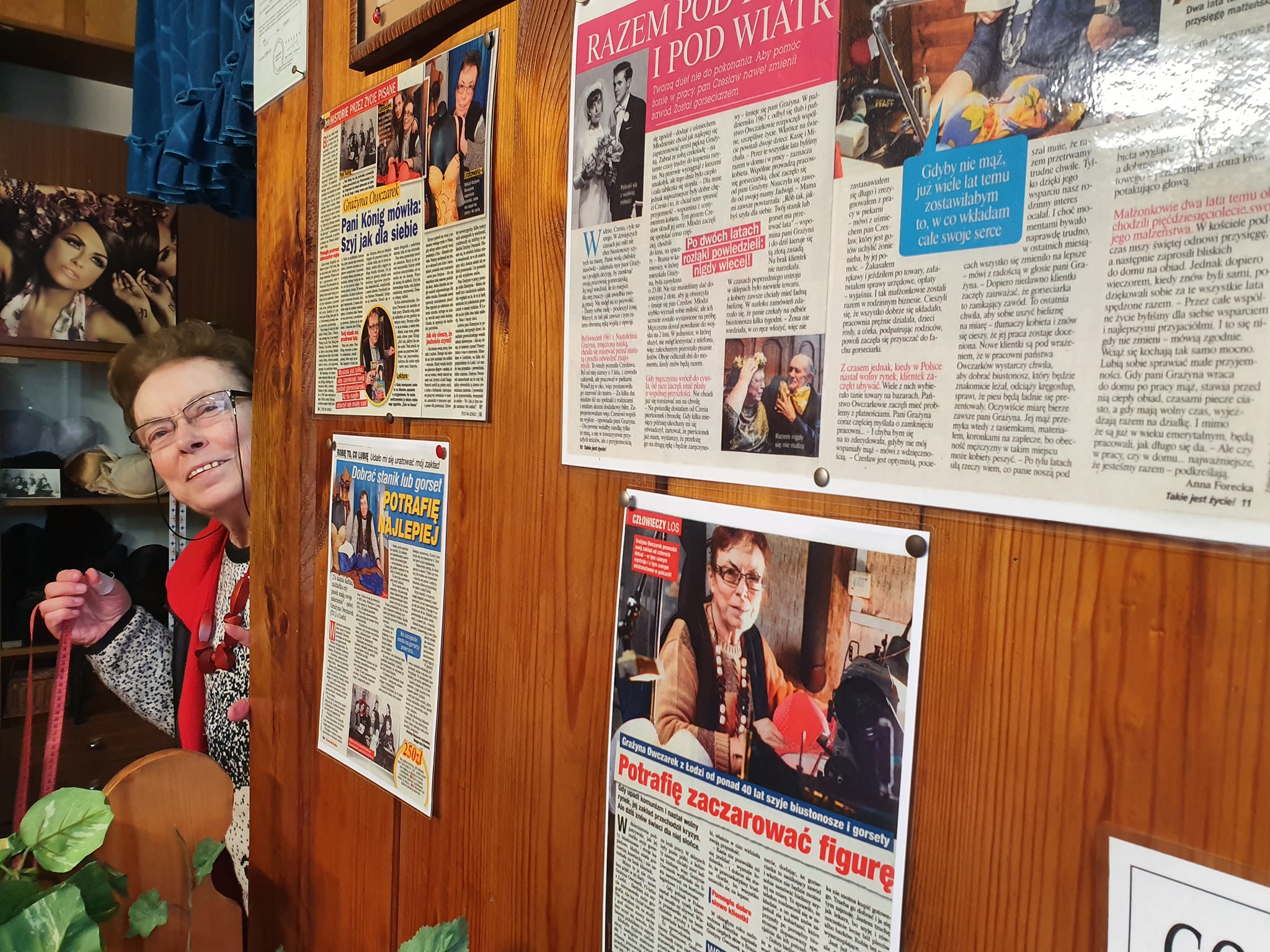 Grażyna Owczarek, who for several dozen years has been running a store specializing in corsets and bras, became something of a media star.Agnieszka Bohdanowicz / Mapa Ginących Zawodów

“These craftspeople often don’t have successors,” says Marta. “In the past they’d be passing on their knowledge, but nowadays young people don’t want to learn these traditional professions. We’re witnesses to the last of the craft masters and their number is getting fewer.”

But not all the stories are laced with such gloom. 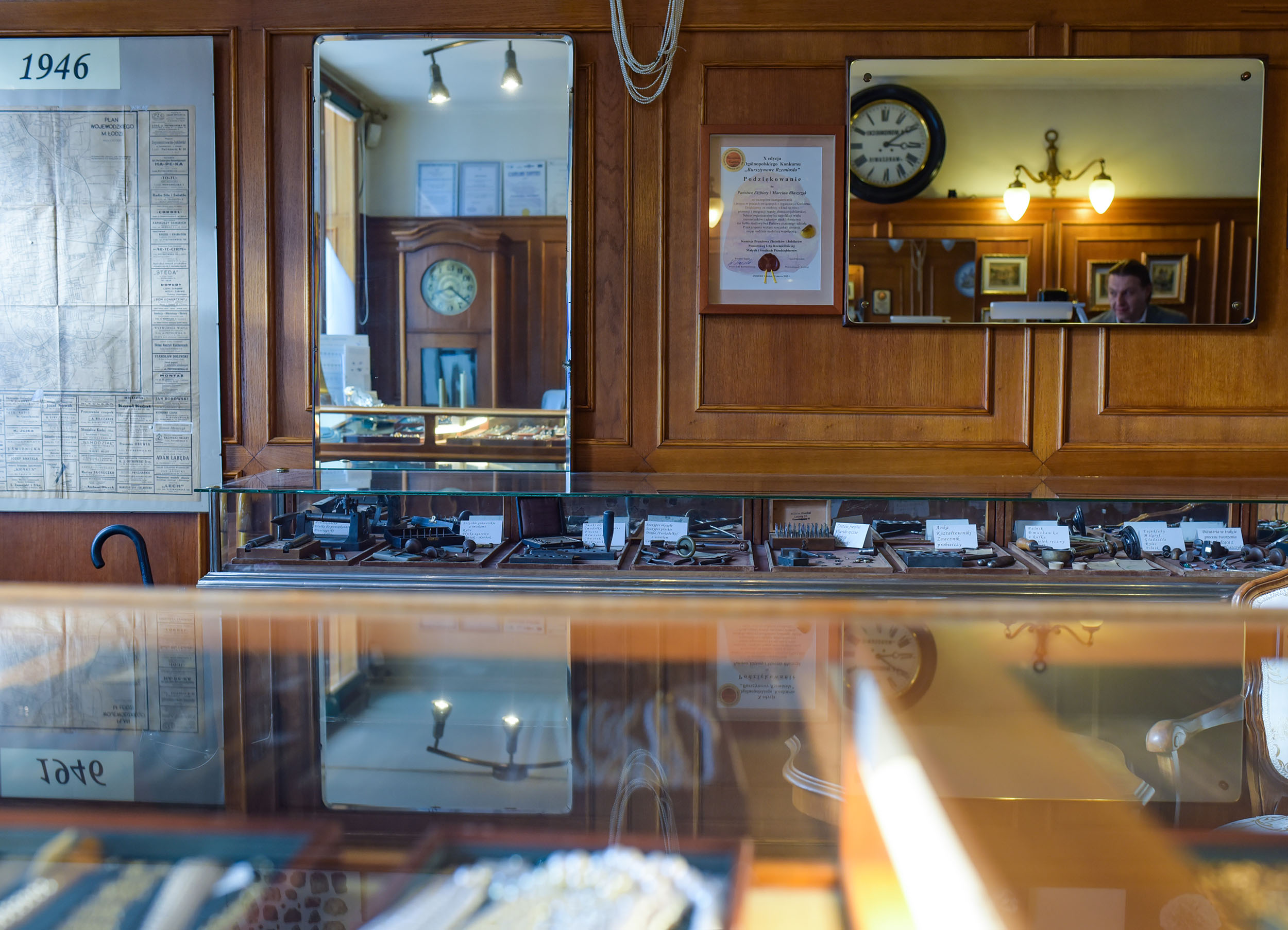 “Quite often, it’s hard to find these places,” says Marta. “If you need use their services you’ll rarely find them online.”Agnieszka Bohdanowicz / Mapa Ginących Zawodów

“There’s a really nice lady, Pani Grażyna Owczarek, who for several dozen years has been running a store specializing in corsets and bras – especially those for larger women or those with back problems.

“Due to the extended renovation of Jaracza Street where she is based, her business suffered.Agnieszka visited her once and she admitted no-one had visited her that day  and that she’d just been sat around working on crossword puzzles. Soon after we posted about her plight on Facebook and the post ended up being shared 20,000 times – including by actress Krystyna Janda. Next thing we knew, her story had been picked up by the likes Gazeta Wyborcza, Fakt, Na Temat, RMF FM and countless others.” 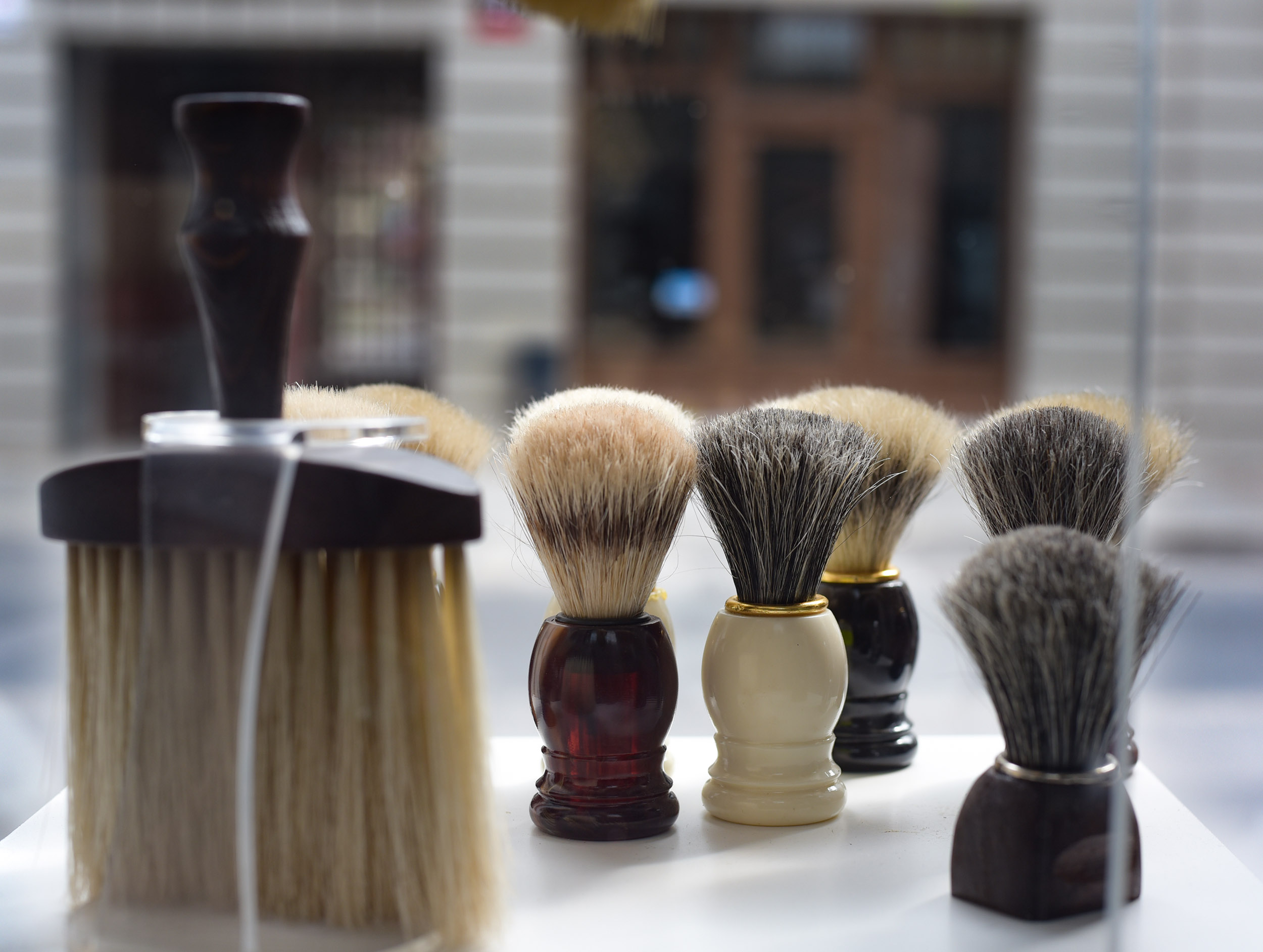 Despite the longevity and eco-friendly nature of her products – which include shaving brushes made from badger hair and pig bristle – Zofia says people shun her work.Agnieszka Bohdanowicz / Mapa Ginących Zawodów

Within days, the 70-year-old was fielding orders from across Poland and even abroad – enough to keep her busy for several months.

This unforeseen reaction has given much cause for optimism. 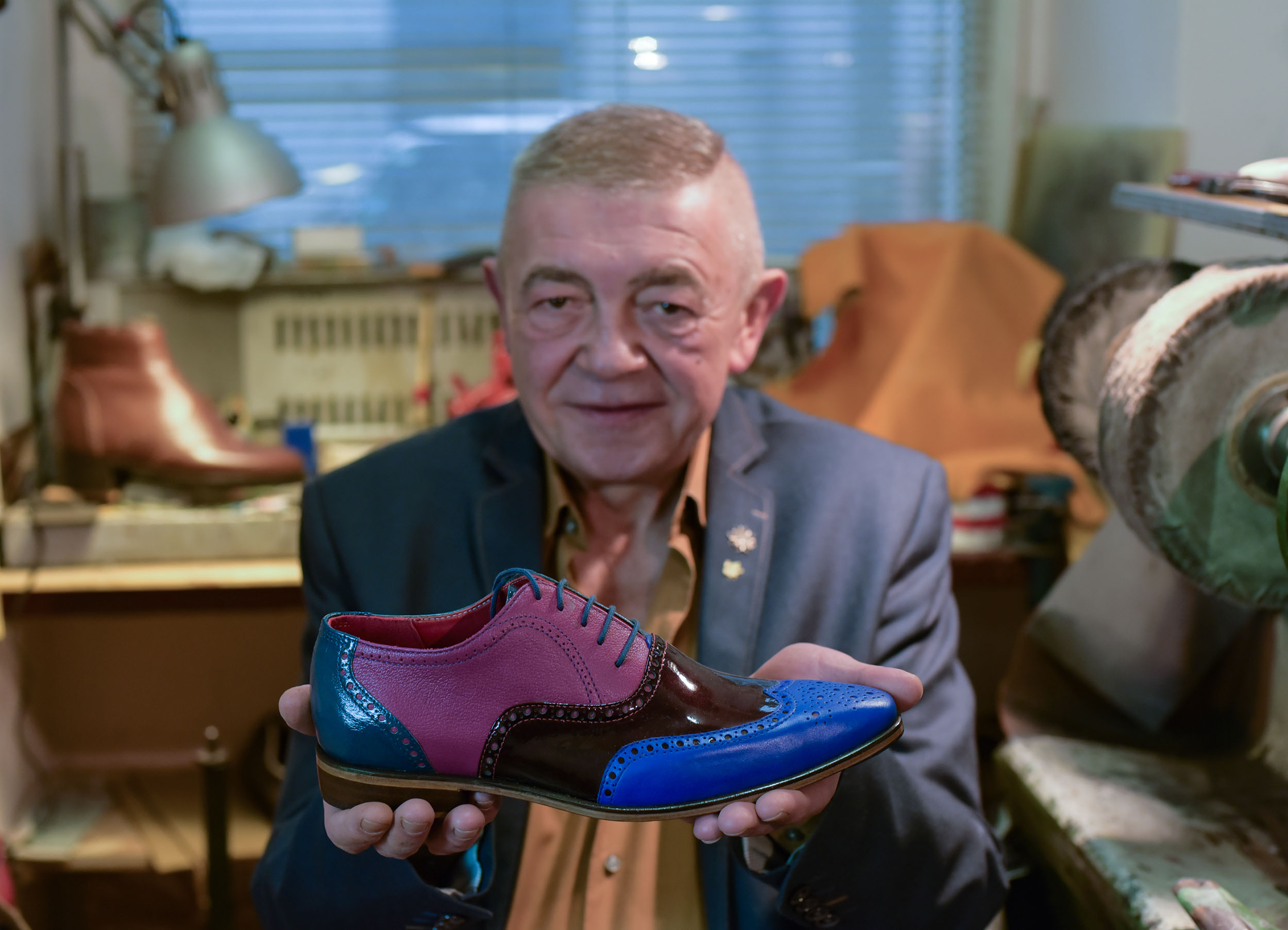 “The huge media interest this generated illustrated the great need for these craftspeople,” says Marta. “The willingness to use their services is out there and the public’s response demonstrates that their craft is genuinely appreciated.”

Funded by Łódź City Hall and the Polish History Museum, the map has proved a hit with the pair expressing a glimmer of hope for the future. 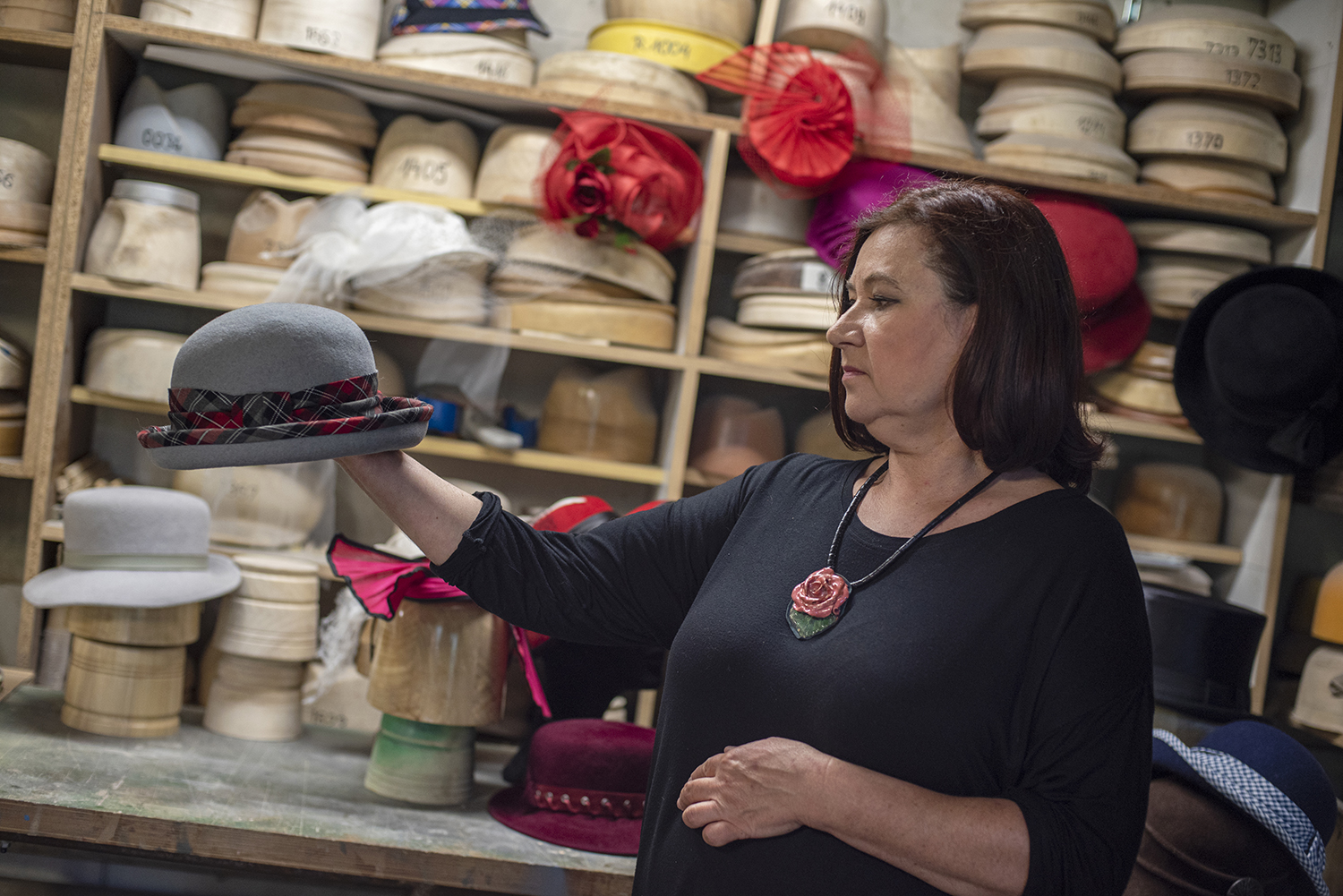 “What we soon realized,” says Marta, “was that today’s youth wasn’t familiar with the work of these craftspeople – they weren’t even aware of what they really did. Furthermore, with the culture of consumerism they were just throwing things out and replacing them with cheap goods from supermarkets – I hope that we’ve now given them an alternative.”

This they have, but it could just be the beginning. Looking to the future, Marta confesses that the ultimate ambition would be the creation of a dedicated centre set aside for such crafts. 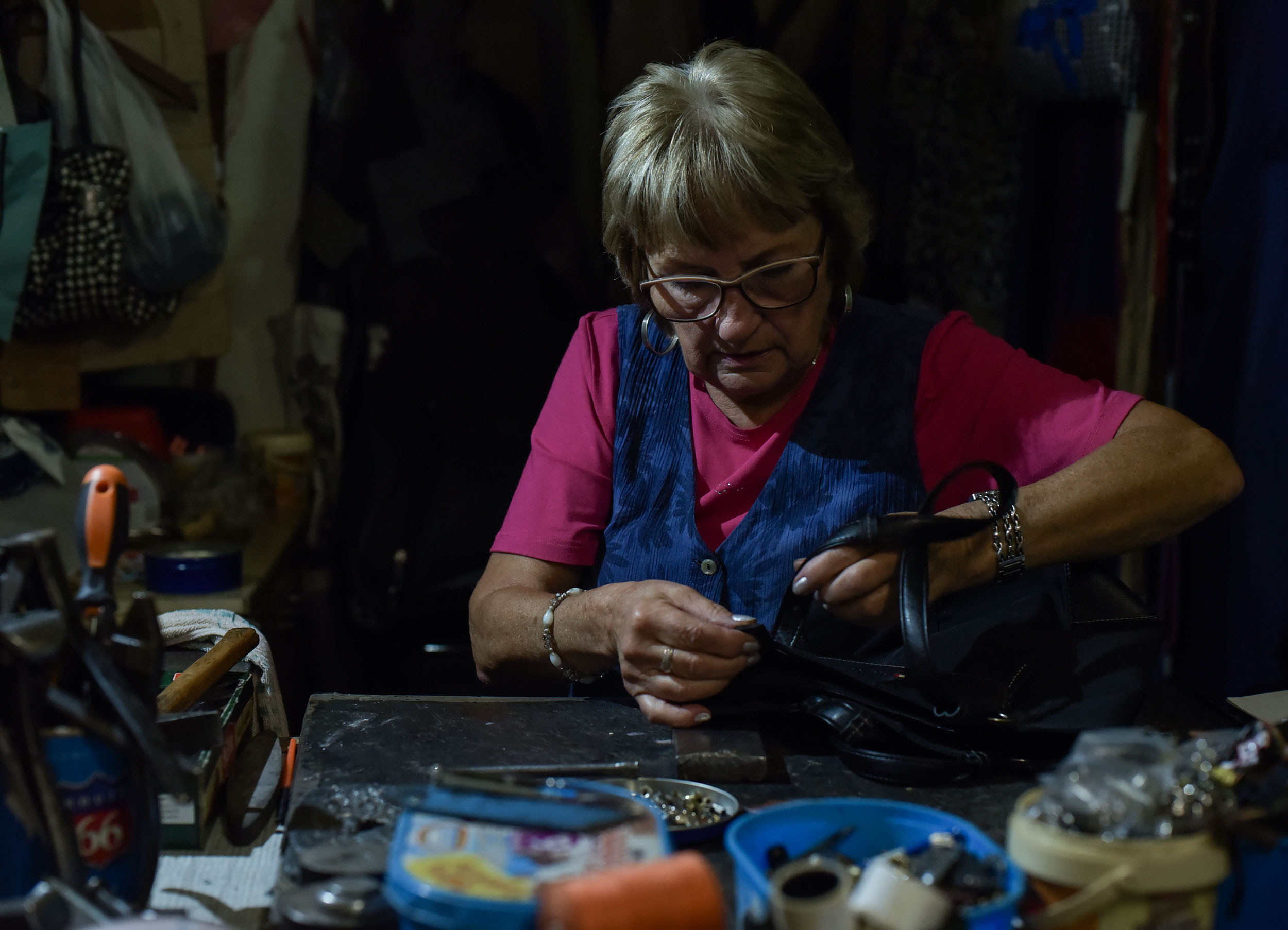 “We sincerely hope that a thirst for these crafts will be revived and that potential students will come forward,” says Marta.Agnieszka Bohdanowicz / Mapa Ginących Zawodów

“We’d love to see the creation of a craft street or something similar,” she says, “a place where these people could benefit from better working conditions and lower rents. As it is, many of them are working in decrepit spaces that are unheated or haven’t been renovated for years.

“We sincerely hope that a thirst for these crafts will be revived and that potential students will come forward. It would be great to know that such knowledge and traditions won’t perish forever, after all, they’re part of our cultural heritage.”

One in four Poles have experienced mobbing