A video of a lost bear cub rolling down the snowy slopes of the Tatra Mountains looking for its mum has gone viral after being posted on YouTube.

Local man Piotr Łaś from Zakopane had been out hiking on one of the mountain trails in the Tatra National Park when he spotted the small bear rolling down the snow-covered slope.

The 20-second-long clip filmed around 200 metres beyond the Czarny Staw Gąsienicowy (Black Pond) near the border with Slovakia, shows a small dark creature sliding through the snow emitting loud cries. 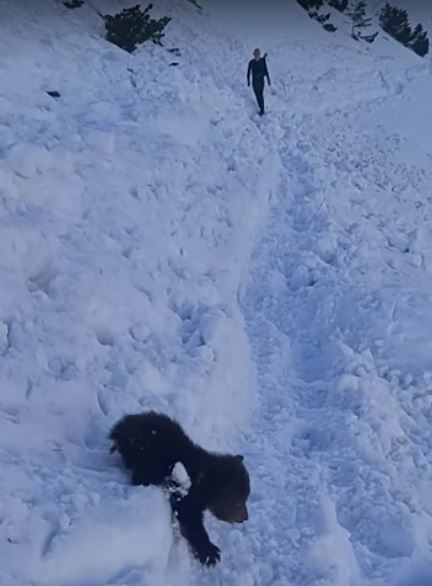 The distressed bear cub is seen floundering in the deep snow as it tries to find its mother.Tatromaniak/Piotr Łaś/YouTube

It then shows the distressed bear floundering in the deep snow as it tries to find its mother.

Łaś told the Zakopane-based weekly newspaper Tygodnik Podhalański: “It rolled down the slope and I immediately ran over to see if it was ok.

“There were two other people there and I told them that I would try to contact the park ranger and that they should move away from the bear cub as its mother would most likely come for him. 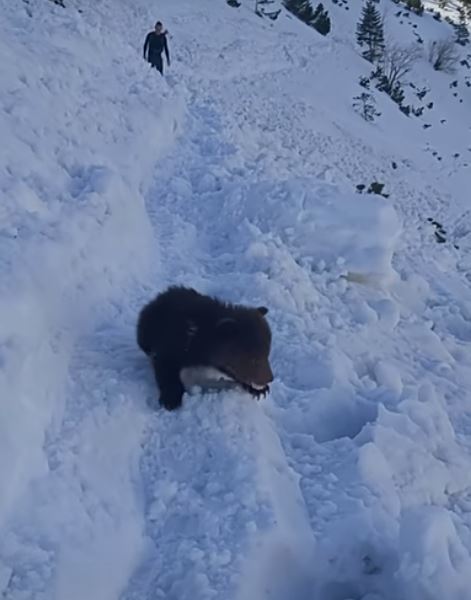 The hikers were in grave danger as the cub’s mother could have appeared at any time.Tatromaniak/Piotr Łaś/YouTube

“The cub was distressed, he was screeching terribly.”

The video, which since being posted on 2 April has been watched over 200,000 times, has now been flooded with comments.

One viewer posted: “I wonder if the person who recorded it was aware of the danger they were in.”

Another said: “In this snow no chance to escape the mother you are very lucky.”

While yet another commented: “Ooooh poor little cute scared bear cub. Me: "RUN, EVERYBODY RUN FOR YOUR LIFE !!!!"

Following the sighting of the bear cub, several sections of trails in the area were closed until further notice. 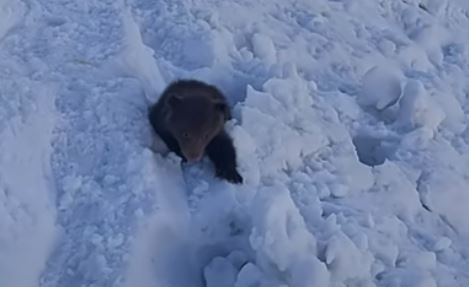 The video, which was posted on 2 April has been watched over 200,000 times.Tatromaniak/Piotr Łaś/YouTube

Filip Zięba, the Tatra National Park’s deputy director, explained: “We made the decision to close off this area to ensure peace for the bear mother and her little ones, so that she can feed them, so that they can stronger and survive the next difficult weeks, until they get bigger and move to another place.

He added: “Spring is a critical time in nature, we emphasize it every year.

“The animals wake up after winter, search for food, gather strength, reproduce, some give birth to young. Usually spring greets them with difficult winter conditions, in the mountains in March and April there is still a lot of snow.

“We made this decision to exclude this area to ensure peace for the mother bear and her little ones, so that she could feed them, get stronger and survive the next difficult weeks.”