The remains of over a dozen headless falcons have been found in an ancient Egyptian shrine.

Discovered by Polish archaeologists in the Port of Berenike on the Red Sea, the remains were found alongside eggshells next to a ‘stylised sculpture’.

Dr. Marta Osypińska from the Institute of Archaeology at the University of Wrocław who analysed the remains said: “The discovery of the ‘falcon shrine’ was a pure accident.

“Just before the start of the research, no one knew the function of the building. It was believed to have had an administrative role.

“It turned out that there were bones underneath. They were carefully arranged, and there was the complete skeleton of an adult falcon. 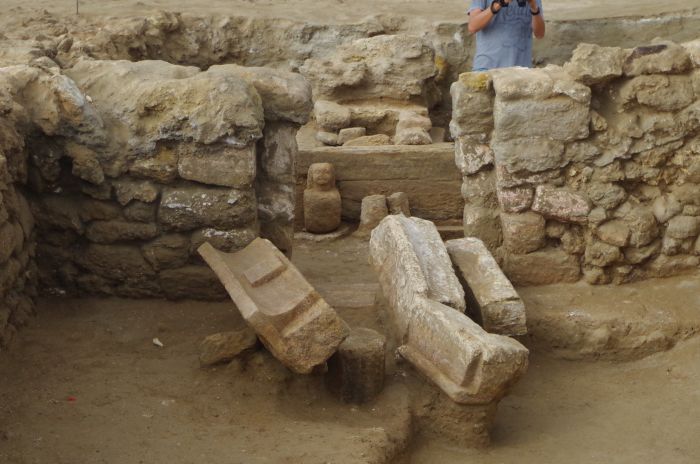 At the entrance to the shrine, the archaeologists also discovered a Greek inscription saying: “It is improper to boil a head in here.”Marta Osypińska

“It had a skull and a large beak.”

At the entrance to the 1,500-year-old shrine, archaeologists also discovered a stone slab ornamented with depictions of Egyptian gods, including Horus the falcon god, and a mysterious Greek inscription saying: “It is improper to boil a head in here.”

Dr. Osypińska said that although it is unclear why the falcons’ heads were missing and why the only complete skeleton was covered with a vessel, the form of burial could suggest that the bodies of birds had been cooked.

She continued: “We can imagine that the interior was illuminated by olive lamps and incense was burned. 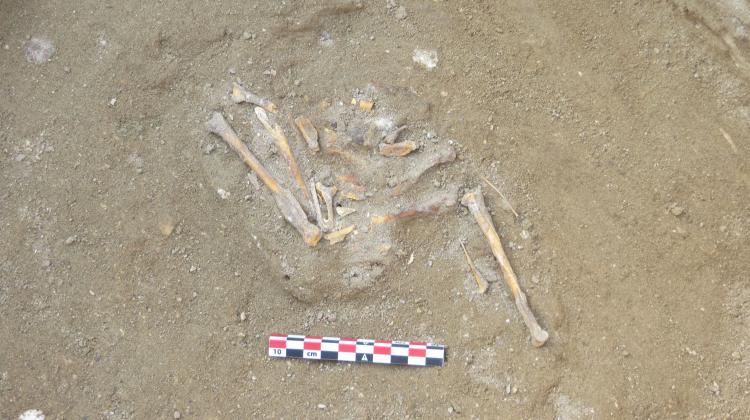 Dr. Marta Osypińska from the Institute of Archaeology at the University of Wrocław who analysed the remains said: “The discovery of the ‘falcon shrine’ was a pure accident.Marta Osypińska

“The faithful brought falcons to win favour of Horus.

“They could catch the birds or steal them from nests in the nearby mountains.

“It is also possible that falcons were bred in Berenike for ritual purposes.”

Founded in the 3rd century BCE by Ptolemy II. Berenike initially served as a hub to transport African elephants.

Horus was one of the most significant ancient Egyptian deities and was most notably a god of kingship and the sky.CC BY-SA 4.0

In the first century CE, the Romans made the city an important hub for trans-oceanic trade connecting Black Africa, the Middle East and India.

During the 4th to 6th century CE, Berenike was inhabited by Blemmyes who became independent of the authorities of other Mediterranean empires.

A little-known, nomadic Nubian tribe, the rulers became rich by participating in trade between Byzantium and communities living in the Indian Ocean area.

Becoming a ‘cultural melting pot, Blemmyes adopted the Egyptian religion in a specific form, with clear Greek and Roman influences.