Having a field day: farmer vies for international prize with stunning ‘field painting’

Images etched into fields usually conjure up the thought of crop circles, but one impressive ‘field painting’ in the south-west of Poland hasn’t led internet users to ponder the existence of aliens, but the ingenuity and skills of the farmer that created it.

Bidding to be named Europe’s most creative farmer, Grzegorz Bardowski from Uniejowice created the grand image of a workwear outfit in his barley field as his final entry for the Strauss Farmers Cup. 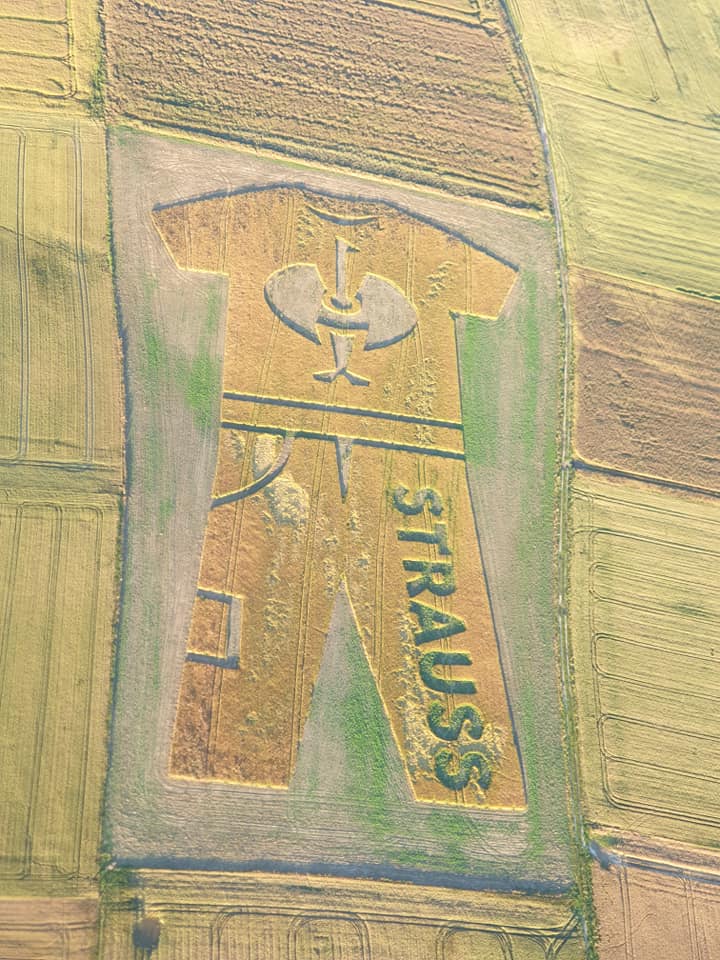 Decided by an online poll, the results of which will be known tomorrow, victory will go to the farmer who can create the most impressive large-scale impression of the new Strauss logo in their fields using the latest farming technology. 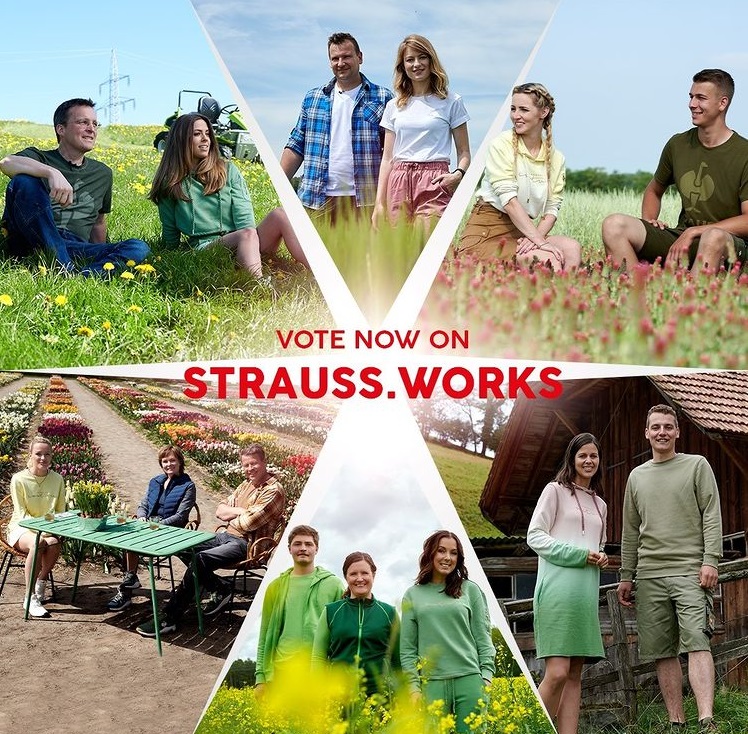 Bardowski’s imposing image, cut into his crop field, depicts an enormous work outfit comprised of a t-shirt complete with the Strauss logo splashed in the middle, trousers with a pocket, belt, zipper and the word Strauss running down one of the trouser legs.

The unique farmers challenge, documented by Strauss on both their webpage and social media, also features behind the scenes presenter-led interviews with each farmer. 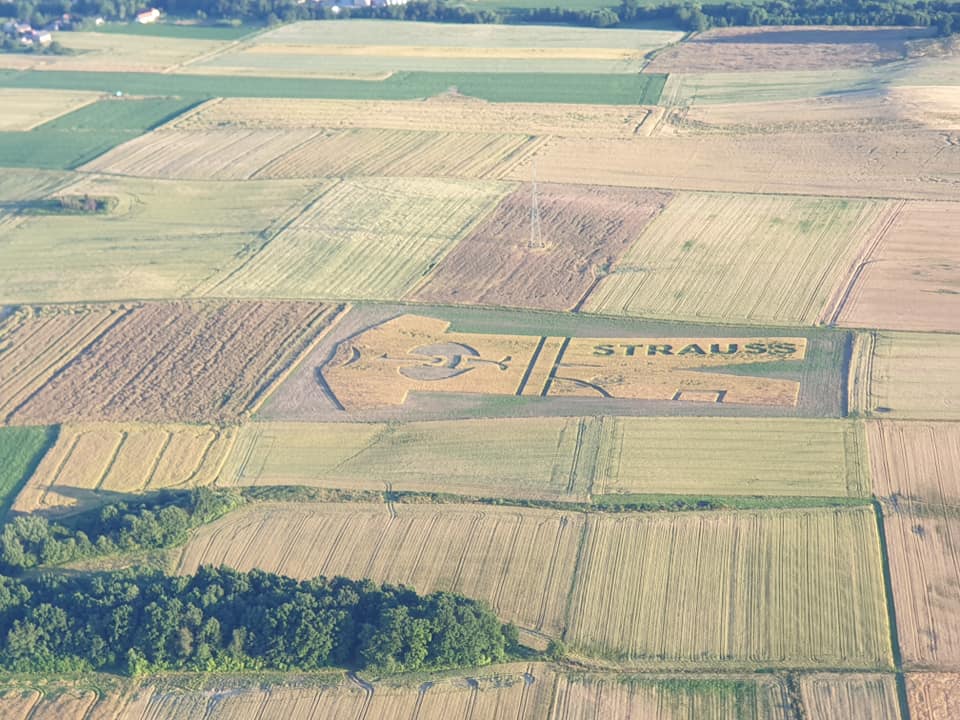 Going behind the scenes to reveal the story behind the grand designs, the Polish segment is presented by Iwona Blecharczyk, a popular youtuber and trucker known online as TruckingGirl.

Explaining his design Bardowski said: “At the beginning, I wanted the logo to shimmer with different colours and was looking for plants that would give this effect, but unfortunately there was no guarantee that the plants would bloom in time for the end of May, when the painting needed to be ready. 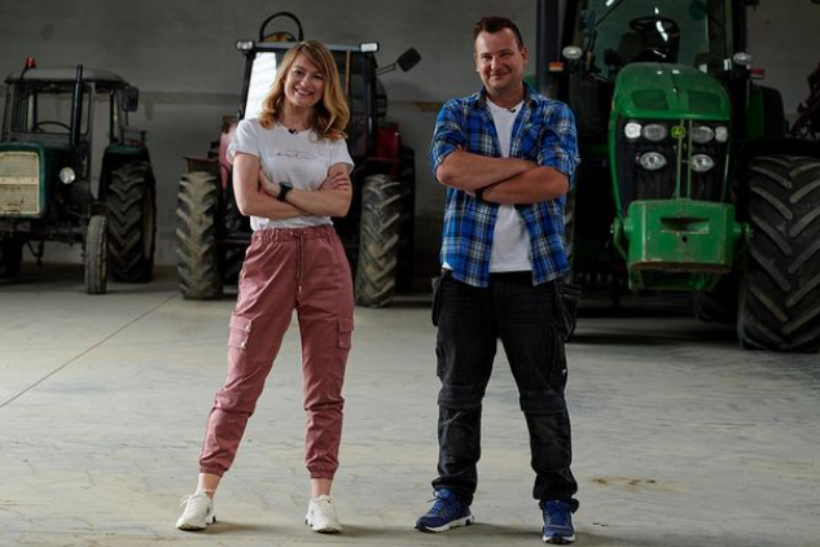 Featuring videos dedicated to each competing farmer, the Polish segment was presented by Iwona Blecharczyk, a popular youtuber and trucker.iwonablecharczyk_official/Instagram

“I had to look for another idea. I was thinking about what I could do to stand out. It came to my mind that the others would probably focus their designs only on the logo, so why not do something more. For example a whole outfit.”

The magnificent work, crafted into 4.7 hectares of land, was created using the latest farm tech including a GPS-steered seeder machine with the capability to switch on and off to plant seeds in the exact positions suggested by the GPS navigation system based on the position of the tractor in the field at any given moment. 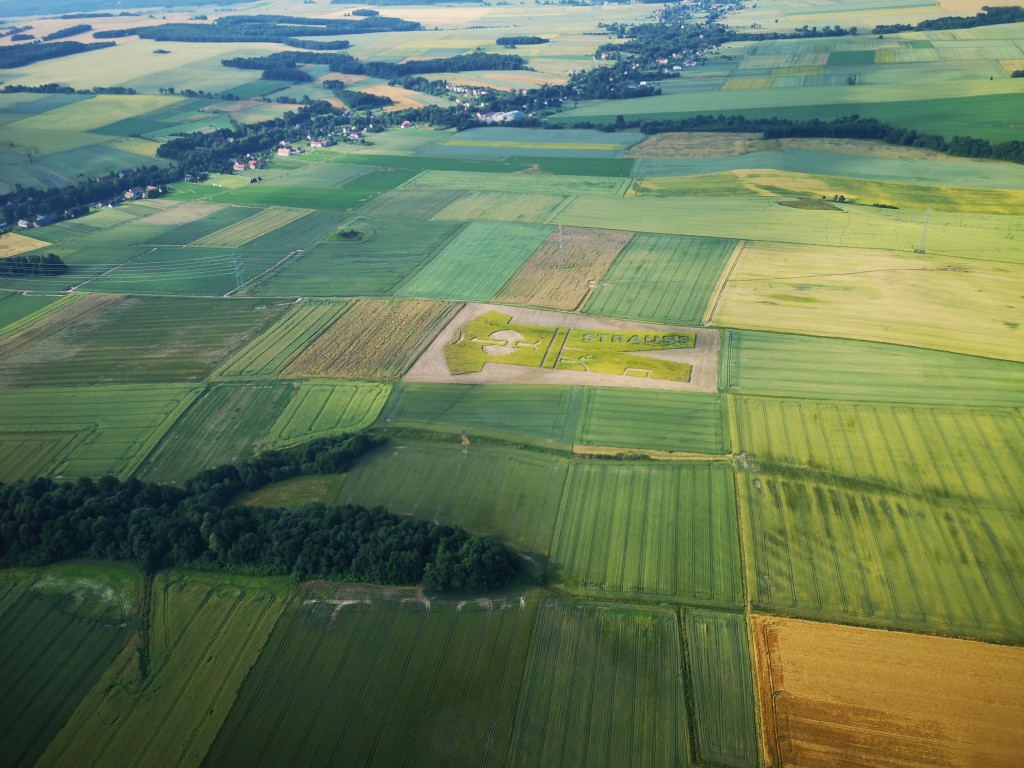 Later, all Bardowski needed to do was to mow a little, remove the imperfections and refine the details of the design.

Possible to miss from ground level, the design’s spectacular scale can only be fully appreciated from the air as it was by two stunned paragliders Adrian Fitzner and AnToni Poliwka who took photos when they spotted it while on a paragliding trip. 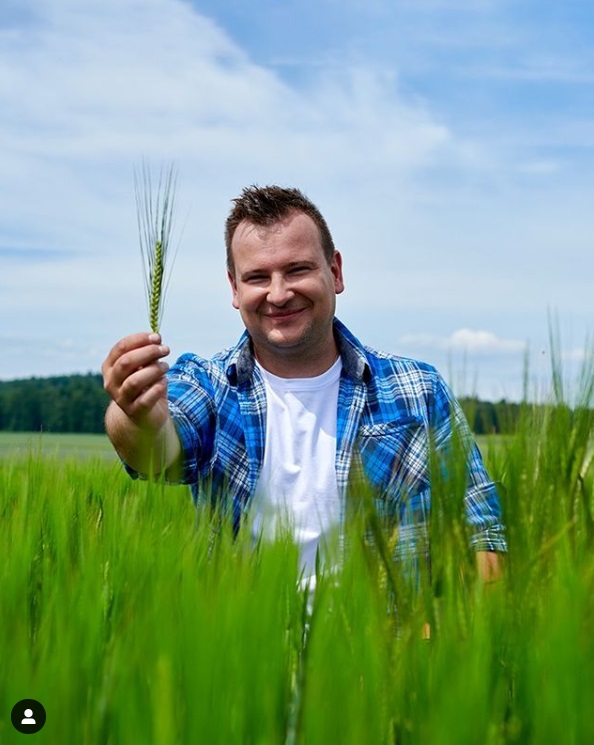 Poliwka said: “I’ve been flying a long time, but never in my life have I seen something as extraordinary as this.”

Perhaps already a familiar face to some, Bardowski and his wife run a popular YouTube channel about farm life and also participated in Poland’s version of the reality TV series Farmer Wants a Wife.