The astonishing story of how a group of Polish women set up the only fully-fledged scout troop under the noses of the Germans in a concentration camp during World War Two has been told in a new book.

Harcerki z Ravensbrück (The Girl Scouts from Ravensbrück) by author and former girl scout Anna Kwiatkowska-Bieda describes how, despite so many adversities, the threat of extermination and undergoing appalling experiments, a group of Polish female political prisoners formed the clandestine ‘Mury’ Scout Troop.

It was made up of a total of 102 women divided into seven packs. The troop operated in secret until the camp was liberated. 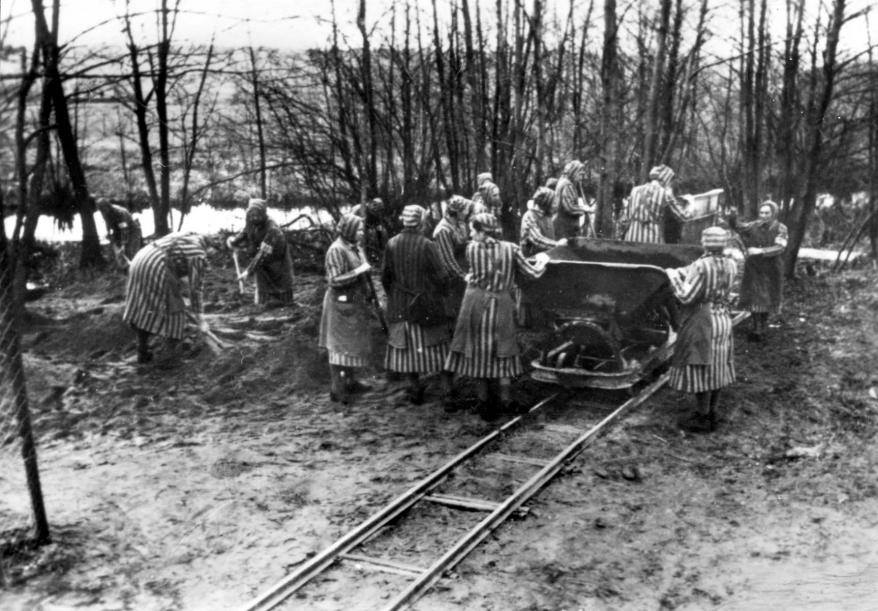 The group was made up of a total of 102 women divided into seven packs which operated in secret until the camp was liberated.Scouting Museum in Warsaw

As well as raising their own spirits, the women worked tirelessly to help those around them who were in need. They helped and rescued many women who were the victims of medical experiments from certain execution by the Germans who wanted to cover up their crimes.

Kwiatkowska-Bieda told TFN: “The scout troop is an absolute phenomenon because although some scouts organised themselves in other concentration camps they didn’t operate as classic scouting troops with meetings, making oaths and doing tests.”

In November 1941, in Block XV, pre-war junior scoutmaster Józefa Kantor, a teacher from Szopienice, met with other scout leaders Zofia Janczy and Maria Rydarowska to create the scout troop to oppose all the evil in the camp and protecting them from the loss of their humanity. 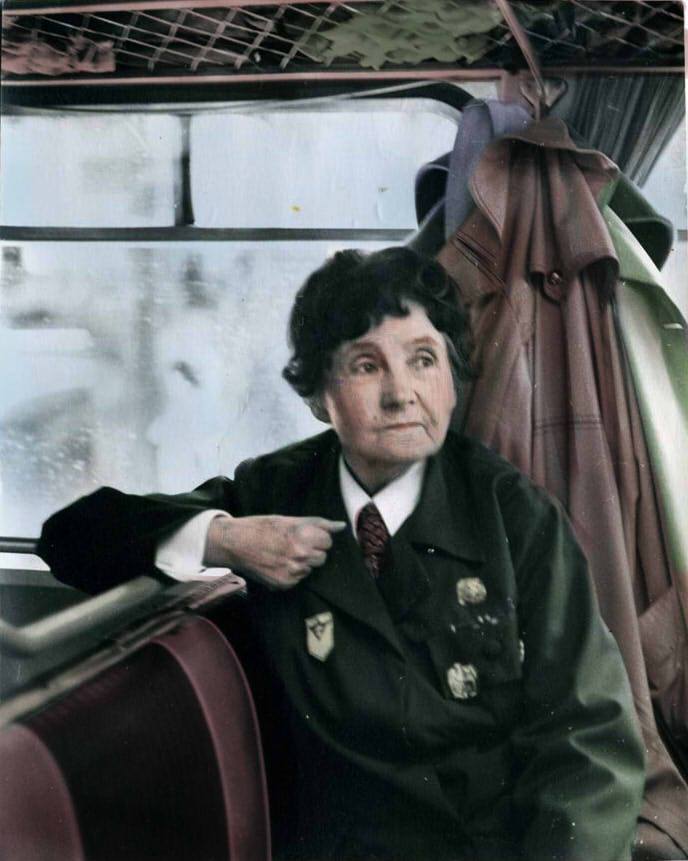 In November 1941, in Block XV, pre-war junior scoutmaster Józefa Kantor (pictured), a teacher from Szopienice, met with other scout leaders Zofia Janczy and Maria Rydarowska to create the scout troop to oppose all the evil in the camp and protecting them from the loss of their humanity.Bohaterki z Ravensbrück/Facebook

They contacted other girl scouts in the camp. Some they reached by chance. They often recognized them by their behaviour, attitude, cheerfulness and courage.

Since the name of the troop was ‘Walls’, the packs were given the names Bricks, Cement, Foundations, Stones, Trowels, Water and Gravel.

The setting for this incredible act of resistance was Ravensbrück, the largest concentration camp exclusively for women in the German Reich. 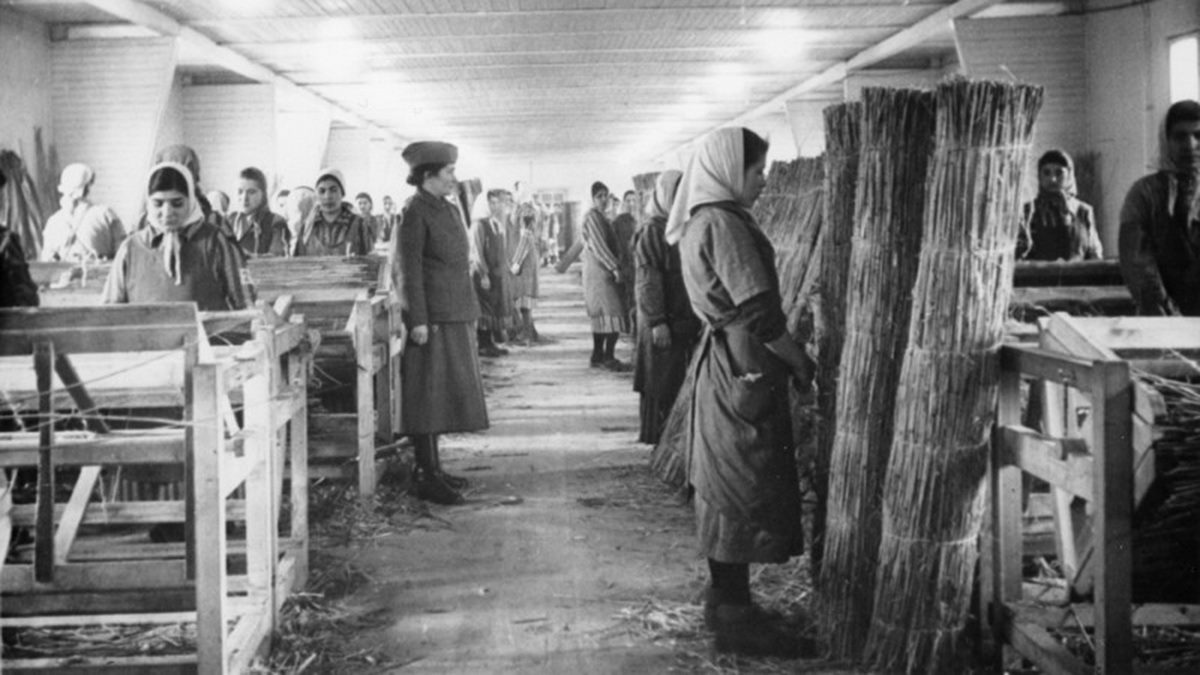 Ravensbrück was the largest concentration camp exclusively for women in the German Reich.Scouting Museum in Warsaw

Roll-calls took hours, regardless of the weather and temperature. The lack of food ravaged the already emaciated prisoners. If there was any bread left, the Germans threw it to feed the pigs.

Appalling medical experiments were carried out on prisoners. Children born in the camp were murdered. Regular selections sent weaker women to the gas chamber.

As its motto the troop adopted the phrase: “Persevere and help others to survive”. 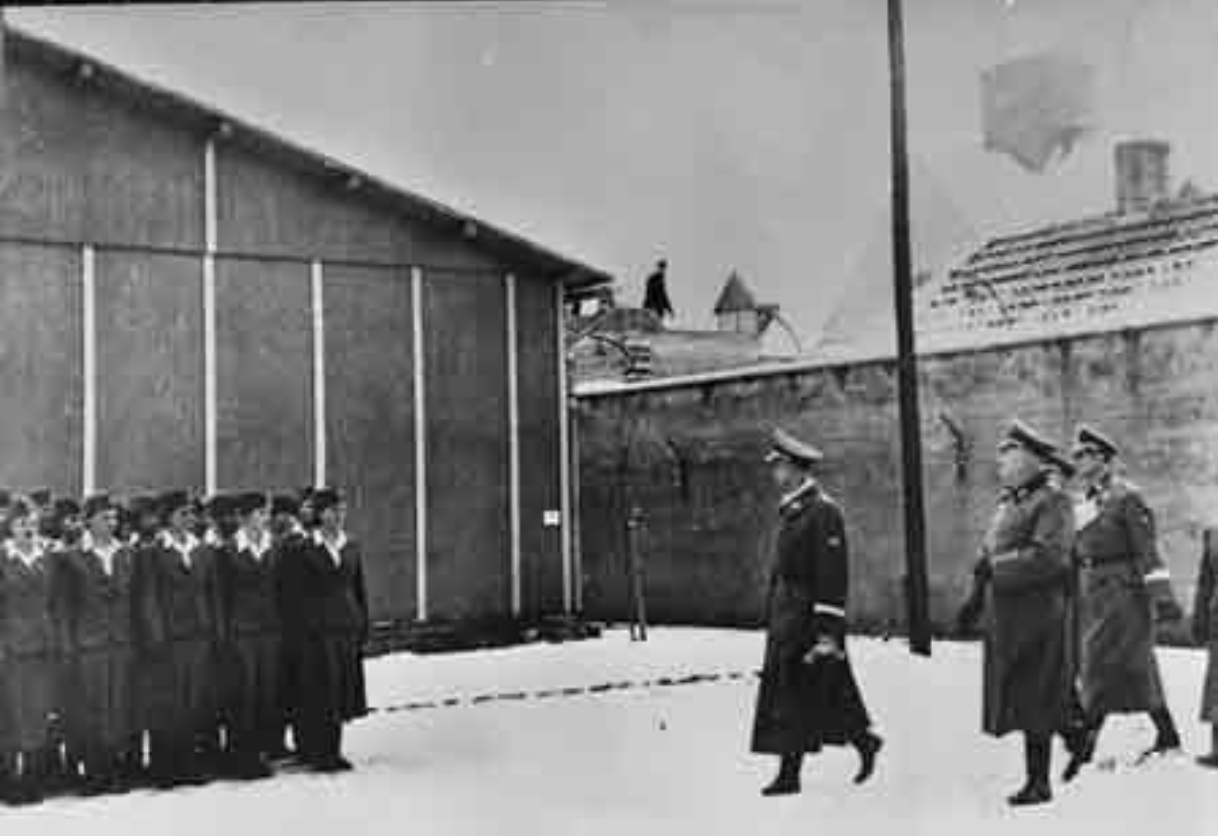 Roll-calls took hours, regardless of the weather and temperature. The lack of food ravaged the already emaciated prisoners. If there was any bread left, the Germans threw it to feed the pigs.U.S. Holocaust Memorial Museum

Pack meetings were held in the kitchen, in barracks, behind barracks, on bunks, in cellars, in washrooms, and on the less frequented camp streets. Sometimes the whole troop met together.

During such meetings, new members were inducted, skills were tested and attainment badges awarded. Sometimes everything was interrupted by the scream of a capo. The meetings would continue a few hours or even days later.

The scouts knew that Poland would need educated people after the war. Therefore, they organised talks and lectures. Four high school classes were organised in secret. 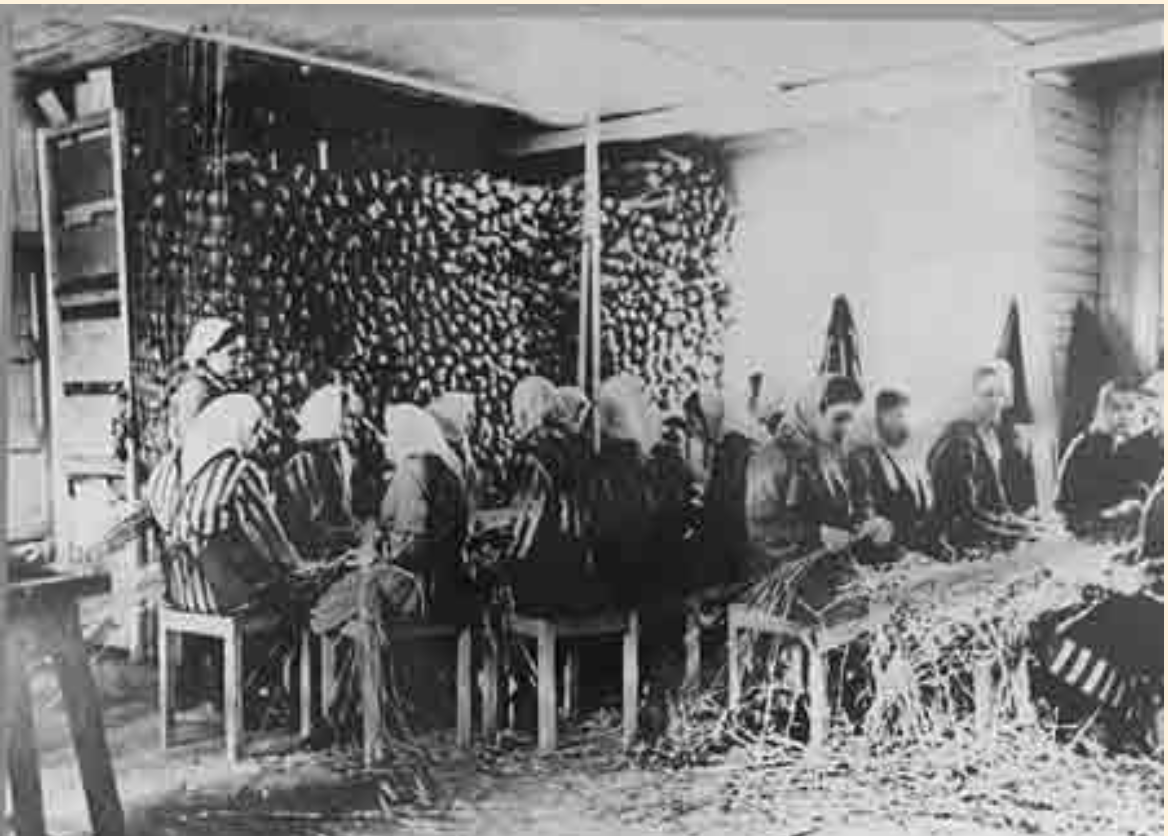 Women at the camp were made to work in brutal conditions.U.S. Holocaust Memorial Museum

An English textbook was written on 80 sheets of toilet paper. A ‘Short Outline of Polish History’ was made from 12 notebooks. There were teaching materials and lesson outlines for future teachers. Astronomy classes were held at night. Mathematical equations were drawn on the ground.

One of the greatest humiliations of Ravensbrück was dehumanisation. When women crossed the gate of a concentration camp, all their personal belongings were taken and instead of a name, they were given a number. A person ceased to be a human being.

“The mutual support that the girl scouts gave each other and others was invaluable here,” Kwiatkowska-Bieda said.

“When they walked along the camp streets and saw a broken-down woman, they tried to help her. They always tried to talk, to comfort her. In the camp, a good word, a tender gesture, a touch was worth its weight in gold. Often such small nuances saved others' lives,” she added. 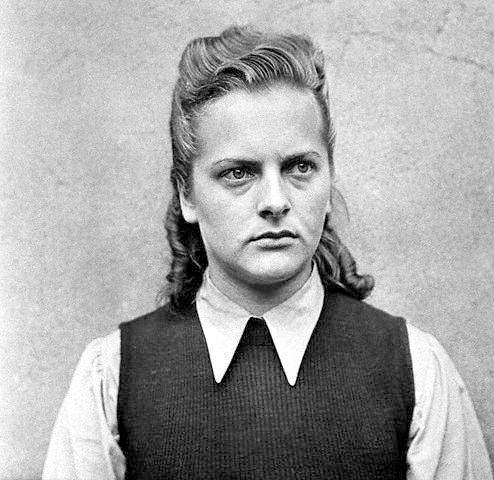 The camp had over 150 female SS guards including the notorious Irma Grese dubbed the Beautiful Beast who after the war was sentenced to death for war crimes.Public domain

Ravensbrück was the camp where perhaps the Germans conducted their most cruel and bestial medical experiments.

The camp was close to the hospital complex of Dr. Karl Gebhardt, who was involved in research on sulphonamides. These were drugs designed to inhibit infections from anaerobic and purulent bacteria, which were typical in battlefield wounds.

To assist this work, prisoners from Ravensbruck were used as experimental ‘rabbits’. 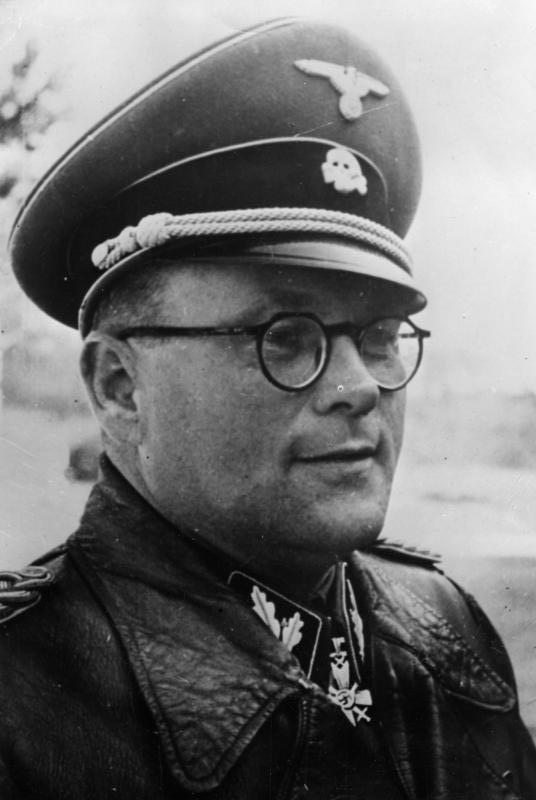 In Ravensbrück the Germans conducted some of their most bestial medical experiments under the direction of Dr. Karl Gebhardt.Bundesarchiv, Bild 183-S73523 / CC-BY-SA 3.0

During the Nuremberg trials, Dr. Gebhardt explained that during an operation, female prisoners had incisions made in their legs and were injected with gangrene bacteria. Dirt, pieces of rag, earth, and other contaminants would be stuffed into the wounds. The women’s bones would be purposefully broken.

The experiments were mainly carried out on women from the Lublin group, which included many girl scouts.

The Germans hid the research they were doing, knowing that it was against all international law. This put the rabbits in even greater danger, as the Germans murdered them to hide the evidence. 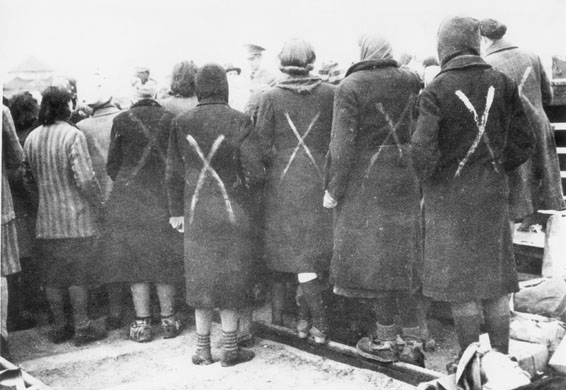 The women experimented on were called ‘Rabbits’ and the secret scout troop organised a network to help them, which included gathering information, and taking food from the kitchen and smuggling it out to the victims.Public domain

“The girl scouts organised a network to help the Rabbits. They gathered information, took food from the kitchen and smuggled it out to the victims. These were gestures that saved lives. Prisoners often received small gifts, such as figurines made from toothbrushes, so that they did not feel lonely,” Kwiatkowska-Bieda said.

One scout, Kamila Janowicz-Sycz, worked in the kitchen. The Germans made sure that the prisoners working there were healthy so that they would not infect anyone. When Kamila developed a small pimple on her face, she scratched it, and the area on her face became inflamed. Because of this, she was sent to the hospital.

On another occasion, scouts working in the administration office were able to switch the numbers of prisoners so that those who were slated for execution were in fact sent on a transport to another camp. 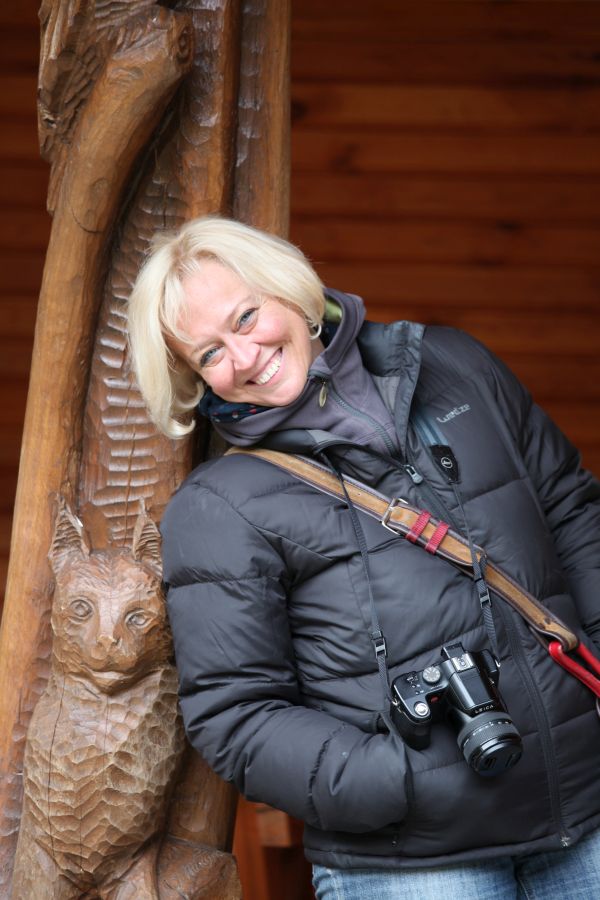 When the Germans left the camp, and the female prisoners were evacuated by the Red Cross, only the sick remained at the camp. Scouts from Mury stayed behind to help them.

“If not for the brave women who decided to stay and help them, they would have died. Their courage was doubled because at that time there was a belief that the camp had been mined by the Germans. It was suspected that the Nazis intended to blow it up to eradicate evidence of their crimes,” Kwiatkowska-Bieda explained.

The scout troop was never formally disbanded. The women continued to meet after the war despite the difficulties in Communist Poland. 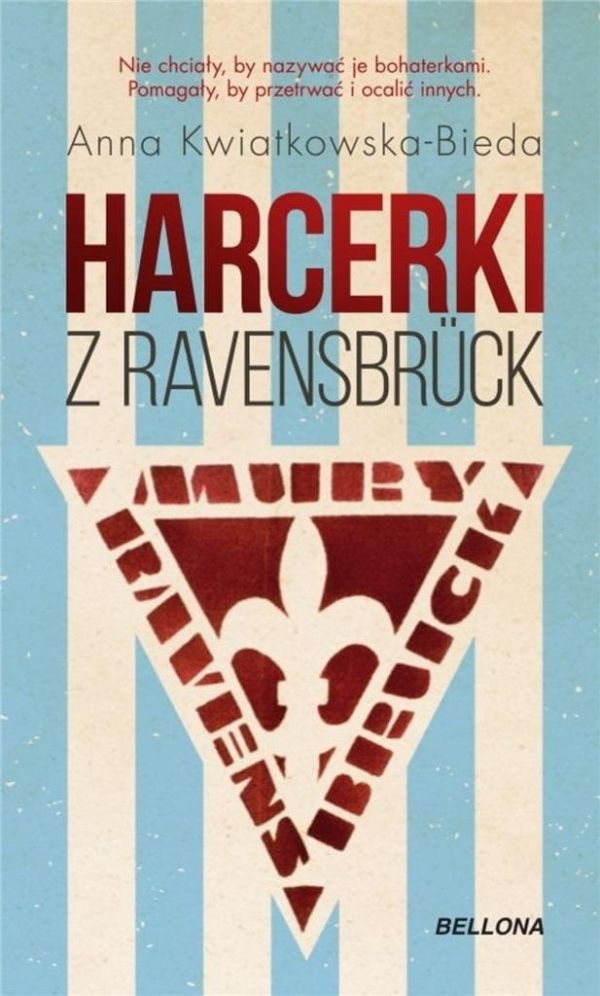 Every year they met in Jasna Góra on the name-day of the scout leader Józefa Kantor, which was on 19 March.

“They were friends till the end of their days. They liked spending time with each other, they went on vacations and pilgrimages together, they helped each other but they also organized meetings for young scouts to whom they wanted to pass their methods of scouting work,” said Kwiatkowska-Bieda.

Today in Poland there are many scout troops that are named after the ‘Mury’ Clandestine Scout Troop.