It’s a long way from a small village on the outskirts of Bielsko-Biała to the best recording studios in New York City.

Growing up in what has now become a sprawling housing estate in the south of Poland, spending her youth playing piano and throwing flowers during religious processions, an international music career was the last thing on her mind.

But when she hit her teens, Dudziak fell in love with the voice of American jazz singer Ella Fitzgerald and her world began to change.

She told TFN: “When I was fourteen years old, I heard Ella Fitzgerald on the radio.

“Ella became my first, and probably the most important musical guru. I used to imitate every single note she sung. But it’s ok. It’s always ok to learn from the Masters.”

Fascinated with the US Queen of Jazz, the provincial, adolescent schoolgirl began writing down the lyrics of her favourite songs phonetically, as she was unable to speak English, and then began imitating her idol.

Over the next few years she became such a sensation in the region that when Krzysztof Komeda, one of the most important musicians in the history of Polish jazz, was looking for a female singer to perform with his band, he signed her up. 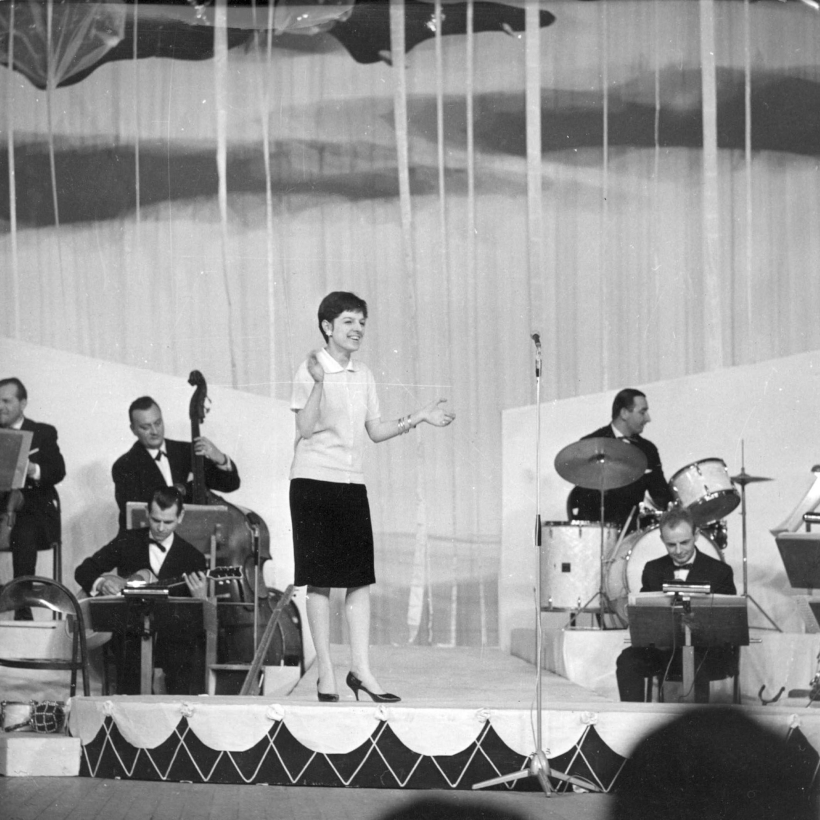 Still at secondary school, the young Dudziak could only perform during her summer holidays but she was already making an impact on the jazz scene, leading the first lady of Polish jazz at the time, Wanda Warska to comment that Urszula was “A bit infantile, but very promising.”

After finishing high school, Dudziak began touring with Komeda’s quintet during which time she met her future husband, the talented saxophonist Michał Urbaniak.

As well as being friends and lovers, they quickly became a professional working team, first moving to Scandinavia where her extraordinary five-octave vocal range gained them an pan-European reputation, and then, in 1973, moving to the US.

And it was in the heady 70s’ of New York City where their talents blossomed.

A year later, in 1974, an earlier recording from 1972 called the Newborn Light  was reissued in the US which launched Dudziak on her way to a solo career.

But it was in 1976 that her biggest hit appeared with a track called ‘Papaya’, which became so popular it was taken by a Brazilian television for the opening theme of one of its soap operas called Anjo Mau (Bad Angel). 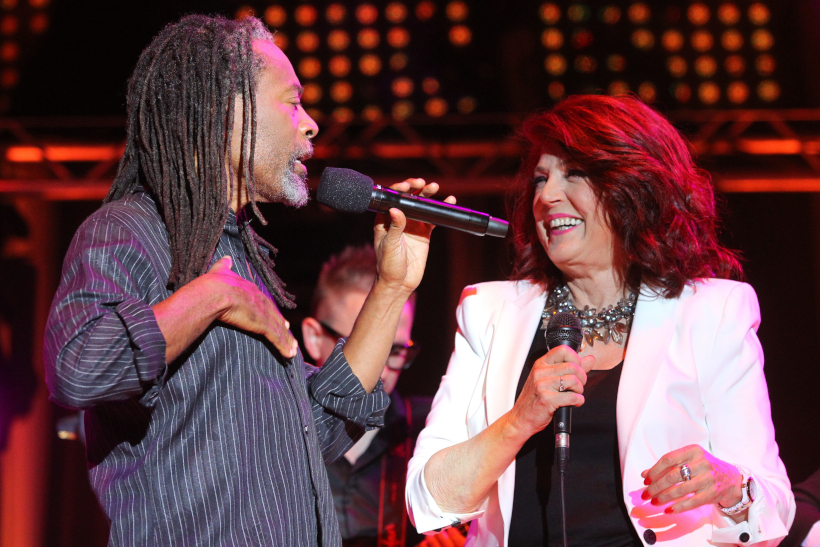 Dudziak told TFN: “I am aware of this soap opera, but, unfortunately, we, the authors of the composition, didn’t received a single penny.

“It’s a pity, because I was always fascinated by Brazilian music. In the 80’s Flora Purim, the best Brazilian female jazz singer, and I were in the vanguard of world vocal jazz.”

This wasn’t the only disappointment. Soon after, Dudziak and Urbaniak split.

She told TFN: “I learnt from experience that it’s not very healthy when a couple live and work together for a long time.

“It is very hard to keep a distance, which is essential.

“Great skill is required to know how to get the right balance between ambitions, fascinations, competition… And, as in my case, not all artistic couples succeed.” 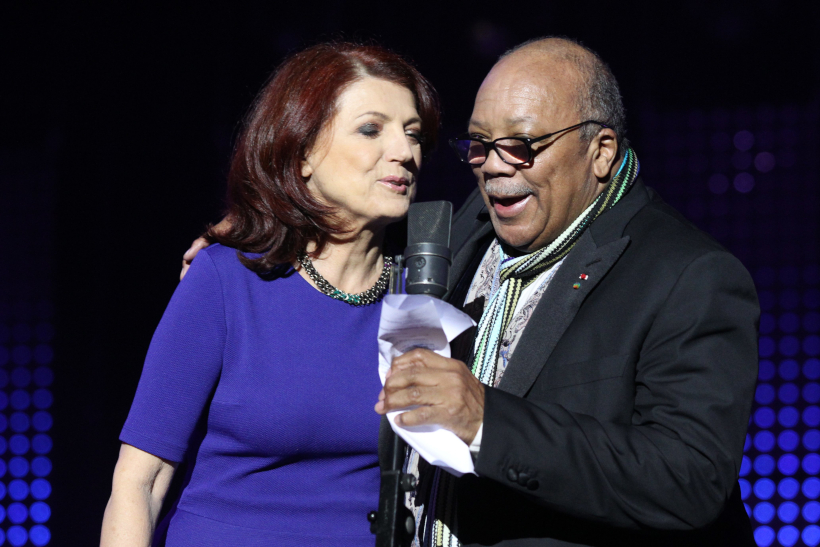 She soon fell in love again, this time with the Polish American author Jerzy Kosiński, the Polish-American novelist behind The Painted Bird (1965) and Being There (1970), which was later adapted into a film starring Peter Sellers and Shirley MacLaine.

In her latest book, Dudziak wrote: “He often looked at me with delight, gave me a million compliments. No one has ever told me so many times that I am beautiful, intelligent and extremely talented.

“Jerzy discovered the woman in me. He changed my view of myself, my femininity and attractiveness.”

Her love and adoration for Kosiński continued even after his death in 1991 and a few years later, in 1997, she recorded one of her most remarkable records, featuring just her voice with no instruments.

In homage to Kosiński she named the song after his most well-known novel The Painted Bird.

“It was a kind of therapy after Jerzy’s death,” Dudziak told TFN, admitting that she is considering writing her next book about their extraordinary relationship. 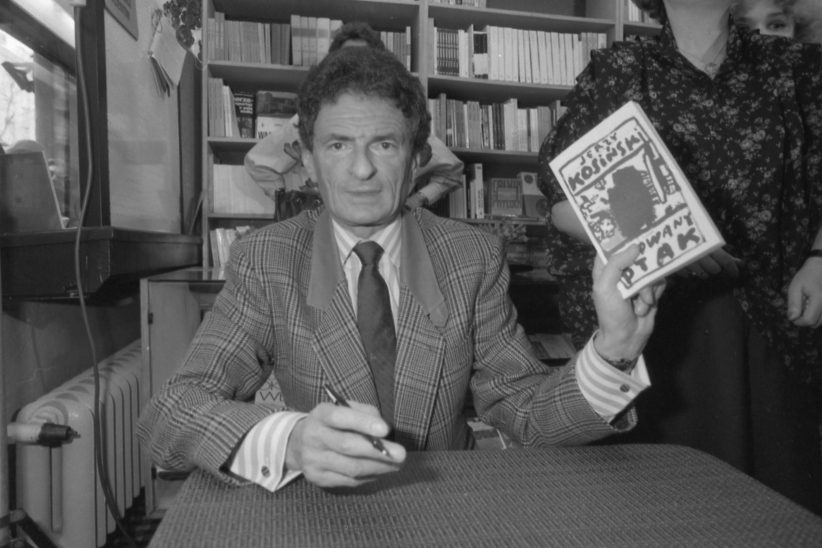 Today, Dudziak is still singing and swinging, telling TFN: “Jazz is at the root of virtually every single genre of music, regardless of whether it is rock, rap, hip-hop, reggae… The essence of it all is swing. There is no two ways about!”

But she has also branched out into other things; just a year ago she started vlogging on YouTube about artistic life, clothes, self-esteem and womanhood, and she has written another book on how to be positive.

She added: “I would like to end our conversation by quoting my latest motto: I prefer to be happy than to be right.”

And everything indicates that she is right.

BBC presents programme on only black insurgent in 1944 Warsaw Uprising