Happy anniversary: Aneta Kręglicka reflects on being crowned Poland’s one and only Miss World Winner

Since reinventing herself as successful entrepreneur and businesswoman, 31-years ago today Aneta Kręglicka’s life was turned upside down as she became the first and only Pole to be crowned Miss World.

Having never had an active interest in pageants and beauty contests, Szczecin-born Kręglicka’s path to fame was something of a happy accident, one that possibly might never have happened were it not for the urgings of those closest to her. 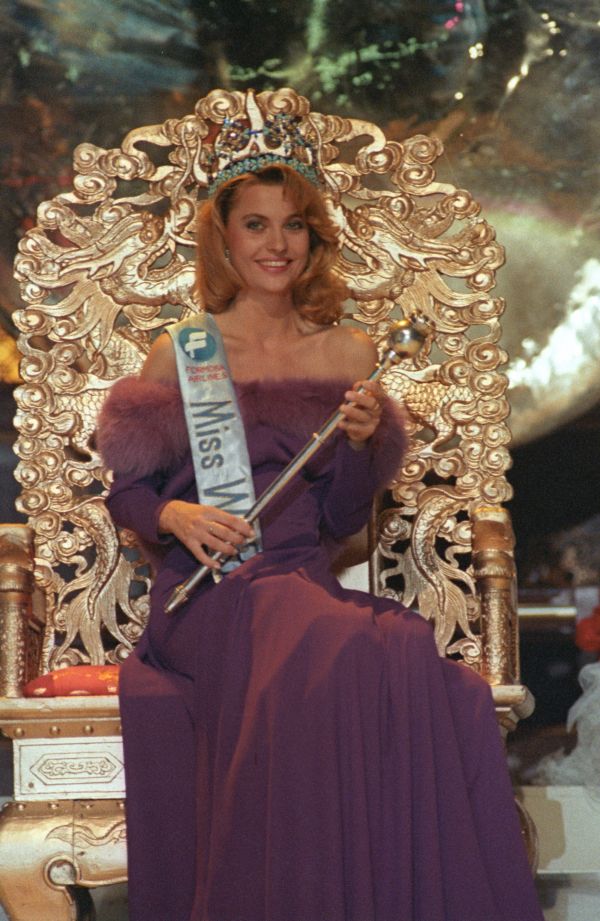 Crowned Miss World on November 22nd, 1989, Kręglicka became the first (and to date only) Pole to win the competition.PAP

“I would never have entered Miss Polonia had it not been for the encouragement of friends and family,” Kręglicka tells PAP Life. “But when I won it, everything just snowballed – more titles and awards followed.”

Thereafter engaged in the competitive beauty circuit, the biggest prize of all – Miss World – however very nearly slipped through her fingers owing to Kręglicka’s own reluctance to participate. 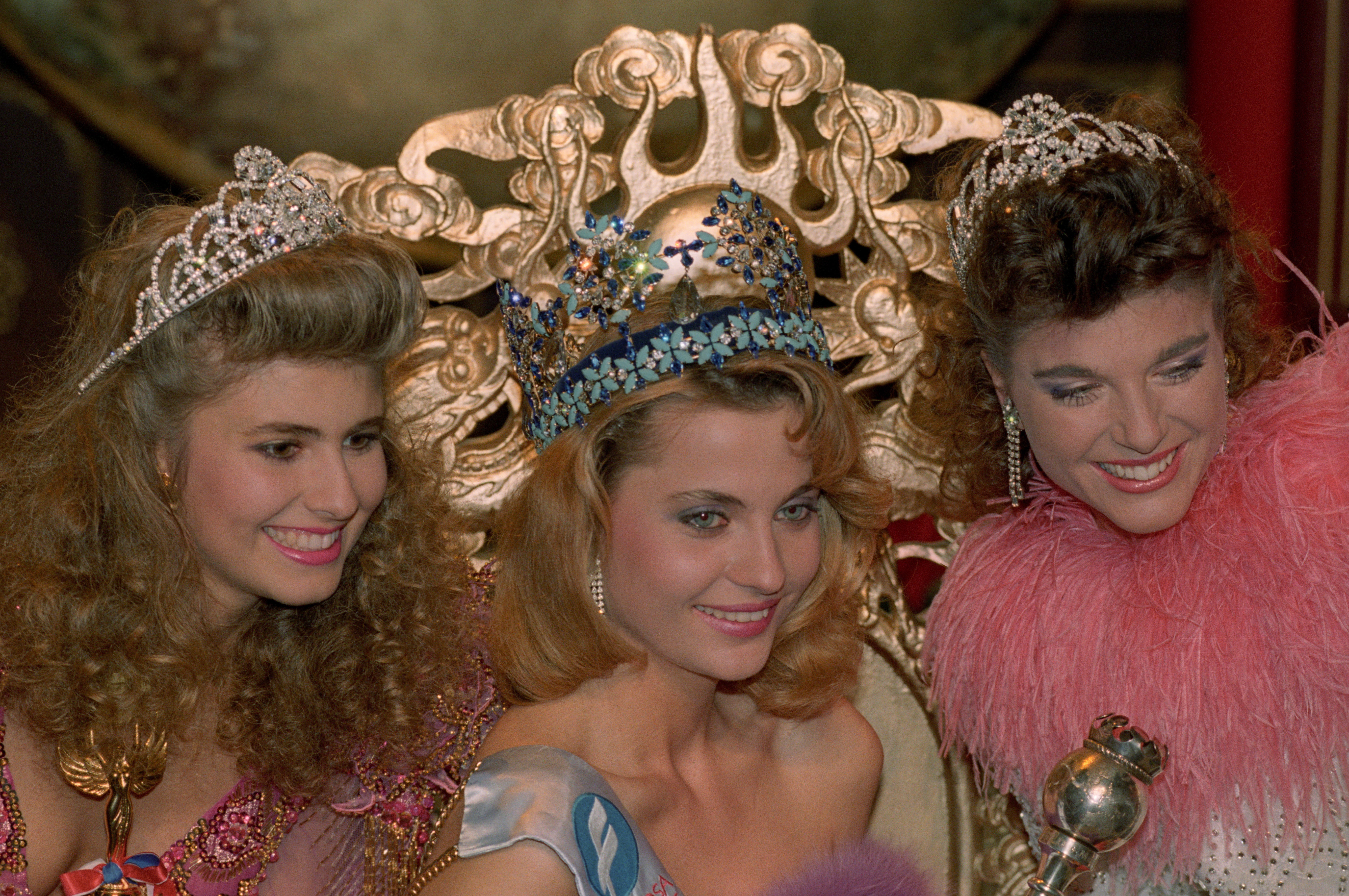 Recalling the competition, Kręglicka was hit by stage fright on the night of the gala and had to rely on quick thinking to improvise her way through the questions of the jurors.PAP

“I’d just spent five or six weeks in Japan taking part in the Miss International competition,” she remembers. “I was exhausted and wanted Miss Polonia to send the first runner-up to represent Poland instead of me.

“But when Julia Morley (editorial note: the wife of Miss World’s founder) saw my latest photos she personally requested I head to Hong Kong for the competition. After just five days at home, I found myself on a plane back out to Asia.” 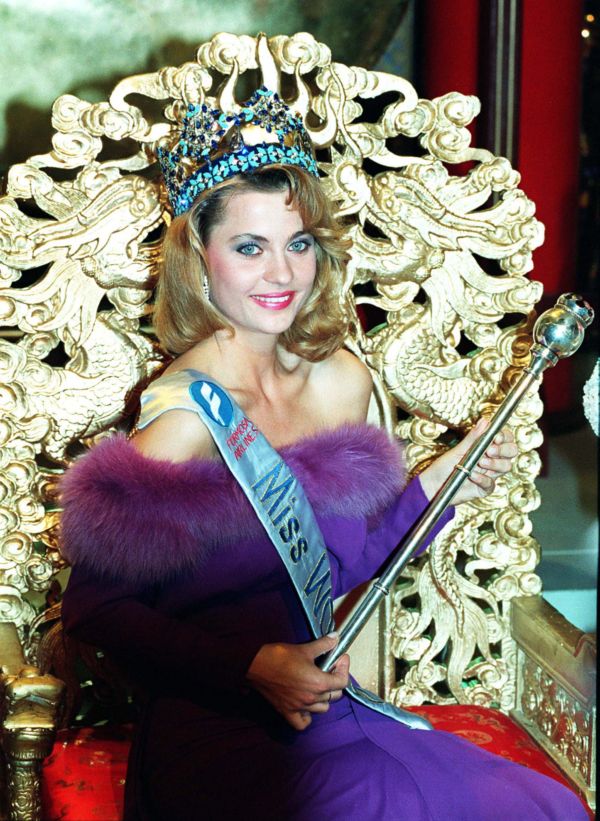 Although the crown and winner’s sash remained in the Miss World office, Kręglicka received two statuettes; her purple dress has been safely stored away by her mother.PAP

“I befriended Miss Italy, Paola Mercurio, and because she couldn’t speak English very well I became a sort of interpreter for her. She was a really lovely, upbeat person, and as a result the other contestants also warmed to me. In the private rankings we used to do, I was always in the top three favourites.”

By allowing for direct communication, her language abilities also helped get the jurors on-side. 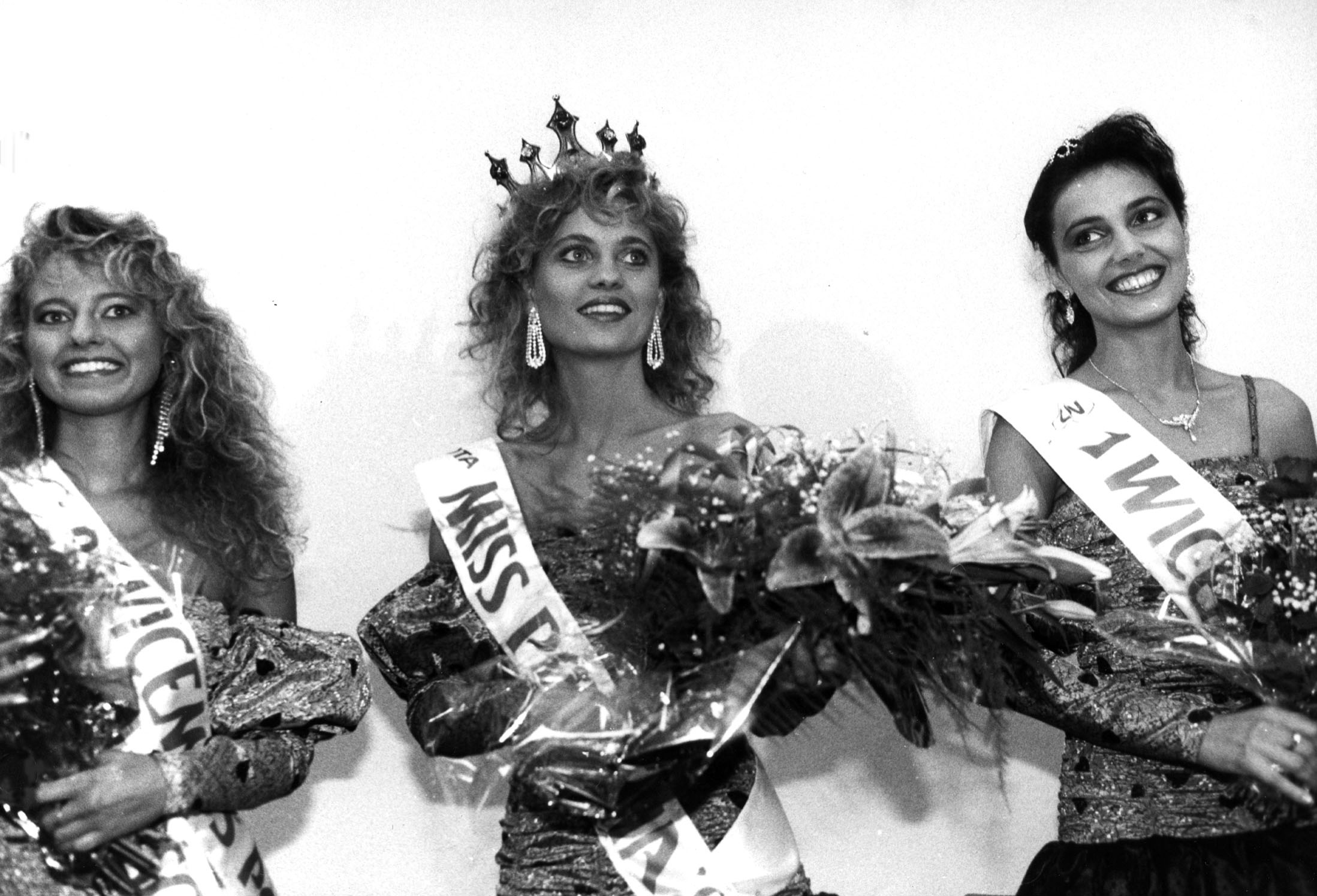 Kręglicka was urged to partake in the 1989 Miss Polonia competition by friends and family, and it was her victory at this competition that paved the way for more success.Stefan Kraszewski/PAP

“We had two meetings with them,” she recalls. “During the first one, we talked individually with each juror and two of them told me I was their favourite. Later, at a party the night before the finale, two more told me, ‘Miss Poland, watch out tomorrow’. It was a kind of signal that I had a chance to break into the Top Ten.”

This, however, was not the only good omen.

“Miss Argentina came up to me and said, ‘Listen, my grandmother has prophetic dreams and she says that a girl from the Eastern Bloc will win. When I saw you, I thought that this could be you.’ Of course, I laughed at the time, but it turned out to be true!” 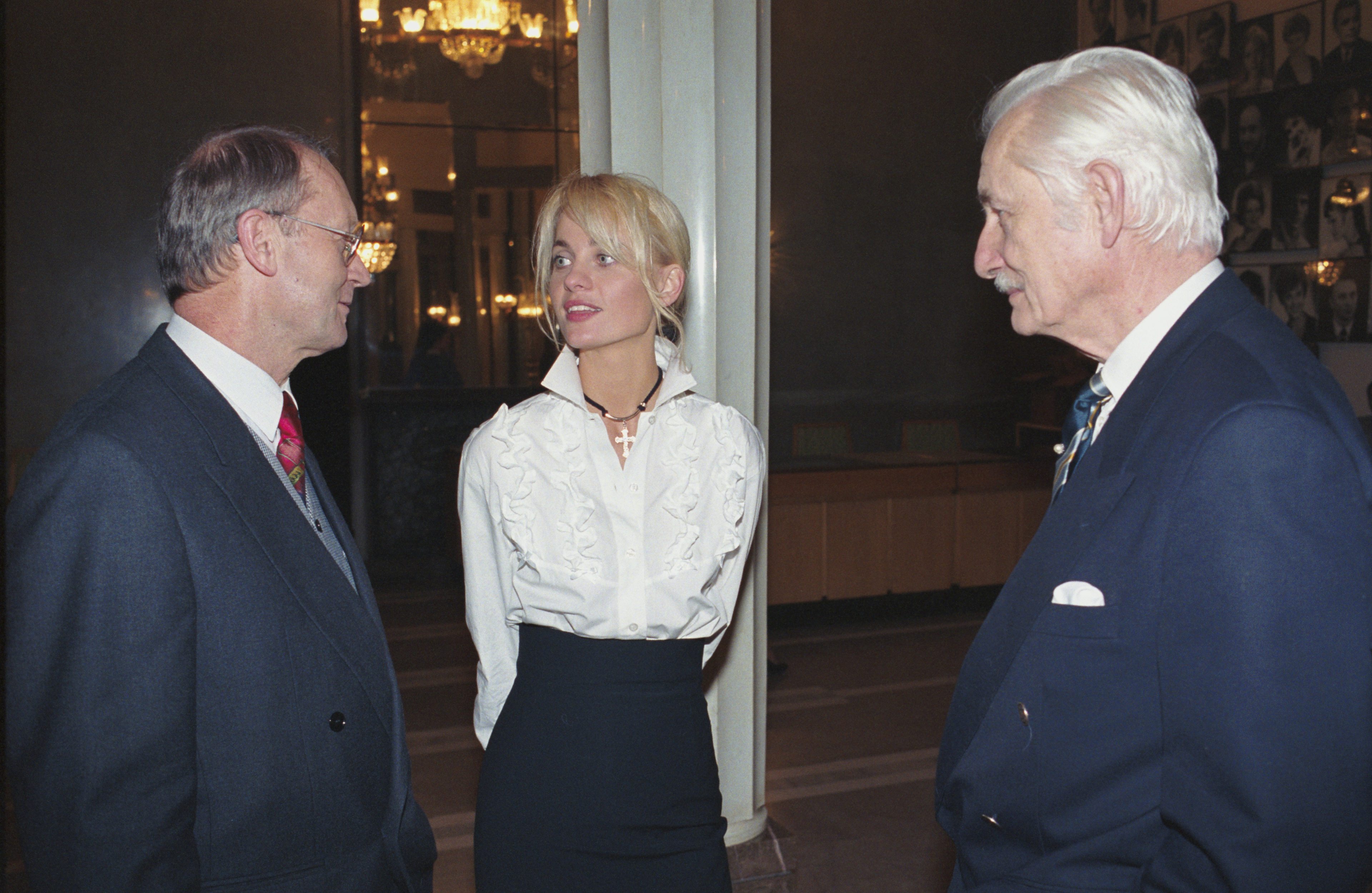 Pictured here in Warsaw in 1993, Kręglicka used her prize money to reinvent herself as a successful businesswoman.Andrzej Rybczyński/PAP

The final gala, though, didn’t entirely go to plan. Experiencing something akin to stage fright, Kręglicka was forced to rely on quick thinking to make it through the questioning.

“It didn’t help that I was in between an American and English woman who obviously spoke perfect English,” she laughs. “I was asked about ecology, and how we can save the world, which was a topic that really wasn’t of much concern in Poland at the time. I had to improvise, and mentioned unleaded petrol which Poland was looking to introduce in the future.” 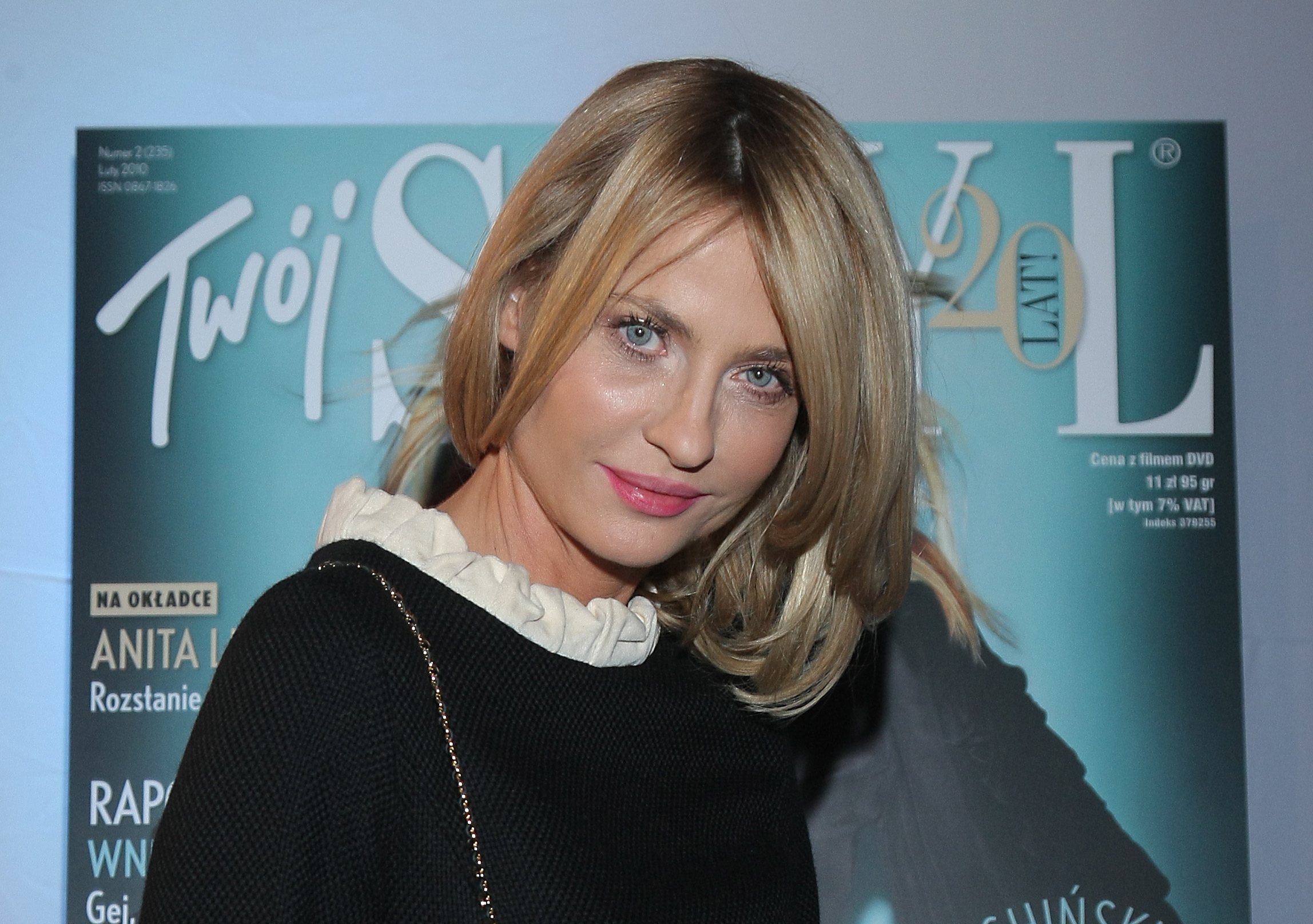 Pictured in 2010, by this time the former beauty queen had created an advertising agency.Archiwum Leszczyński/PAP

“I didn’t pay much attention to the crowning rehearsals. For most of the gala I was hanging out with Paola in the toilet – she was a smoker, so while I didn’t smoke myself, I’d always be there in the toilet whilst she smoked cigarettes. When the result came through, I had no idea what to do, and I only got to the throne thanks to the help of some sound engineers who led me around the stage with special lights. I guess it all worked out well in the end!” 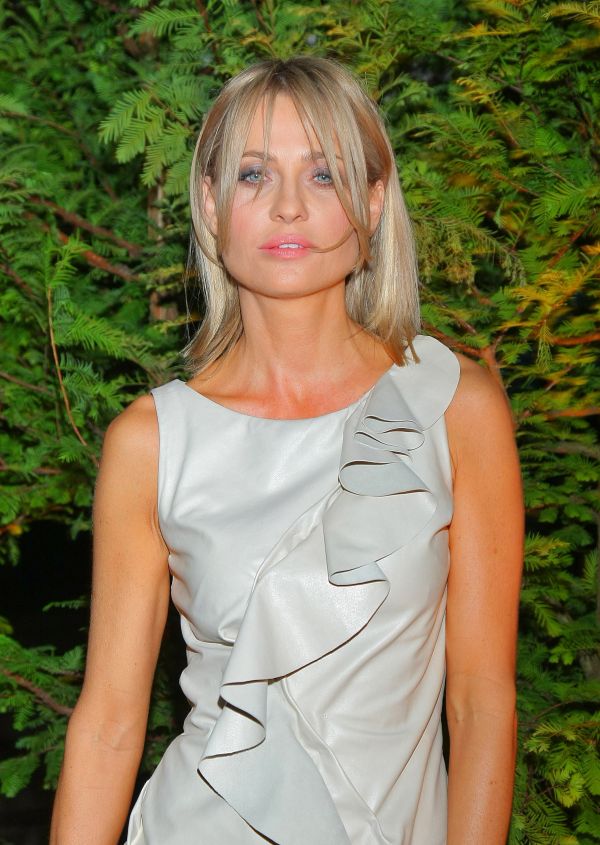 Although the crown and winner’s sash remained in the Miss World office, Kręglicka did not leave emptyhanded.

“I received two statuettes,” she says, “one for Miss World and the other awarded for European Queen of Beauty.” She also kept her purple fox gown, currently safely treasured by her mother. 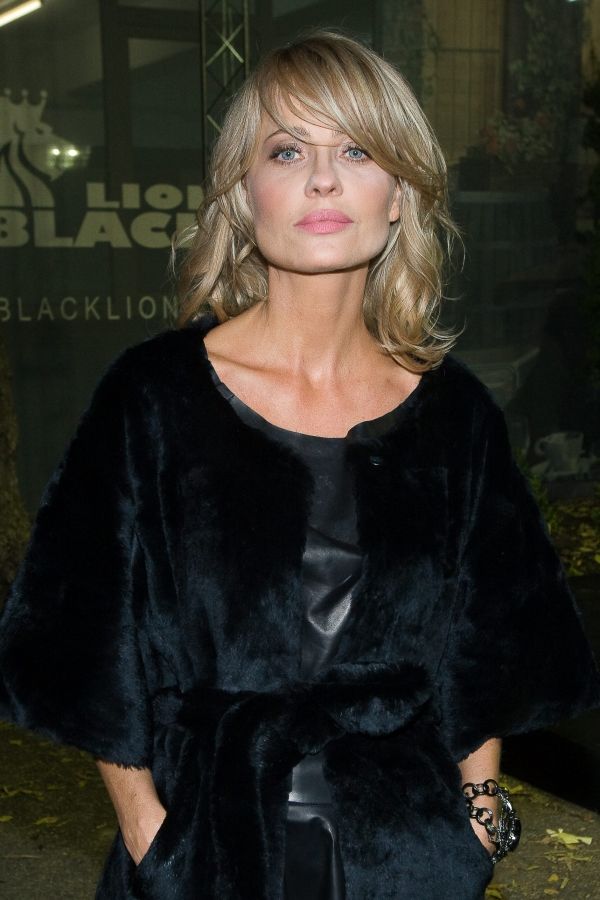 At one stage, Kręglicka came within a whisker of representing Poland at the Eurovision Song Contest.Archiwum Leszczyński/PAP

Moreover, the cash prize proved a welcome bonus, and although Kręglicka enjoyed a brief stint working as a model in New York, from the outset she was determined to start her own business. Despite a close call in which she nearly represented her country at the Eurovision Song Contest (Poland ultimately pulled out of the event), her mind remained firmly focused on this ambition.

“I invested the money and set up an advertising agency, rented an office and set about hiring people,” she says. 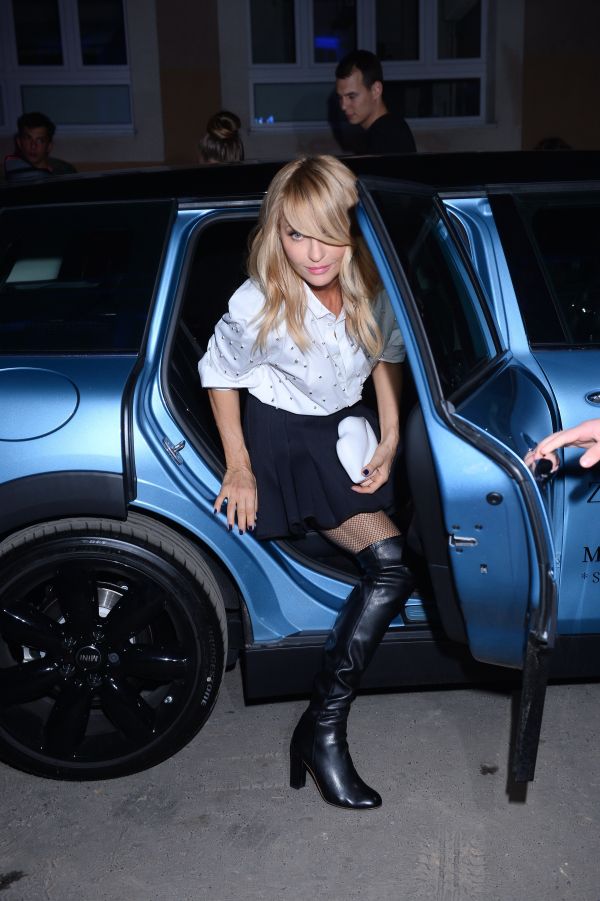 Pictured arriving at a 2016 fashion show, Kręglicka confesses that she would not enter Miss World if she was the same age today.Archiwum Kmieciński/PAP

Today, the former beauty queen is involved in building brand strategies and has also successfully dabbled in clothes design. Married to director Maciej Żak, the couple co-own the St. Lazare film studio with Kręglicka taking an active role in the production of a forthcoming black comedy by the name of Zapiski śmiertelnika.

Kręglicka is adamant that were she the same age today she would not enter the competition again. “Those were different times back then,” she says. “There weren’t many events in Poland at the time so winning the Miss World crown was seen as something very prestigious. But now, we’re submerged in celebrity culture and I find it all a little tacky.” 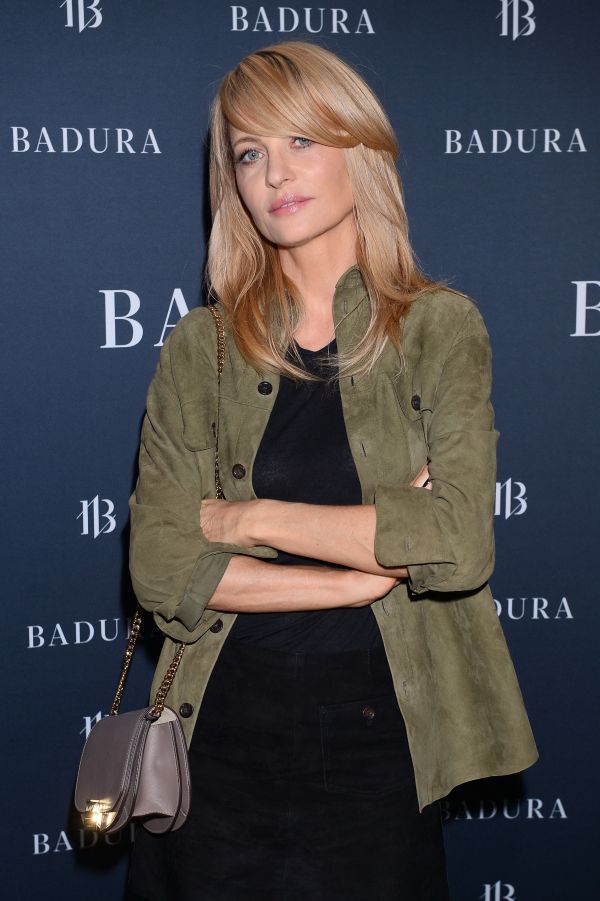 Today, Kręglicka is involved in building brand strategies and has also successfully dabbled in clothes design while also taking an active role in the film studio she co-owns with her husband.Marcin Kmieciński/PAP

By her own admission, for years she was irritated at being chiefly remembered as a former Miss World. Now, though, she has happily aligned herself to this chapter in her life embracing it for the magic time that it was. Sorting through old photos, her eyes glisten with tears at the warm memories of it all.