The beauty of Zakopane and the Tatra Mountains will soon delight half a billion Chinese viewers after a Chinese television company chose the town as the setting for an episode of a leading reality show.

In the show called ‘Fearless Twenty-year Olds’, 11 young women from the Chinse girl-band Rocket Girls 101, and 140 crew members, spend several snowy days in Zakopane for an episode entitled ‘Fire and Ice’, which is due be shown in February.

The ‘Fearless’ show, which has been breaking TV ratings records back home in China, sees the band members getting to grips with a series of challenges and adventures.

For the ‘Fire and Ice’ episode the women wander the Tatra Mountains, have to ford a mountain stream and embark on a sleigh ride. The episode also includes scene shot at the famous Morskie Oko lake, high in the mountains. After work, the team celebrate in a highland inn.

“We had never been to the Tatra Mountains before, which we thought was a bit of a strange place, we were even a bit sceptical about it. However, when I saw the pictures sent from our crew on a study trip, I was convinced that the Tatras are as beautiful as the Alps, as it is said on the internet, and we decided ‘that’s it’,” Dikui Xie, the show’s director, told TFN.

“The local people are warm and polite,” he added. “What was a nice surprise is the architectural style in the Polish Tatra - the villas are in a European style are nicely decorated by their owners, which reflects the meticulous attitude to life Poles have. After spending seven cold but nice days in the Polish mountains, I can say that Polish cuisine is delicious for Chinese people, and I will recommend the mushroom soup.” 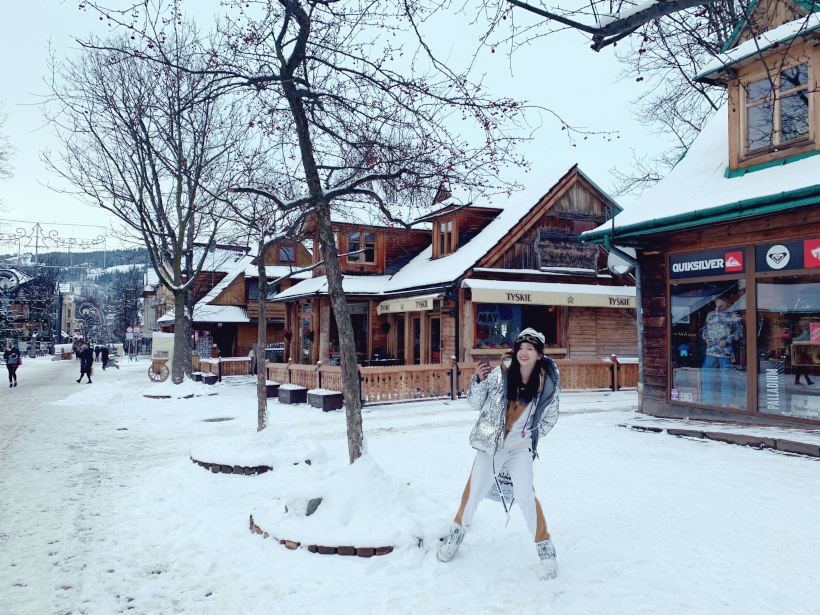 One of the ‘Rockets’ takes time off from the show. China is seen as a growth market by the Polish Tourist Organisation. Rocket Girls 101/Facebook

Poland is becoming a new and attractive destination for Asians, according to the Polish Touristic Organisation.

"China is one of the markets from which, in recent years, we have recorded the greatest growth in foreign tourist arrivals,” says Robert Andrzejczyk, president of the Polish Tourist Organisation. “These results are influenced not only by direct flights, but also by promotional campaigns.”

The shooting of an episode of the ‘Fearless’ series will help focus Chinese attention on Poland. The previous episode with the Rocket Girls 101 drew an audience of millions. “Our show, for example, is a case in point,” says Dikui Xie. “A youth-orientated programme will draw the heart of the young Chinese people closer to Poland. I believe there will be more young people traveling to Poland, to feel the Polish culture, to taste the nice local food, and to promote friendship between the peoples. I hope I can visit the country again, for leisure, instead of work.”

Foot lose: thousands across Asia get down and dance to ‘I Love Poland’

No coronavirus found in 30 Poles evacuated from Wuhan - health min