JAZZ FORUM monthly has just published the results of our annual Jazz Top readers’ poll for 2019.

Not many surprises as one might have expected. World-famous pianist Leszek Możdżer leads in three major categories: Top Musician, Top Pianist and Top Composer. Our new European sensation, Maciej Obara, recording for the prestigious ECM label is our number one alto saxophonist, but also wins the Best Album category for “Three Crowns” recorded with his Polish-Norwegian quartet. I was happy to find one of my all-time favorite vocal albums “Torpedo” by Novi Singers, recorded in 1970, winning the Best Historical Album category. It is always nice to find artist-friends leading the way in their domains, like Dorota Miśkiewicz (Vocalist oh the Year) or Krzysztof Herdzin (Arranger of the Year). People I both love and admire.

One of those people is Marek Napiórkowski, a guitar player, whose amazing career and breathtaking progress I have been following from the start. As a session player he participated in more than 150 album recordings and many film music scores. For eighteen years he played with vocalist Anna Maria Jopek and performed all around the world, including USA and Japan and most of the European countries. As a leader, he debuted with NAP in 2005 (“Nap” is his nickname by the way), the album was a showcase for his talent and diversity. He invited many guest artists to support him, including Anna Maria Jopek and Leszek Możdżer. His next record, WOLNO (2007) was a concept album (“wolno” in Polish means both freely and slowly) performed with an acoustic band and played entirely on acoustic guitar. Its highlight was a cover of Paul McCartney’s beautiful ballad The Long and Winding Road.

Covers are unlikely to be found on Napiórkowski’s recording, as he is an innovative composer in his own right, and shows uncanny flexibility, creating music for both jazz bands and vocalists, film music orchestras and writing… lullabies for small children (SZUKAJ W SNACH, recorded with Natalia Kukulska for Teatr Stary in Lublin, 2018).

No surprise his next all-acoustic album project was a power trio, called KONKUBINAP (2011) – the name being a cute acronym of trio’s members’ names: Konrad (drums), Kubiszyn (bass guitar) and the leader playing electric guitar like there is no tomorrow. This was his first album registered live in front of the audience, but Napiórkowski always records live in the studio. 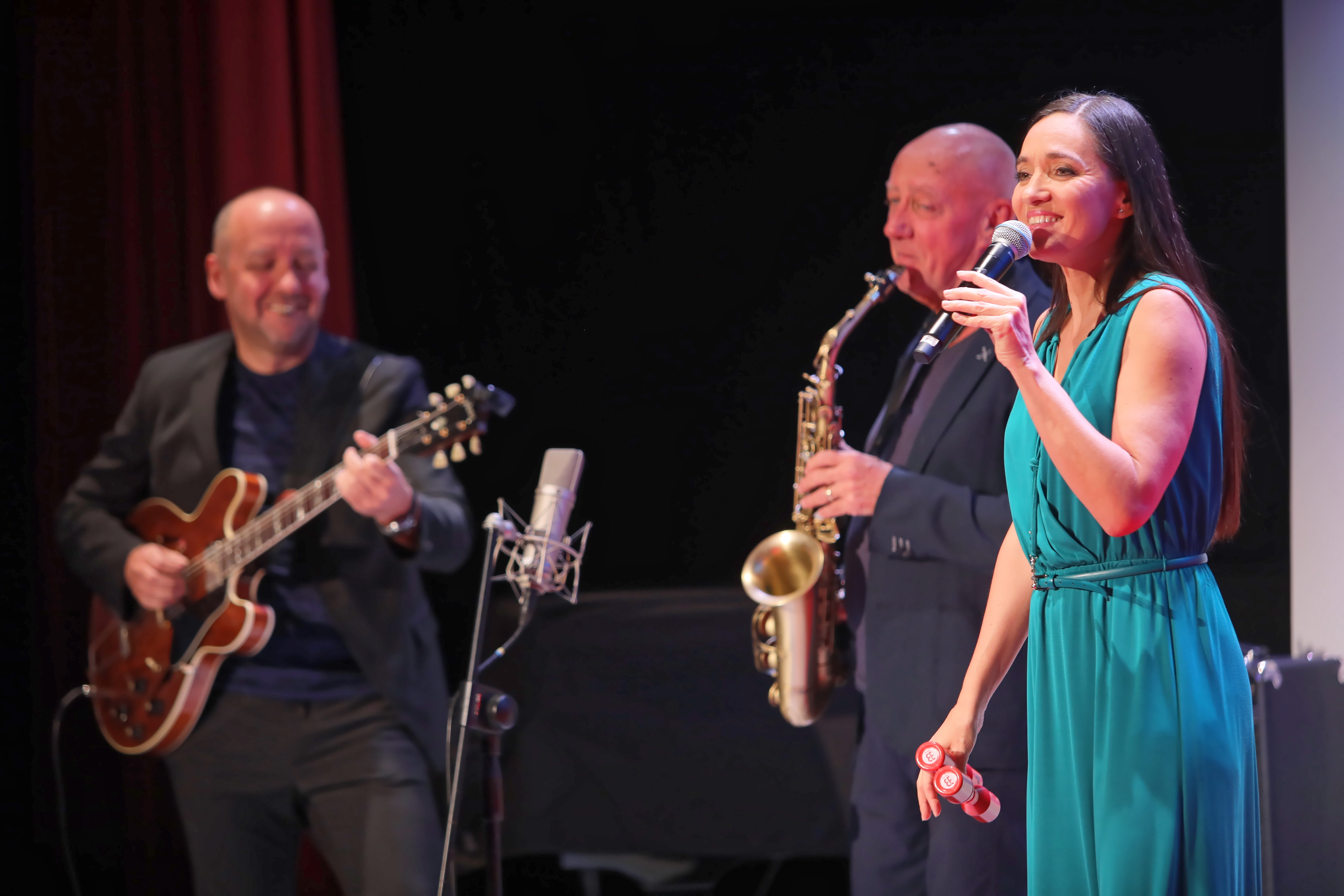 One of Marek’s many side-projects Dan considers especially interesting is a series of albums with vocalist Dorota Miśkiewicz.Wojciech Olkuśnik/PAP

One of his many side-projects I consider especially interesting is a series of albums by a lovely and talented vocalist Dorota Miśkiewicz (a daughter of the saxophonist Henryk and sister of the drummer Michał, a member of Marcin Wasilewski Trio). Between 2005 and 2012 Marek composed many tunes for her jazz-pop records, including CAMINHO (2008), a Gold Record and some golden music indeed. 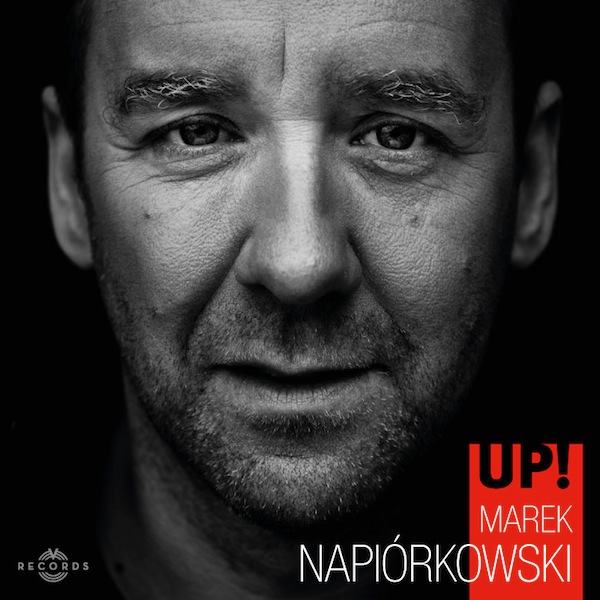 Marek’s now-legendary orchestral UP! (2013), was a sextet including Krzysztof Herdzin.Press materials marek-napiorkowski-up-cover

Marek Napiórkowski returned to acoustic music recording CELULOID (2015) in duets with his long-time friend guitarist Artur Lisiecki. The album was filled with their new and often adventurous arrangements of Polish film music (by Komeda, Korzyński and Kilar among others). Marek’s recent recordings show his growing abilities as composer and use different musical line-ups. From his now-legendary orchestral UP! (2013), a sextet including Krzysztof Herdzin TRÓJKA LIVE (2016), to a winning collaboration with American musicians WAW-NYC (2017), thus far his most ambitious project. 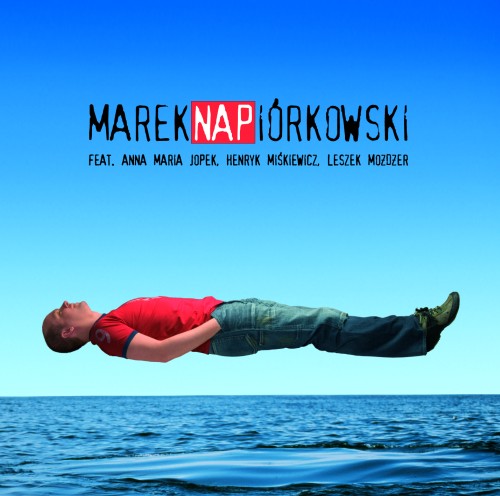 Marek made his debut with NAP in 2005, the album was a showcase for his talent and diversity. He invited many guest artists to support him, including Anna Maria Jopek and Leszek Możdżer.Press materials

But for Marek Napiórkowski playing along famous jazz giants is almost an everyday routine. He performed with Pat Methany (one of his guitar heroes), he often plays with Mino Cinelu, has accompanied Angélique Kidjo, performed blues with legendary Sugar Blue and played duets with another of his guitar heroes, John Abercrombie.

The latest album by Marek Napiórkowski is HIPOKAMP (2019), a rare butch of his originals and two covers of songs by… David Bowie. Always searching and never looking back, the artist made a contemplative record with the emphasis on the analogue synthesizer sounds and some of the best guitar playing of his career.

Interviewing Marek for JAZZ FORUM in January I asked him, what is the meaning of jazz to him and this is what he said: “Jazz for me is defined by its rhythmic structure. Not necessarily the harmony, even improvisation is not exclusively a domain of jazz, as we know Chopin was a great improviser and so do ethnic or even rock musicians. What makes jazz an international phenomenon, a contemporary music vocabulary, is the realm of rhythm. And it doesn’t have to swing, not all the time. It doesn’t have to be literal, it may be abstract and work on the unconscious level. But it must grab you, it has to grab you by the… Understand? Or our audience will disappear”.