Gravity-defying hill where things roll UP not down

Set on a stretch of road running alongside the Łomnica river in the picturesque town of Karpacz in the Karkonosze Mountains lies Magic Hill - or the Karpacz Gravitational Anomaly, to give it its less alluring name.

Every year the area is besieged by baffled visitors rolling cans of beer uphill as they struggle to comprehend the head-scratching phenomenon which seems to defy all laws of physics.

Even the flow of the river’s water appears to be going in the wrong direction. 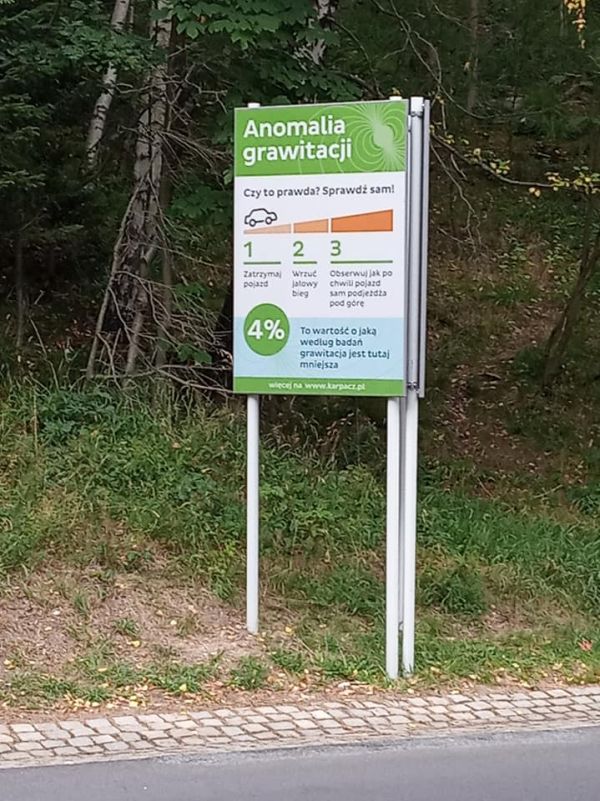 A sign at the location explains that the stretch of road where cars appear to roll up hill has 4 percent gravity.Rafał Dolot/Facebook

Some have suggested iron-rich rocks could be behind it, others that there are ghosts and “alien forces” at work.

During a 2013 visit to the hill, freaked out psychedelic band Talbot posted on social media: “It really is a strange place, had a really weird feeling there, things just felt weird, physically too. 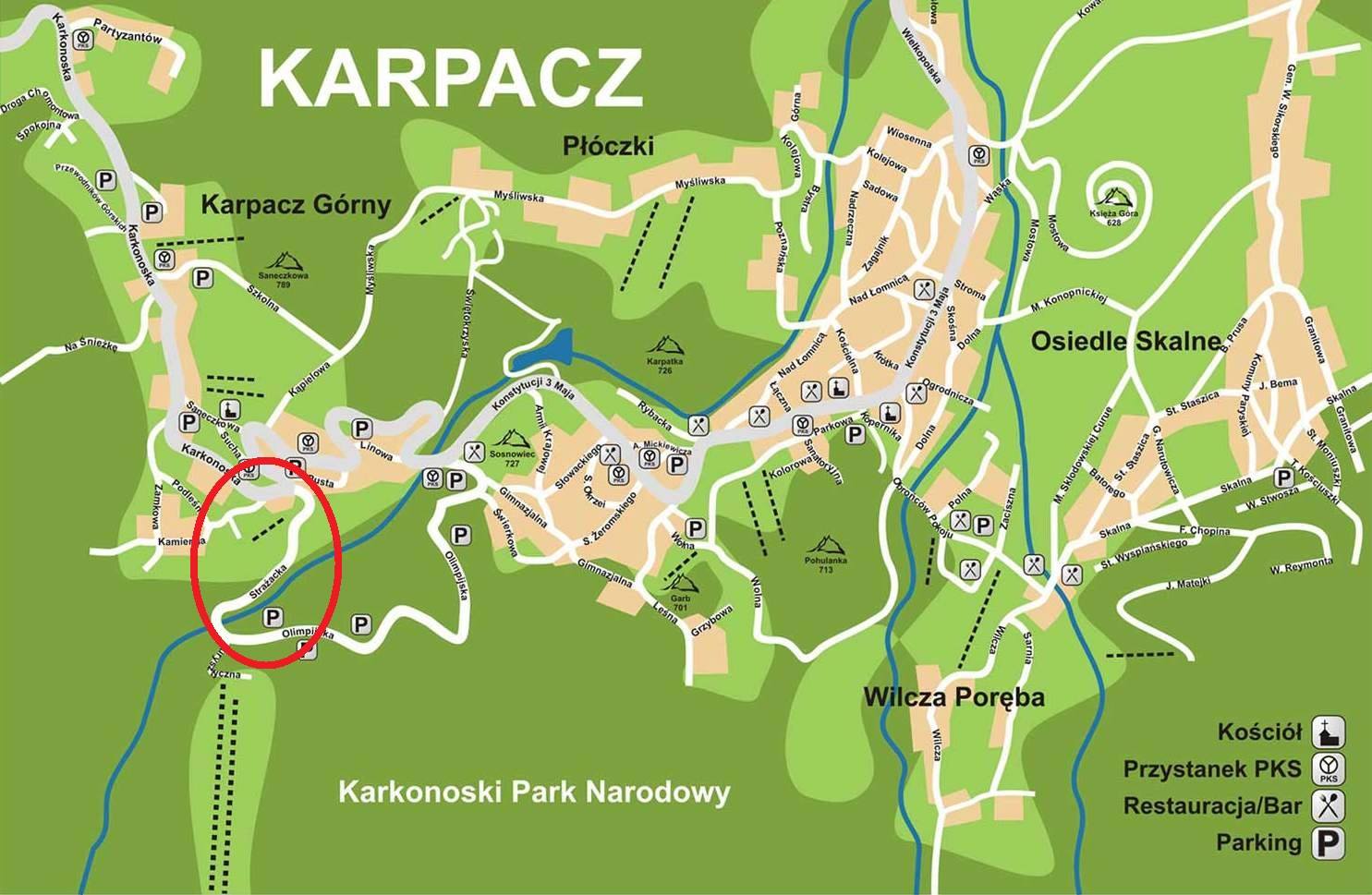 Magic Hill lies on a stretch of road running alongside the Łomnica river in the picturesque town of Karpacz in the Karkonosze Mountains.Tajemniczy Dolny Śląsk/Facebook

“It was easier to walk uphill and harder to walk downhill. Water really did flew uphill.

“Bottles rolled uphill too, when you gave them a small push for start, otherwise they were stuck behind the asphalt's corners.”

A video they posted online shows their driverless van in neutral appearing to roll up hill.

Theirs is not the only one. 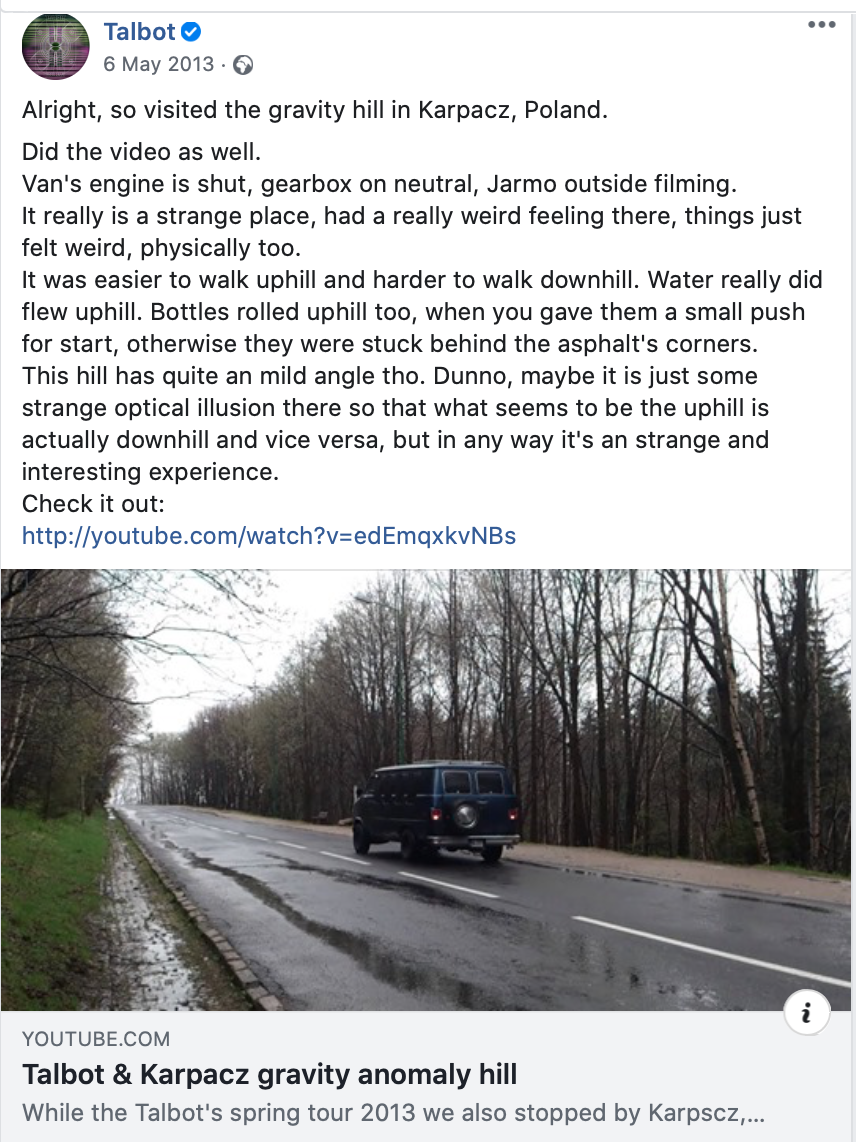 On their 2013 tour of the country, psychedelic band Talbot described their experience of Magic Hill on social media.Talbot/Facebook

One promising to reveal “the ultimate proof” presents three “proofs” by showing someone going up hill on a skateboard.

Other videos show equally bemused tourists watching cars, footballs and all manner of other things inexplicably rolling up hill, while others show ‘physics experts’ attempting to explain the anomaly.

In way of a partial explanation, a sign at the site proudly declares that gravity along the one kilometre stretch is less than 4 percent.

So, is ‘Magic Hill’ as mystical as it seems? Well, not really.

Despite the hyperbole, the Karpacz hill is one of hundreds dotted around the globe where an optical illusion creates what’s known as the gravity hill effect.

According to atlasobscura, although “cars, water, and marbles appear to roll up hill, they are really rolling downhill, just as they should be.

“The horizon line and other features of the landscape trick the brain into perceiving the slope as uphill.”

Despite this, the hill remains a major tourist attraction with hundreds of mouth-gaping visitors flocking to experience the ‘magic’ ever year.

Other gravity hills in Poland are Żar Mountain in the Little Beskids (Beskid Mały) where cars roll up hill on a 200-metre segment of road circling the mountain, and the 200-metre stretch of road called Czarodziejska Górka between the village of Strączno, Rutwica and Wałcz in the north-west of the country.

Wish you were here? Artist creates delightful posters of Poland’s most scenic sights