A pensioner who resorted to selling homemade knitted hats to help buy a hearing aid has being flooded with help from across Poland by people moved by her story.

Krystyna Misióra from Szczecin had been told she needed to pay 6,000 PLN for a new hearing aid, but being unable to find the money she decided to knit hats and sell them to locals.

Setting up on the city’s Plac Zwycięstwa (Victory Square), and undeterred by weather conditions, the 85-year-old sat every day trying to sell her self-knitted hats, telling people "I'm short of money. I'm collecting for a hearing aid”. 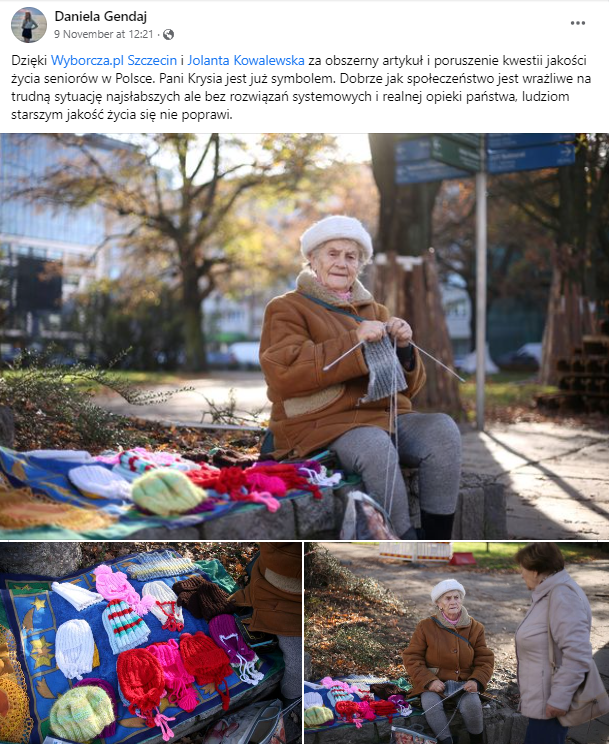 Sales really took off after the 85-year-old was noticed by local Daniela Gendaj, who put up a post on social media about her situation.Daniela Gendaj/Facebook

One hat took Misióra 10 hours to make and she was selling them for 30 PLN each, but it was not until the lady and her story were noticed by local Daniela Gendaj, who put up a post on social media about the woman's plight, that her sales really took off.

Gendaj's post attracted nearly 2,000 shares, and following its publication, queues began to form outside Misióra's stall, with people keen to help her.

The story quickly began to spread and was soon picked up by local councilor Łukasz Litewka in Sosnowiec over 600km away who runs an emergency charity ambulance and organised a collection for her. 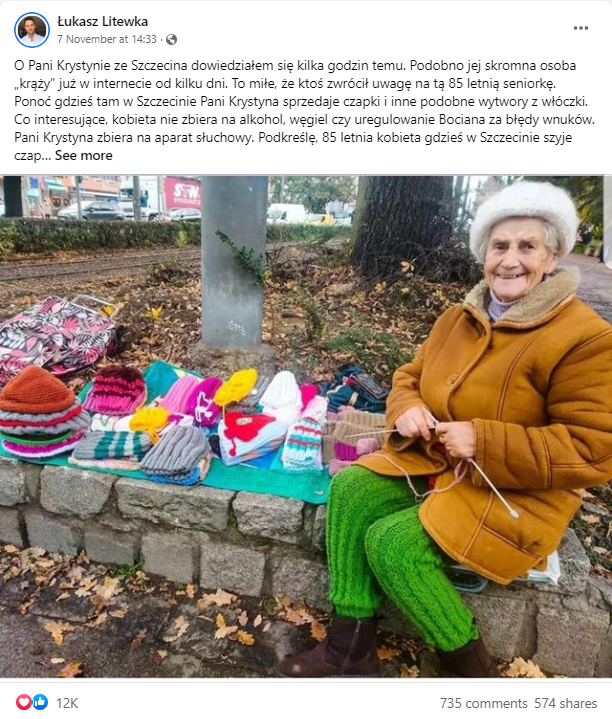 The story quickly began to spread and was soon picked up by local councilor Łukasz Litewka in Sosnowiec over 600km away who runs an emergency charity ambulance and organised a collection for her.Łukasz Litewka/Facebook

Then hearing aid company Audiofon came forward and offered to pay for her hearing piece and even paid for her complex hearing tests which revealed she struggled to understand people.

Posting on social media, the firm said: “As soon as we found out about it from Łukasz Litewka, we invited Krystyna to our office in Szczecin for a visit and hearing test, after which she will receive new hearing aids from us free of charge.”

After receiving the new ear piece delighted  Misióra said: "I can now even hear myself clearly. 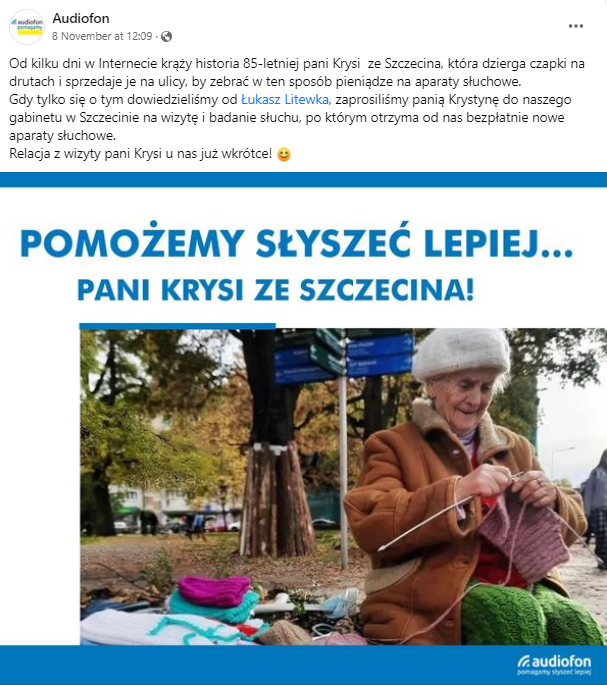 After hearing the story hearing aid company Audiofon offered to pay for her hearing piece and her complex hearing tests.Audiofon/Facebook

“The kindness of people gave me self-confidence. I was so depressed that I got lost in the city centre and didn't know where I was.

“It was in my depression that I started knitting these hats…”.

With her hearing aid ending up being paid for, the money raised for Misióra will now be used towards replacing her broken boiler.

She has no intention of giving up knitting.