The grandmother at the centre of a controversial defamation case in which two Holocaust historians were ordered by a court to apologise for writing that her late uncle was complicit in a massacre of Jews during WWII has appealed to the researchers to ‘write the truth about history’.

In a short interview released by her lawyers, Filomena Leszczyńska, the 80-year-old niece of wartime village mayor Edward Malinowski, both from Milanowo in the Podlasie voivodeship, said: “I was appalled that someone had the nerve, so many years after all the witnesses who had testified in the first trial died, to tarnish his reputation. I found it outrageous.”

She added: “If these researchers are well-educated and intelligent people, why is their research biased? Research should be impartial.

“I wish that instead of publicizing such hurtful things, they would fact-check their research and write the truth.”

The case centred on a 1,600-page, two-volume historical work, Night Without End: The Fate of Jews in Selected Counties of Occupied Poland, which charts the fate of Jews in occupied Poland, particularly those who escaped from ghettoes or transports and tried to survive among the Polish population.

The chapter that gave rise to the trial was written by Professor Barbara Engelking, the founder and director of the Polish Centre for Holocaust Research in Warsaw. Jan Grabowski, a professor of history at the University of Ottawa, edited the whole book. 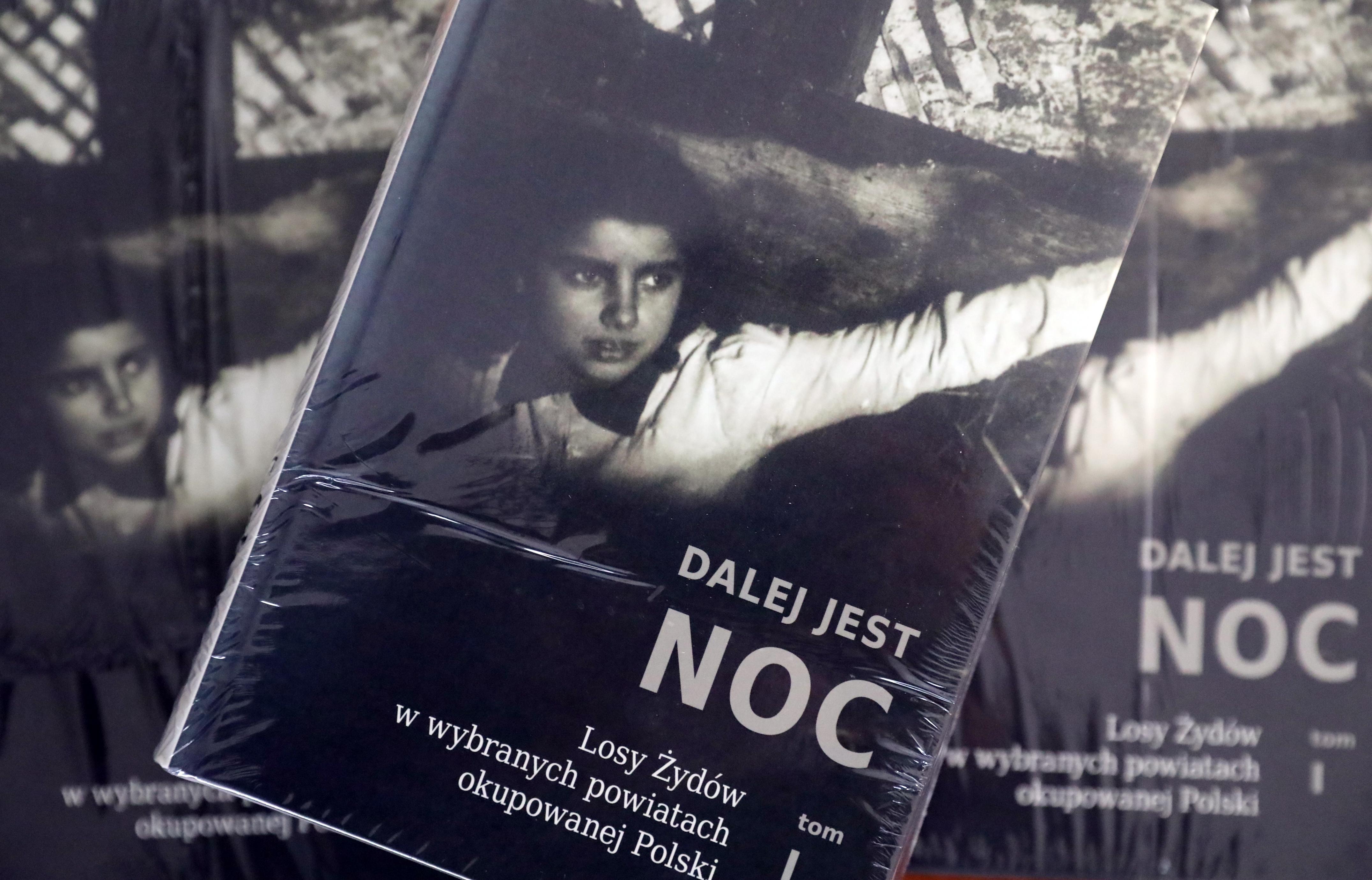 The case centred on a 1,600-page, two-volume historical work, Night Without End: The Fate of Jews in Selected Counties of Occupied Poland, which charts the fate of Jews in occupied Poland, particularly those who escaped from ghettoes or transports and tried to survive among the Polish population.Tomasz Gzell/PAP

Filomena Leszczyńska sued Grabowski and Engelking for an excerpt in the book which she claimed “defamed the memory” of her uncle Edward Malinowski.

Leszczyńska demanded an apology, including an admission by the authors that the aim of the whole work was to accuse Poles of murdering Jews.

The trial, which began in October 2019, revolved around a single paragraph from the book about Estera Drogicka, a Jew from Drohiczyn, who escaped from the Germans after the liquidation of the ghetto in 1942 and who, having lost her family, turned for help to village leader Malinowski.

According to evidence presented in the book, Malinowski helped her to survive by arranging for her to pass herself off as a non-Jew.

However, the book accused Malinowski of stealing from her and being an accomplice in the deaths of several dozen Jews in the town.

The passage in question read: “Estera Drogicka (née Siemiatycka), having lost her family, and having obtained identity documents from a Belarusian woman, decided to report to Prussia for labour, in which she was helped by the village leader of Malinowo, Edward Malinowski (who then also robbed her) – in December 1942, she came to Rastenburg (Kętrzyn) as a domestic in a German Fittkau family. 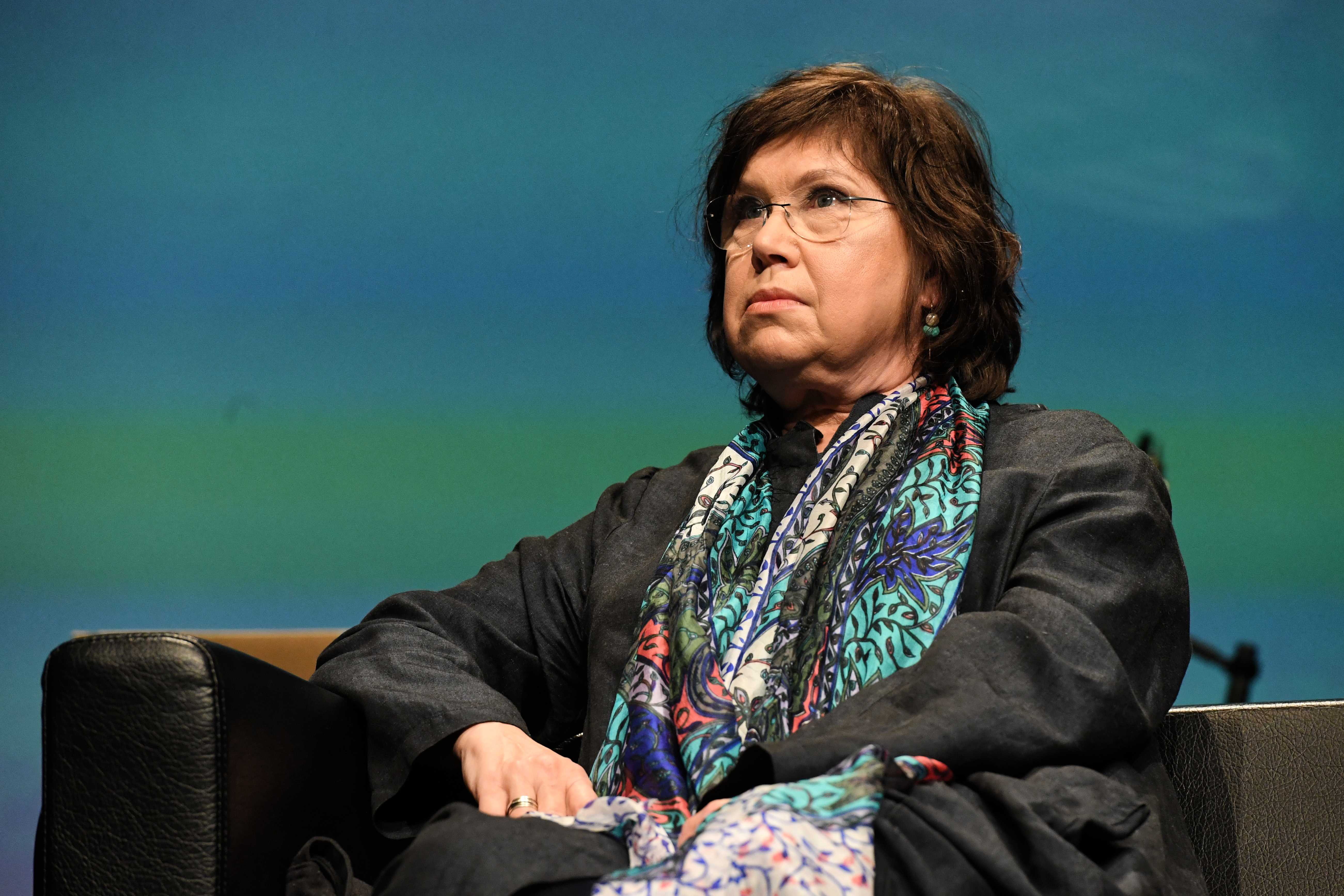 The chapter that gave rise to the trial was written by Professor Barbara Engelking, the founder and director of the Polish Centre for Holocaust Research in Warsaw.Jacek Bednarczyk/PAP

“Not only did she meet her second husband there (a Pole who also performed forced labour there), but she also became engaged in trade, sending Malinowski parcels with various things for sale. She visited Malinowski when she went on a holiday “back home.”

“She was aware of his complicity in the murder of several dozen Jews who had been hiding in the forest and then denounced to the Germans, yet during his postwar trial she gave false testimony in his defence.”

Leszczyńska claimed that the researchers got two things wrong. Firstly, that Drogicka sent things for sale to her uncle. Secondly, that he handed over several dozen Jews to the Germans.

On the trading between Drogicka and Malinowski, Engelking admitted that she had made an error in attributing to village leader Malinowski the trading with Drogicka.

Drogicka had written a letter to village leader Malinowski after she was deported to work in Germany. However, the post office delivered it to another inhabitant of the same village with the same name and surname.

Drogicka and the other Edward Malinowski continued to correspond and the couple traded with each other. 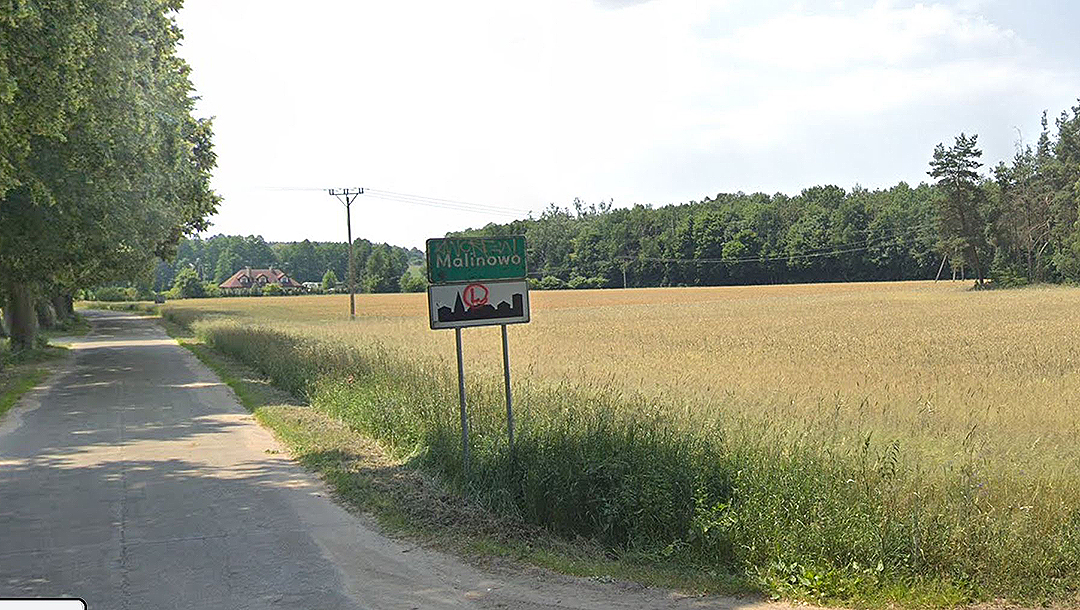 The book says that mayor of Milanowo, Edward Malinowski was complicit in a massacre of Jews during WWII.Google Maps

On the second issue, Leszczyńska claimed that Engelking and Grabowski slandered her uncle by accusing him of collaboration with the Germans by handing over Jews to them who were later murdered.

She cited a court ruling from the 1950s that acquitted Malinowski of charges of collaborating with the Germans and pointing out that he helped Jews by hiding them.

Leszczyńska claimed in her indictment that Jews, including Estera Drogicka travelled from Białystok, Wrocław and Warsaw to the court specially to testify in favour of Edward Malinowski.

Barbara Engelking claimed in the book that although the village leader was acquitted, it happened in unclear circumstances writing that before the trial people who were ready to testify against Malinowski were beaten.

At the trial, Engelking explained that survivors were in a difficult situation after the war and were sometimes forced to whitewash their tormentors.

Engelking based her statement accusing village leader Malinowski of handing over dozens of Jews to the Germans on the later account given by Drogicka to the Shoah Foundation in 1996. 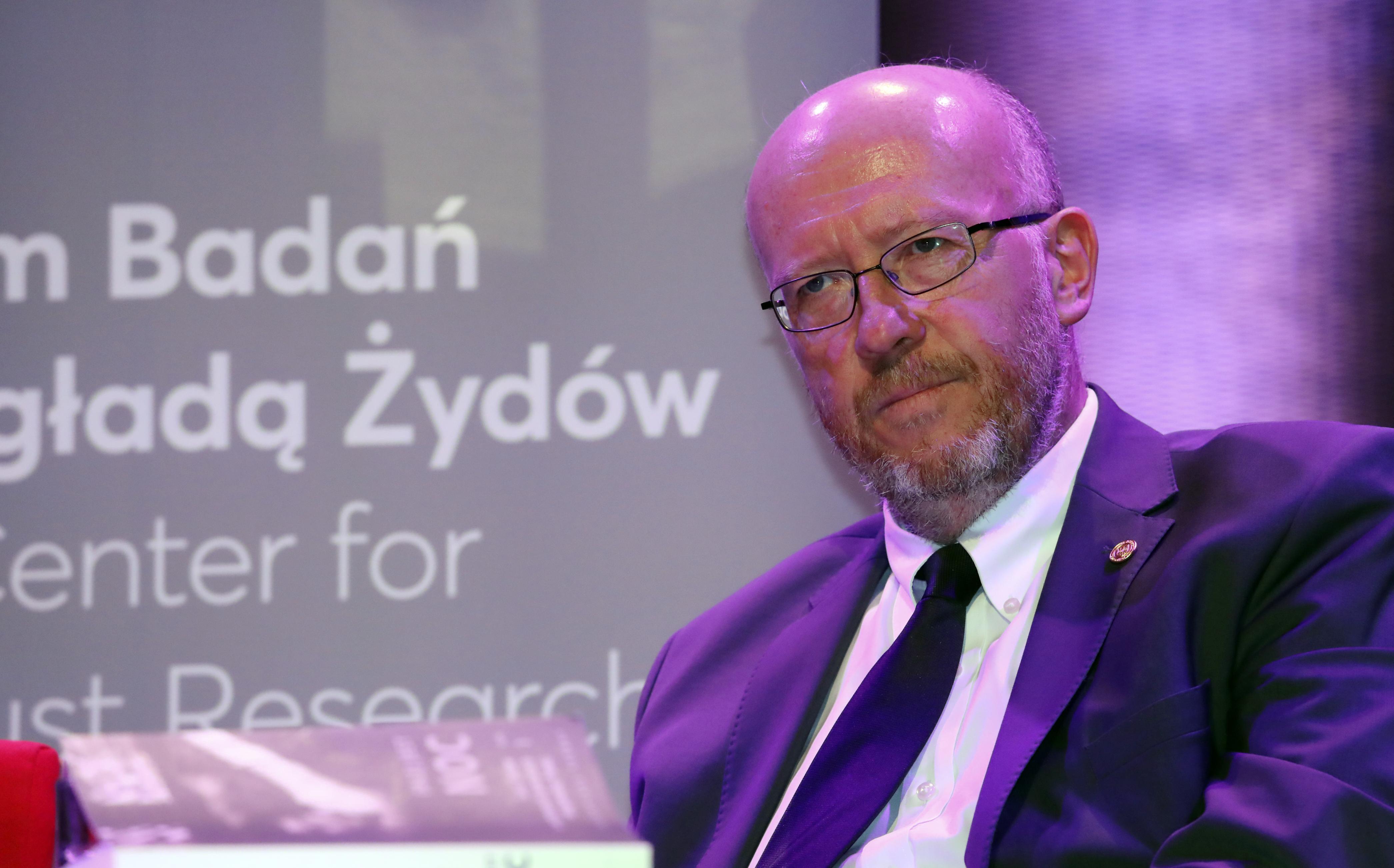 Following the court decision, Professor Jan Grabowski who edited the book said: “I respect court judgments, but I find it difficult to agree with this one. I hope that our arguments will be accepted in the appeal.”Tomasz Gzell/PAP

Judge Ewa Jończyk giving her ruling at the Warsaw District Court said that Engelking was not critical enough of this later account of Estera Drogicka.

She stated that Engelking did not juxtapose it with the fact that several decades earlier Drogicka had defended Malinowski before the court of the People's Republic of Poland.

According to the court, the uncritical “quotation of the statements of a person who has presented their fate in various ways should raise doubts as to how his words should be interpreted.”

She added that the court in was not interested in determining the history of either Estera Drogicka or village leader Edward Malinowski.

Finding in favour of Leszczyńska, the court ordered the researchers to post a statement on the website of the Holocaust Research Institute.

In it, they are to write that they apologize to Filomena Leszczyńska for “violating his honour” by “providing inaccurate information” about the fact that during the war he robbed a Jewish woman and contributed to the death of Jews who were hiding in the woods. 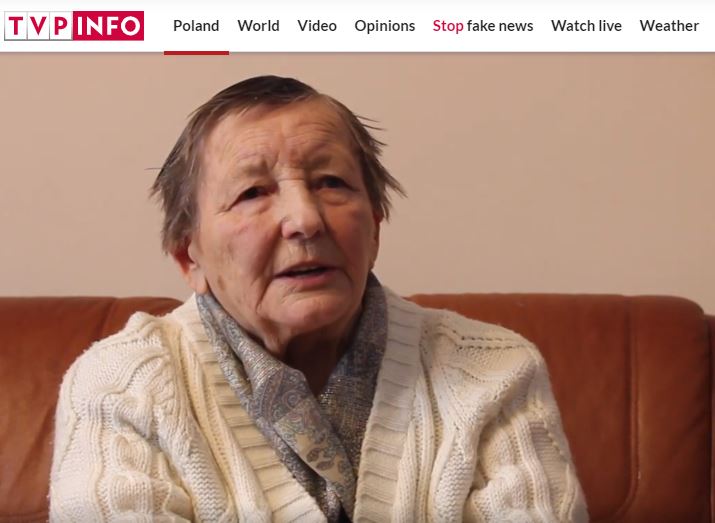 Filomena Leszczyńska said: “I was appalled that someone had the nerve, so many years after all the witnesses who had testified in the first trial died, to tarnish his reputation. I found it outrageous.”TVP Info/Screengrab

They are also to send such a statement in a letter to Leszczynska. In the next editions of the book the fragment about Malinowski is to be changed.

The court rejected a financial demand that the historians pay 100,000 PLN compensation.

“The court's ruling cannot have a chilling effect on scientific research. In the court's view, the requested amount would constitute just such an effect,” Judge Jończyk said.

The court’s ruling is not final and both Engelking and Grabowski have said that they will appeal it.

Lawyer Dr. Monika Brzozowska-Pasieka who represented Leszczyńska pro bono said at a press conference: "There were quite a few inaccuracies, and in our opinion - which we have emphasised from the beginning - as a result of an improper research process, bad research methodology, wrong conclusions, and not going to all sources, the personal rights of Mrs Filomena Leszczyńska were violated".

Immediately after the court decision was announced, Professor Grabowski said: “I respect court judgments, but I find it difficult to agree with this one. I hope that our arguments will be accepted in the appeal."