Iga Świątek brushed aside her opponent Sofia Kenin in straight sets to become the first Pole to win one of the coveted grand slam titles, in a victory already being hailed as one of the greatest achievements in the history of Polish sport.

The 19-year-old’s 6-4, 6-1 victory was all the more remarkable given that she had entered the French Open unseeded and little known in the tennis world.

But her surprise triumph in Paris will now thrust the teenager from Warsaw into the global spotlight and make her an overnight sensation.

Up till now, Świątek has been the lady in waiting. But following her triumph on the clay courts of Paris, where she did even drop a set, the crown now rests firmly on her head. 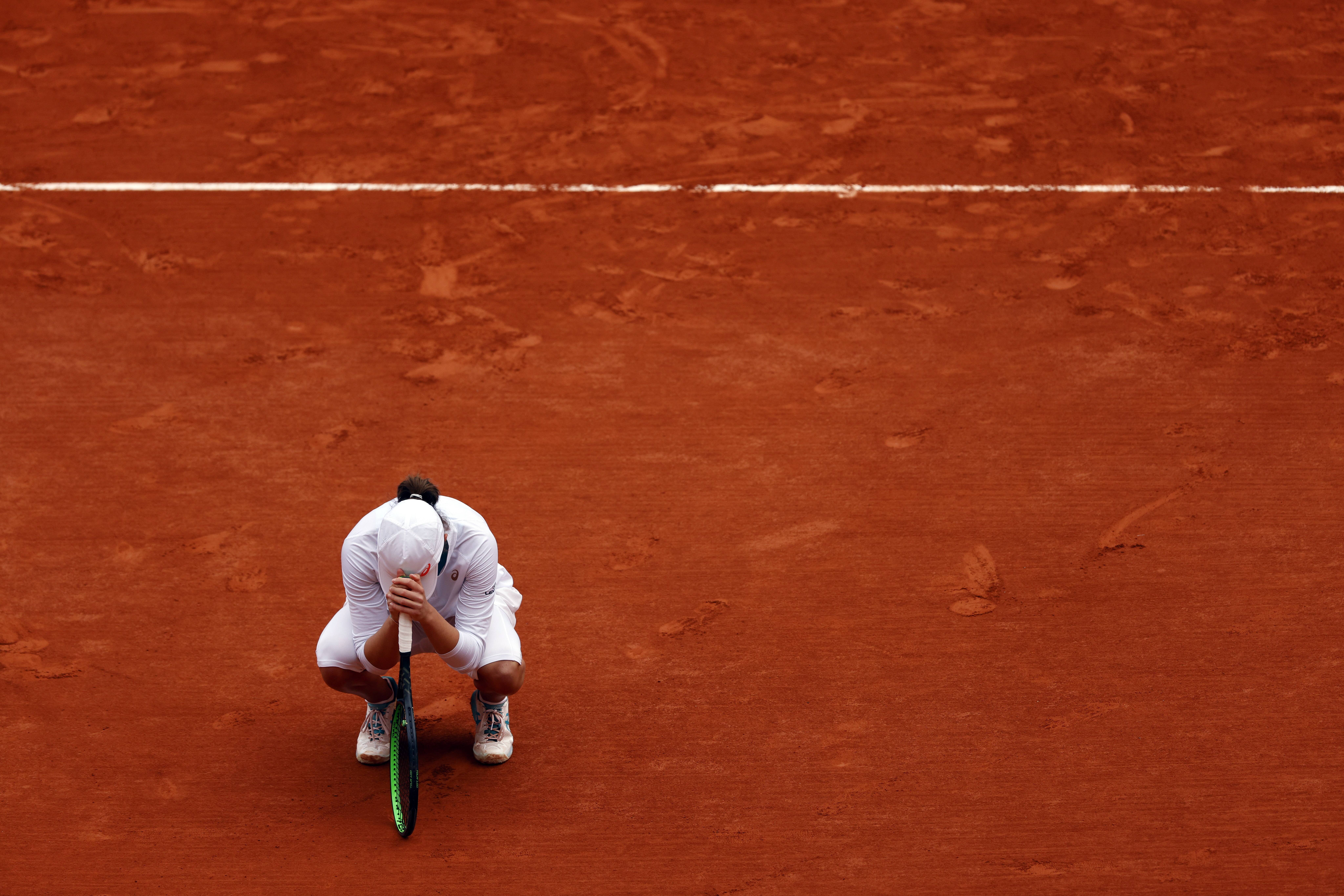 Her victory makes her the first Pole to pick up a grand-slam singles title.Yoan Valat/PAP/EPA

“I have a lot of features that help in sport and hinder my life: I am stubborn, I impose my opinion on others, I dominate,” she has said about herself.

Sport runs deep in the Świątek family. Her father, Tomasz, was a rower, and he even went to the 1988 Olympic Games in Seoul, where he competed in the quadruple sculls, coming seventh.

Initially, Tomasz wanted Iga and her three-years-older sister, Agata, to follow his passion for the water. However, Agata got an ear infection and he turned both towards the tennis court.

“The only thing I have in common with rowing is training on the ergometer after an injury. I have never done it properly; it is a very difficult sport. Dad wanted us to do individual sports. And one where you can earn something,” Iga said in an interview in Gazeta Wyborcza.

Iga started tennis when she was just five years old. Her first tennis memories come from the Warszawianka courts in Warsaw’s Mokotów district. 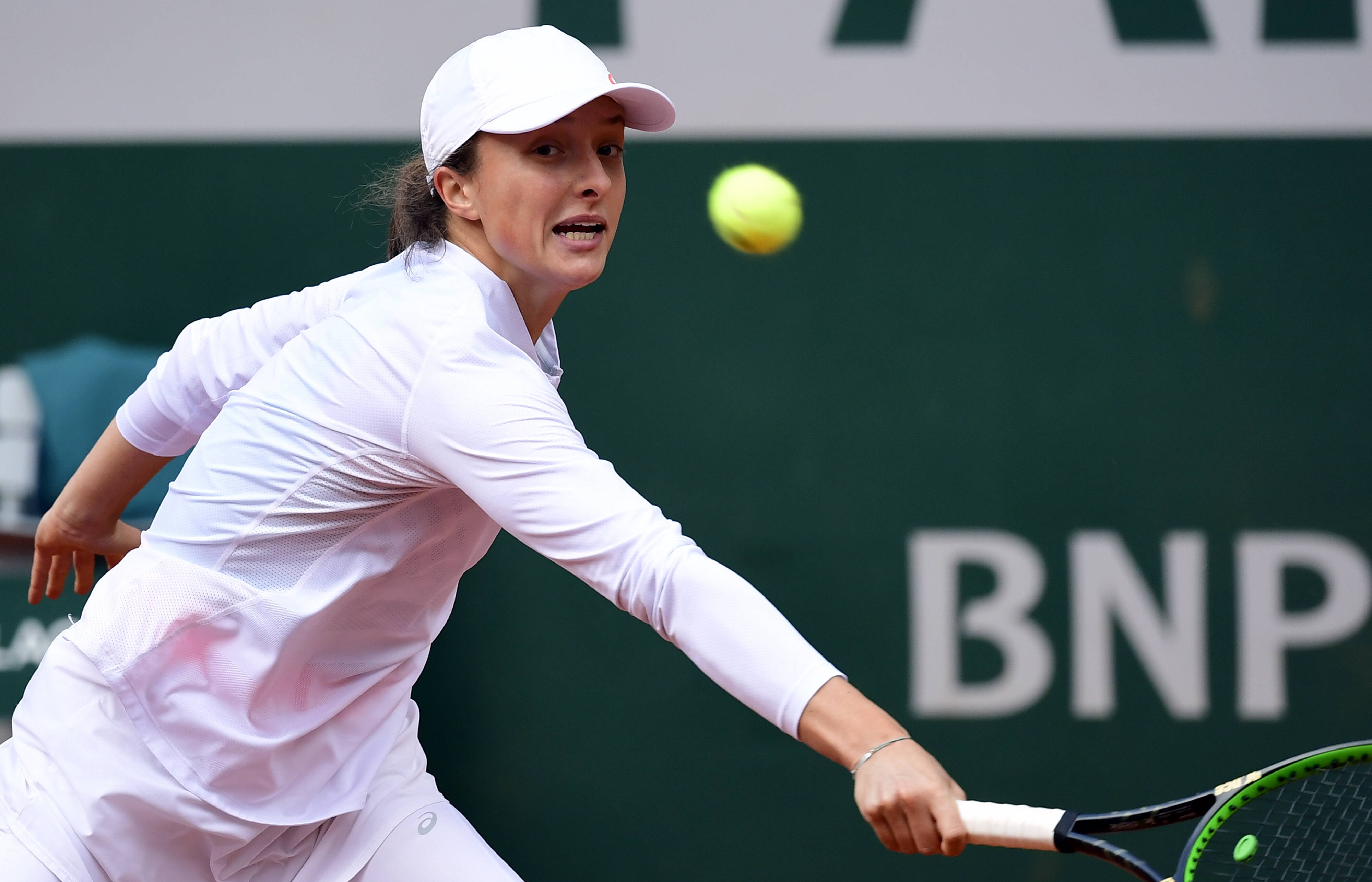 Świątek did not drop a set during the tournament.Julien de Rosa/PAP/EPA

“First, I bounced the ball against the wall with my dad, somewhere to the side. And I was watching my sister,” she said.

Competing with her older sister was a strong motivation for Iga when she was a child.

“At first, she was a rival. When I was little, I wanted to catch up with her at all costs, play like her. It was impossible because she is three years older, stronger. With time, I understood that Agata is a model of diligence and conscientiousness. Previously I lacked these qualities,” Iga said.

Agata went as far as the ITF junior tour, but an injury ended her career. She is now studying to be a dentist.

After Agata, Iga’s father was careful not to repeat mistakes and he didn’t train her himself but put her in the care of professionals, which rarely happens in case of former athletes. 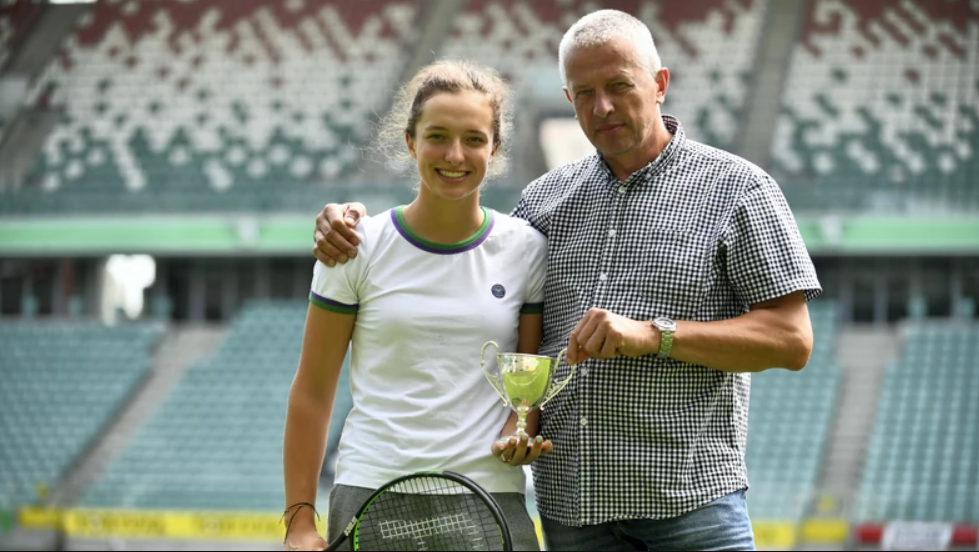 Iga with her father Tomasz, a former Olympic rower.Iga Świątek/Instagram

After those early years at Warszawianka, Iga moved on to train at Mera Warszawa and then at Legia Warszawa.

Her first significant successes came in doubles. In 2015, Iga Świątek together with Maja Chwalinska won the junior European doubles and in 2017, the teenagers advanced to the final of the Australian Open in doubles.

A major success came in 2018, when she won the junior Wimbledon singles and at the French Open she won the doubles with Caty McNally.

In her professional career she won her debut ITF tournament in Stockholm at the age of 15. She later triumphed in Bergamo, Montreux and Budapest.

Her best results in grand slams before Paris were reaching the fourth rounds in the French Open 2019 and Australian Open 2020. 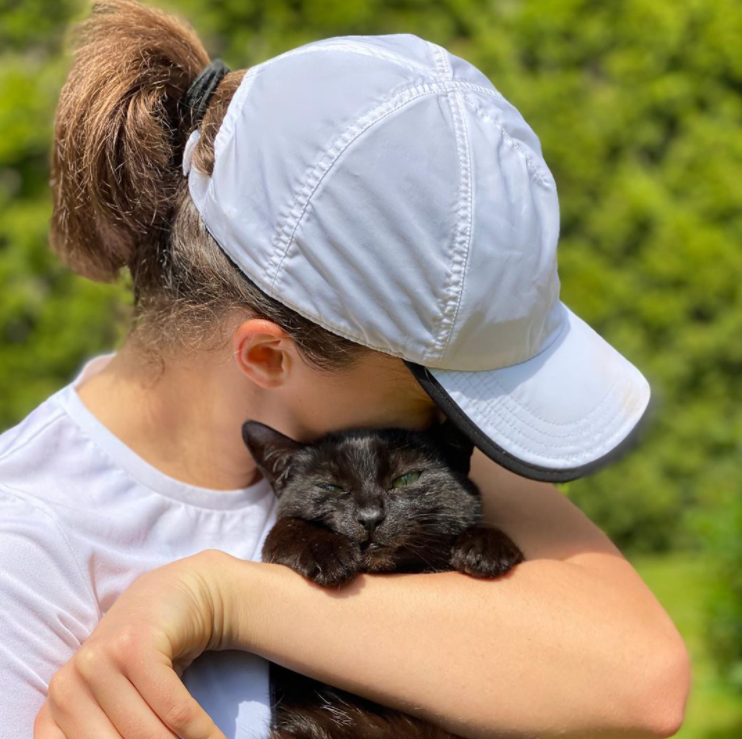 Away from the courts the tennis star is something of a cat lover.Iga Świątek/Instagram

Despite the comparisons with Radwańska, Iga in fact has a totally different playing style.

According to commentator and former pro Joanna Sakowicz-Kostecka, “Iga is all about strength. She likes to rule, she likes to dictate everything. Agnieszka liked to play on the break, she liked to play with finesse.

“But she also has instinct. She finishes points quickly, in three shots. This gives her an advantage over players who lack this instinct, who calmly wait for a 100-percent opportunity to take the initiative,” she added.

Iga has described her own playing style on clay as "a big serve, topspin, and backhand down the line". 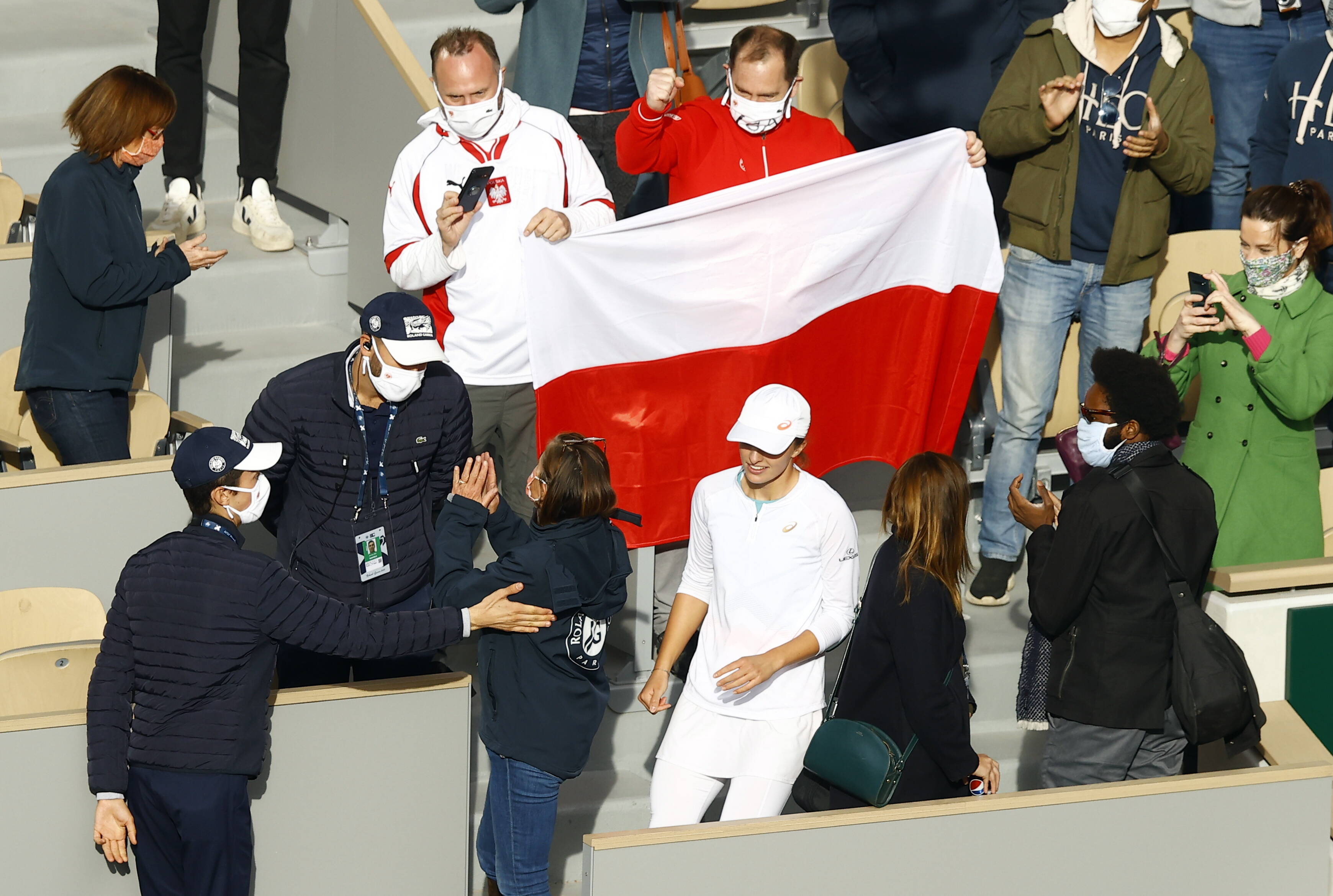 Friends and family unfurl the Polish flag in her honour.Ian Langsdon/PAP/EPA

Praise for the Warsaw girl’s game has come in thick and fast. Chris Evert, the 18-times Grand Slam winner, said, “I have not yet seen such a versatile 19-year-old girl - you can't help but admire the Polish tennis player Iga Świątek.”

Iga’s success this season has provided her with more financial stability. Her current career earnings are EUR 425,250. However, finalists of the tournament at Roland Garros receive EUR 800,000 and the winner gets EUR 1.6 million.

However, tournament earnings are only the tip of the iceberg. According to experts, in terms of marketing potential, Iga is currently number one among young Polish athletes.

“This is due to her repeated sporting achievements, the scale of success and media interest. She is certainly not a comet that appeared only yesterday,” said Grzegorz Kita, head of Sport Management Polska. 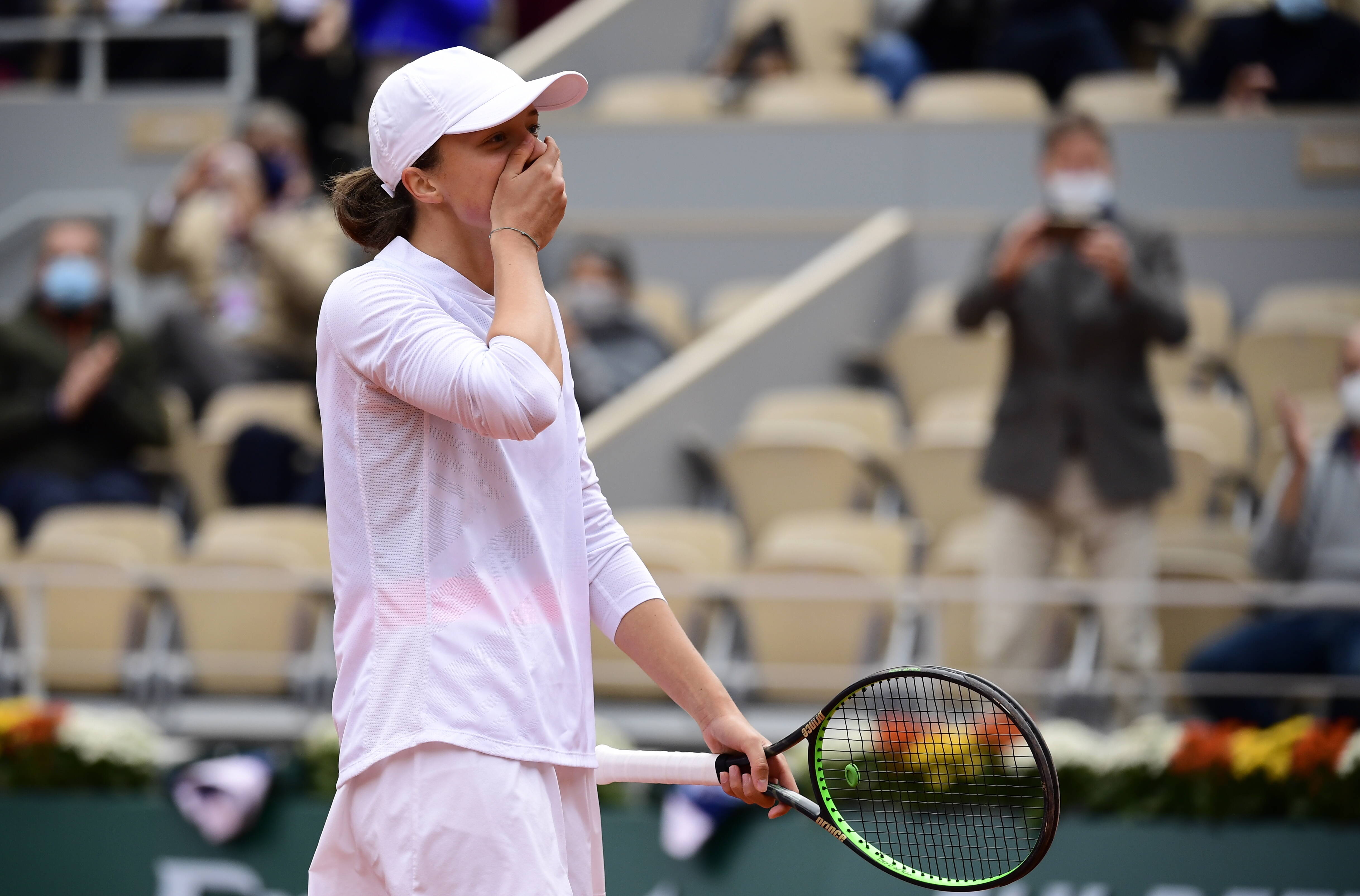 Moment of victory. Świątek comes to terms with her win.Julien de Rosa/PAP/EPA

“Today, I estimate that for a single campaign with Świątek she could earn PLN 300,000,” he added.

This financial success has not meant that Iga has ignored her education. Earlier this summer, she took to social media to boast about graduating from high school. Her results were impressive, with 83 percent in Polish language and 100 percent in English.

“When I used to travel to tournaments, my coaches listened to that kind of music, so it stayed with me, I liked it,” she recalled.

Before each game at Roland Garros these last two weeks, Iga got herself pumped up by listening to Welcome to the Jungle by Guns N’ Roses. To wind down after matches, she listens to jazz. 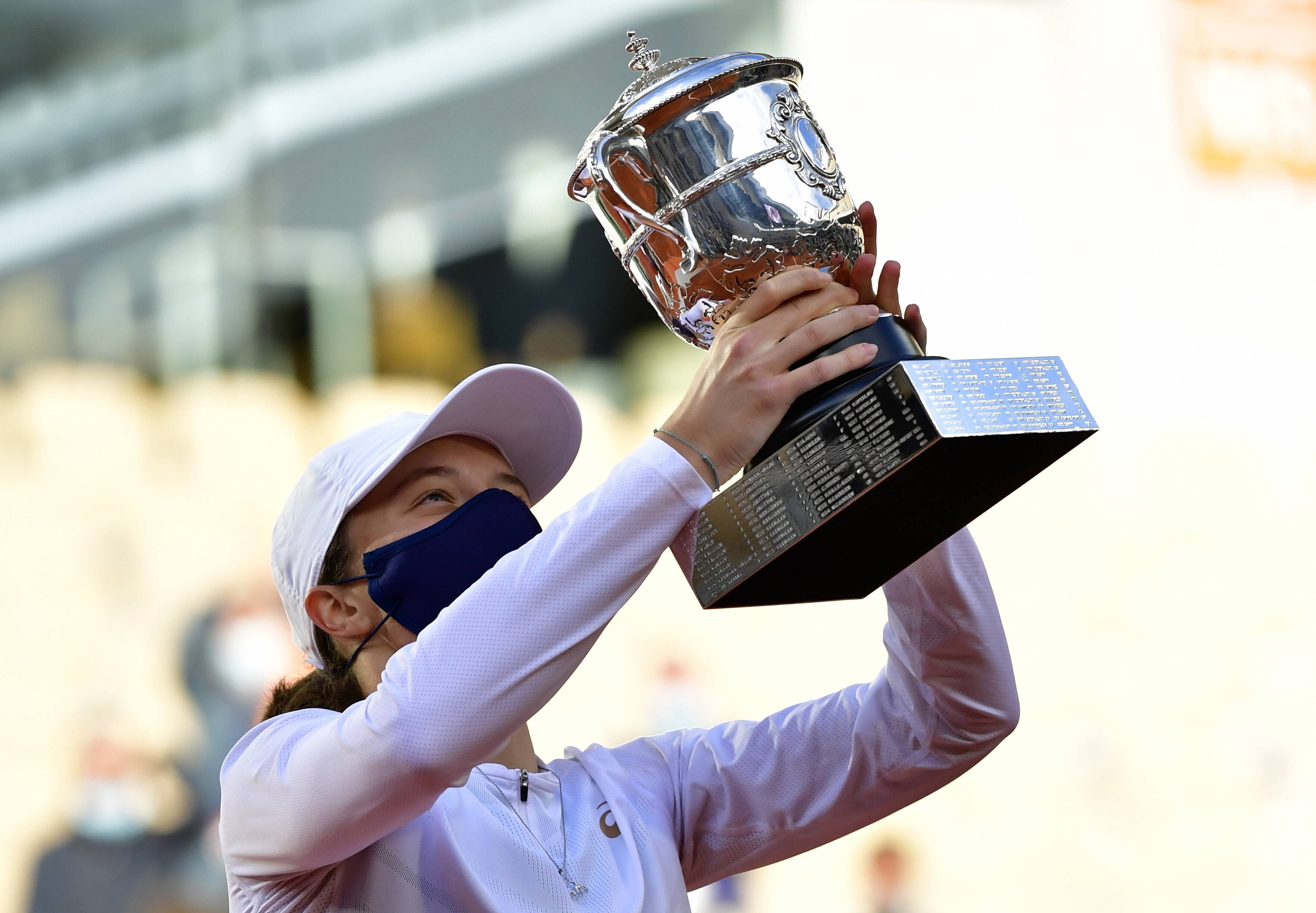 Świątek has set her sights on winning all four grand slams.Julien de Rosa/PAP/EPA

Away from the court, Iga is a cat lover, with just one moggy named Grappa, who lives with her at her home in Raszyn near Warsaw.

When she’s there, she loves watching Mad Men on TV. “The series has a nice retro atmosphere, because it takes place in the 1960s, but also shows the beginnings of the advertising industry in America,” she commented.

As for reading, she liked Ildefonso Falcones' ‘Cathedral of the Sea’. She also reads Ken Folletts' historical novels “These are usually thick books, so sometimes I feel I need something lighter. Then I read Dan Brown or some crime stories, for example,” Iga said.

Last year, she calmly told reporters that her goal is to win all of the four grand slams. With one now under her belt, more could follow.