Goodbye to all that: travel highlights from the year just gone

As 2020 croaks and coughs towards the finish line (bye bye!), the sense of universal relief is palpable – but from a personal point of view, it could have been a whole lot worse were it not for the following…

Without fail, the wisest decision I made in 2020 was to extend my January break to include a cheeky side-trip up to a place named Dwór Dawidy. Completed around about 1730 to serve as a hunting lodge for a family of distinguished Prussian aristocrats, a tender restoration has since seen this manor house transformed into a rustic breakaway courtesy of the charismatic Jan Kozlowski. 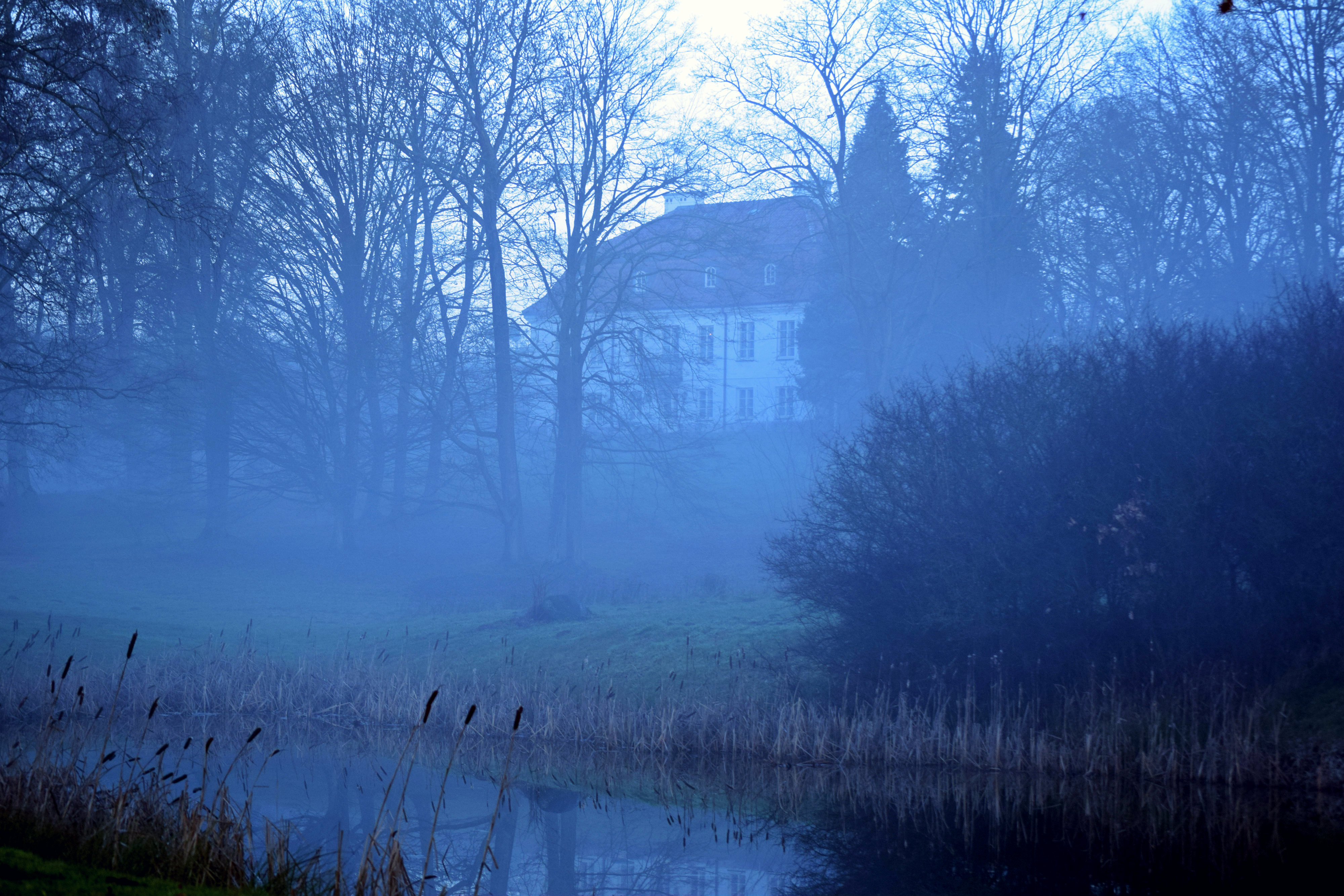 Completed around about 1730, Dwór Dawidy once served as a hunting lodge for a family of distinguished Prussian aristocrats.Alex Webber/TFN

Subtly accented with trinkets saved from his various Northern African adventures, it was everything I wanted and a little bit more: a place of creaking, shuddering stairwells, tall, frosted windows and high-ceilinged chambers filled with travel trunks and candles. Surrounded by hunting trophies and sepia photographs of monocled nobility, it was here that I was allowed to fully engage in my favourite pastime: dozing in front of a fireplace surrounded by books about ghosts and bottles of wine. 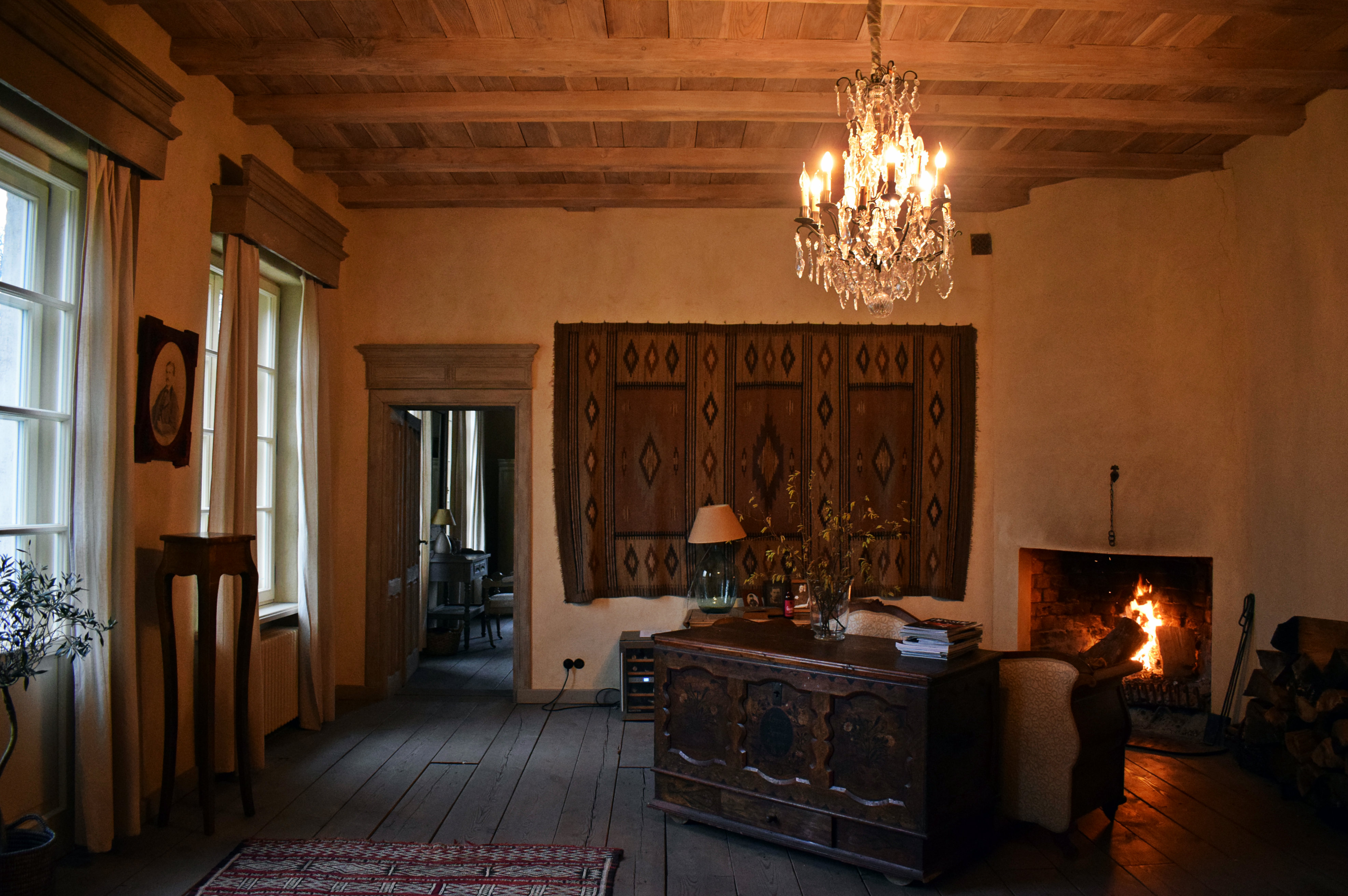 Surrounded by books and bottles, Dwór Dawidy lends itself to the enjoyment of the slow life.Alex Webber/TFN

But while it was the promise of midnight tipples and misty forest walks that originally attracted me, I found much else to keep me from idle. It was here I came eyeball-to-eyeball with some of Poland’s finest creatures (a moment that turned me vegan for all of, erm, twelve hours), discovered the little-known Gothic town of Pasłęk and learned to appreciate the ample curiosities of the nation’s youngest old town: the often bizarrely rebuilt heart of Elbląg. 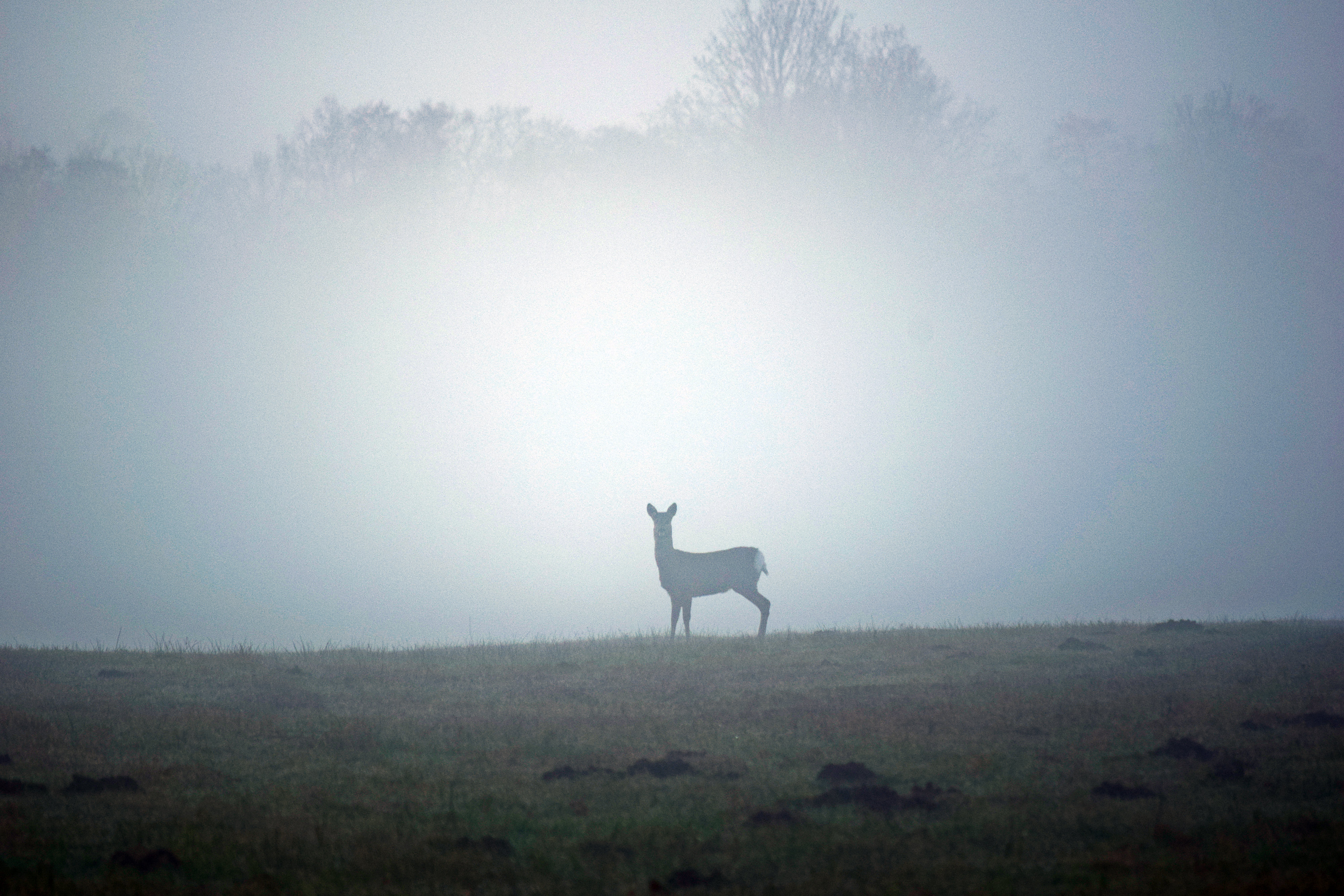 Misty walks lead to eyeball encounters with some of nature’s finest.Alex Webber/TFN

Throughout my life, my role models have been bears: Paddington, Fozzie, Yogi to name but a few. Then, outside the realm of fiction, there’s Wojtek, a beer drinking hero that famously lugged ammo for the Polish II Corps.

But whilst the story of Wojtek has been retold zillions of times over, lesser known is that of Baśka Murmańska, a polar bear that preceded Wojtek by doing her bit for the Polish armed forces. Yep, I’d never heard of her either, at least not until a fleeting daytrip took me to Modlin. 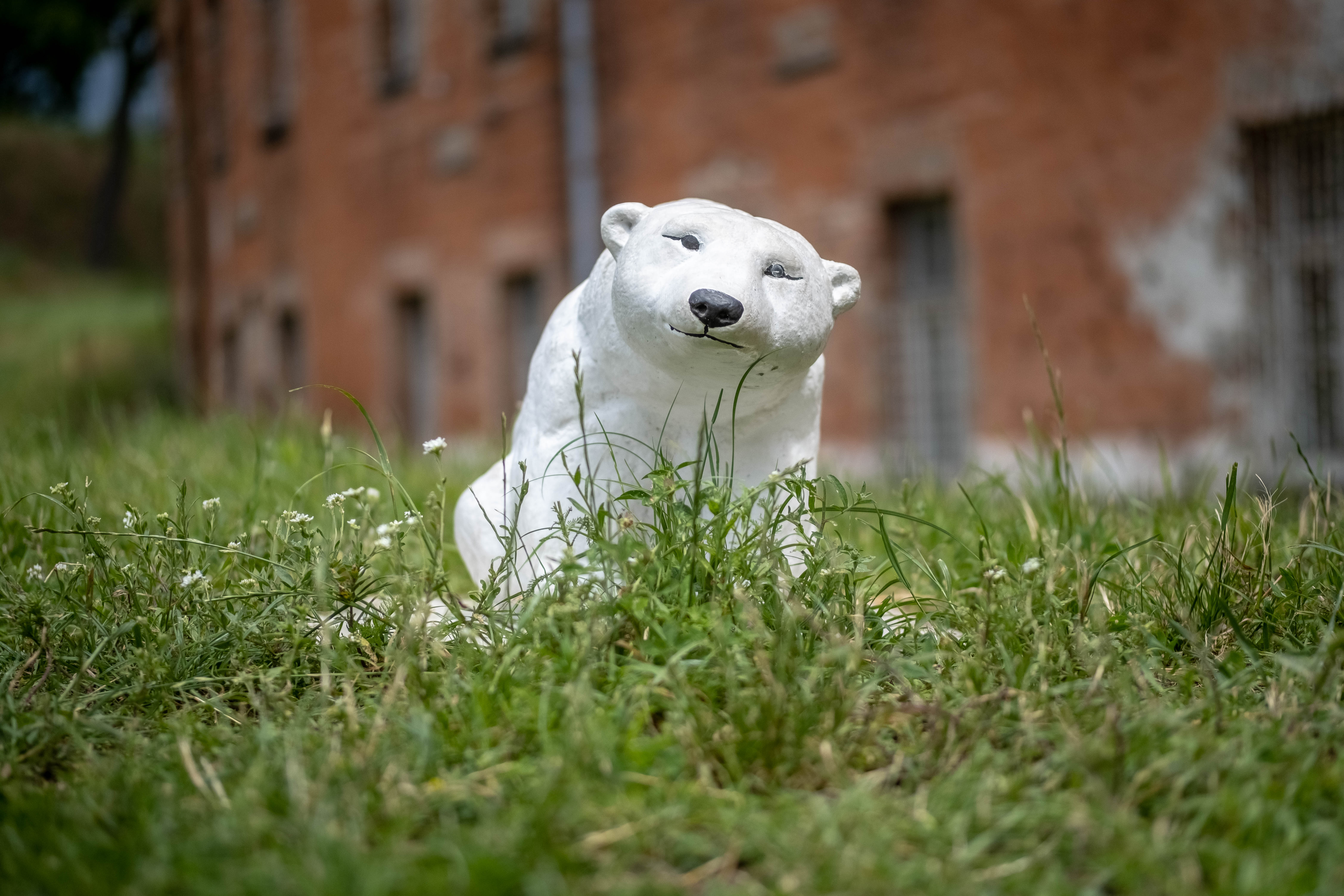 Her story is thus: in 1919 a Polish battalion found itself stationed in the remote Russian port of Archangelsk as part of a multinational coalition. Entranced by a local girl, and keen to outdo a rival Italian officer that kept an Arctic Fox as a pet, a young Polish officer bought the polar bear at a market in a bid to impress. What could go wrong? Lots.

Implicated in the savage death of Milord, a bulldog owned by a stiff British general, the bear – named Baśka – was enrolled into the unit to save her from trial and execution. To cut a long story short, from there she followed the battalion back to Poland (at one stage playing a starring role in a Gdańsk barroom brawl) where she lived at Modlin Fort before being accidentally shot by a startled farmer. Rivalling Wrocław’s gnome trail, today she’s remembered via a string of miniature figurines that have been scattered through the town.

Once coveted by Prince Charles, it was to Zamek Sarny I headed once the first lockdown ended. Built in 1590 for the German Counts of Götzen, its recent-ish purchase by a Polish consortium featuring a former Bloomberg hack and a group of Warsaw lawyers has seen its stately shell gradually revived. 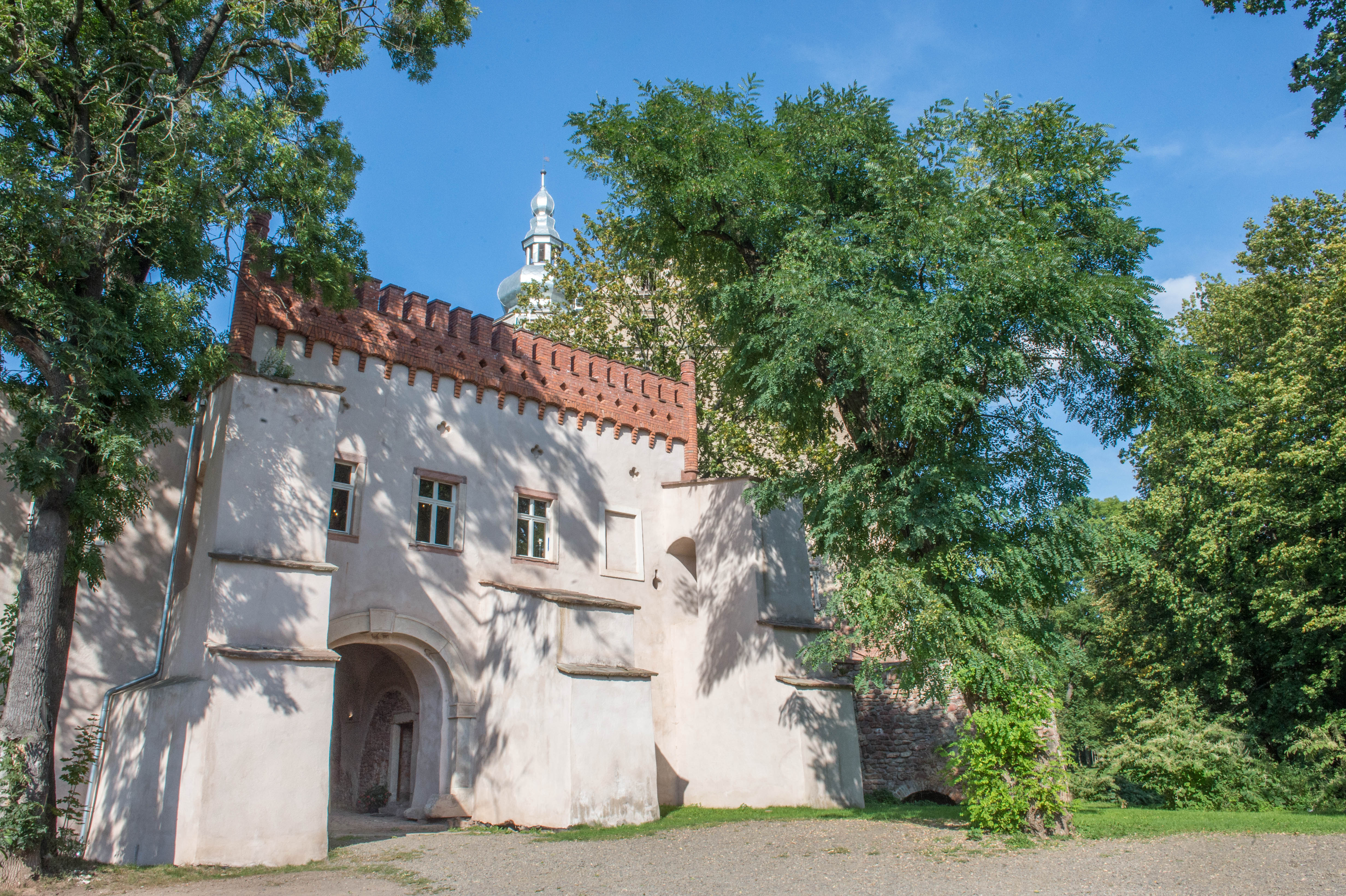 Built in 1590 for the German Counts of Götzen, Zamek Sarny was once coveted by Prince Charles.TFN

Though very much still a work in progress (“Another fifteen years,” guesses co-owner Marcin Sobczyk), what’s been done is impressive enough: a lavishly refurbished gatehouse café with terrace views of the distant hills; stylish accommodation given a minimalist Italian edge; and not least a loving restoration of an18th century chapel. 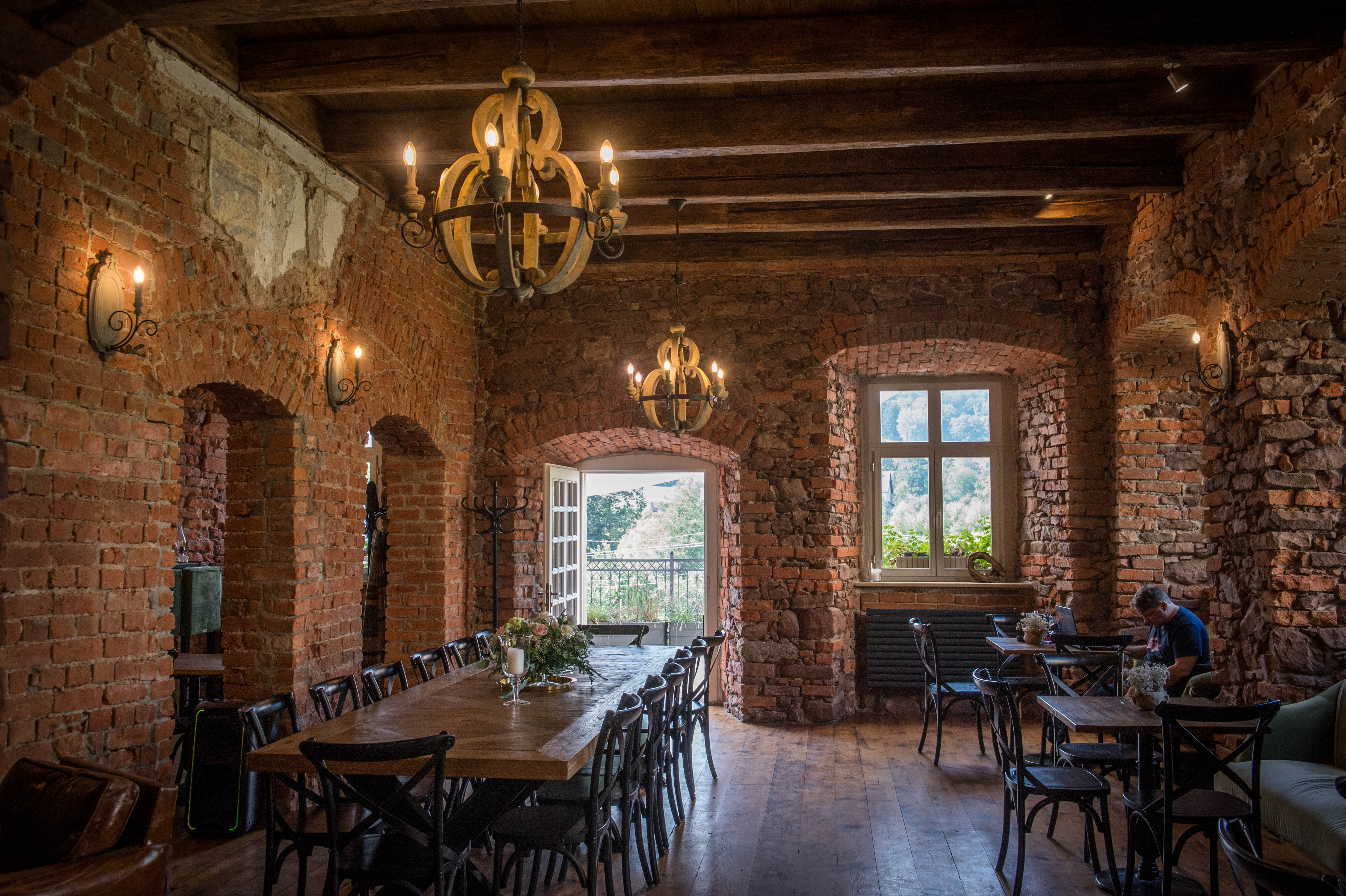 Adorned with intricate and life-like reliefs, it’s in this chapel you find yourself staring up to a ceiling that lends the illusion of being sucked towards the heavens. Magnificent. 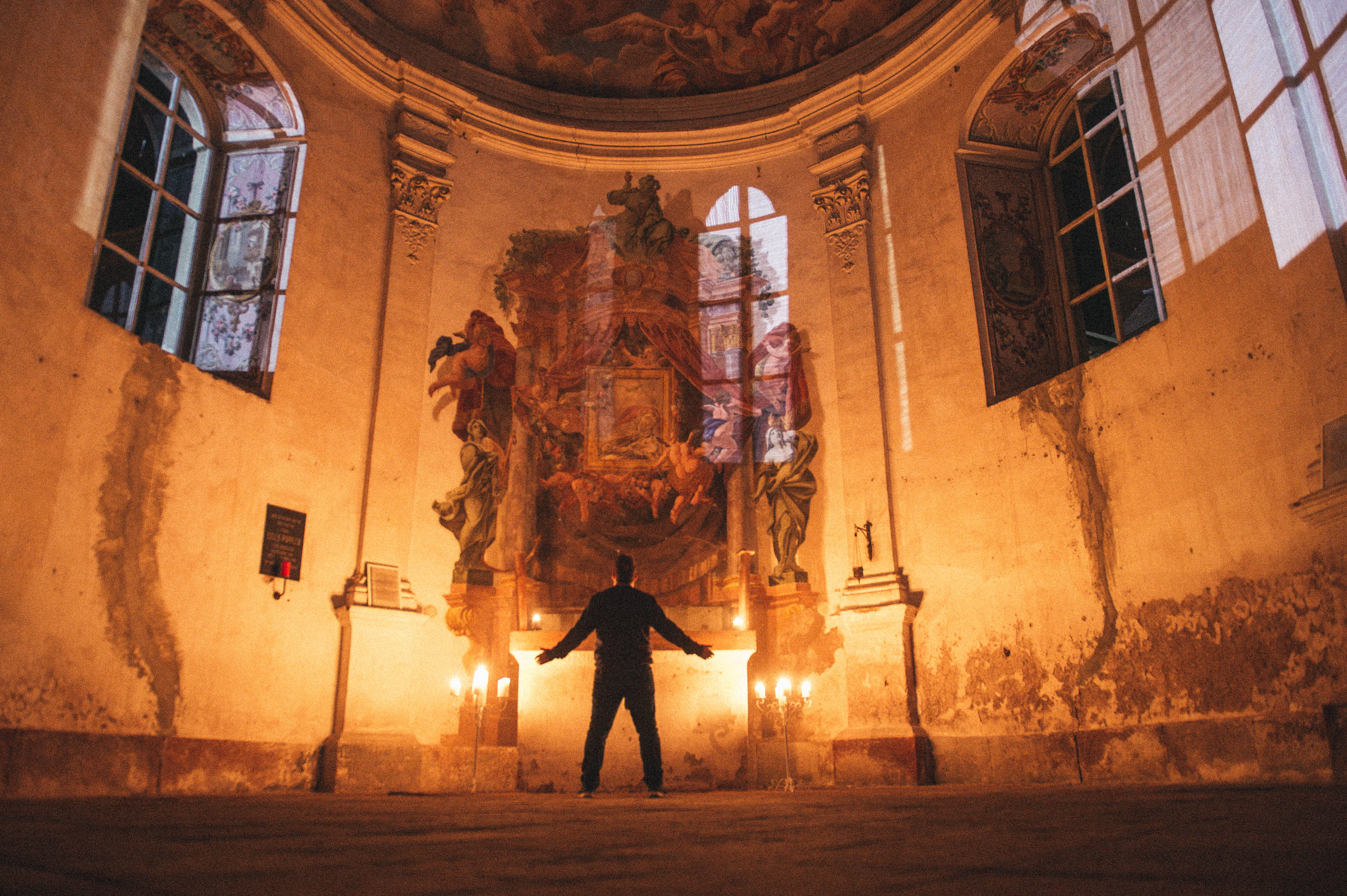 Adorned with intricate and life-like reliefs, the 18th century chapel has been renovated in magnificent style.TFN

And it was memorable in more ways than one. Following an emergency (we ran out of booze), a midnight dash across the border took TFN’s team to the Czech town of Broumov where we fell foul of a wicked misunderstanding. Requesting wheat beer, we found ourselves presented with weed beer instead. Flagons of the stuff.

In the ensuing demented delirium, more drama followed: temporarily locked out of the castle on our return (Life Lesson Number Whatever: always check for wide open gates before calling the owner), we fell – literally – into the chapel, spending hours marvelling at the celestial, candle-lit beauty of the scene right ahead.

As tempted as I am to call Pałac Osowa Sień my favourite stay in Poland, doing so would be a gross disservice: forget PL, it’s my favourite stay ever. Prone as I am to the occasional exaggeration (hey, I’m a journalist!), I can’t think of anywhere else that I’d actually rather be. 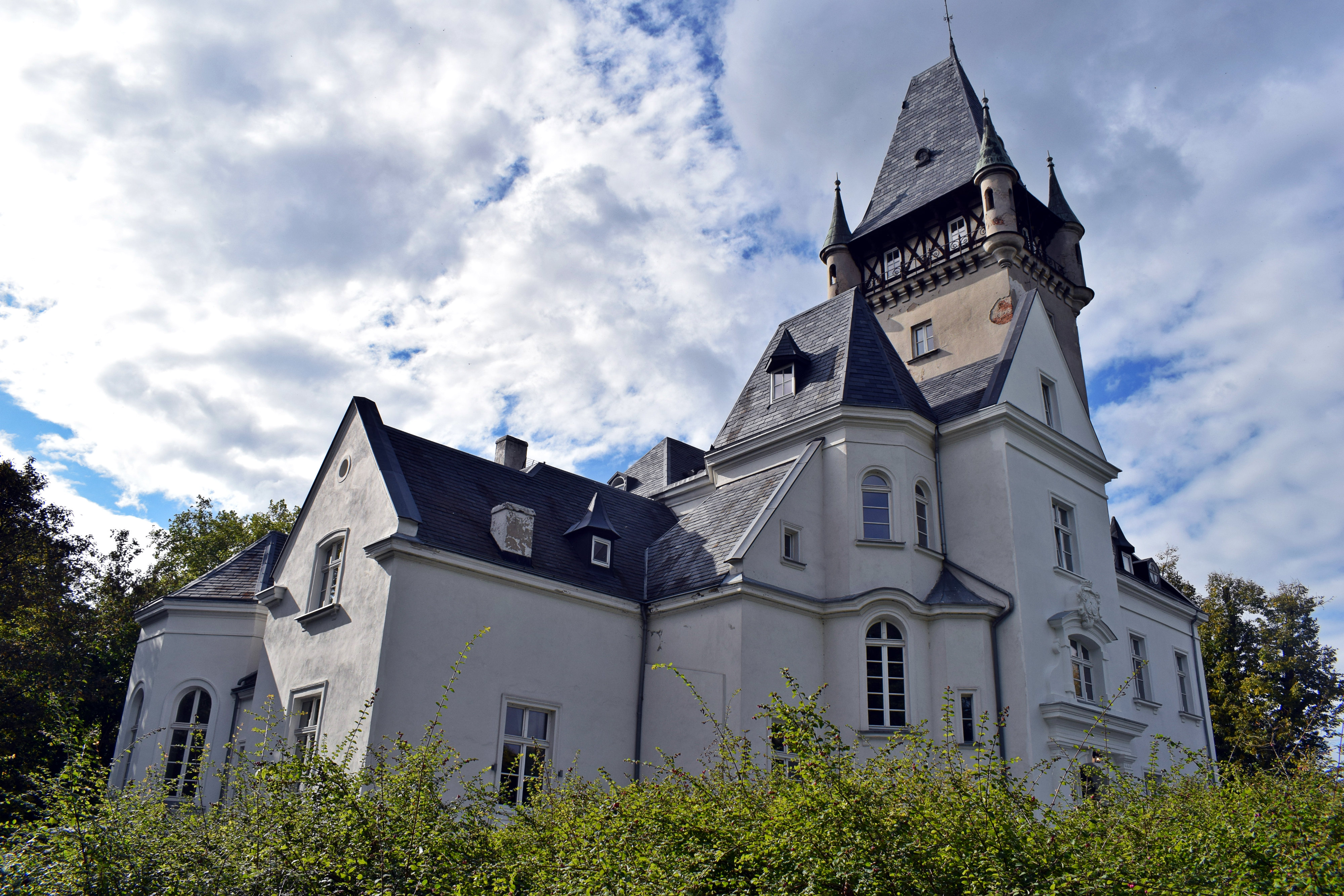 Introducing itself in a flurry of Disney-style towers and fairy tale details, this 19th century palace unwraps like a labyrinth of charms.Alex Webber/TFN

Introducing itself in a flurry of Disney-style towers and fairy tale details, this 19th century palace unwraps like a labyrinth of charms: in the basement, an intimate spa area and a vaulted wine cellar; upstairs, a welcoming lounge cast in natural light; and beyond, tastefully curated suites themed around the works of former resident, the novelist Leonie Ossowski. 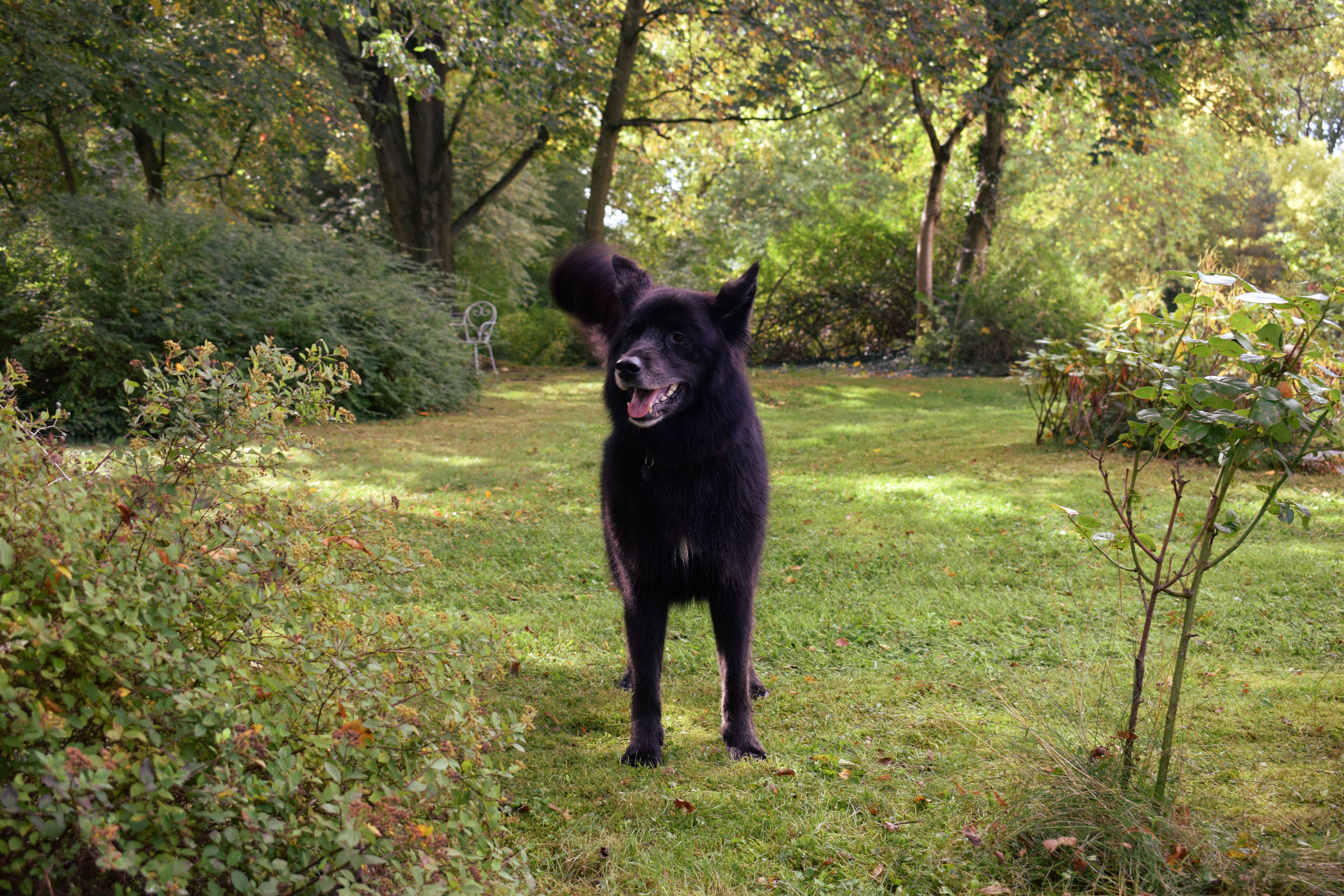 But its magnetism is more than just cosmetic. Supposedly sited on a source of high-concentrated energy, the holistic, healing vibe is ideal for retuning both spirit and soul, whilst the palace’s enthusiastic Canadian custodians imbue it with the vivacious vitality it richly deserves. Committed in their support of local artisans, the experience isn’t complete without joining them in the evening to test regional craft products in front of the fire. 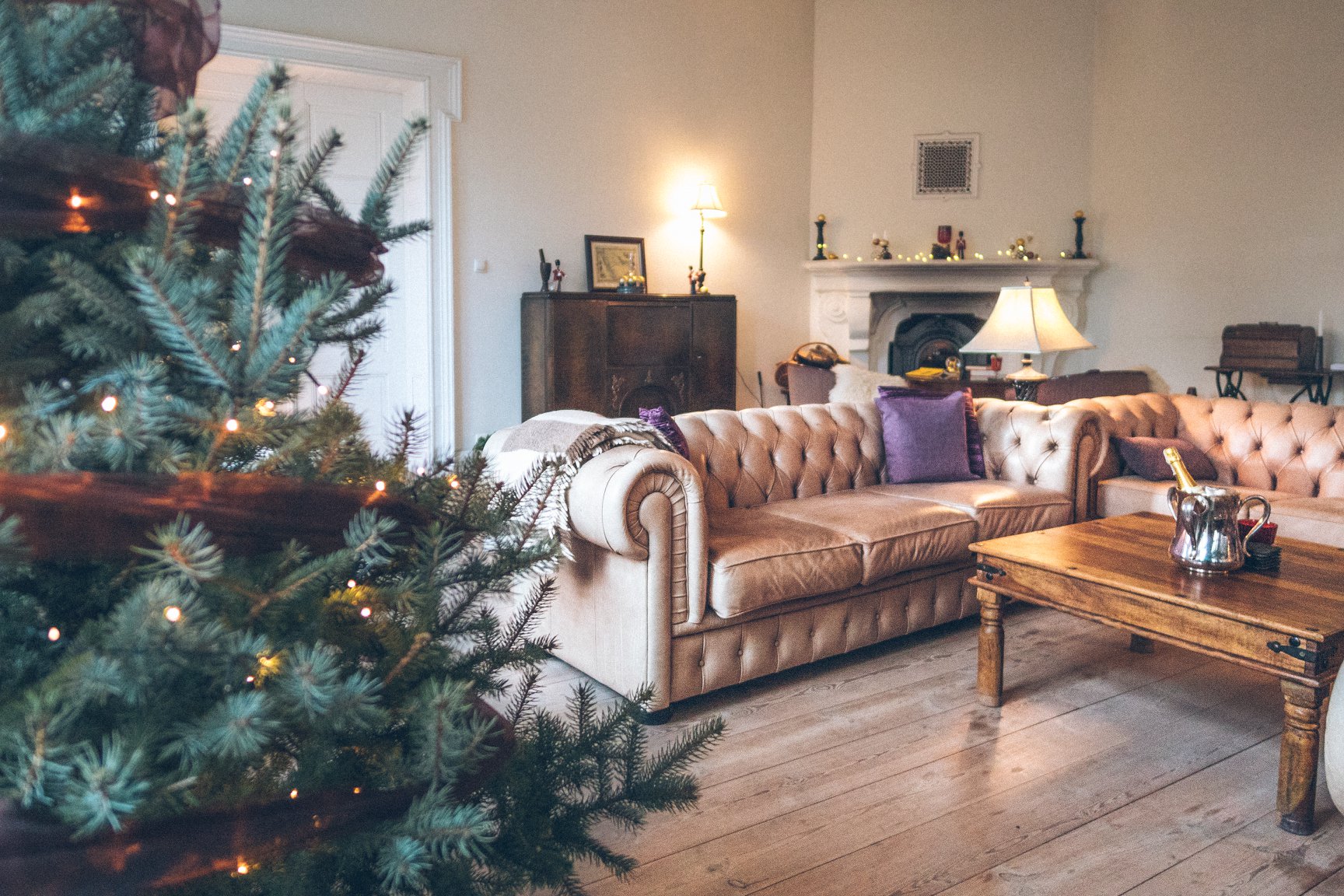 Attracted by their special deal for dog owners, I was not alone in my general approval. Finding  companionship in the shape of Mr. Doggo (the palace’s official Head of Guest Services), my own canine fiend took immense pleasure exploring the palace’s nooks and corners not to mention the English-style gardens sprawling outside.

And while it’s tempting to never leave base, the surroundings themselves offer a rich haul of bounty: the compact and picturesque town of Wschowa; the underrated old town of Leszno, itself comparable to a miniaturized, docile version of Poznań; and an array of abstract local diversions such as the grave of a witch and a statue of a cow – in a nutshell, it’s all a little dreamlike in its majesty and magic.