Widely regarded as among the most beautiful examples of wooden ecclesiastical architecture in Eastern Poland, a 19th century Orthodox church has found itself renovated to stunning effect.

Located in Pasynki, a small village eight kilometres north-east of Bielsk Podlaski, the Orthodox Church of the Nativity of St. John the Baptist was constructed in 1891 and consecrated the following year, three years after the settlement’s original church, established by Count Jan Klemens Branicki in the century previous, had burned down. 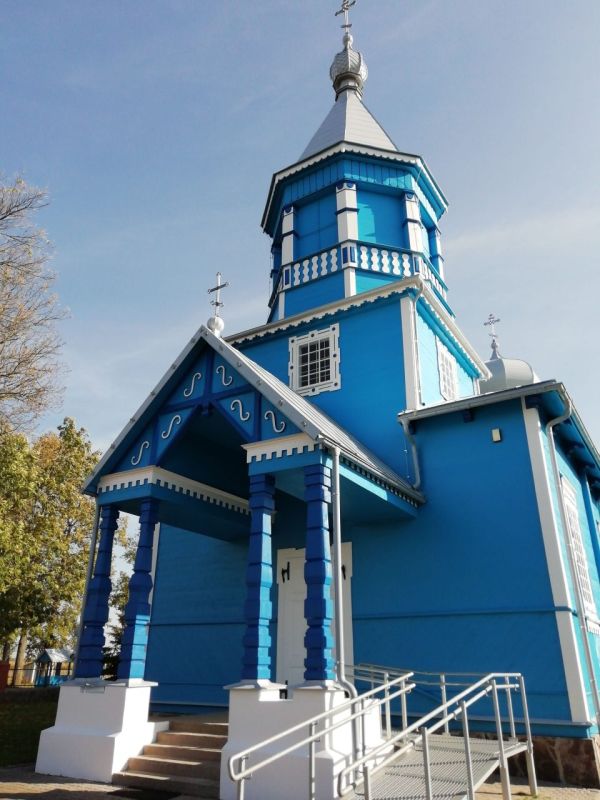 The architectural design of the church has often been hailed as being characteristic of the Polish-Belarussian borderlands.Wojewódzki Urząd Ochrony Zabytków w Białymstoku

Raised on the site of this original, and built on a stone foundation to a typically Greek-style cross floorplan, the architectural design of this replacement has often been hailed as being characteristic of the Polish-Belarussian borderlands. 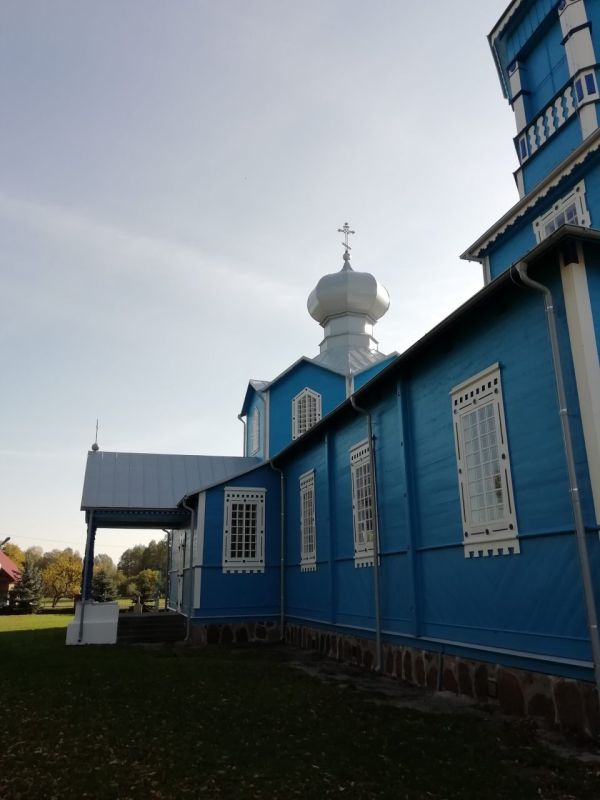 Featuring an octagonal belfry crowning a four-sided tower just beyond the entrance porch, as well as tin roofs topped with a grand dome above the nave, the church also contains stunning and elaborate polychromes first added during the 1990s. 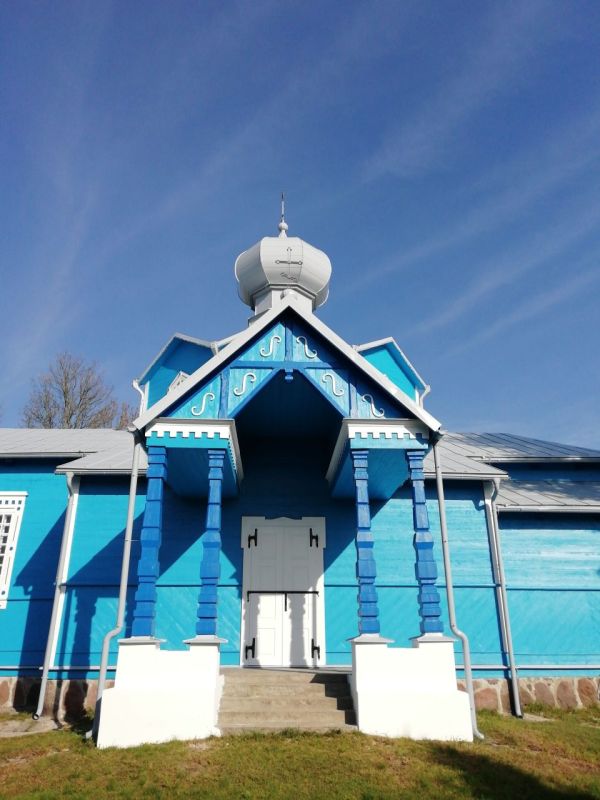 Touting a sky blue and virginal white colour scheme, it ranks as one of Podlasie’s most magnificent churches.Wojewódzki Urząd Ochrony Zabytków w Białymstoku

However, several older details also abound, among them a 19th century icon. Perhaps its most famous interior decoration though, an 18th century painting by the French educated Augustyn Mirys depicting the Mother of God with the Baby Jesus in her arms, remains under lock and key, a precaution commonly attributed to the previous theft of icons from the nearby Chapel of St. Anna. 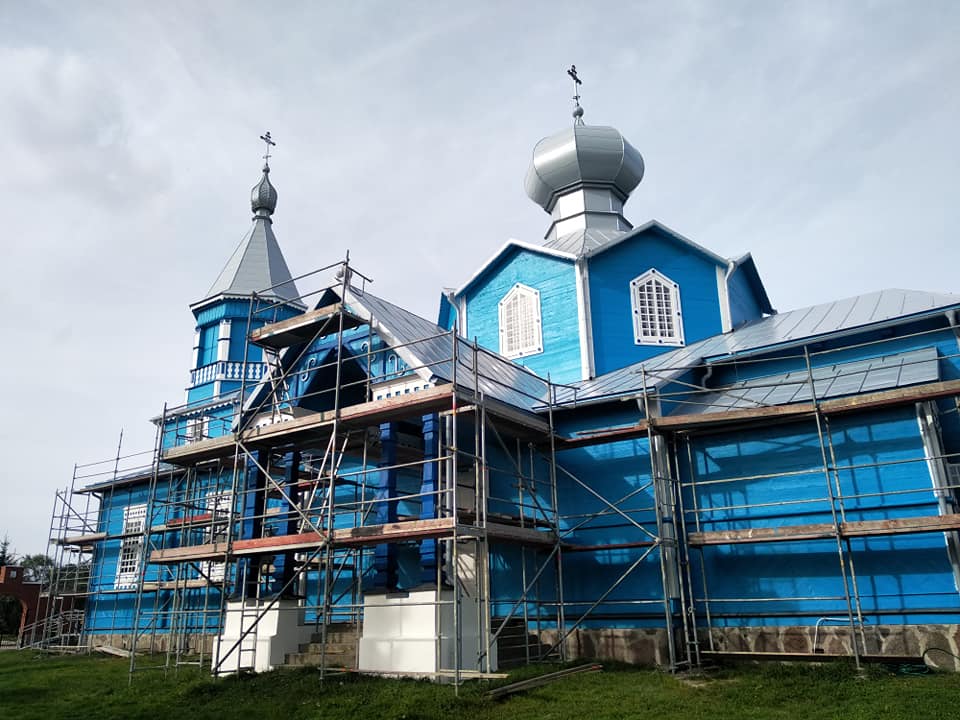 Covering a relatively modest space of 380 sq/m, and catering to a parish of 482 people, energetic renovation programs were conducted in the 1980s and 90s after years of relative neglect, with the latter nearly resulting in disaster after a fire on June 27th, 1994, spread from the northern façade to the roof trusses – only the speedy intervention from the local fire brigade spared the church from being destroyed. 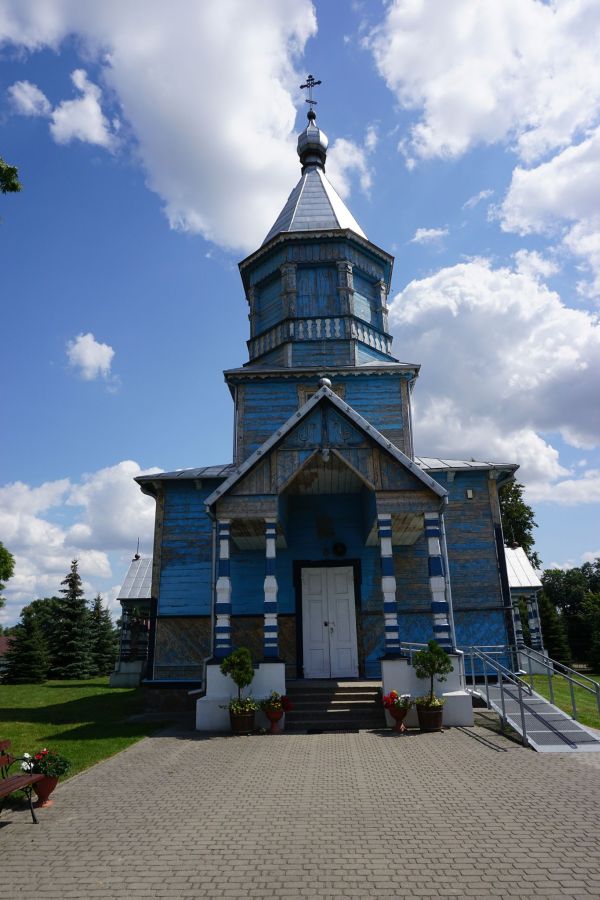 Though included in the Register of Monuments since 1993, recent years had seen the church again show signs of age until that is a grant was awarded earlier in the year by the Provincial Conservator of Monuments in Podlasie. 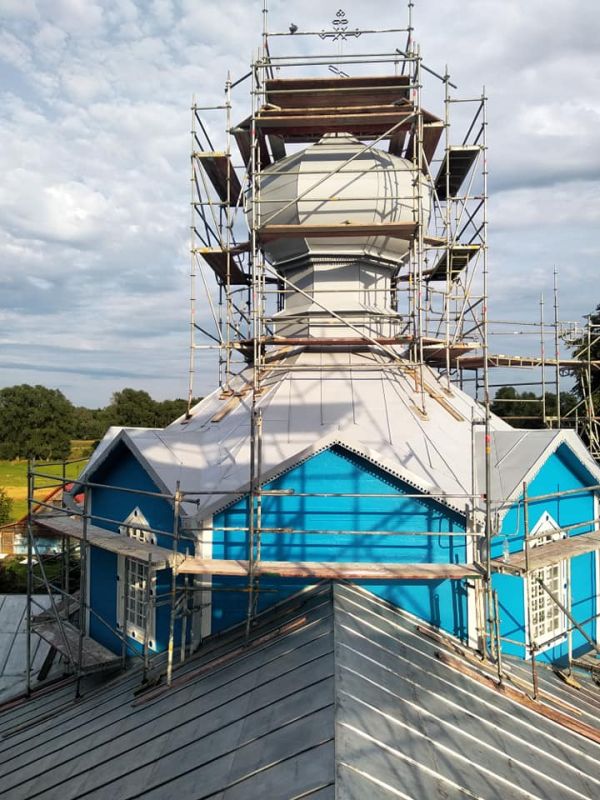 Costing approximately PLN 35,000, and taking several months of painstaking work, the grant was subsequently used to renovate both the roof and foundations, replace the guttering, conduct a thorough review of the building’s stability and, most notably, restore the windows and joinery whilst also repainting the building’s flaking walls. 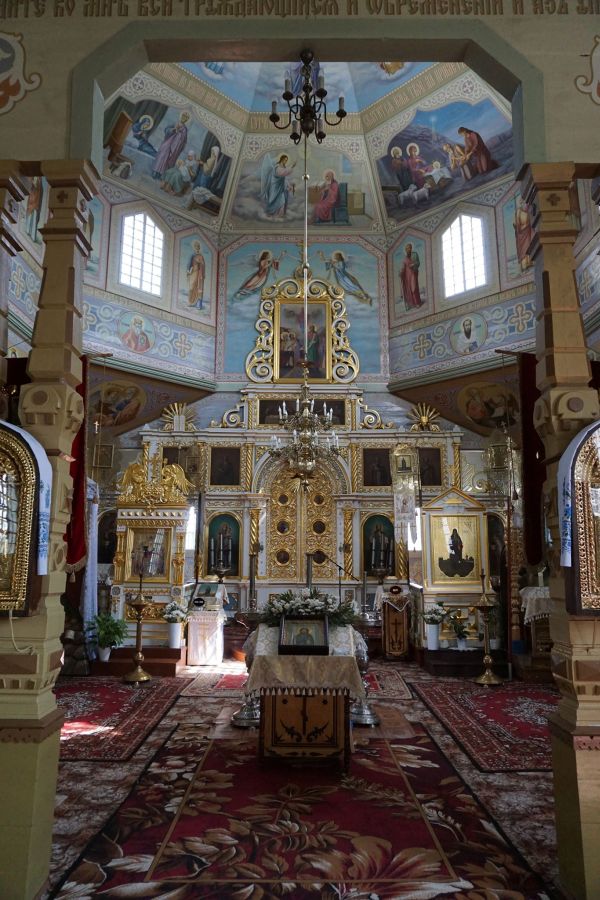 Now presenting itself in a glorious combination of sky blue and virginal white colours, the church has found itself reenlisted in the ranks of the Podlasie region’s most magnificent churches.