Marked with solemnity this Thursday just gone, the 37th anniversary of the declaration of Martial Law was a pointed reminder of just how close Poland teetered on the edge of civil war – and worse. With the Soviet Union cracking its knuckles on the side lines, the world braced itself for a chain reaction that could tip the planet towards a nuclear apocalypse. An exaggeration? Not at all.

In Poland, the grim reality of those paranoid times physically manifested itself in the aggressive construction of fallout shelters, and whilst many were built with the public in mind, others served more secretive purposes. Declassified only as recently as 2014, Alfa, just to the west of the capital’s Powązki Cemetery, was one such place. Thought to have been completed in 1977, it was to form the vanguard of the country’s medical operation in the event of a Third World War, with some urban myths going so far as to suggest that it remained fully operational until 2010. Located on the grounds of the Military Institute of Hygiene and Epidemiology, today this bunker has come to be recognized as one of the city’s lesser-known touristic gems, not to mention a remarkable memorial to the Cold War years. 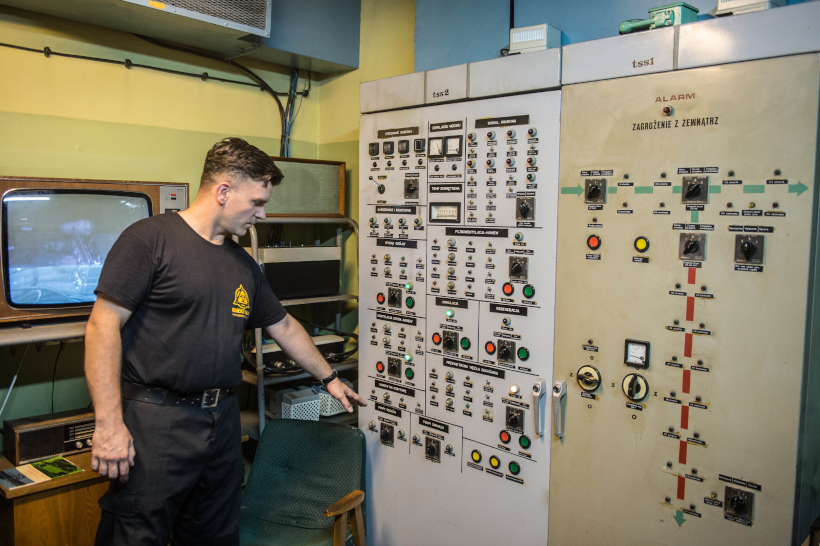 When it was operational scientists working in Alfa were among the first to learn that all was not well at Chernobyl.TFN

Now rented out to Michał Kępiński of the Foundation for Historical Education, it’s been on Michał’s initiative that Alfa has found itself intermittently opened for sightseeing tours. Drawing a mixed bag of urban explorers, military enthusiasts and history fiends, these occasional meet-ups have become a staple for those looking to immerse themselves in the dark heart of Poland’s not-so-distant past. 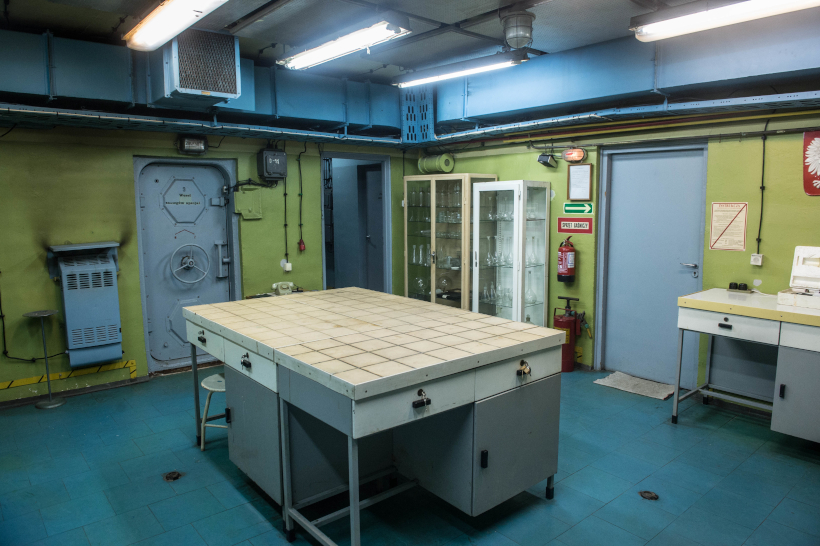 Understood to have been one of the most hi-tech laboratories at the time in Poland, there are rumours of Anthrax tests.TFN

Accessed via a series of hermitically-sealed doors, some weighing as much as 300 kilograms, visits to Alfa begin by passing dark decontamination chambers and disquieting posters detailing emergency procedures before opening out onto what was formerly the command centre. Trapped in time, it’s a room bristling with keepsakes from the Communist period: lumpy armchairs the colour of chocolate and mandarin, yellowing newspapers, sellotaped spectacles and half-smoked packets of Klubowe cigarettes. For all that, the atmosphere is anything but ordinary. Beyond the preponderance of everyday items, attention naturally falls on the heavyweight communications systems, gas masks, and mysterious dials and gauges. “It was using that machine,” says Michał, “that the scientists based here were the first in Poland to determine that something had gone seriously wrong in the Chernobyl region.” 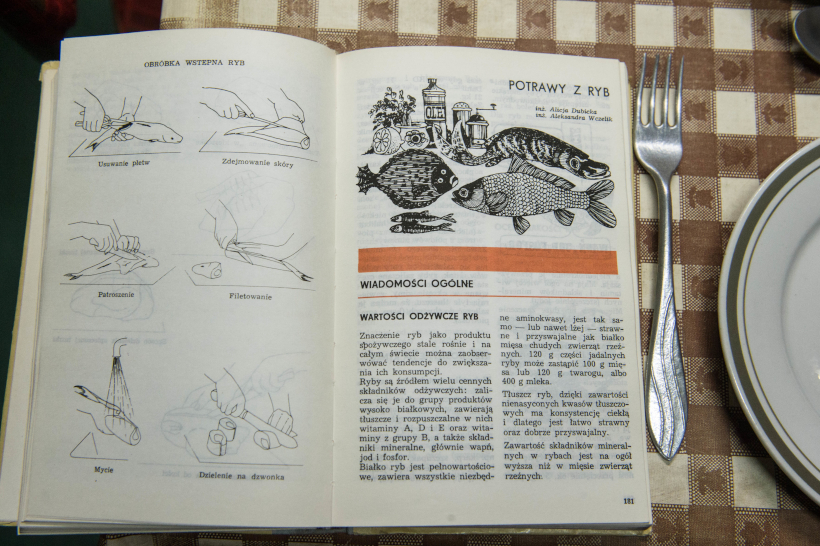 As an indication that anybody in the bunker might be in it for the long haul, cookbooks were provided.TFN

Contained within a tight tangle of claustrophobic corridors and chambers, such is the disorienting nature of the floorplan that you’d never deduce that Alfa was just 150 square metres – double that, maybe. Adding to the distorted sense of reality is the nightmarish actuality of the place itself: there are some areas that are strictly prosaic – a heavily stained bathroom and a common room filled with PRL cookbooks, soda siphons, plastic carnations and bottles of beer – but others that ring home the real purpose behind this top secret lair. 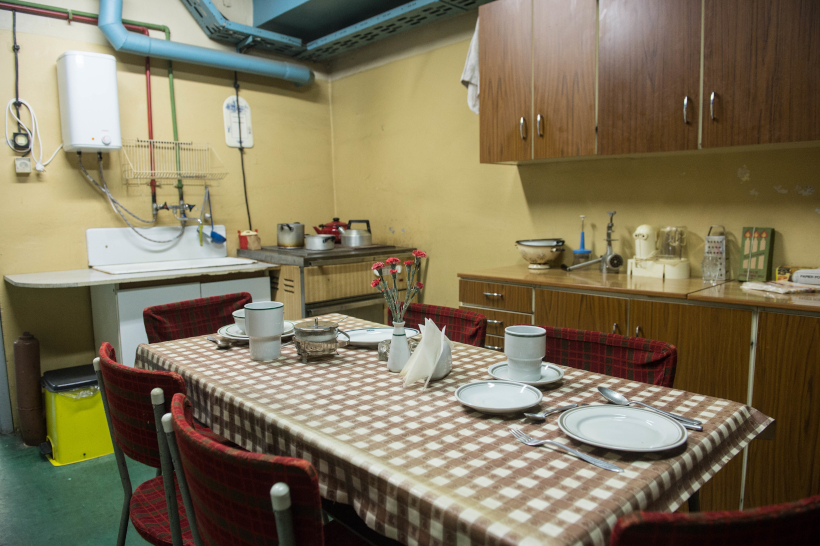 Not all the frills of home. Alfa’s décor reflects the Communist era.TFN

“At any one time nineteen scientists worked in shifts here,” says Michał, “with their duties focused on, among other things, research into protection against weapons of mass destruction, chemical and biological contamination, endurance levels of the human body and behavioural patterns linked to close confinement.” As if to prove the case in point, we are shown a cramped isolation unit in which up to four human guinea pigs would be kept under close observation. “We don’t know much,” continues Michał, “but we’ve been told that people would be kept in there for as long as five days without sleep in temperatures that ranged from between five and fifty degrees Celsius.” 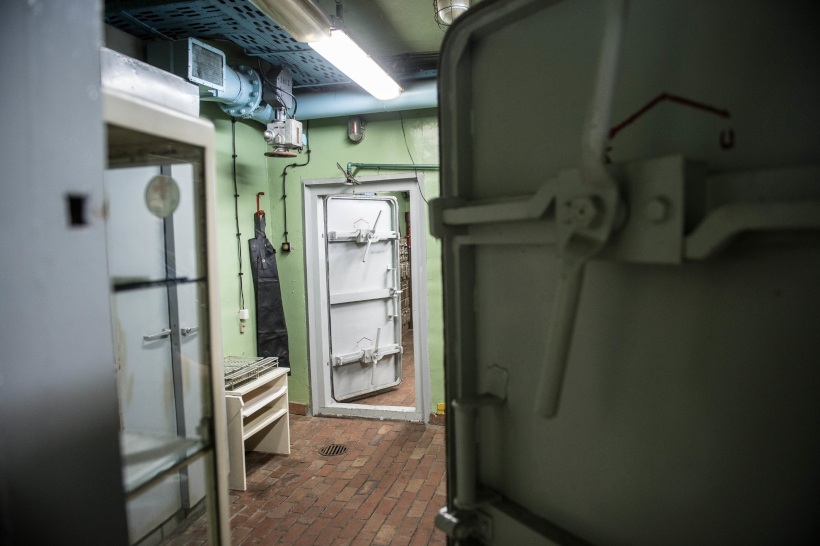 'At any one time nineteen scientists worked in shifts here,' says Michał.TFN

With the scientists that once worked there refusing to talk, speculation as to the true nature of the experiments conducted at Alfa remains rife. Understood to have been one of the most hi-tech laboratories at the time in Poland, there are rumours of Anthrax tests as well as all manner of nefarious studies involving deadly bacteria and chemical agents. Entering a doctor’s surgery – itself filled with jars of preserved tapeworm, unnerving syringes and alchemistic disinfectants – it takes effort to resist the chill that inevitably creeps up the spine. Uncomfortable to the extreme, there is perhaps nowhere else in Poland that manages to encapsulate the follies of man. In these times of heightened geopolitical tensions, the existence of Obiekt Alfa is a grim, dire warning to all those that fail to heed the lessons of the past. 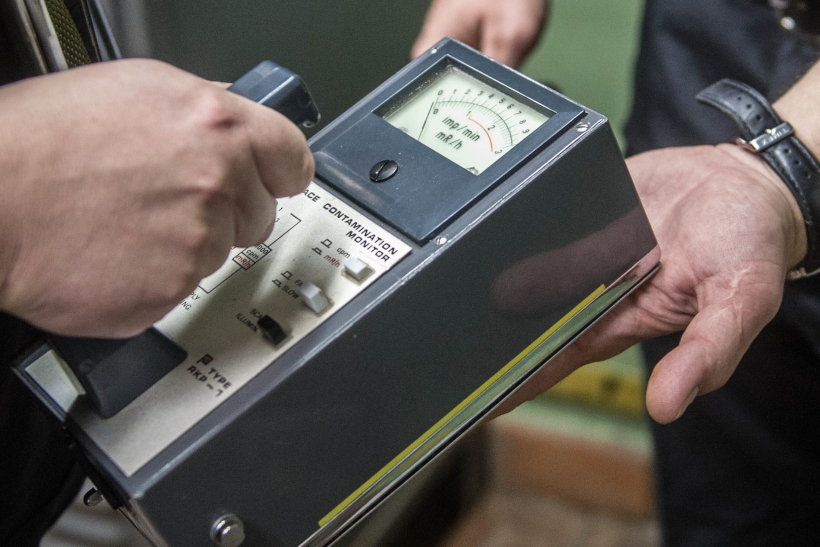 The bunker was designed to keep radiation at bay.TFN

Visits by appointment only (tours in December are scheduled for 3 p.m. on Dec 22 & 29). For contact details, see: www.obiektalfa.pl or fb.com/obiektalfa 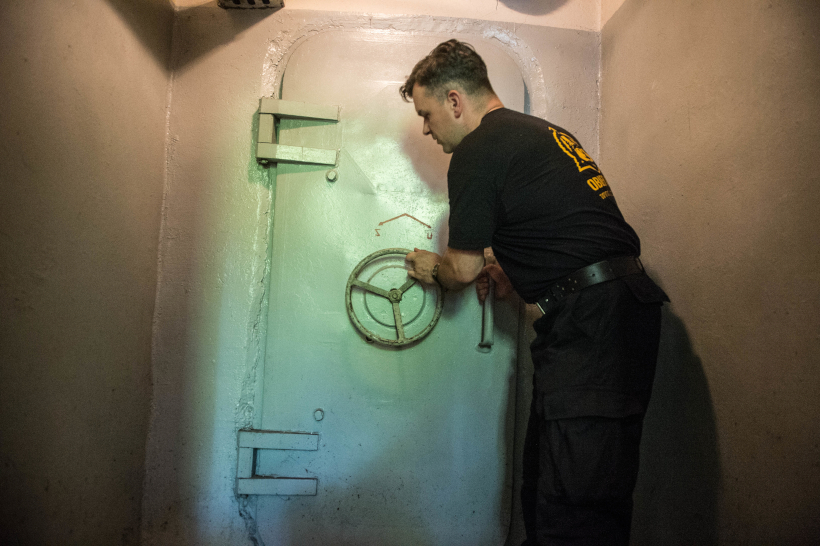 Some urban myths go so far as to suggest that it remained fully operational until 2010.TFN