Gone but not forgotten: Leonard Cohen, thanks for the dance!

It’s been three years now without Leonard. But has he really gone? For his presence is still heartily felt here in Poland, where he is a cult hero.

The Canadian poet extraordinaire had an ambassador in Poland. In the seventies, when our need for the truth was stronger than ever, his voice was heard thanks to Maciej Zembaty, who translated and performed Leonard Cohen’s songs to wide and enthusiastic audiences. Sophisticated lyrics, deriving from both ancient Greece and the Bible, as much as from Canadian beatnik experiences, struck a bell with us and the songs of the poet have become campfire standards, adored by many. 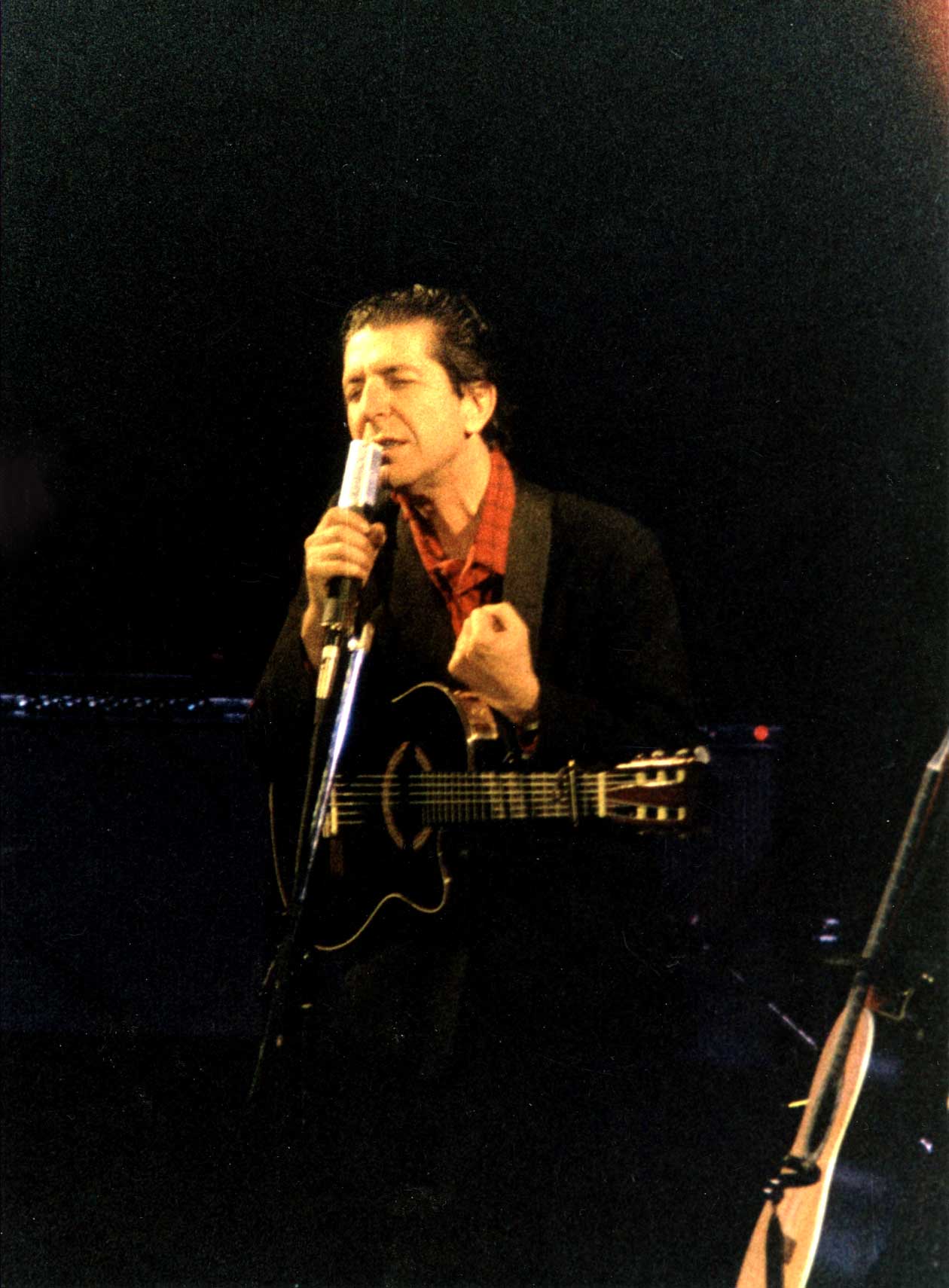 Whenever Cohen visited Poland, Dan says “he was always greeted the way I greeted him the first time around – with love and adoration.”Daniel Wyszogrodzki

Then he performed live in Poland in 1985, greeted by crowds longing for hope and direction. The political tension was high and Leonard was not comfortable with it. He confessed this to me many years later. I was at his Warsaw concert, overwhelmed by fascination – I was a fan, translating and playing his songs like so many others, not even thinking of meeting the man in person. Yet this I did.

My friendship with Leonard Cohen dates back to 2001 and started in Berlin – out of all places. He sung: First we take Manhattan, than we take Berlin. So Berlin we took and I became his translator for the new millennium. He visited Poland several times in years to come and he was always greeted the way I greeted him the first time around – with love and adoration. Before one of the Polish concerts, when I was drinking red wine with the artist and his band, he asked me, if he should play “The Partisan” that night. I answered: “Sure. Here they still think you’re a rebel.”

Dan’s 2016 theatrical production of “Boogie Street” was the last project Cohen approved before his death a month after opening.Rosław Szaybo (Agora)

In 2016 I was working on a theatrical play “Boogie Street” I’d conceived, based on his recent poems and songs. It premiered in September in Teatr Stary in Lublin, to both popular and critical acclaim, with Renata Przemyk performing the songs (there is a CD recording called “Boogie Street” with all the music material from the production). All of us had hoped to see Leonard Cohen at the opening night, but he was already too ill to take the flight from LA to Poland. I got his blessing and it meant the world to me, to all of us involved. As it happened it was the last outside project he approved of and authorised. Leonard Cohen died just a month after we opened our “Boogie Street” in Lublin. His last album “You Want It Darker” turned out to be the most emotionally moving in his entire career. It made us all wept, millions of us.

Cohen’s posthumous album ‘Thanks For The Dance’ is released this month.

In 2017 I was invited by the artist’s family to a tribute concert in Montreal’s Bell Centre. It was a magnificent, four-hour show with international stars including like Sting and Elvis Costello, and a proud bunch of the local talent (including k.d.lang leading the Canadian team with her heart-breaking rendition of „Hallelujah”). Adam Cohen sang several of his father’s songs, including “Chelsea Hotel” in duet with Lana Del Ray (the concert is available now as “Tower of Song: A Memorial Tribute to Leonard Cohen”).

I was flying back to Warsaw on a day after the show. In the morning, joined by a couple of friends whom I known from Poland and met there (they also came for the concert) I went to visit the grave of the artist in the cemetery on Mount Royal. It was exactly the year after his passing, November 7th, first anniversary. And this was a truly metaphysical experience. For there he was – in his family grave, in a Jewish graveyard overlooking half of the city. Ashes to ashes, back to the cradle. 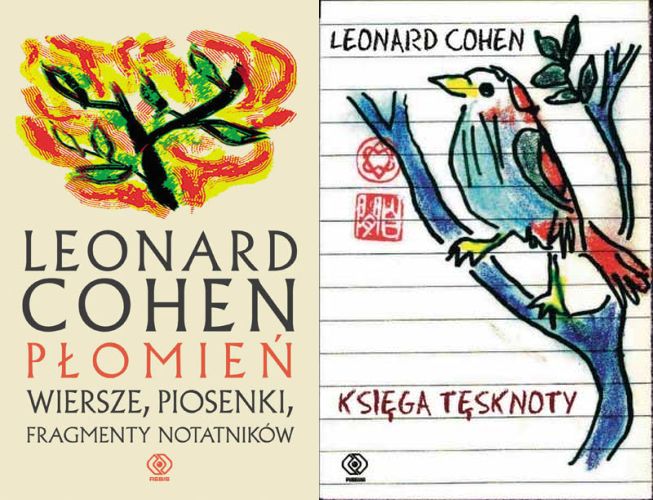 People leave gifts on the gravesite. They come from faraway and bring Teddy Bears and small plastic guitars (I’m sure Leonard would love both, especially the bears). My contribution was a labour of love: a brand new translation of his “Book of Mercy”, the Polish edition that was still hot off the press. I loved working on his material.

So far, we’ve had three of Leonard Cohen’s books of poetry published in Poland, all by Rebis Publishing House with my translations. Three out of nine. They are “The Book of Longing” (Księga tęsknoty), “The Book of Mercy” (Księga miłosierdzia) and “The Flame” (Płomień) – the last being a posthumous edition of Leonard’s writings and songs with many drawings and fragments of notebooks. Six months of work, the work any translator can only hope for – indulging yourself in the words of your favourite poet. I hope to do the remaining six some time. Please, call Rebis! 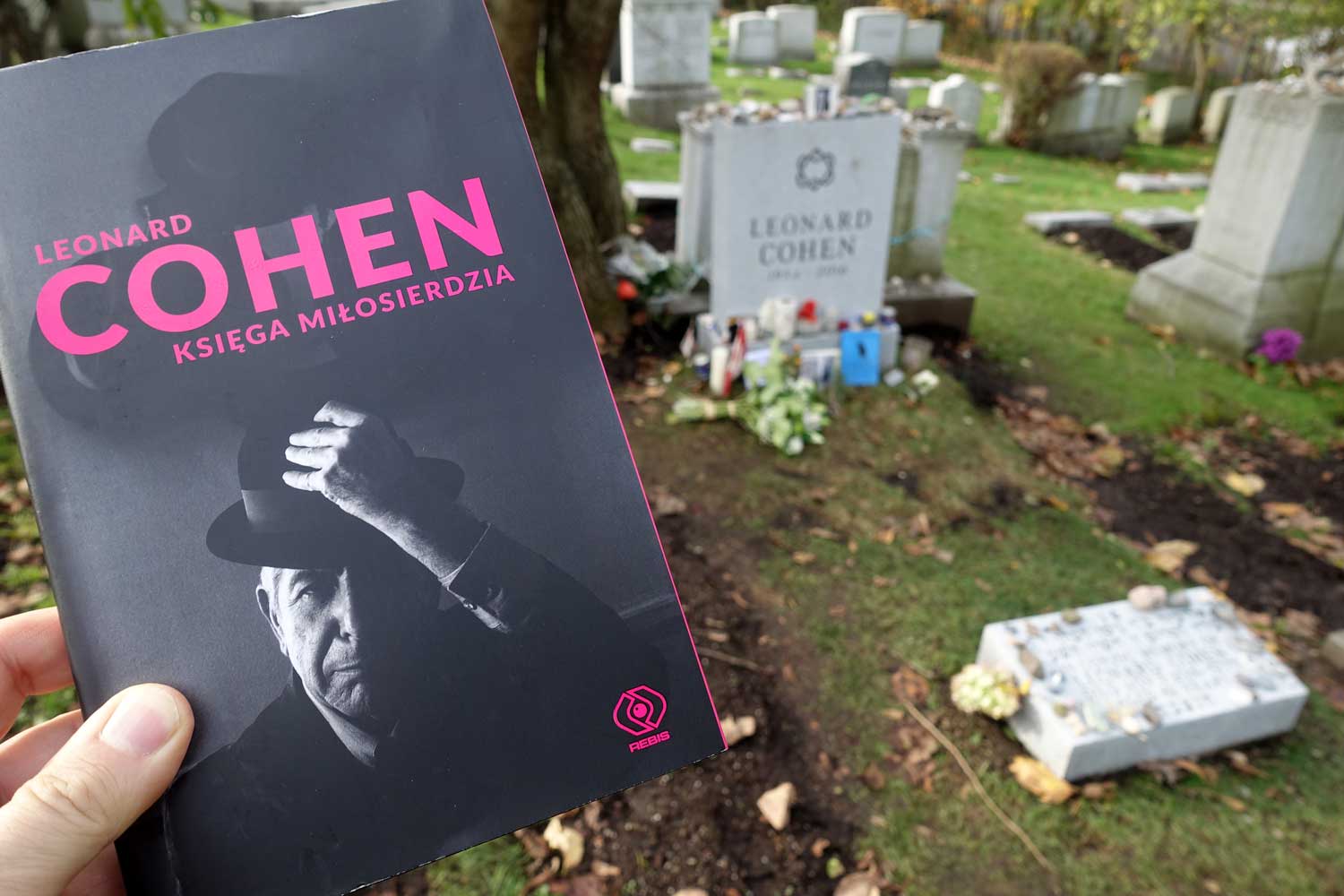 On the anniversary of Cohen’s death, Dan left a copy of his new translation Book of Mercy on the artist’s grave.Daniel Wyszogrodzki

The books aside, there’s good news too. Leonard’s new album (yes, you got it right, no typing error) is out this November. “Thanks for the Dance” it is called and we’ve got a “dance” to thank indeed. It consists of voice recordings taped by the artist’s son Adam over the last weeks of Leonard Cohen’s life. These are mostly poems that you can find in “The Flame”, but some older stuff too, recited by Leonard and then surrounded with music produced by Adam Cohen (with contributions by some very important artists from Leonard’s records, including the singer Jennifer Warnes).

So, Leonard’s gone, right? No. For at the same time – he is not. He’s here and always will be. His songs, his wry sense of humour. His elegant suits (“I love to speak with Leonard […] he’s a lazy bastard living in a suit” – he sings in “Going Home”). The truth of the matter is we don’t want to accept a world without Leonard in our never-ending search for a better world. This has been said before: can you imagine a world without “Suzanne”? How did the world look before this song was written? This incomplete world. Same with “Hallelujah”, right? And me – I can’t even imagine a world without “First We Take Manhattan”. Or “You Want It Darker”. Or even without this terrible (or so they say) album by Spector/Cohen – “Death of a Ladies’ Man” form 1977. I love it. It’s my guilty pleasure. Listen to it. Tonight?

Cohen performing one of his most loved songs in 2009.

The son of a Polish pharmacist Leo Sternbach changed the pharmaceutical world.