Currently seen as a chaos of ugly concrete, a swathe of central Kraków stands to be transformed in the coming years and reinvented as an eco-friendly zone enriched with greenery and innovative environmental solutions. 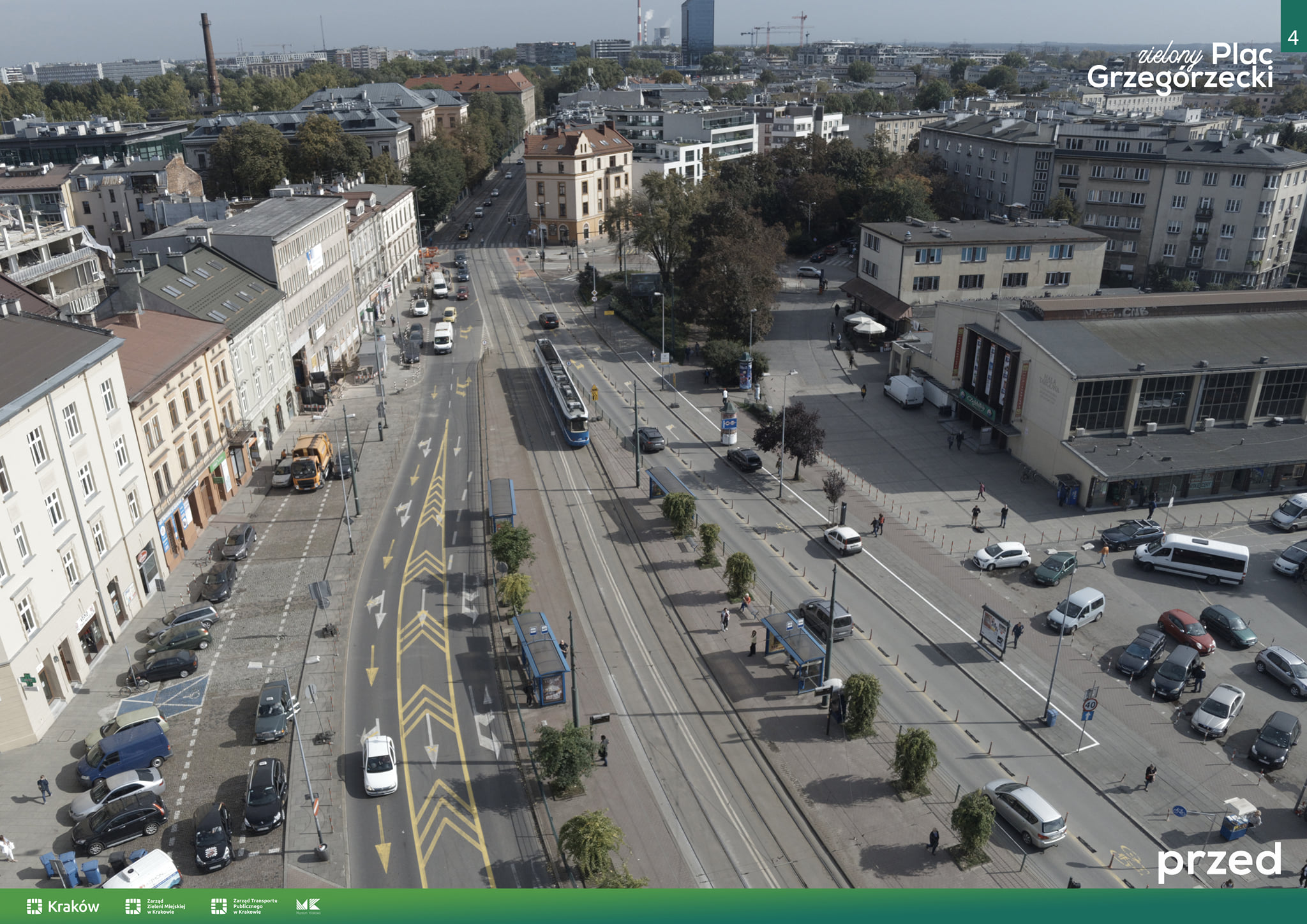 The area is currently a concrete wilderness with little greenery.ZZM Kraków/Facebook

Dubbed Zielony Plac Grzegórzecki, the project envisions the huge redevelopment of a plot by Hala Targowa just to the east of the city’s historic centre and its eventual metamorphosis into a lush enclave in the heart of town. 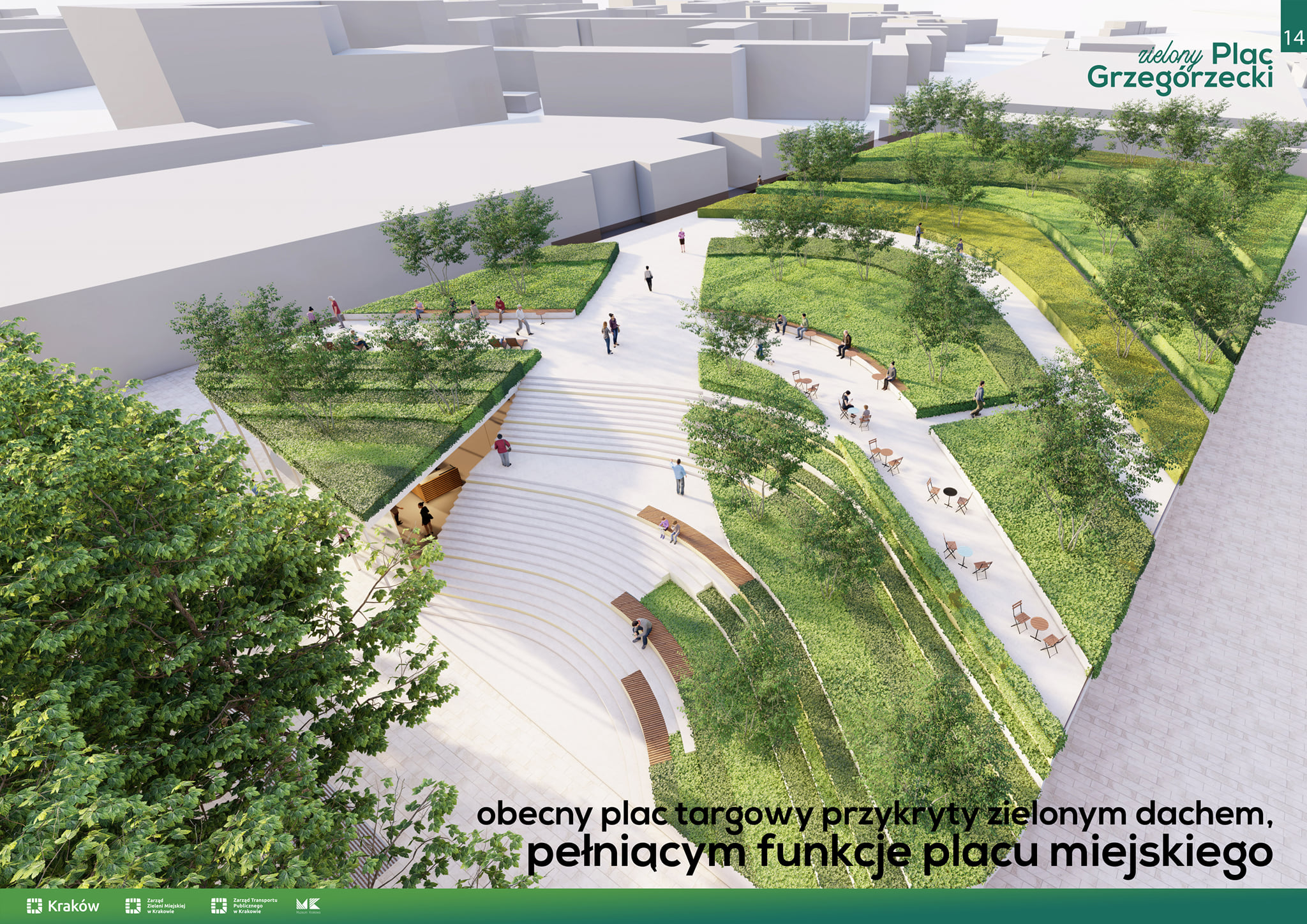 The project will see the introduction of tiered gardens, water features and cycle paths.ZZM Kraków/Facebook

The investment is to complement a new train stop – Kraków Grzegórzki – which promises to become one of the city’s principal transport hubs. Slated to open towards the end of 2021, three train lines will intersect at the station, making it one of the busiest points on the city’s map.

However, this huge uptick in footfall stands to be offset by an ambitious, future-forward plan that will see the wider area revised to efficiently deal with the thousands of passengers that are forecast to flow through the station each hour. 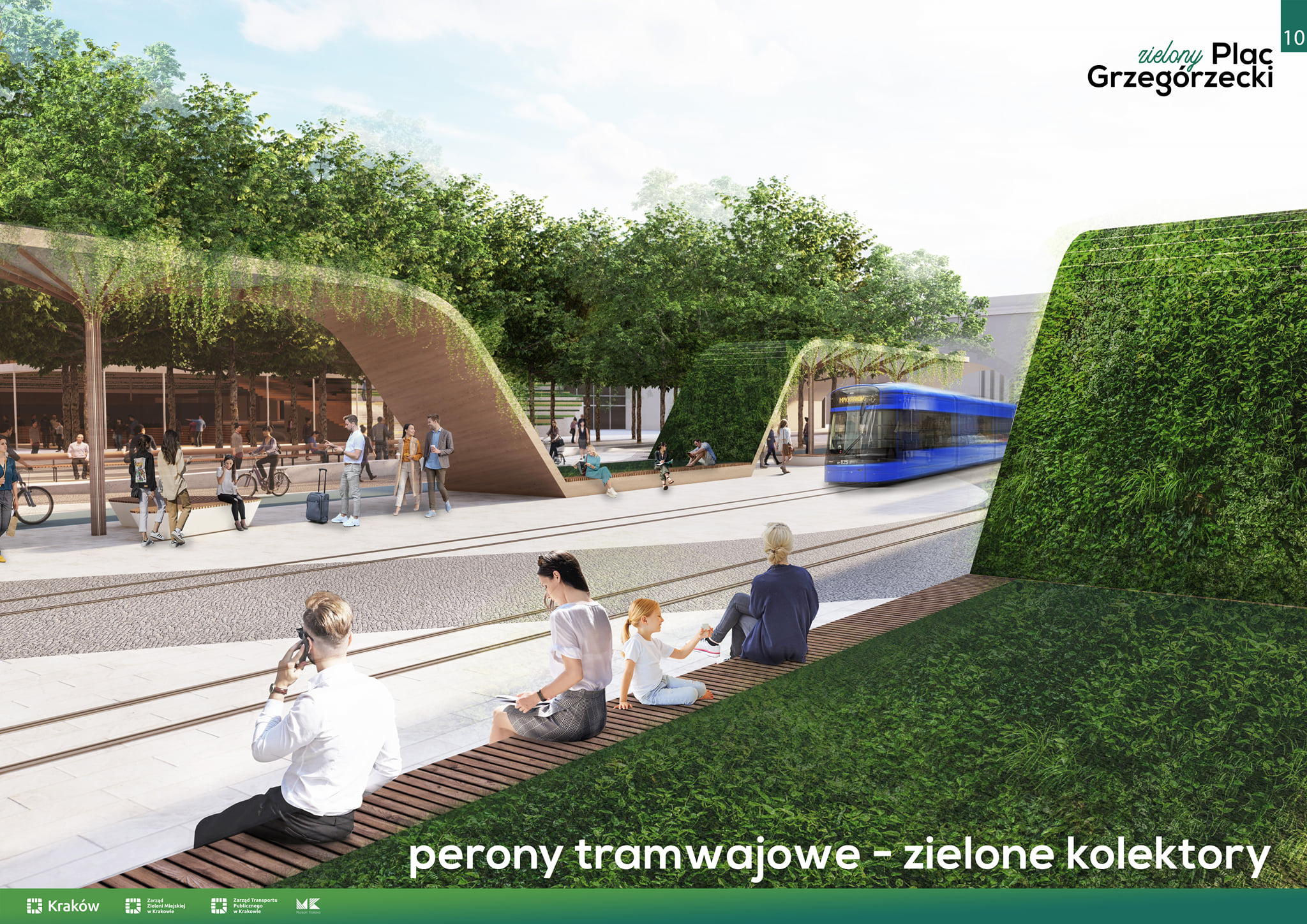 Speaking at a press conference, Łukasz Franek of the Public Transport Board revealed that the seamless transfer of users was a priority in the design process: “The shape of the square is defined by needs,” he said. “Everywhere where train stations are built, you need integrated infrastructure to create a communication node.”

Naturally, though, attention has fallen on a set of renderings that visualize a stunning green revolution. 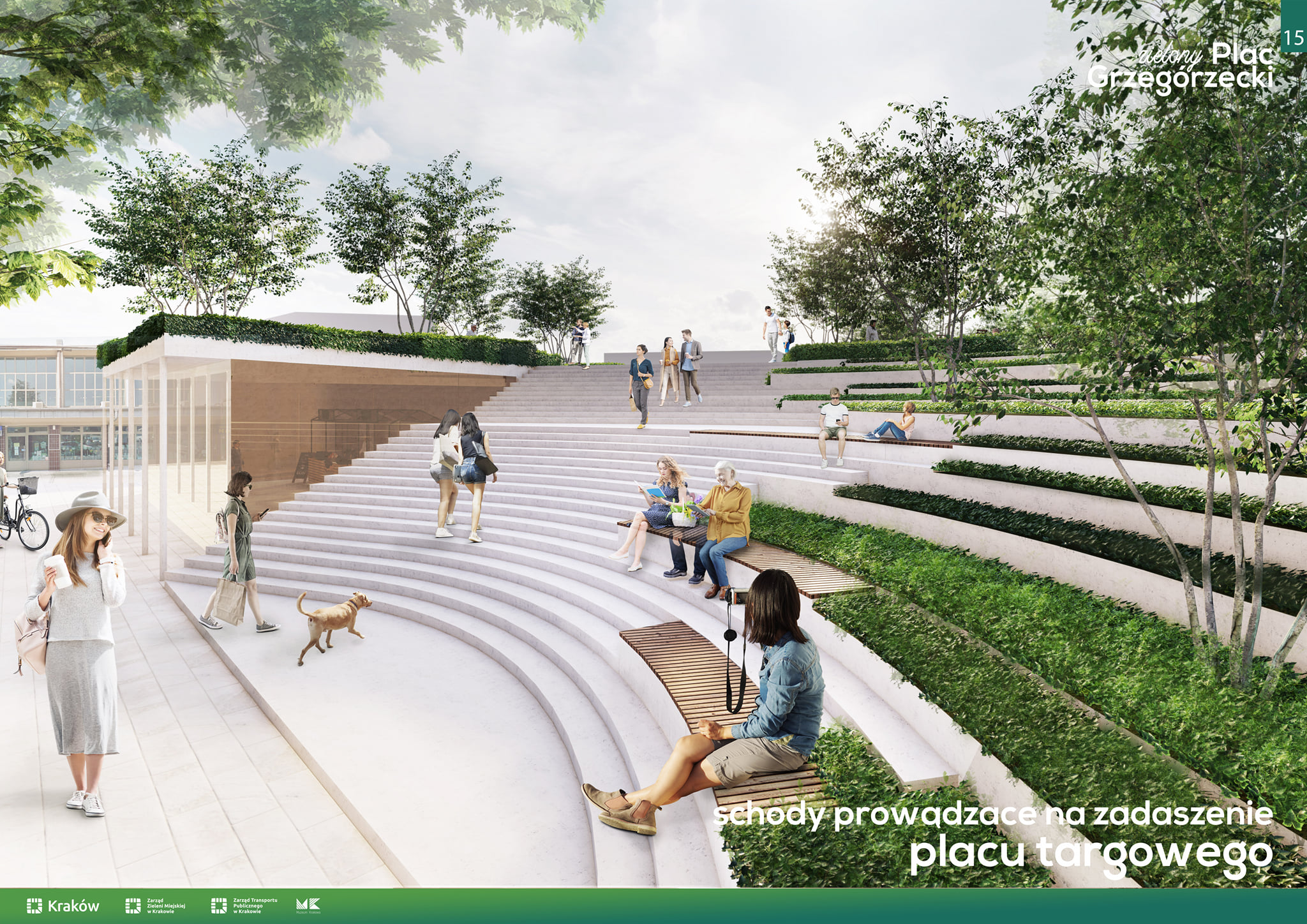 The project won’t just enable user to move around efficiently, but also to rest.ZZM Kraków/Facebook

The project will see the planting of 112 trees that will mark the outline of the river that once ran through here, as well as the introduction of tiered gardens, water features and cycle paths.

Following a careful strategy, trees will be chosen and planted so as to positively reinforce the others, whilst turf-topped bus shelters will funnel rainwater into storage tanks. Elsewhere, so-called rain gardens have been designed so as to collect water from the pavements that can subsequently be reused for cleaning purposes. 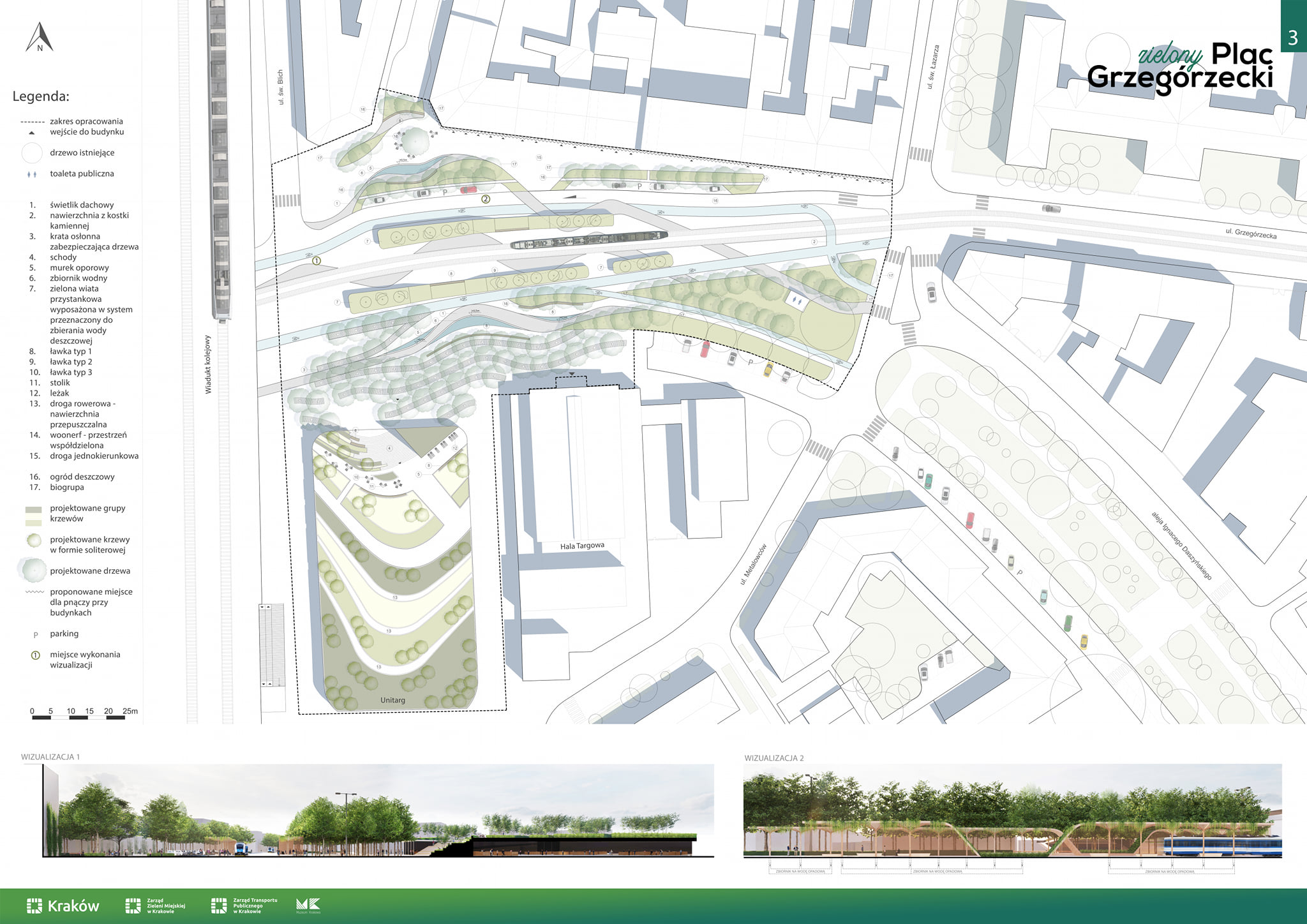 The investment is to complement a new train stop – Kraków Grzegórzki – which promises to become one of the city’s principal transport hubs.ZZM Kraków/Facebook

Łukasz Pawlik, deputy director of the ZZM authority, added: “We are going in a green direction. This space will be completely changed and adapted to the needs of the people arriving, but it won’t just enable them to move around, but to rest as well.”

Crucially, officials have pledged that the project will not mark the death of existing commercial activity. Famed for its outdoor antique-selling stalls, the area is much-loved by locals, and proudly proclaims to serve Poland’s most famous late night snack – sausages served from a vintage blue van. 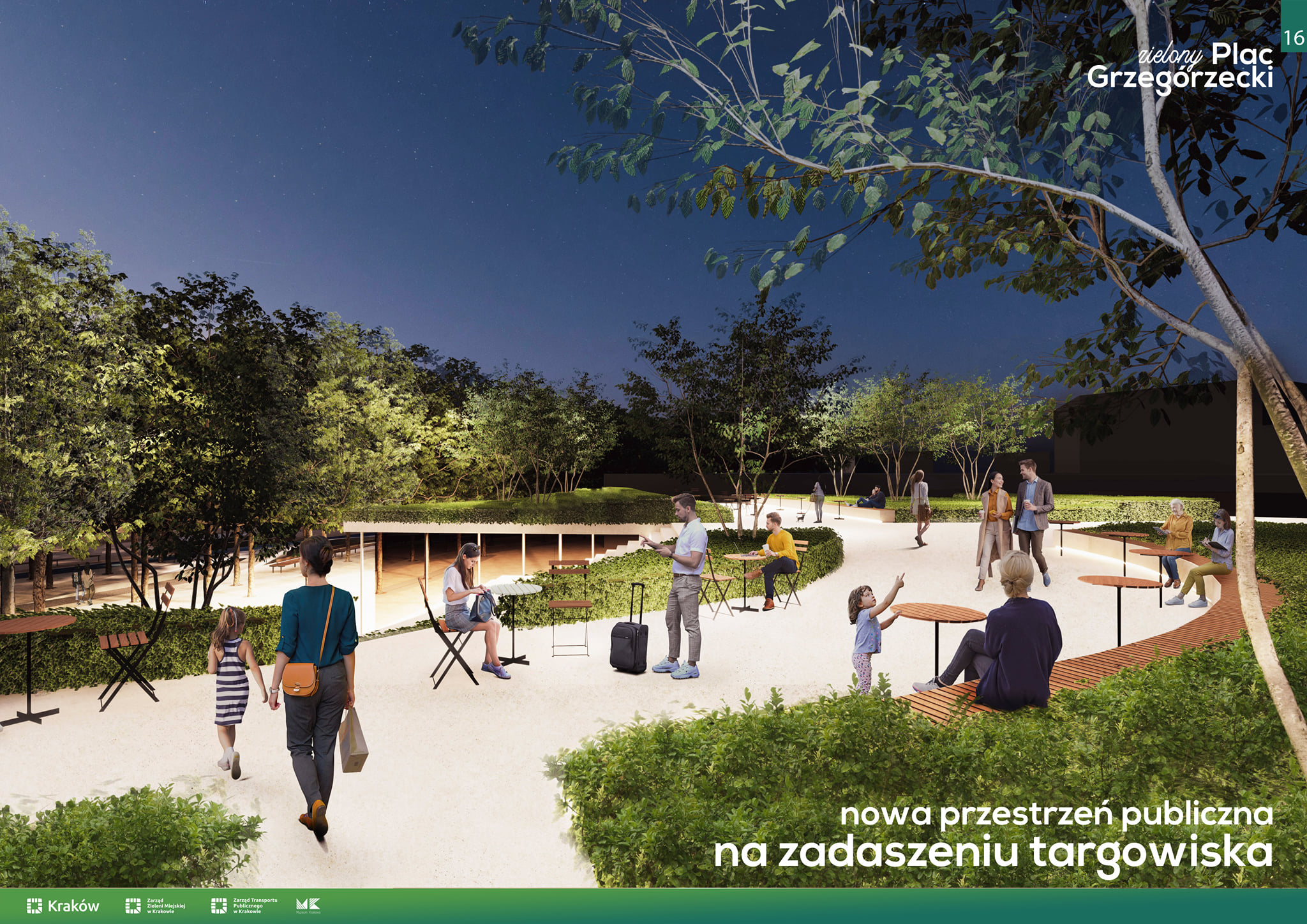 Estimated to cost around PLN eight million, authorities are hopeful of obtaining all the required permits and approvals next year.ZZM Kraków/Facebook

“It is important for the city to maintain the commercial function which has built the identity of this place, therefore talks are ongoing with traders who use this space on a daily basis,” said a ZZM statement.

“Working together with them, architects will introduce corrections to the design in order to make the best use of the opportunities that arise when changes are introduced in this area,” it continued. 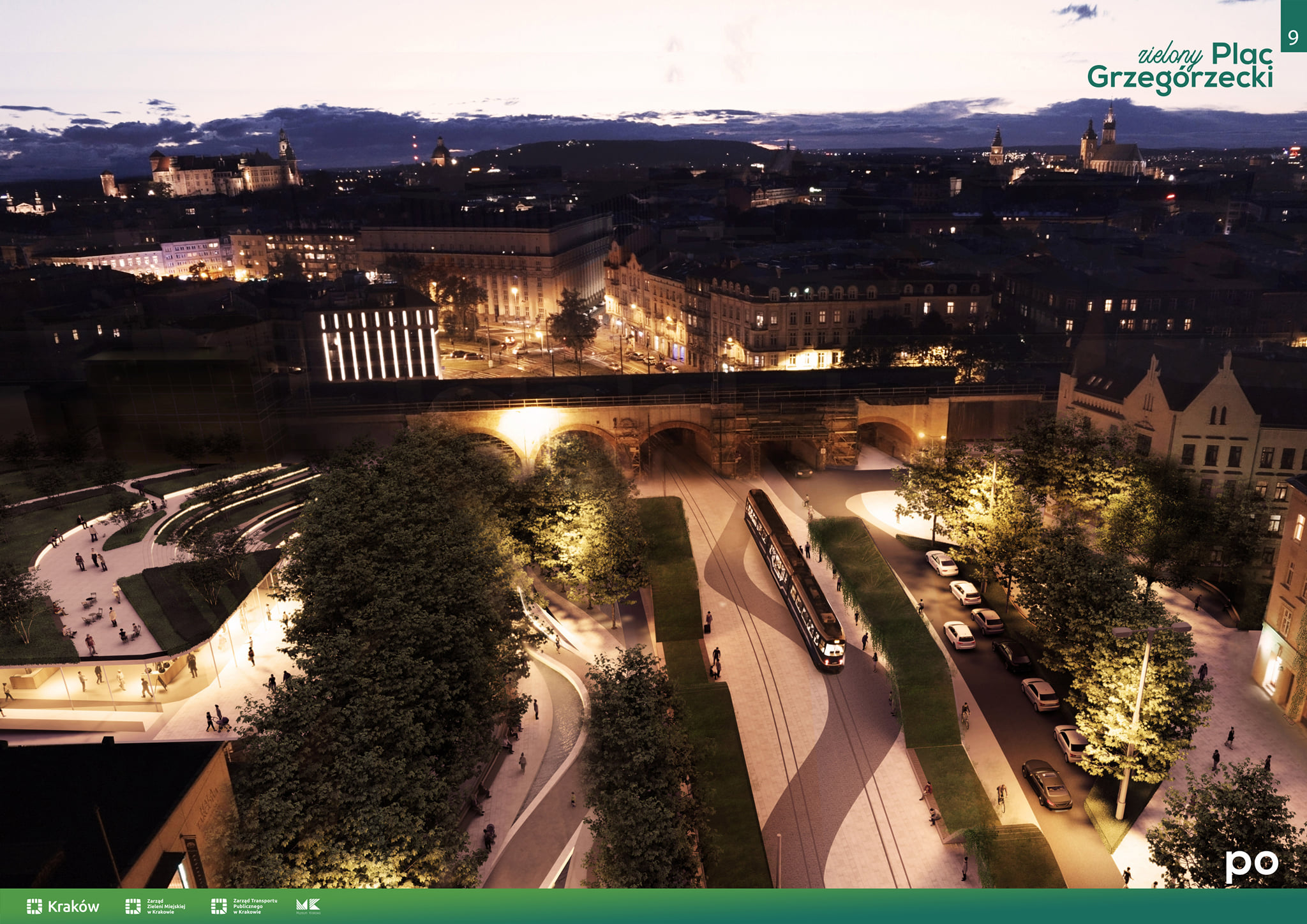 Officials are keen that the existing commercial function of the area will be retained.ZZM Kraków/Facebook

Currently, proposals foresee the market being covered by a green roof that could also double as a public park, though this could yet prove to be a sticking point if negotiations with traders and locals falter.

Estimated to cost around PLN eight million, authorities are hopeful of obtaining all the required permits and approvals next year before embarking on what could yet become a pioneering project.