A painting by artist Wojciech Fangor broke Polish records for auction prices when it was sold for PLN 4.72 million.

The painting, called M39, went to anonymous buyer on Thursday during a record-breaking auction at Warsaw’s DESA Unicum Auction House. The same event set another record for the Polish art market with the all lots going for a combined total of more than PLN 20 million.

M 39, painted by Fangor in 1969, was put up for sale in the auction “Contemporary Art. Op-Art and geometric abstraction". Its estimate was set PLN 2.2 to 2.8 million.

The end result, however, far exceeded the estimate as the buyer was eventually willing to part with PLN 4.72 million to secure possession of Fangor’s mesmerising abstract work.

"It was undoubtedly a world-class auction, one that the best western auction houses would not be ashamed of. Never before in Poland has a total value of PLN 20.8 million been achieved […] There has never been an auction in Poland where such a large number of works have sold each in excess of PLN 1 million," Juliusz Windorbski, head of DESA Unicum told PAP.

The sale represents an absolute record for a Polish art auction. The previous one was set by Stanisław Wyspiański’s famous painting Motherhood, which sold in December last year for PLN 4.366 million.

Fangor's work M39 is only one a few canvases by the artist on which he used the motif of a rosette. Painted in 1969, M39 was created especially for the artist's individual exhibition at the prestigious Guggenheim Museum in New York.

The work is one of the most famous pieces of contemporary Polish art. 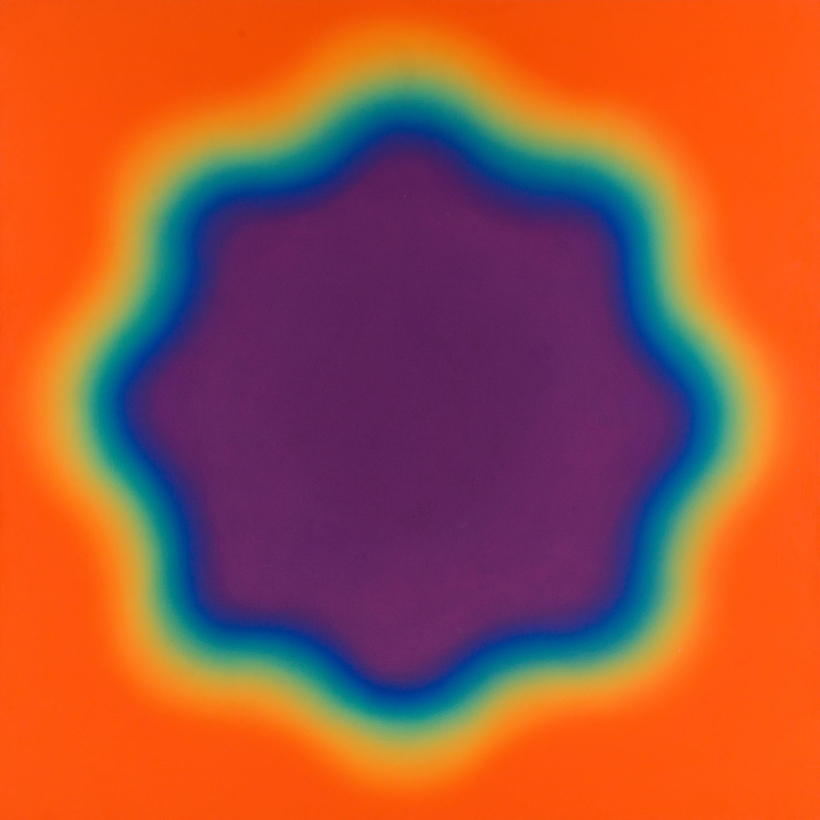 M39 was created especially for the artist's individual exhibition at the prestigious Guggenheim Museum in New York. DESA Unicum

The auction in Warsaw was accompanied by intense emotion. The gathered bidders had high expectations that the Polish record for a work of modern art, set two years ago by a work from Roman Opałka’s “counted” series that sold for PLN 2.3 million, would fall.

Another work by Roman Opałka from the same series did indeed sell for PLN 200,000 more than the previous record. Yet, it was the dizzying heights of the price for Fangor’s work that took people’s breathe away.

Significantly, this is the first time that a work of contemporary art holds the Polish price record. Until now, the highest priced Polish artists have included Stanisław Wyspiański, Jan Matejko, Jacek Malczewski, Henryk Siemiradzki and Mojżesz Kisling. Wojciech Fangor has previously achieved healthy sales when his work has come to auction, but this has always been below the market price records.

This current raft of records comes in the wake of a previous record set back in September this year when a painting by artist Maria Jarema was sold at auction for a record-breaking PLN 1,003,000, making it the most expensive work by a female Polish artist ever sold in Poland

Will these records last a long time? Perhaps not. In December, many outstanding works of art will be put under the hammer, including old masterpieces.