With 27 World Championship medals, including 22 golds, Sebastian Kawa holds the most World Champion titles in gliding history. And now he wants more.

Close the cockpit, attach the rope to the tow plane, take off and release – that’s how the best glider pilots in the world are starting their flights, hoping to soar through the sky straight to the podium of the 35th FAI World Gliding Championships in Ostrów Wielkopolski this month.

For over two weeks, the small airport in Ostrów-Michałowice will host 132 pilots from 6 continents. In theory their tasks will be simple – pass through an aerial route as quickly as possible, making all the required turn-points.

Yet, with the ever changing winds, elusive thermals (columns of rising air used to gain altitude) and the danger of outlandings (making it to the ground away from the airfield) the stakes are high.

The undisputed star of the competition is Sebastian Kawa, who in January won the 8th FAI Sailplane Grand Prix Final in Chile.

He is the current holder of the first place in the International Gliding Commission ranking list (15-meters class).

Characterized by his almost inhuman focus, which he’s capable of maintaining even through week-long competitions and mental strength,  Kawa often chooses gliders constructed in Poland: PW-5, Brawo and Diana 2.

The high expectations have their downsides, as Kawa shared on Facebook on July, 9th. 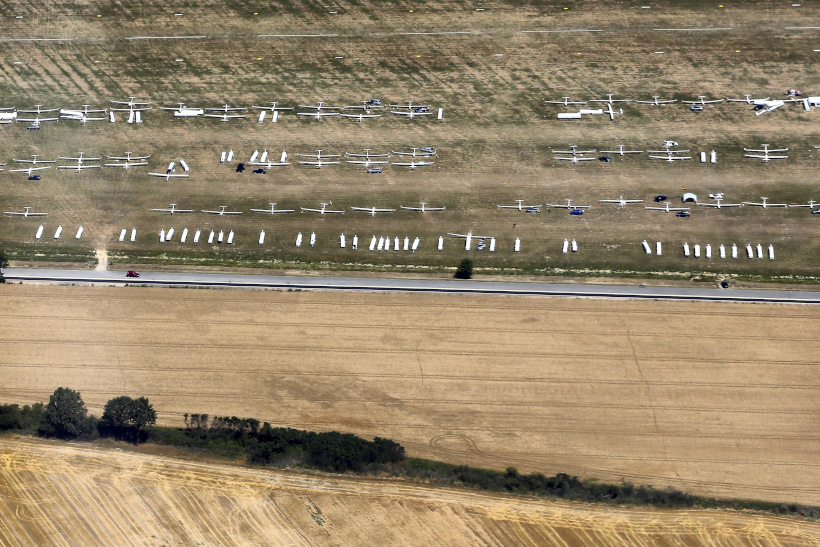 “The pressure is enormous. A very warm welcome from the people gathered for the inauguration of the Championship at the Ostrów town square, constant photos, many interviews and media right after opening the cockpit. I hope we can handle this momentary fame. There are two weeks of heated competition until the end of the championship. (…) Keep your fingers crossed,” he posted.

A doctor by profession, 45-year-old Sebastian inherited the gliding passion from his father, Tomasz Kawa. Now, he is no longer content to focus only on expanding his medal collection (27 World Championship in total, including 22 golds). Holding the most World Champion titles in history, he strives to break records in reaching places regular planes rarely do.

As Kawa told PAP: “For explorative flying, mountains are the most interesting. You can rise to over 10,000 m. What I would like the most is to fly where no one has ever flied, for example the Tian Shan range (China – TFN) is very appealing.”

Kawa is the first glider pilot to fly over Mount Elbrus (5,642 m) and explore the possibilities of practicing the sport over one of the wildest mountain ranges in the world – the Caucasus. In 2014 he flew over the tenth highest mountain in the world – Annapurna (8,091 m) in the Himalayas.

He said: “It was 400 m lower than an Airbus, which I flew over Caucasus on my back from Australia and through Dubai. The lee waves appear with very strong winds, coming from  behind the mountains.

“On a wave like this you can gain altitude just like a surfer, the only difference is they ride on the surface, while we are inside of the wave. In a glider we fly along the mountains, close to the peak. At high altitudes, the speed reaches up to 400 km/h with 200 km/h wind.”