“So fine is Toruń,” wrote the medieval chronicler Jan Długosz, “that perhaps nothing can rival it in terms of beauty, location and luminous buildings.” Over five-hundred years on, and his words still carry weight; a city of soaring steeples and striking Gothic swagger, it’s rightfully regarded as one of Poland’s great glories.

Composer Fryderyk Chopin was smitten by it, and as a 15-year-old penned a letter to his best friend extolling the virtues of its magnificent architecture. But this, he emphasized, was nothing compared to its gingerbread.

Nearly as old as the city itself, Toruń’s gingerbread tradition dates back to the Middle Ages, with the first mention of it coming in 1380 when a baker named Niclos Czan was recorded as producing the delicacy. From that time onwards, the town has been inexorably associated with gingerbread, with one 17th-century poet ranking it alongside the vodka of Gdańsk, the maidens of Kraków and the ankle boots of Warsaw as “the best Poland has to offer.”

Making it special were a confluence of factors. Already celebrated for the quality of its flour and local honey, Toruń’s position on a major trade route afforded bakers access to exotic spices such as pepper, cinnamon, nutmeg, ginger, cloves, cardamom and aniseed. Hauled over from India and the Middle East, these essential ingredients were then mixed together to produce what is still commonly argued to be the world’s finest gingerbread. 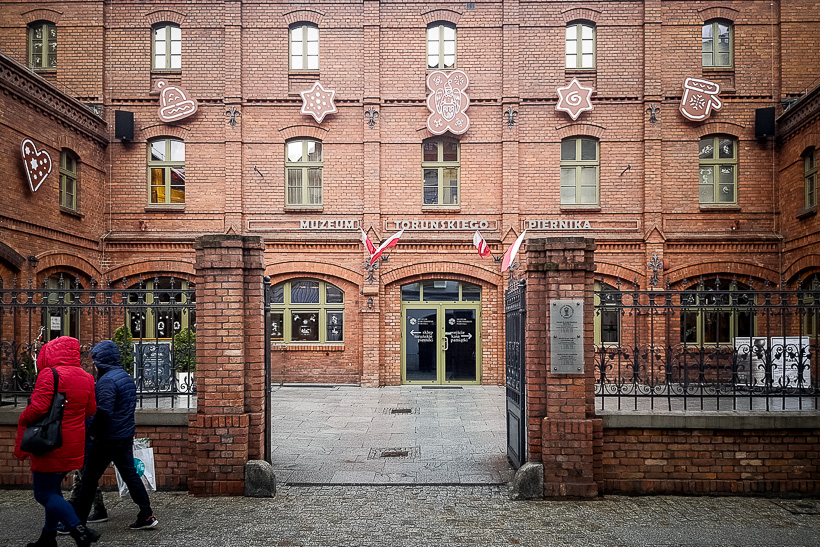 The gingerbread museum, a former factory, pulls in around 100,000 visitors a year.Kalbar/TFN

It was by no means cheap. Touted as an “exclusive and exquisite delicacy with medicinal qualities” (it was, apparently, a recommended cure for stomach ailments), Toruń’s gingerbread commanded top-level prices and its producers occupied a position among the top earners in the city. As the centuries marched forth, industrialization saw further opportunities arise with a clutch of families taking advantage of technological advances to open gingerbread factories and cash in on mass production. Top of the pile were the Weeses’ who converted their modest workshop into a fully-fledged factory in 1824. Exporting as far afield as Honolulu, China and Japan, the appetite for their gingerbread was insatiable, so much so that in 1885 further expansion was deemed necessary. 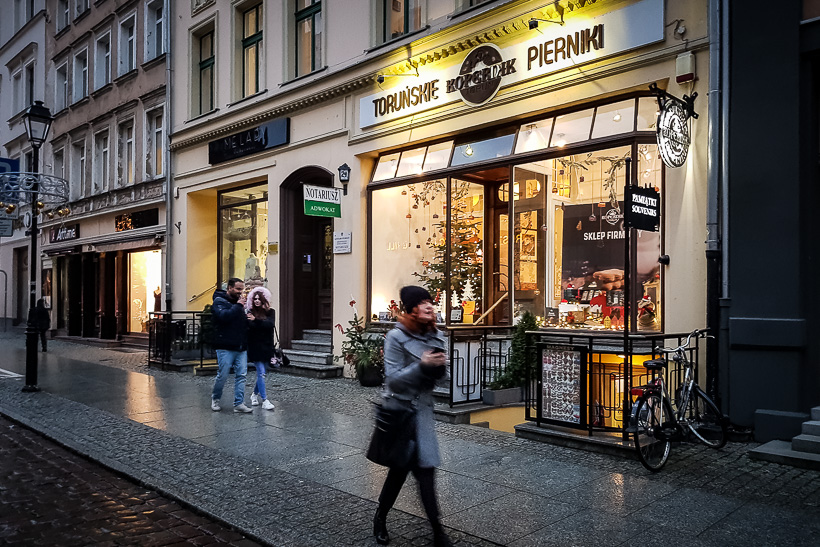 A Toruń gingerbread shop. The centuries have ticked by but the city still makes a profit from gingerbread.Kalbar/TFN

Opened on Strumykowa Street, their new factory became the focal point of domestic gingerbread production, a position it enjoyed until an even bigger complex was founded in 1913. This, however, was not the end of Strumykowa’s gingerbread story. Set inside the former factory, the Museum of Toruń Gingerbread was unveiled to the public in 2015 and has since become an integral attraction drawing approximately 100,000 visitors per year. 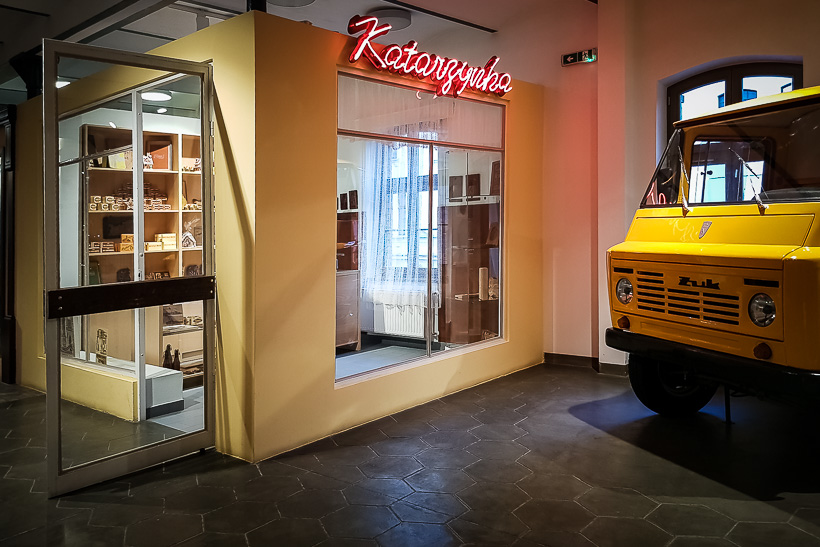 A museum exhibit re-creating the times when gingerbread was under communist rule.Kalbar/TFN

“We hope to show that gingerbread can inspire,” says the museum’s Krzysztof Lewandowski. “We want to show that history has a taste and aroma.” And indeed it does. Held on the ground level in what Krzysztof describes as “the heart of the museum”, over six thousand workshops have taken place since its inauguration, with visitors getting hands-on to cut and cook their own goodies amid the enticing aroma of piping hot spices. 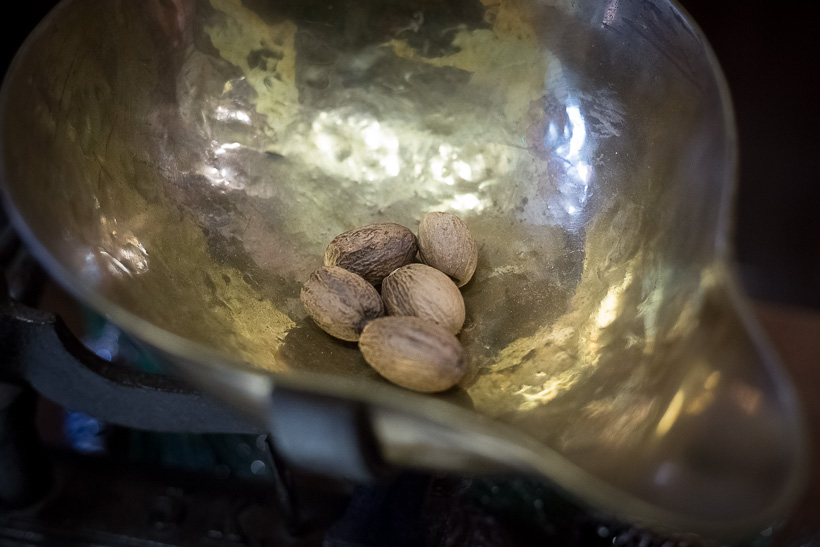 The complexities of Toruń’s wholesome addiction become apparent downstairs where a collection of gingerbread moulds dating as far back as the 17th century have been amassed. Competition among so-called “gingerbread masters” was cutthroat, with producers seeking to distinguish themselves by using elaborate applewood moulds in a variety of designs: often given as a wedding gift and then displayed for its ornamental purposes, gingerbread art was both sophisticated and symbolic with gingerbread coming in the intricate shape of animals, saints, monarchs and suchlike. 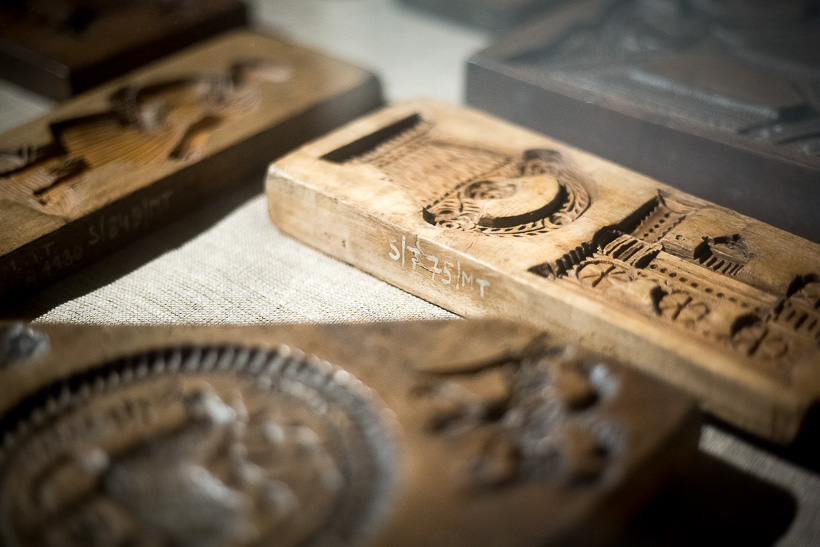 Elaborate applewood moulds were both sophisticated and symbolic, with gingerbread coming in the intricate shape of animals, saints, monarchs and suchlike.Kalbar/TFN

On the upper level, meanwhile, the enduring nature of Toruń’s gingerbread obsession is illustrated by way of numerous dioramas that reveal a typical 19th-century store complete with an original crystal glass window that survived the war after being secretly stowed away, a factory owner’s office, a PRL-era shop featuring austere-looking packaging, and a zippy Żuk delivery van. The message is clear: times may change, the devotion to gingerbread doesn’t. 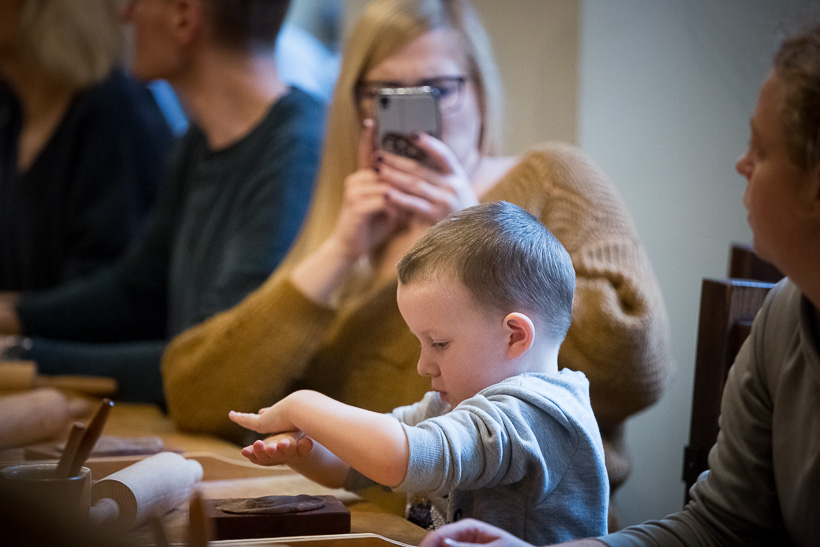 A child gets hands-on and dirty at one of the many gingerbread workshops held at the museum.Kalbar/TFN

Enjoyed by everyone from Napoleon and Copernicus to Pope John Paul II and Tsarina Catherine (who once took delivery of a two-metre long gingerbread cake custom-baked in Toruń), the city continues to be a leading global power in the production of gingerbread with the town’s Kopernik plant – themselves patrons of the museum – churning out 3,500 tons this year for worldwide consumption. “To make great gingerbread,” concludes Krzysztof, “you need good quality flour, honey and spices – but most importantly, you need heart! Toruń has that, and that’s what makes our gingerbread the best in the world!”

The Museum of Toruń Gingerbread