Getting the city buzz. Polish bees go urban and move into cities

On an average summers’ day, the Polish capital is buzzing with commuters, tourists and… bees. Though Polish honey (miód) is rightfully considered delicious, production is no longer limited to the countryside. In recent years, beehives have been installed in strategic locations across Warsaw, including the Palace of Culture and Science, and the roof of the Regent Warsaw Hotel.

This trend reflects the rise of urban beekeeping internationally from San Francisco to Seoul, amid concern about the world’s declining bee population. In Britain, membership of the British Beekeepers’ Association has tripled over the past decade, with many new members living in urban areas.

“Contrary to popular belief, the urban environment has proven to be a refuge for bees,” notes the European Economic and Social Committee on its website, adding that honey-production thrives on the range of flowers growing in cities. In fact, the committee has beehives on the roof of its own building in Brussels. 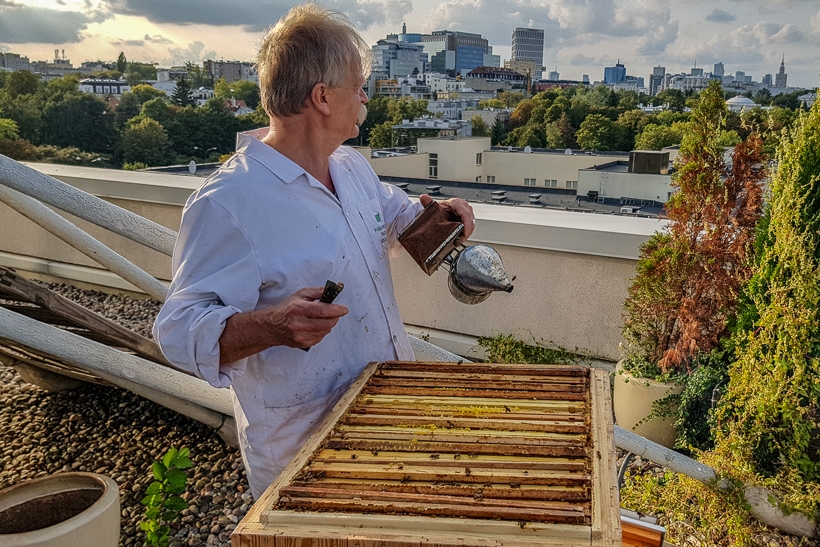 Bee city. A 2014 change to the law allowed bees to be kept in Warsaw.Kalbar/TFN

In 2014, Warsaw City Council decided that bees can legally be kept in the city, amending an outdated law that aimed to prevent farm animals from being kept in the city. Apiaries must be marked and located at least 10 metres away from a neighbour’s windows.

A stone’s throw from the Sejm, the leafy estate of Jazdów is home to some 500,000 bees. They live in beehives cared for by Miejskie Pszczoły (Urban Bees), an NGO that occupies one of the wooden Finnish Houses in Jazdów. 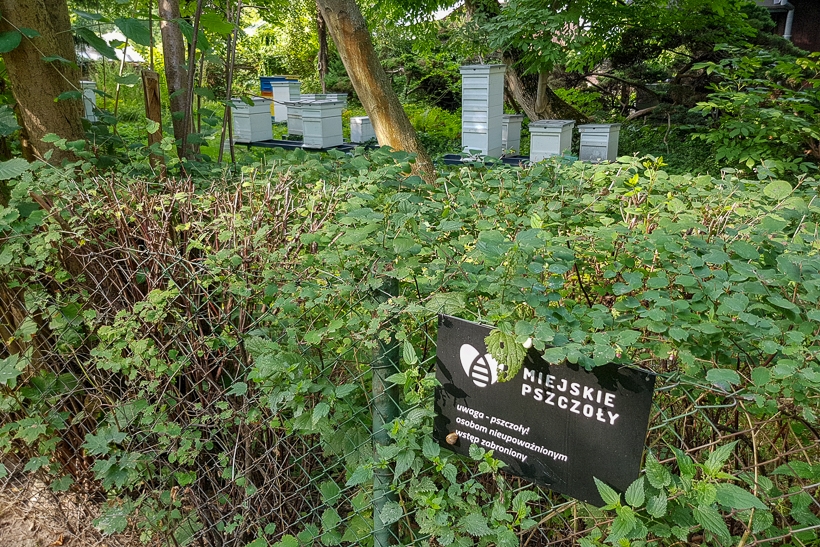 City home. Escaping the use of pesticides in the countryside, bees are increasingly setting up home in towns.Kalbar/TFN

Short of befriending an urban beekeeper or getting one’s own bees, Warsaw honey can be bought at various cafes or online. Pszczelarium, which has apiaries across the capital, offers urban honey, workshops and can even install a beehive on one’s own rooftop or garden at home or at the office. In this way, customers can enjoy their own honey while actively supporting bees. The company also sells honeys by Warsaw district, from acacia honey from Mokotów to linden honey from Wilanów. 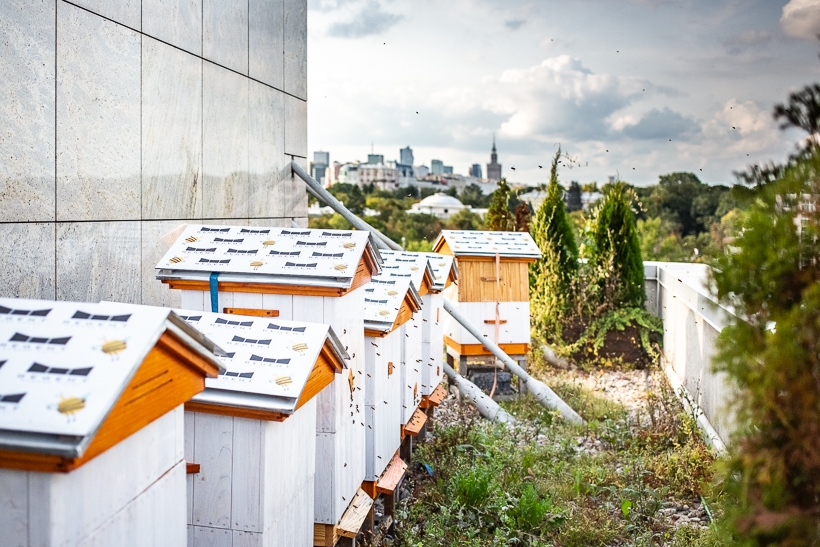 Safe distance. Although bees can be kept in cities the hives must be at least 10 metres from a neighbour’s window.Kalbar/TFN

Meanwhile, urban beekeeping is gaining in popularity in other Polish cities, including Gdańsk and Wrocław, where an apiary housing some 300,000 bees was built on the roof of the Wroclavia shopping centre this summer.

For an easy way to support Polish bees without going full-on urban beekeeper, a campaign by Greenpeace allows people to virtually “adopt” a bee by donating to its bee-protection efforts. 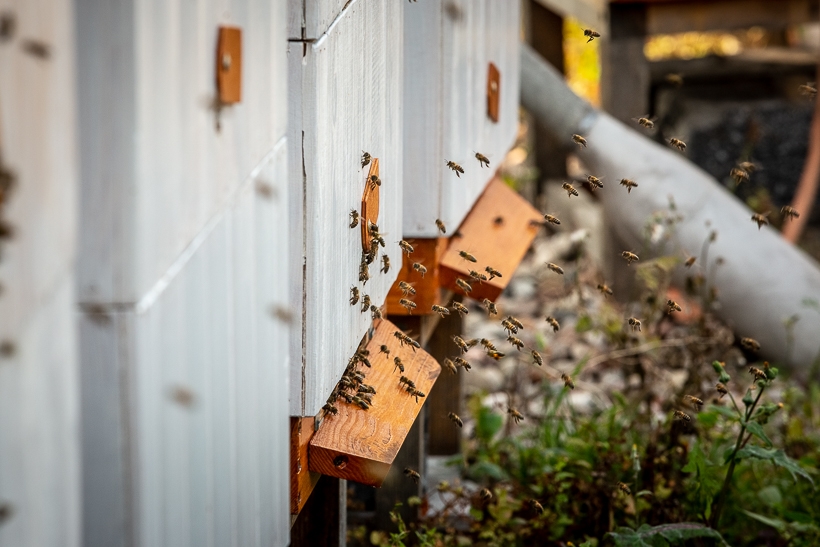 The buzz. The rise of the urban bee means that different parts of city produce different kinds of honey.Kalbar/TFN

Gdynia bees get TLC with help from artificial intelligence