A man who stunned passersby after climbing up the side of the Marriott hotel in Warsaw without a harness or ropes has been arrested.

The 31-year-old who was identified by local media as urban climber Marcin Banot, was captured on amateur video and photos shinning up the 170m tower on Sunday afternoon. 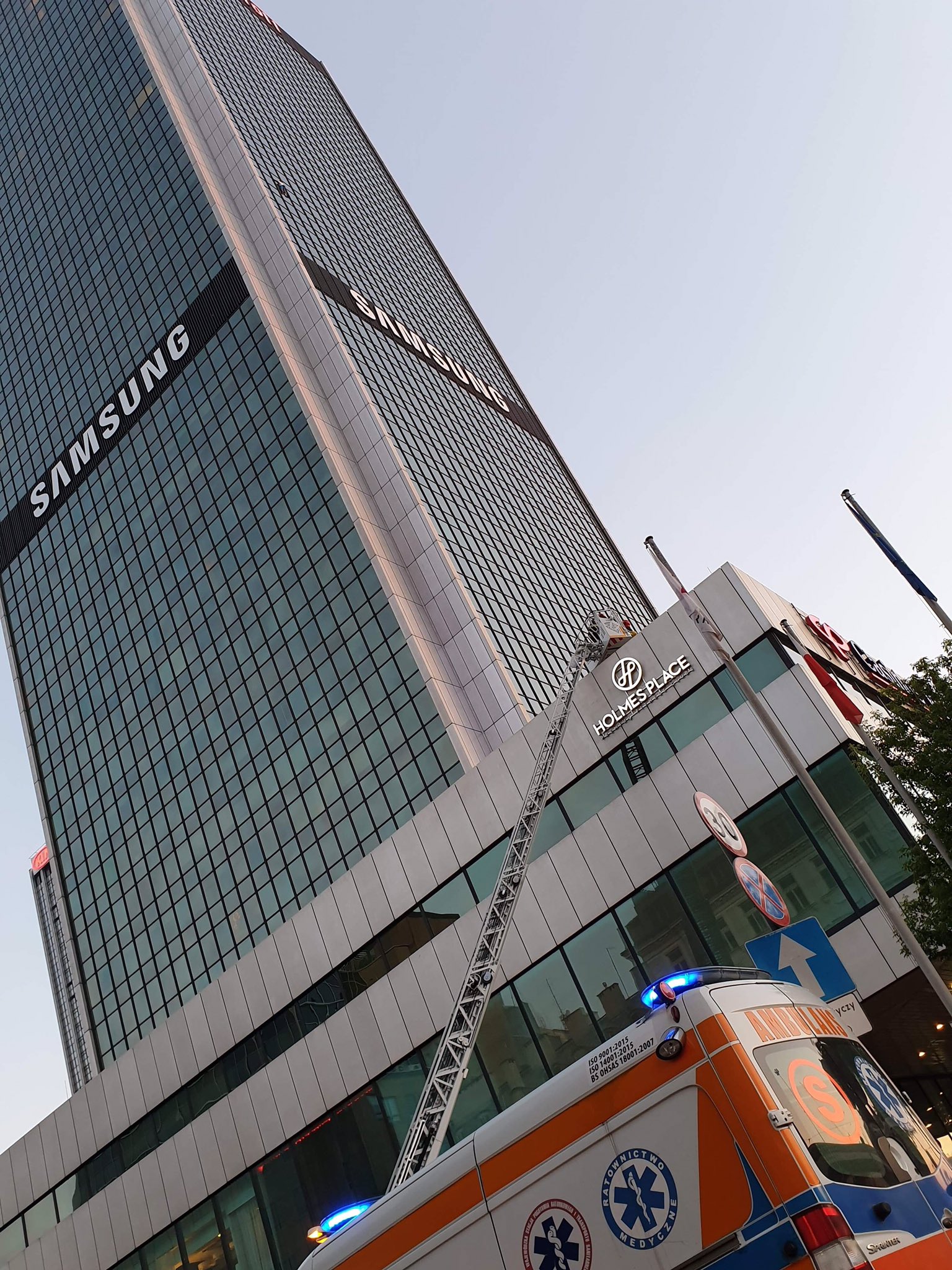 Known as the Spiderman from Silesia, Banot who has over 178,000 followers on his YouTube channel was arrested for public disorder.Miasto Jest Nasze/Twitter

Known as the Spiderman from Silesia, Banot who has over 178,000 followers on his YouTube channel was arrested for public disorder after reaching the top where he was greeted by waiting police officers.

After checking his documents and sobriety, he was asked to attend the police station the following day where he was subsequently charged. 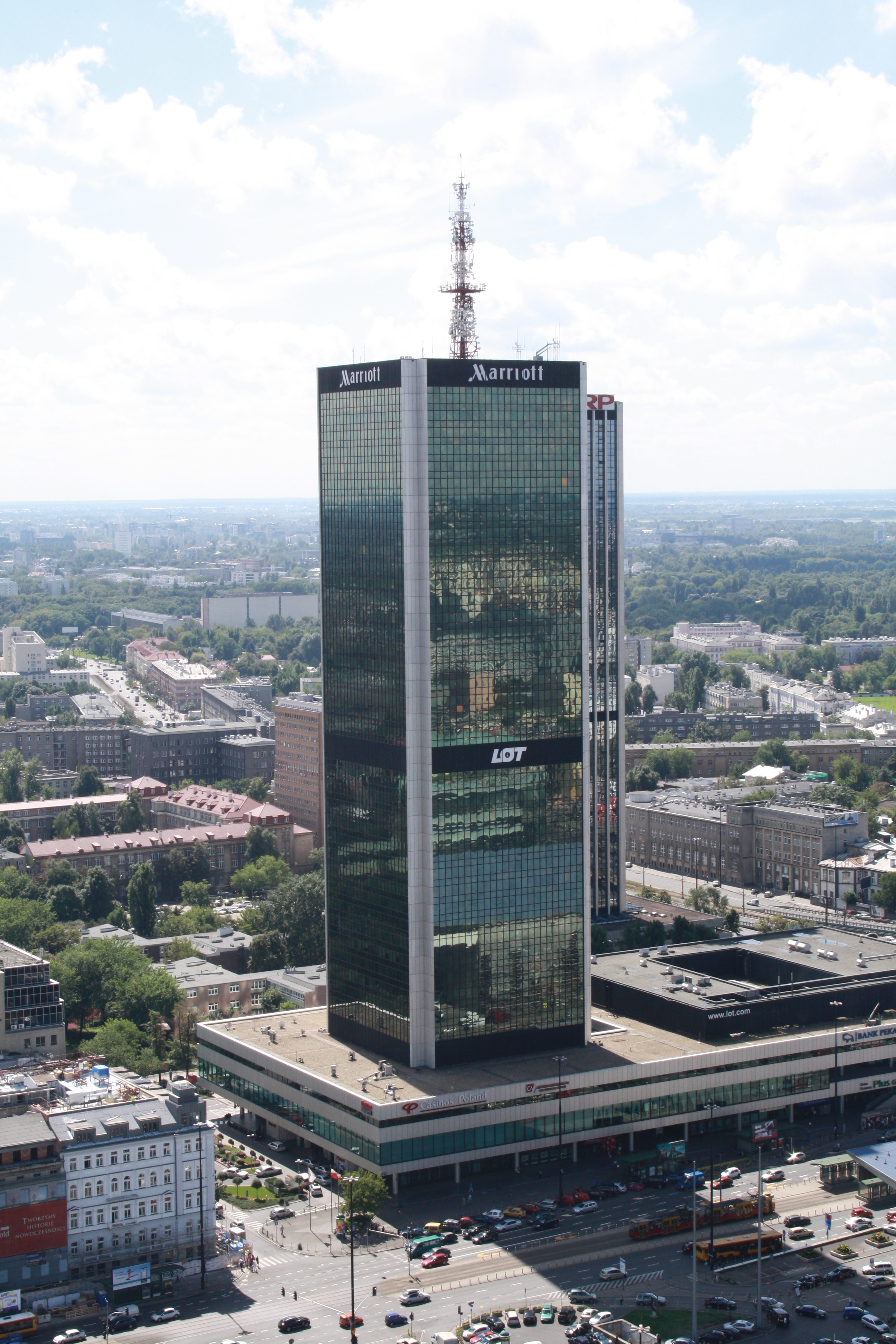 Former US President Barak Obama and Russian president Vladimir Putin are just two of the notables to have stayed at the 42-storey hotel.Severo

Known as BNT, Banot has a long history with urban climbing having previously scaled a 350m high chimney in Romania, the Humber Bridge in the UK (155m) and the Hotel Melia Barcelona Sky (117m), as well as a host of abandoned factory chimneys in his home region of Silesia. 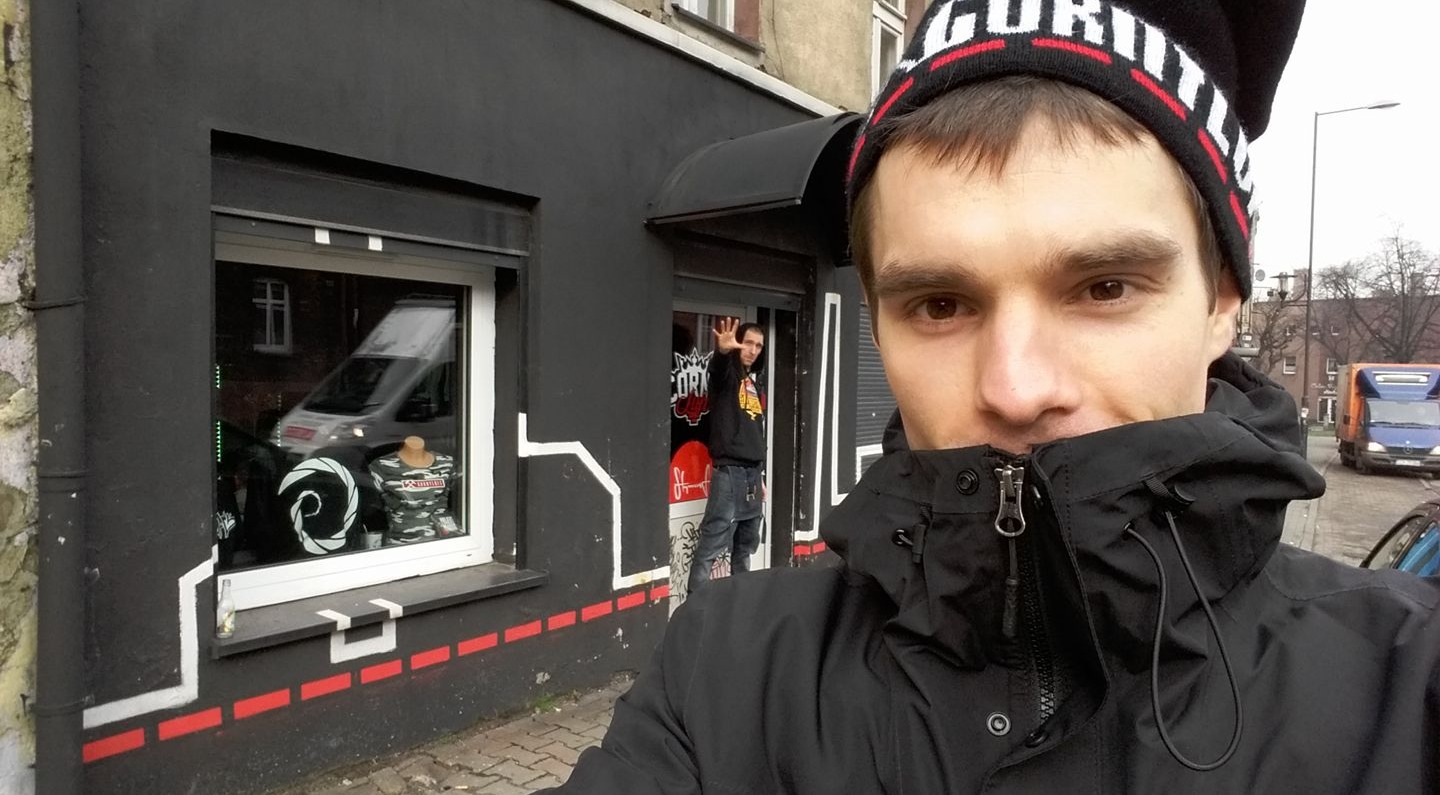 The 31-year-old who is from Silesia and runs his own video and photography business says death doesn’t scare him as ‘we begin to die the day we are born.’BNT fhujHD

Asked if he was ever close to death, Banot replied: “This question would require a very long answer, as it is a philosophical subject. Seriously speaking, we are close to death from the moment of our birth, we actually die every day  of our lives. I am close to death every day by driving a car.” 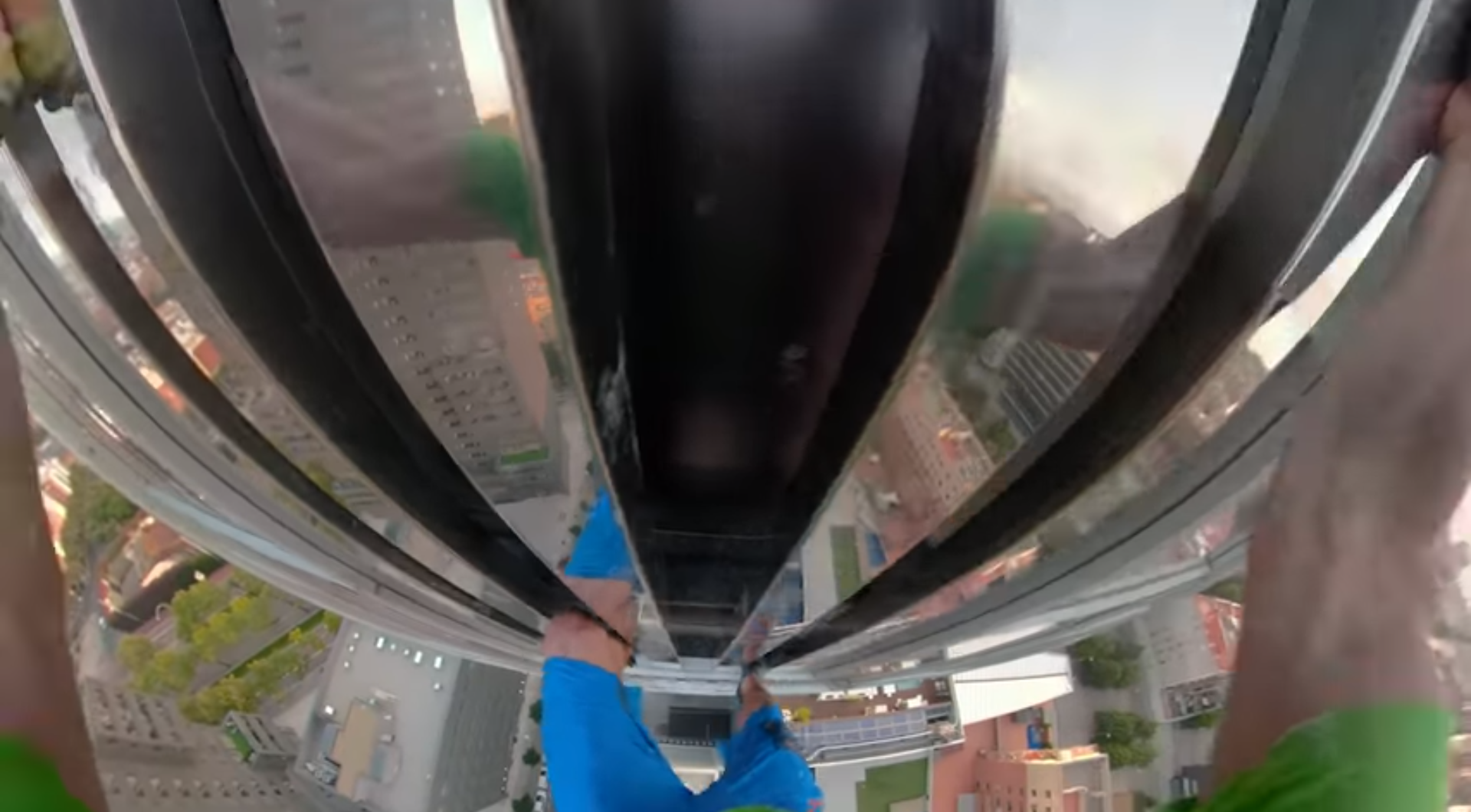 When asked about his motivation he said: “I’m not sure if this is about my need to show off and seek attention, it’s a bit against my introvert character, but this is the case. 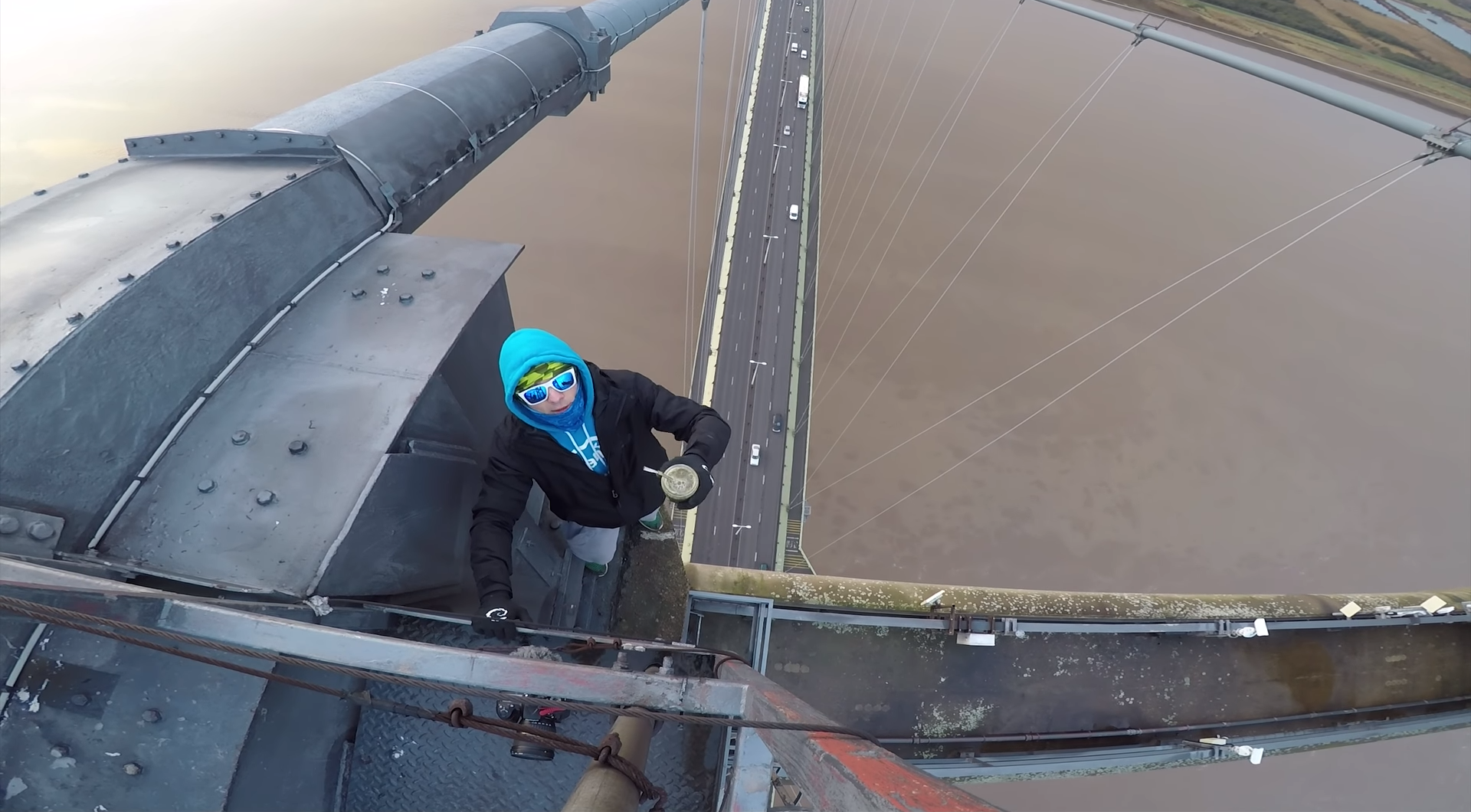 Last year also saw him scale the UK’s highest bridge, the 155m Humber Bridge where he drank his favourite Yerba drink before running across the top of the bridge. BNT – Siemanko/YouTube

“I like to show off because it helps me fight against depression (…). Such risky behaviour help me feel better, since when I climb a chimney, I feel extremely stressed.

“At this time I often forget about all my problems and mundane matters.” 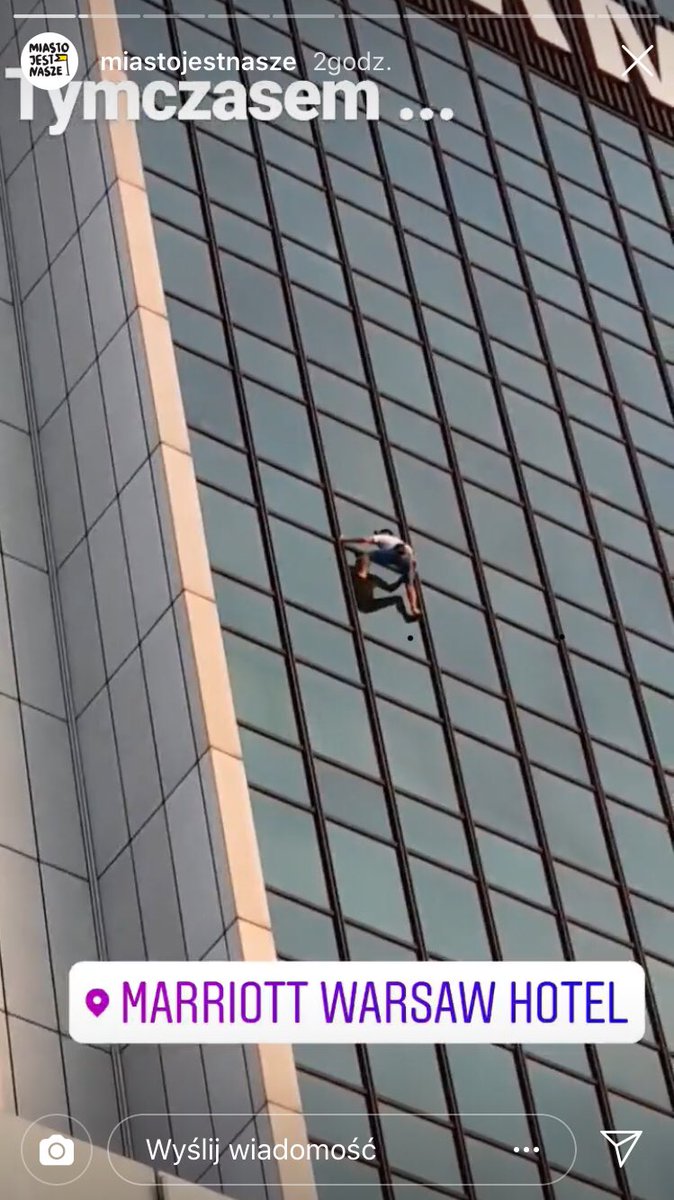 When asked why he risked his life using only his hands, Banot said: “I’m not sure if this is about my need to show off and seek attention, it’s a bit against my introvert character, but this is the case.”Miasto Jest Nasze/Twitter

In addition to his death-defying climbs, the Silesian Spiderman runs his own photography and video business and sells climbing gear and gadgets which he often takes with him including a distinctive neon green flask and his favourite drink – yerba mate which he likes to sip on top of chimneys, bridges or buildings he just scaled.