Getting back to business: Shopping centres, hotels and kindergartens to reopen next week, says PM

Poland will re-open shopping centres and hotels from May 4 and creches and kindergartens from May 6, PM Mateusz Morawiecki has announced.

In an online press conference, the PM said that shopping centres will have to observe a sanitary regime, with a limit of one person per 15 square metres of shopping area.

Customers will have to wear masks and disposable gloves and keep a two metre distance from another person. 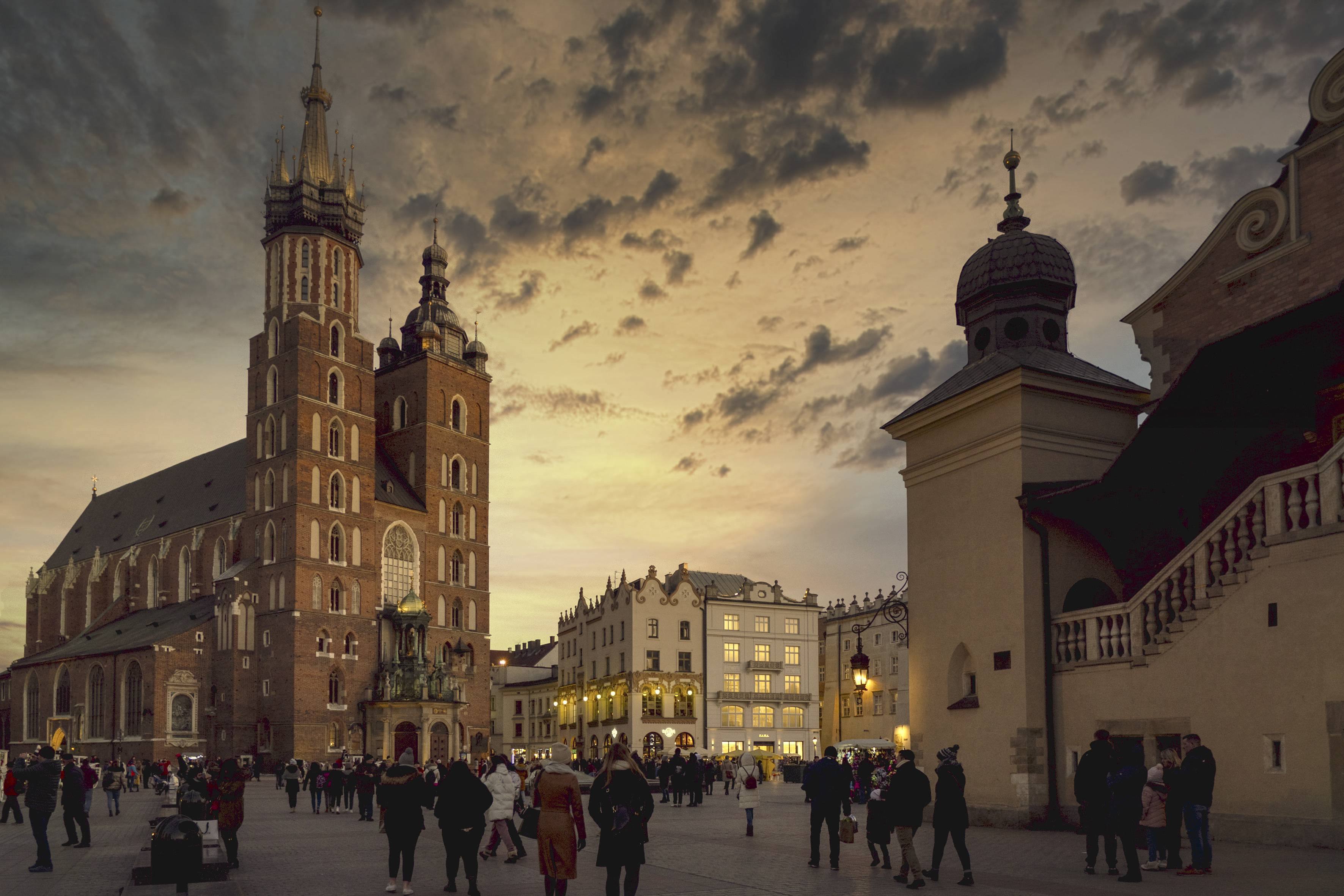 The reopening of hotels in tourist hotspots such as Kraków will be a welcome relief for hoteliers, but hotel restaurants and recreational areas will remain shut.Jerzy Ochoński/PAP

However, no food courts or on-site catering services will be allowed to re-open yet and fitness clubs, recreational areas and cinemas located in shopping centres will remain closed as well.

Hotels will be allowed to re-open if they ensure that special safety measures are in place but hotel restaurants and recreational areas will remain shut.

The PM added that the government was thinking of re-opening restaurants "in further stages" of the unfreezing process. 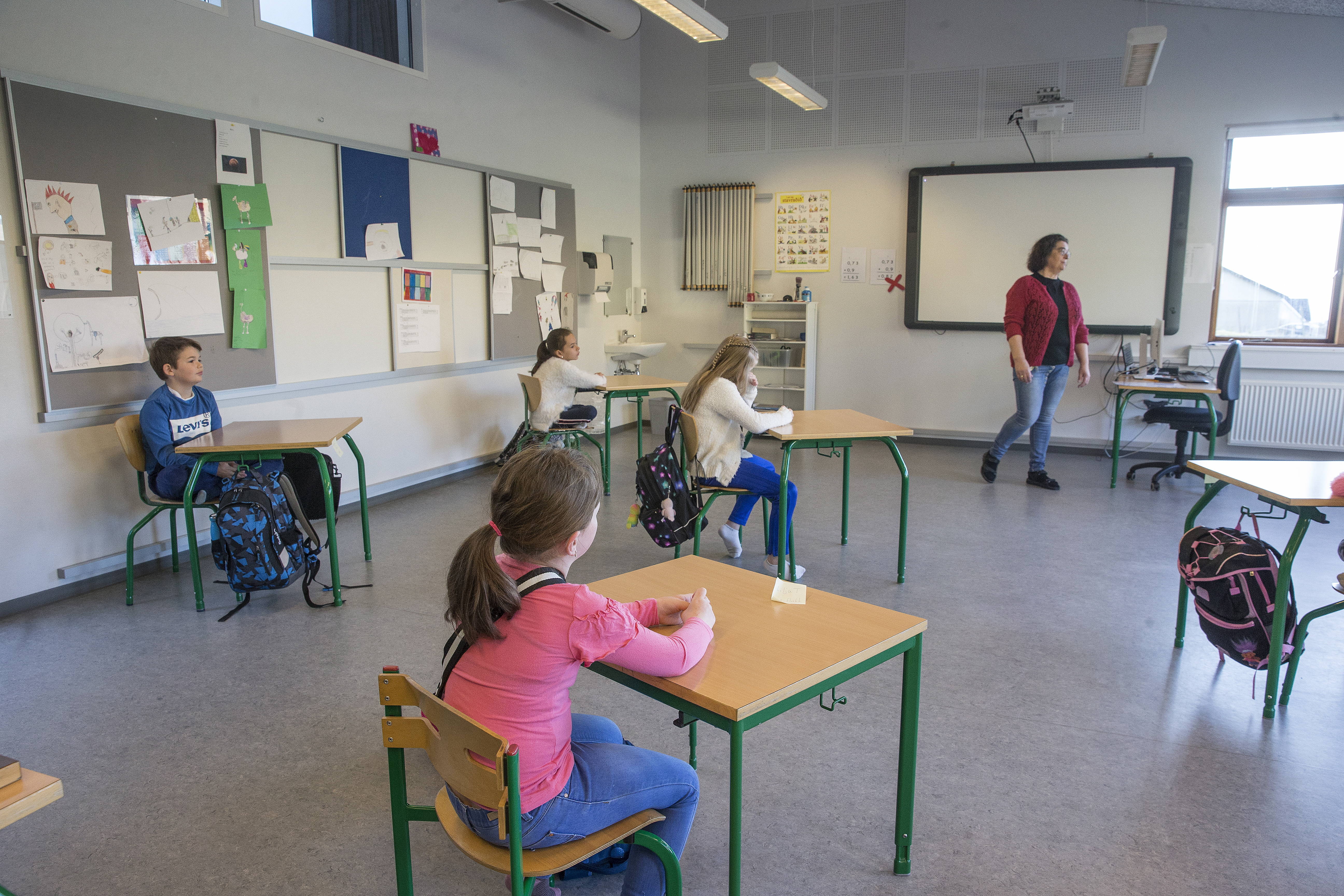 Creches and kindergartens will be allowed to re-open from May 6.JENS KRISTIAN VANG/PAP/EPA

Morawiecki also confirmed that tour and hotel operators will receive government aid, similar to other sectors that have borne the brunt of the crisis.

Under the government programme, some 670,000 companies will receive PLN 100 bln (EUR 22 bln) in government aid to help them survive the economic slump sparked by the coronavirus epidemic.

The government has so far managed to save some 2 million jobs. The PM said: "I want to save as many companies as possible from bankruptcy (...) to save Polish jobs." 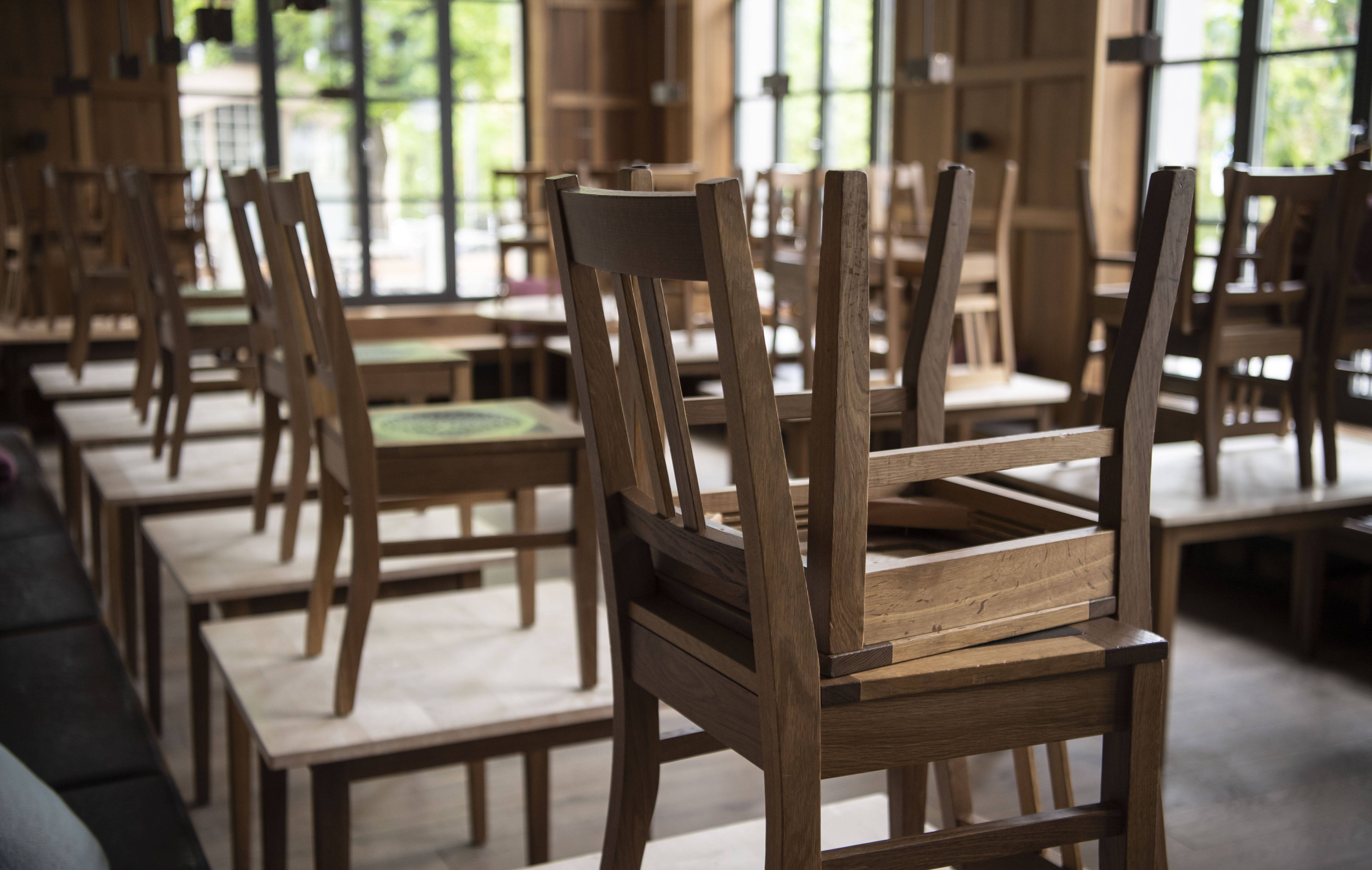 Creches and kindergartens will be allowed to re-open from May 6, but each time the decision will be made by the facilities' founding authority, and the government will continue to provide care allowance for parents who are unable to send their children to a creche or kindergarten.

Medical rehabilitation services will be brought back from May 4.

The next stages of unfreezing the economy will be announced every fortnight, but some elements may be sped up, the prime minister also said. 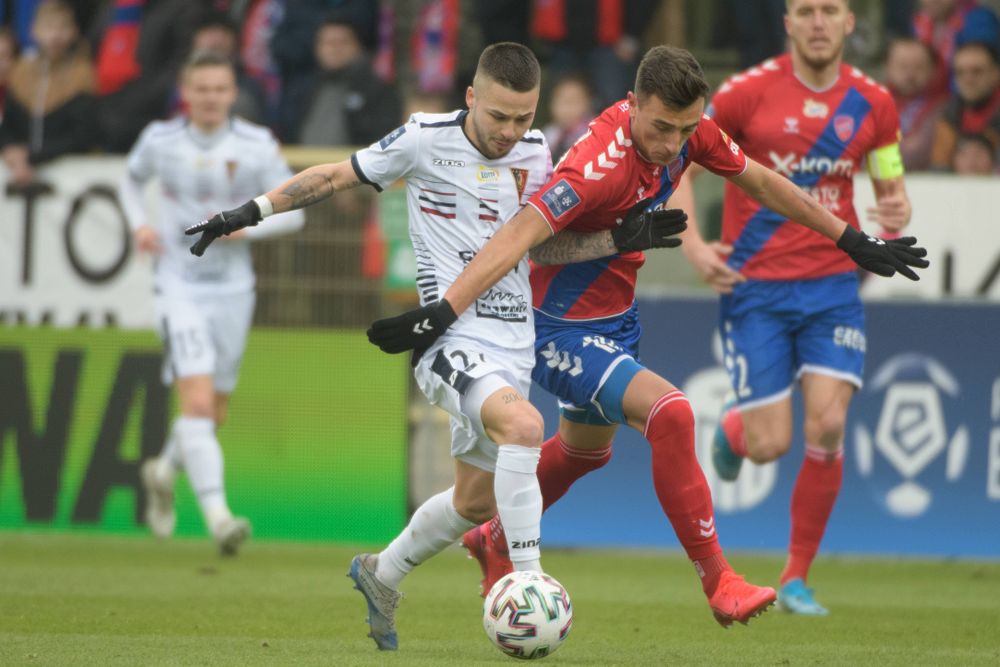 On April 25, Morawiecki announced that recreational sport activities will be allowed outdoors from May 4.Grzegorz Michałowski/PAP

Morawiecki said that for the first time since the coronavirus outbreak in Poland , the daily number of new recoveries now exceed the number of new infections.

New infections have oscillated between 263 and 381 over the past ten days. 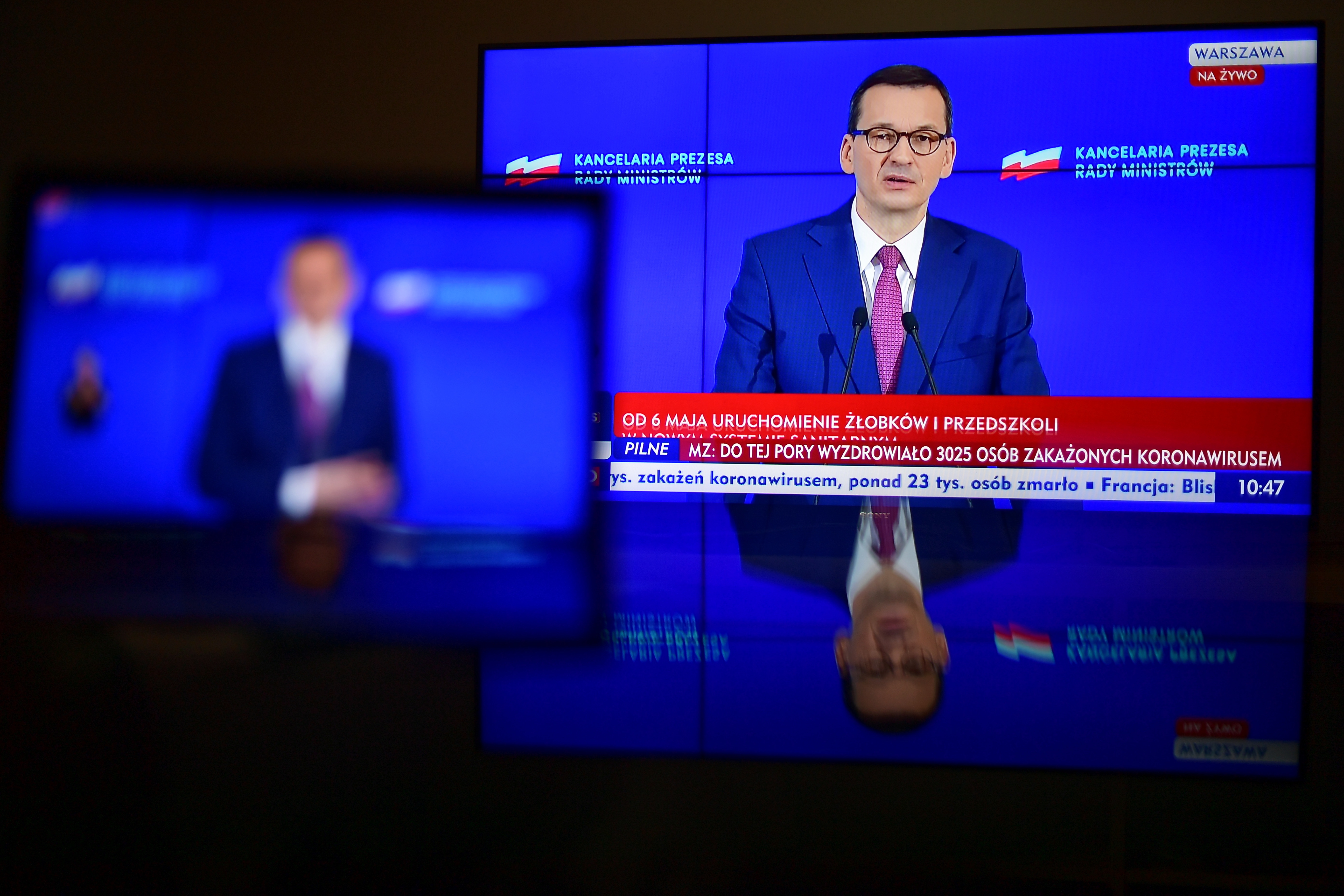 The PM said that the next stages of unfreezing the economy will be announced every fortnight, but some elements may be sped up.Marcin Obara/PAP

Despite this, the prime minister warned against lifting restrictions too early, which could put an excessive burden on the healthcare service.

The number of confirmed coronavirus infections in Poland have increased by 197 since Tuesday evening and reached 12,415, the Ministry of Health said earlier on Wednesday. Another 10 people have died, bringing the death toll to 606.

Health Minister Lukasz Szumowski, has urged the public to behave responsibly and observe social distancing as well as wearing masks in public. He said this will determine how the epidemic develops in Poland, warning that if Poles failed to observe the regime, the situation could spiral out of control, similar to that in Spain or France. 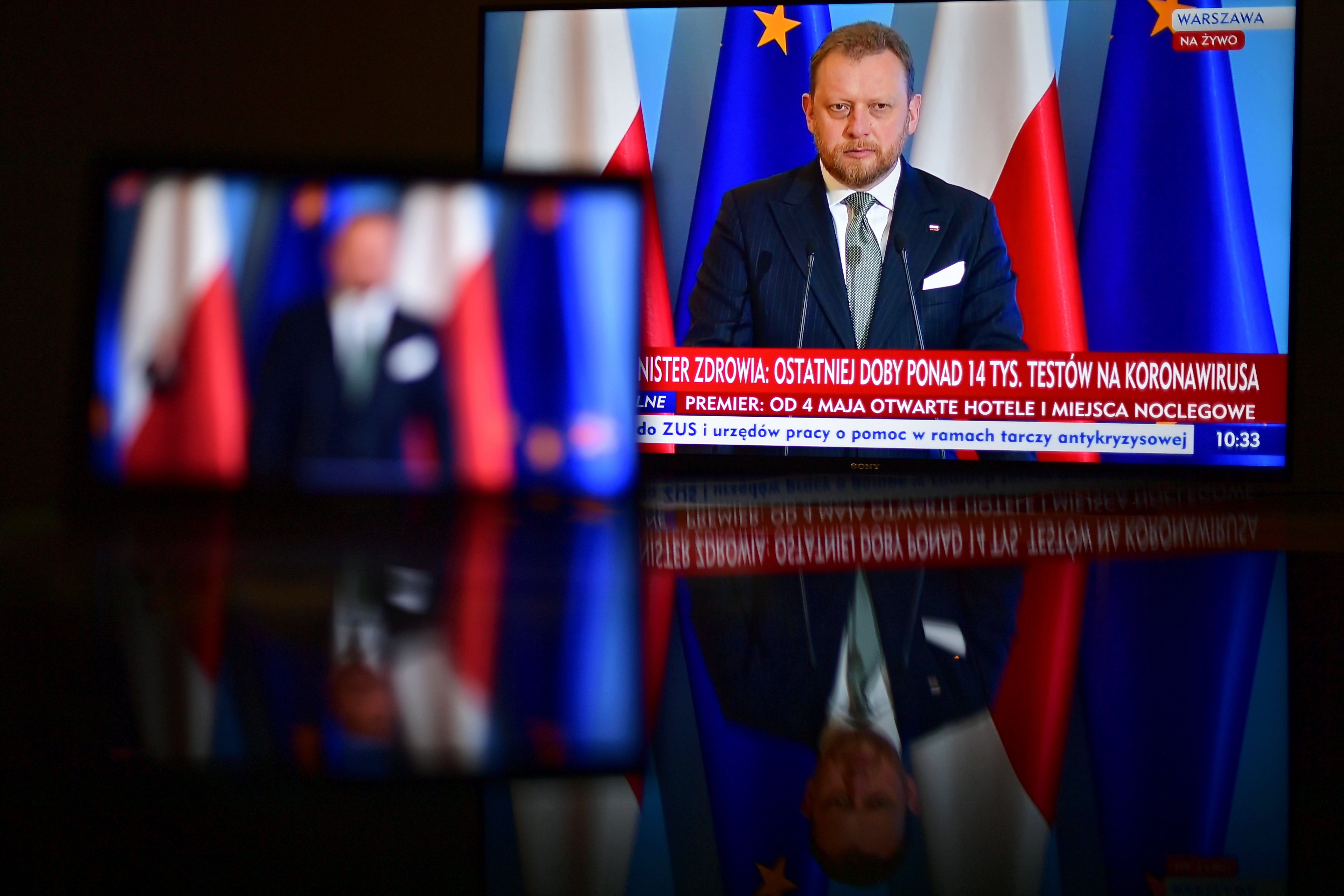 Health Minister Lukasz Szumowski has urged the public to behave responsibly and continue to observe social distancing as well as wearing masks in public.Marcin Obara/PAP

Poland imposed the first coronavirus limitations on March 8. On March 20, a state of epidemic was announced, leading to the introduction of a general lockdown from March 24. On March 31, the government toughened restrictions on the movement of people.

On April 20, the government re-opened parks and forests to the public and eased the limits of shoppers in grocery markets.

On April 25, Morawiecki announced that recreational sport activities will be allowed outdoors from May 4.

Top league soccer games will return on May 29 and speedway races on June 12.