Get onboard The Matrix

It’s all in the planning.

Forgive me for stating the bleeding obvious (you have to nowadays, don’t you find?), but knowing what you’re getting yourself into is kinda’ crucial when you’re travelling – and the closer you are to home, then the more it actually matters.

Think about it. If you’re off on the holiday of a lifetime to Australia or Bali you’re unlikely to be disappointed unless you’re eaten by a shark. Staying in Poland, mind you, remains a bit of a minefield: for the sake of overall enjoyment, it really helps your cause if you go somewhere that’s of direct and personal interest. 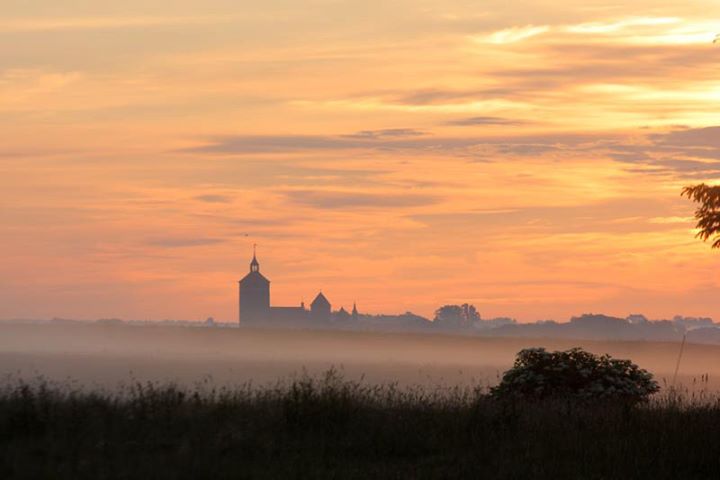 Peering up through the thick November fog, one could just about trace the outline of a 14th century zamek balanced on a wedge of heavy rock.Zamek Reszel/Facebook

I know scores of people who’ll spend three months planning their foreign excursions as if plotting a military campaign, yet will embark on a Polish weekend break on a wing and a prayer.

“So what do we do now,” they’ll ask when they finally arrive.

I guarantee you, they’re always the plonkers that’ll end up complaining. 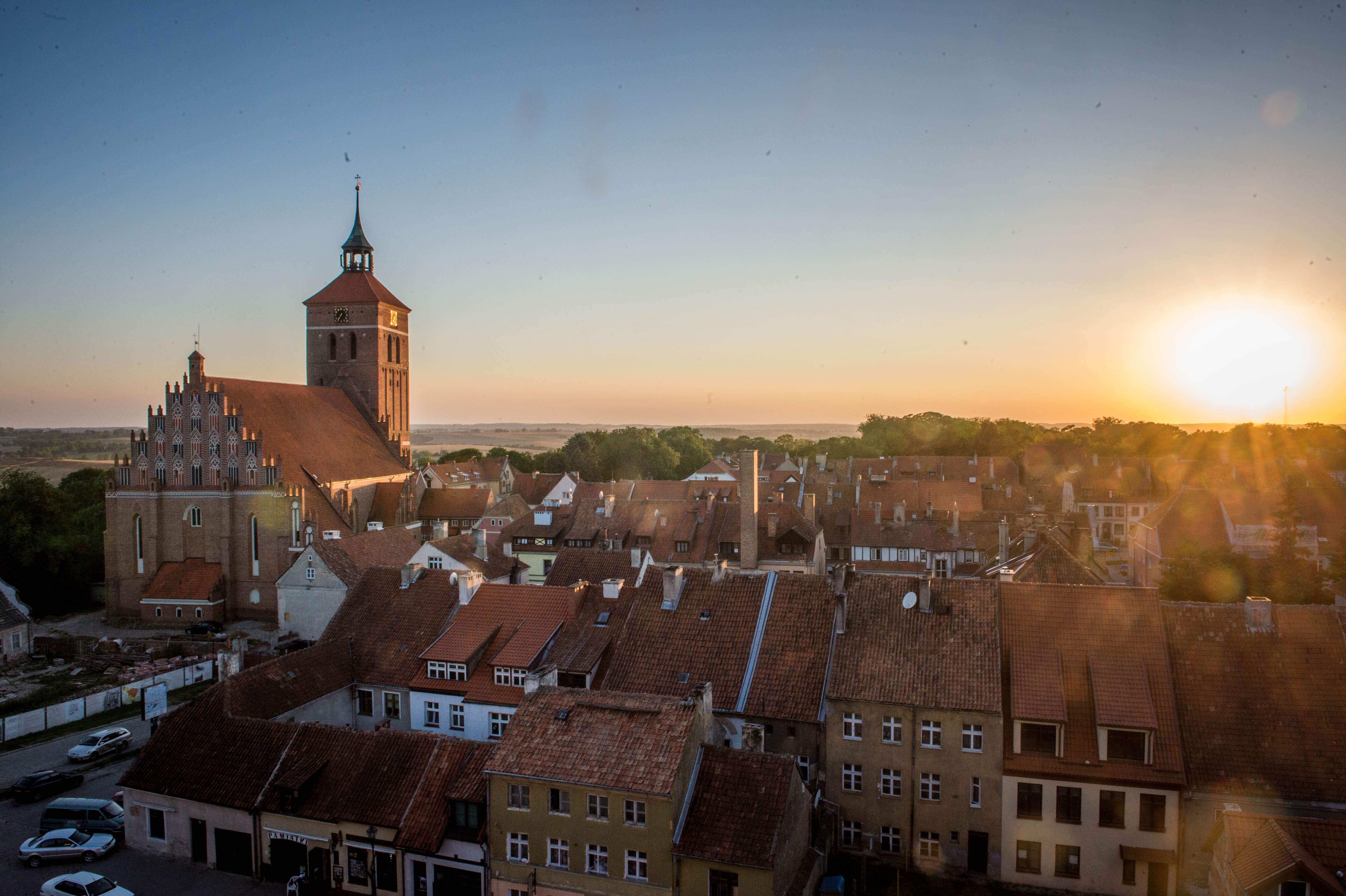 Rebuilt after destroyed by fire in 1807, Reszel is a place of pretty red-tiled roofs and ivy-clad facades.TFN

I don’t, and that’s because I deploy a highly confidential weapon that I refer to as The Matrix.

What is this mysterious, powerful instrument? Most would probably call it Google. A remarkably user-friendly innovation, its uncanny ability to seek out the things I’m after is rather quite impressive. And boy, that’s a list and a half. From the top (and excluding things likely to get me sacked or jailed) that ranges from a castle; a river and / or lake; a ghost; craft beer; World War II ‘stuff’; a wacky hotel; some strange local legends; and a small little Old Town with a couple of bars. When these criteria overlap, then The Matrix overheats and registers a result. Try it yourself one day.

Essentially, that’s how I first found out about Reszel and its encompassing charms. First visiting around 13-years back, it’s a first impression that’ll keep with me for life. Arriving by car (there really is no other way), entry to the town was via a skinny Gothic bridge spanning a steep ravine swirling in horror film mists. On the other side, clattering over cobbles and past prim rows of neat townhouses, the car eventually jerked to a halt at the foot of our target: the town’s castle. 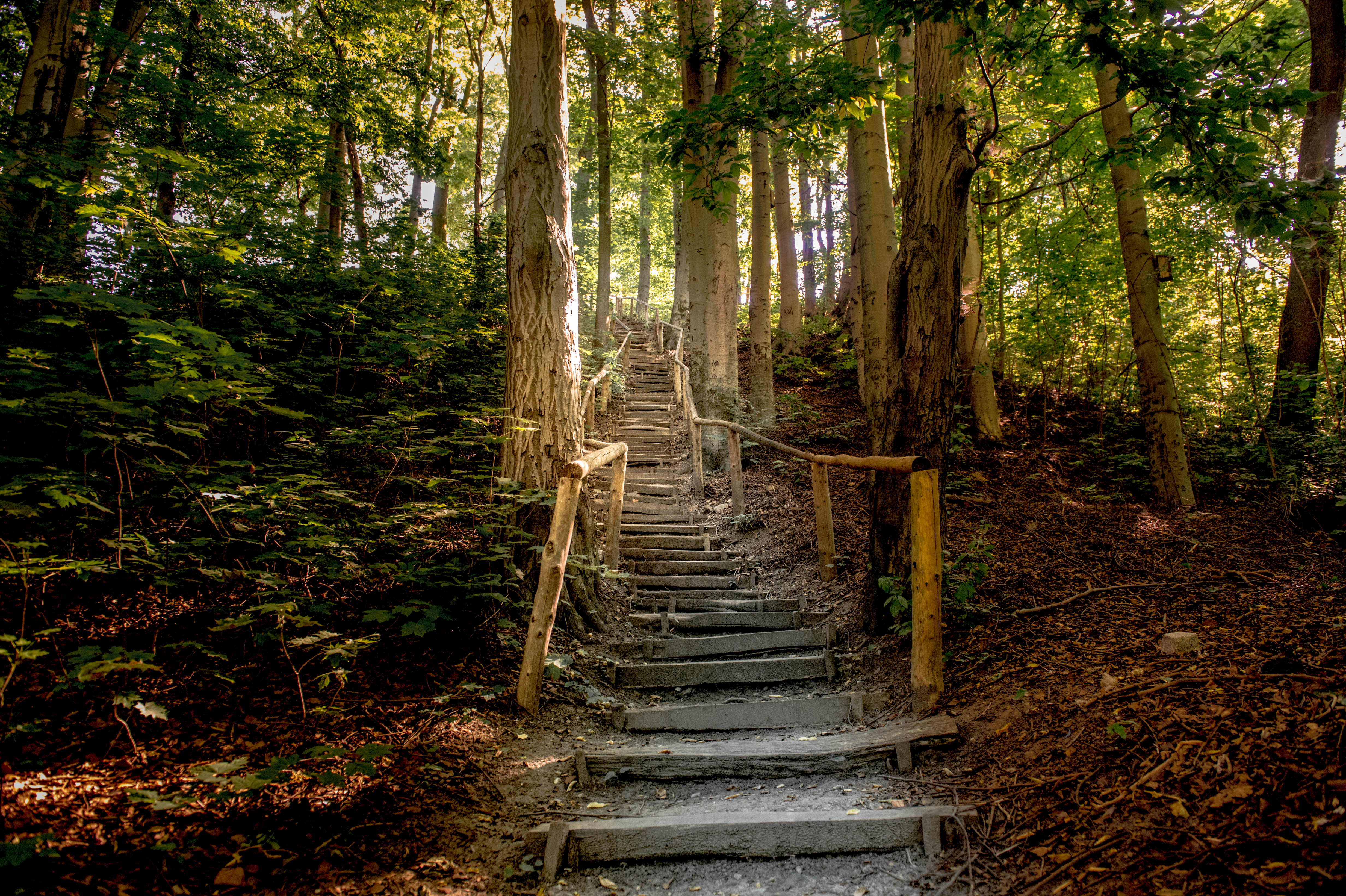 Cut into the silent greenery, secretive pathways disappear into the forests as if challenging exploration. Such is their depth, you wouldn’t be surprised if you emerged in a world of hobbits.TFN

Peering up through the thick November fog, one could just about trace the outline of a 14th century zamek balanced on a wedge of heavy rock. The spell was cast and I became a visitor for life.

Now Reszel Castle could have been created with ghost stories in mind. So the legend goes, in 1807 a fire ripped through the Old Town set below. Ignoring basics such as legitimate evidence, authorities soon pointed the finger at the town oddball, a maid called Barbara Zdunk, and for the next few years she was held captive in the castle dungeon. When, finally, the decision was made to fry her at the stake, she became the last European to be torched for witchcraft.

No justice, no peace. Haunting Reszel ever since, Zdunk’s vengeful reputation is such that the Ghosthunters International TV crew found themselves once dedicating an entire episode to film in the town – although they largely discredited any supernatural presence others have been quick to debunk the debunkers. 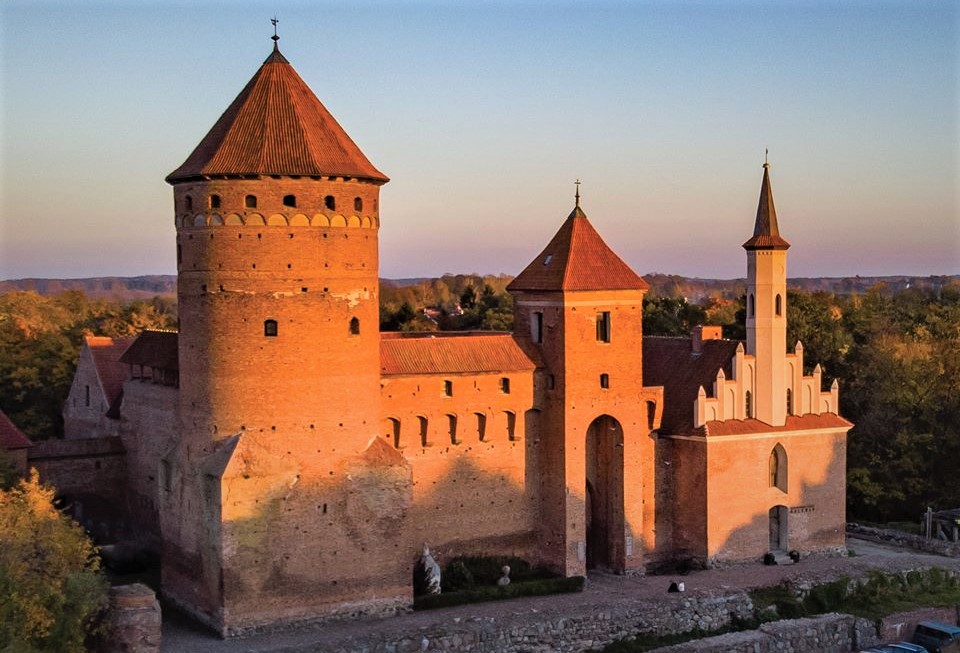 No matter what season you’re there, the castle itself is something a little special, its red brick form glowing and glimmering as the sun sets over town.Zamek Reszel/Facebook

“I work here,” confided a worker once to me. “It’s not a TV show. It really can get creepy.”

On that front I agree. Doubling as a hotel, Reszel was revived as an “artist’s retreat” well before I became a regular, and although it’s become a little more mainstream in its custom over the years, it retains a spirit that’s as unique as it deserves.

Handed the kind of clunky keys you’d normally associate with a serial killer’s attic, rooms are, admittedly, not quite what befits the setting itself. Or maybe they are. It’s not a boutique experience that lends itself to pampering, rather a stay where you’re as likely to find a cobweb in the cupboard as you are soap in the shower. And good luck with wifi. I’m fine with that. 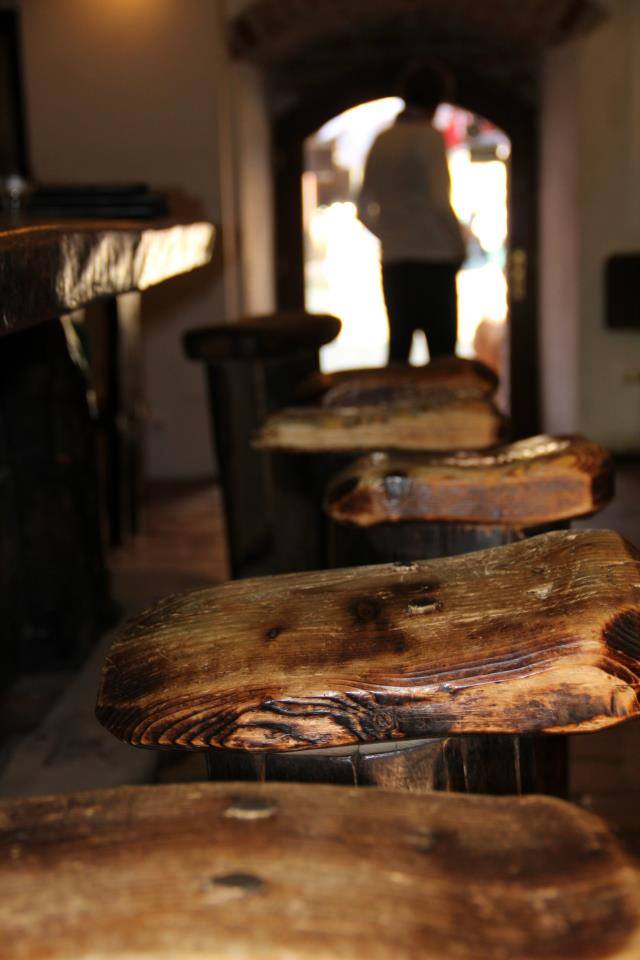 Set in a dark, vaulted space, the bar is reputed to be haunted by a deceased local artist named Mr. Franciszek. Cold spots form around his favourite barstool and those that sit on his perch talk of being overcome by feelings of discomfort and sudden waves of panic.  Zamek Reszel/Facebook

I’m fine with that because this is not a castle stay that’s bent itself to the will of the modern world. It’s authentic and real and all the better for it. As rudimentary as the accommodation can be, it chimes well with the experience itself.

Treacherous stairs, slit windows, strange creaking sounds: that’s what castles are all about. Reszel has them in abundance.

It has a bar, as well. And what a place that is. Set in a dark, vaulted space, it’s reputed to be haunted by a deceased local artist named Mr. Franciszek. Cold spots form around his favourite barstool and those that sit on his perch talk of being overcome by feelings of discomfort and sudden waves of panic. 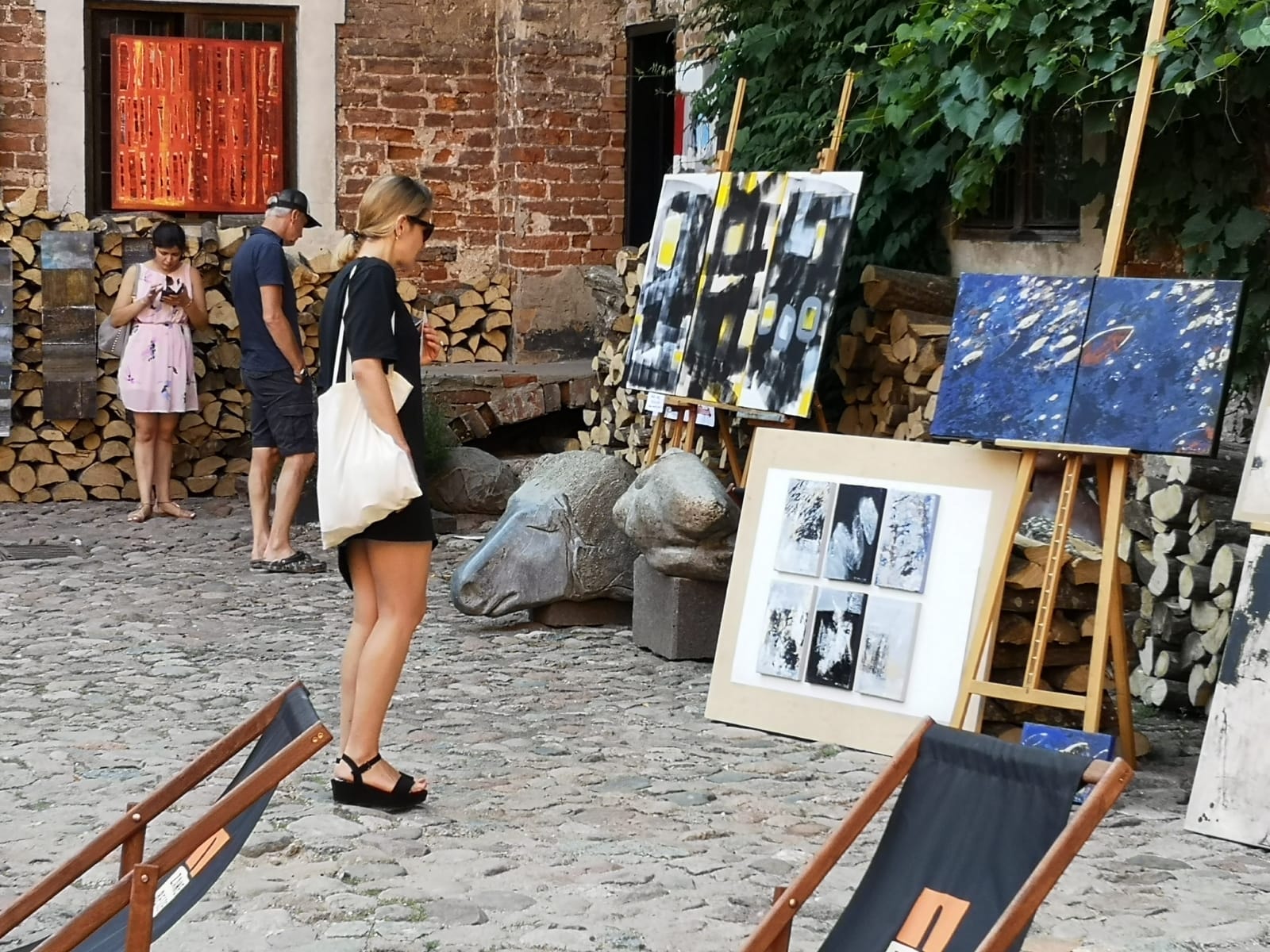 The castle has also become something of an artists’ retreat with regular exhibitions showing off talent from across the country.Zamek Reszel/Facebook

I’ve had these myself, though I’ve always tended to blame those sensations on the petrol station hot dog that I had coming up.

But no matter what season you’re there, the castle itself is something a little special, its red brick form glowing and glimmering as the sun sets over town. Casting shadows almost impossible in length, you stand there in awe of the architects that made it happen.

What a town, as well – largely rebuilt after that aforementioned fire, it’s a place of pretty red-tiled roofs and ivy-clad facades. Ensconced by a curling river, explorations lead to ethereal woods that are as forlorn as they are enchanting. Cut into the silent greenery, secretive pathways disappear into the forests as if challenging exploration. Such is their depth, you wouldn’t be surprised if you emerged in a world of hobbits. 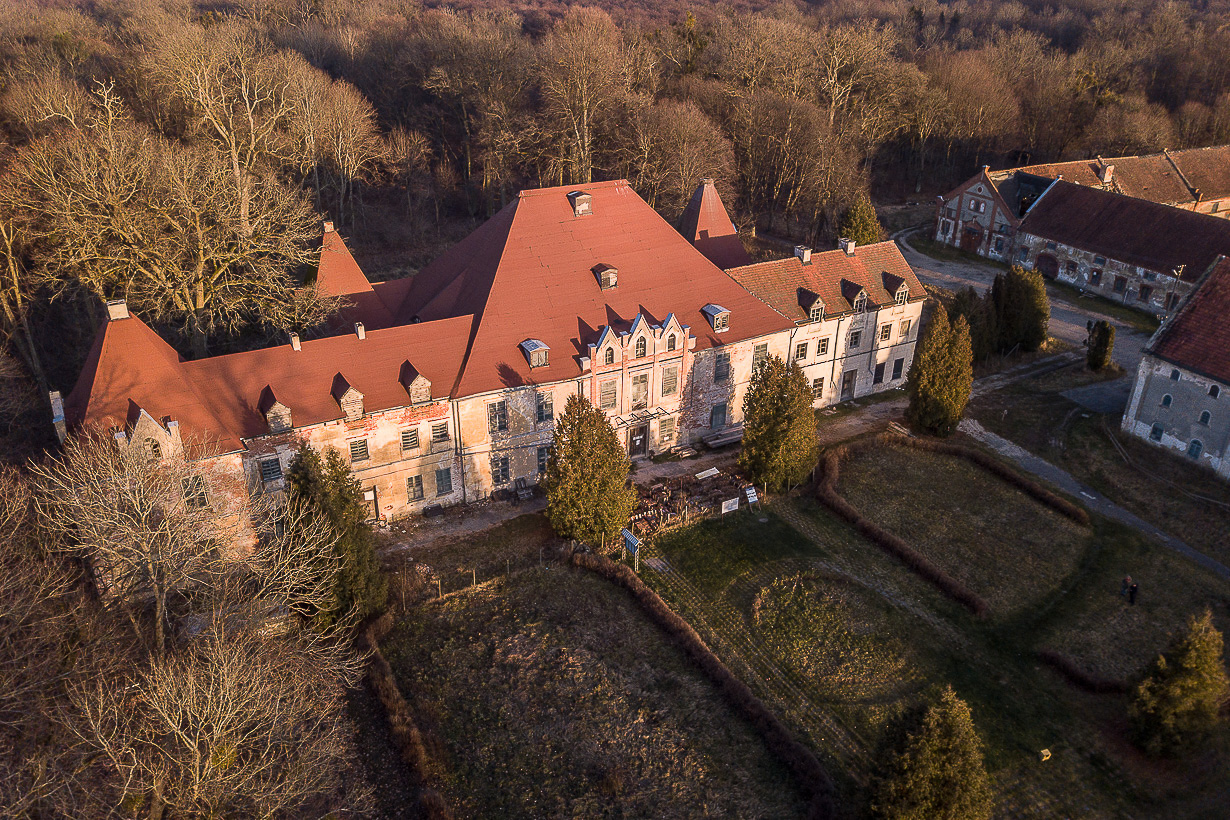 Nearby is the lakeside town of Sztynort, crowned by a ruined palace that was once appropriated from its anti-fascist owners by Ribbentrop, Nazi-Germany’s Foreign Affairs Minister.Kalbar/TFN

Always, mind you, the reason I’ve gone up there is for the region itself. I mentioned “war stuff” and here you really really have it. Hitler’s Wolf’s Lair is the best-known of all, and it’s mammoth, tomb-like ruins never fail but to remind me of Shelley’s sonnet Ozymandias. As his poem, it is a place where “half-sunk, shattered visages lie.” Where “trunkless legs of stone stand”, and where, “among these colossal wrecks” you are reminded of the folly of humanity: “My name is Ozymandias, king of kings: Look on my works, ye Mighty, and despair!”

Penetrating yet further, other sites await. A swampy canal lock – often mistakenly reported as being a U-Boat pen – sits half-hidden but now transformed into a zip-wire attraction from which dare devils plunge in exchange for some coins.

Occasionally mysterious, often just tacky, it is these things that keep me coming back; Mazurolandia, for instance, a minor league theme park based around miniature reconstructions of regional landmarks. Corny as it is, it’s a little perky thrill that keeps car journeys fun: “what about stopping here?” 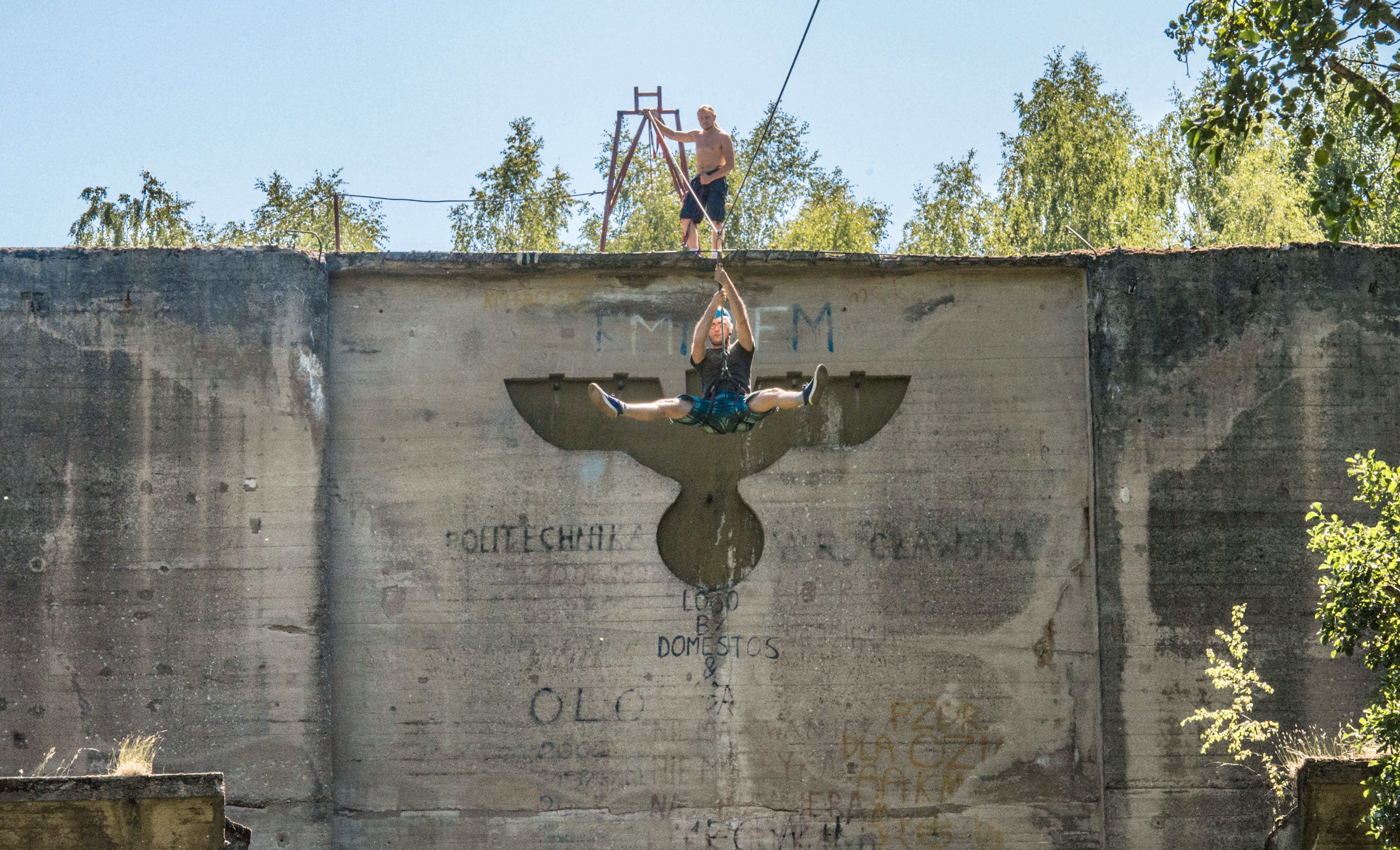 A swampy canal lock – often mistakenly reported as being a U-Boat pen – sits half-hidden but now transformed into a zip-wire attraction from which dare devils plunge in exchange for some coins.TFN

You do, and there you find a world of tiny fascinations: not just scale reproductions of local wonders such as the miracle-inducing Święta Lipka religious complex, but random displays of historical finds – bayonets, insignia, bottles. Nothing much, until you fathom that there was once a time when the things you looked at were used by a person that could have been you.

And just beyond, Sztynort, a lake-side town whose full-time population of under 200 soars each summer when it hosts a sea shanty festival. Crowned by a ruined palace that was once appropriated from its anti-fascist owners by Ribbentrop, the Nazi Foreign Affairs Minister, it is on the jetties that speedboats-for-hire diligently await visitors like myself.

Mustering the seafaring accents of my piratical Bristolian predecessors, I command the crew to set off on foamy adventures that are all bends and twists and terrifying turns. 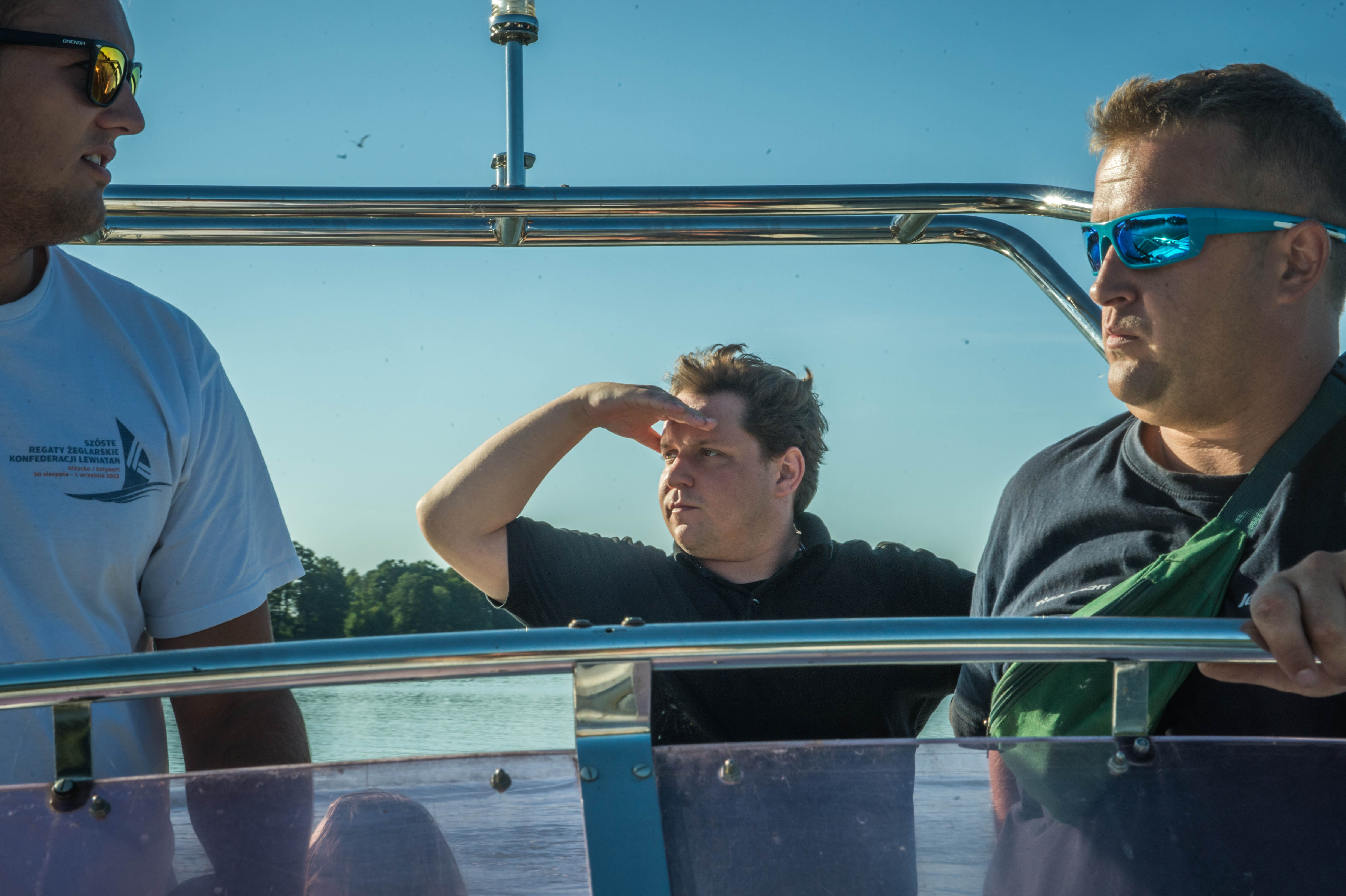 Hiring a speedboats, Webber heads off in search of more adventure.TFN

In these waters lurk no sharks, but the buzz is as good and if not even better. I can’t help but feel I’ve somehow done better than my friends that visit Australia and Bali.

And for that, Blessed Be The Matrix.

Despite Poland’s ‘concrete calamities’ there is hope, says Alex Webber