Get Back: legendary singer pays emotional tribute to The Beatles and Paul McCartney in English album

The First News (TFN): After more than 30 years as a leading Polish singer and songwriter you have decided to release an album of English-language cover songs. What was the main reason for this?

Grzegorz Turnau (GT): The main reason was to reveal the fact, of which probably most people were unaware of, that I started my vocal career not in Polish but in English. And I wanted show this through a set of songs, a kind of intimate songbook, which have accompanied me throughout the years.

TFN: You named you album ‘Bedford School’. Where did this title come from?

GT: It derives from the fact that as a teenager I spent a year in England. A year now, when I am over 50 years old, may seem a rather short period but when you’re 13 it is a whole era, and a lot of important things happen during this time.

TFN: And what exactly happened?

GT: When I started attending Bedford School I had just left a music school in Kraków. My piano lessons were not my favourite ones. Moreover, they were a burden for me at the time. So I was really happy to be taken away from the music school and those piano lessons, and to not have to take the diploma exam, which I most probably wouldn’t have passed anyway.

I was bored, I didn’t want to practice and I was frightened of it. So when my father decided to take me with him to England, I was as happy as someone whose dentist appointment had been cancelled. It was a great relief. 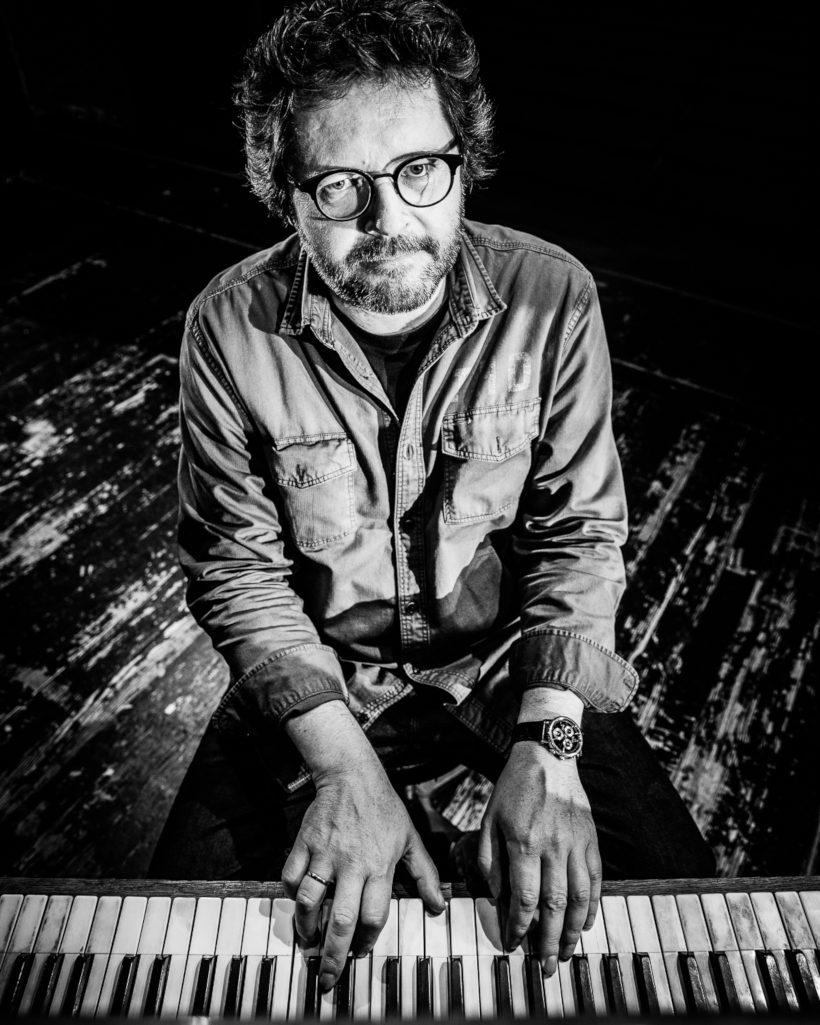 'My piano lessons were not my favourite ones. Moreover, they were a burden for me at the time.'Rafał Masłow / Mystic

TFN: It is a perfect starting point for the story entitled: “How I didn’t become a singer and a musician”…

GT: As a teenager I had plans to study at art school; I did a lot of drawings, portraits. I was also thinking about becoming an actor. As a teenager I really loved the theatre. I can even say I was kind of a theatre maniac. I never expected to become a singer.

GT: Paradoxically, by leaving the music school in Poland I became motivated to learn music by myself. I started learning music through solving problems like harmony.

And when I started solving problems concerning the composition of such songs like, for example John Lennon’s ‘Imagine’ or Beatles’ songs, which are quite sophisticated, and trying to play them, I started singing.

The other reason I recorded this album with all those songs on it is because I consider them to be my music school. But it was the second music school, the other music school.

TFN: But Bedford School itself wasn’t a music school, was it?

GT: No, but... After a lunch there was always an hour-long break during which pupils were allowed to do what they wanted to do. I chose to spend it in the music department. They had upright pianos I could sit at and play whatever I wanted.

TFN: This switch between a proper music school in Kraków and this English school… Can we say it was a switch between being forced to learn and learning freely, by yourself?

GT: At Bedford School there was no obligation to play, and it was there I understood the pleasure of playing. Perhaps I wasn’t meant to be a pianist in an academic sense at all. 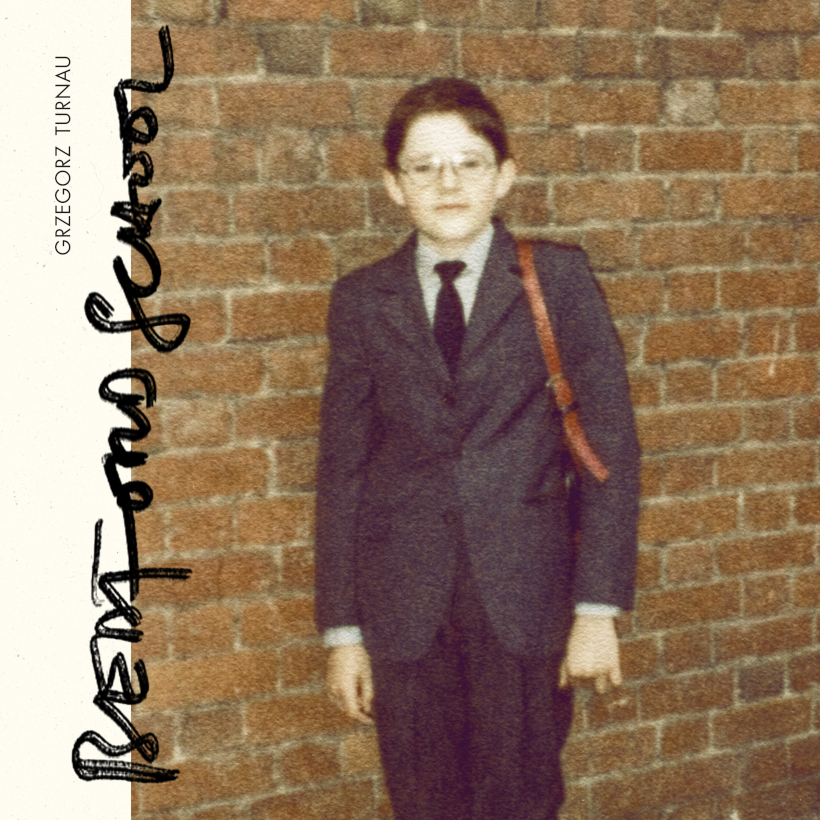 'At Bedford School there was no obligation to play, and it was there I understood the pleasure of playing.'Mystic

Somehow I found the way to combine my natural talents and abilities with what my Kraków’s music school gave me – namely the knowledge – which later I developed.

But I developed it in my own way. It was up to me to decide how to do it.

I had to sing in order to play, and I had to play in order to sing. And that was how I became a singer.

TFN: The majority of songs covered by you on your new album were written by John Lennon and Paul McCartney. And, what’s more, the one song on this album written by you is also, to my ears, Beatles-like. So, I must ask you about this big influence.

GT: The influence was truly enormous, to that point that initially, I wanted to name this album ‘For No One’, which is the title of a Beatles’ song. I also liked the idea because I have played those English-language songs all my life—not during my gigs because the audience bought tickets to listen to me—but for me alone, at home. So, it’s like “for no one else, but me”. OK, maybe not only for me but also for my daughter. Because it was her, who told me one time: “Dad, please, just for once, make a record an album of normal songs.”

TFN: Normal? What does that mean?

GT: For her my songs were to close, she was seeing, hearing, perceiving them through our family relations, our home… And normal songs, in her meaning, were songs from the outside world.

TFN: But I suppose you also liked ‘For No One’ as a song.

GT: More than this! As far as I remember ‘For No One’ was the first song in my life that really astonished me.

GT: When I was a teenager an LP by a foreign artist was something of great value. Possessing them, we cherished them and we didn’t want to play them too often in order not to damage them. So we recorded them onto cassettes. So I was listing to my cassette copy of the ‘Revolver’ album, which includes ‘For No One,’ and on that song suddenly I heard a sound of an unexpected musical instrument. At that time I wasn’t sure what instrument it was. Later I learnt it was a French horn.

TFN: Quite an unusual instrument for a rock and roll band, wasn’t it?

GT: Without doubt. I must admit I belong to the group of Beatles fans who believes producer George Martin was the fifth Beatle. Without him the Beatles would not have done as much as they did. And it was his idea to add the French horn. And this kind of crossover between classical and popular music was astonishing to me. And it was the very first song in my life that I wanted to play, to perform.

Later I changed my mind and gave a new name to this album, but the song ‘For No One’ remained on it, along with other Beatles’ songs.

TFN: The selection of Beatles’ songs you’ve covered is very special. You left the greatest hits behind and recorded not-so-popular, but extremely beautiful songs like, for example, ‘Here, There and Everywhere’.

GT: I can tell you an additional reason to record the song you mentioned besides its undeniable beauty. Once I came across an interview with John Lennon, it was from the 70’s. In the interview Lennon was asked to pick a song which he believes is an example of McCartney’s genius. And Lennon answered: “Paul will always be remembered for such songs as ‘Here, There and Everywhere,’ which is simply brilliant.” So I thought: I like the song, Lennon liked it – let’s put it in the album.

TFN: It looks like you are a big fan of McCartney.

GT: Yes, I do like him a lot. I like that his is still so full of enthusiasm, recording very good, new songs. Once I read on the internet a sentence with which I completely agree: “I don’t trust people who don’t like McCartney.”

Many people say: “Oh, so you like McCartney better than Lennon.” Hearing this I always reply: “No, I really think they were both, as a pair of composers, and as solo artists, great. But please, keep in mind, that Lennon was killed 40 years ago, he is no longer with us and become a legend. While McCartney is fortunately still alive, so we need to pay more attention to him”.

TFN: Nearly all the artists, whose songs you cover on the new record are popular and recognisable in Poland: Billy Joel, Elton John, Sting… Except for one, Donald Fagen from Steely Dan, a group that never made it in Poland. So why did pick this artist’s song?

GT: I knew right from the start, that I must include at least one Steely Dan piece. But finally I came to the conclusion that it is virtually impossible to cover Steely Dan without covering their arrangements. Simply because their beautiful arrangements are essential parts of their songs. And I didn’t want to make a carbon-copy of their songs. 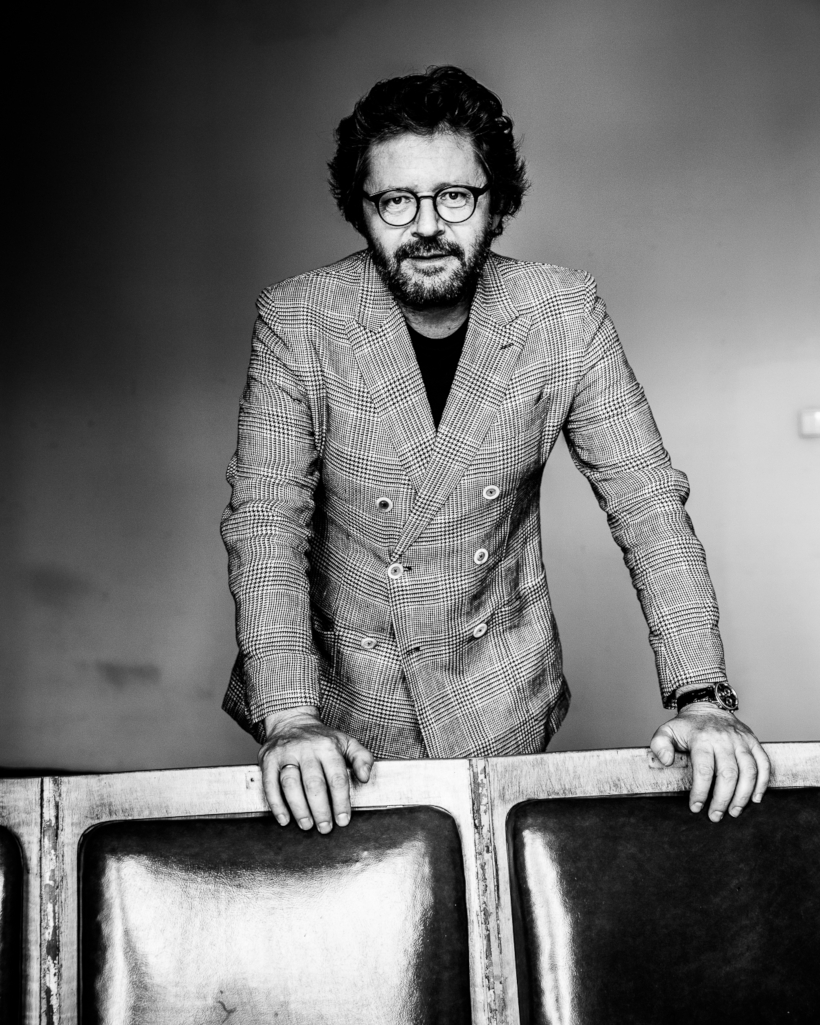 'I knew right from the start, that I must include at least one Steely Dan piece.'Rafał Masłow / Mystic

TFN: OK, so now we know why there is no Steely Dan cover. But we still want to know what’s the story behind your interpretation of Donald Fagen’s song ‘Maxine’?

GT: Shortly after I came back from England, I was taken by my father to the USA where I spent half a year. Again, I was listening a lot to music, including to Queen whose ‘All Dead, All Dead’ I also covered on my new album.

And at that time Donald Fagen released his first solo album The Nightfly. And when I heard the whole album for the first time, I immediately picked ‘Maxine’. Why? Because of its stunning solo piano intro but also because of a more sentimental reason.

The song is about a couple of young lovers, and because went I went to the USA I had to leave my first love back in Poland, I thought it’s a song about me and her. The memory of this situation was rooted so deeply inside me that I decided to leave a trace of it by recording the song on my English album in a slightly different, I would say more intimate manner, way, trying not to copy the original arrangement.

TFN: Speaking about arrangements. On this record there is a slight, but notable Irish influence. Why?

GT: I wanted to add to this record an element which was not present in my previous albums. An element, which would distinguish it from my, let’s say, typical sound. 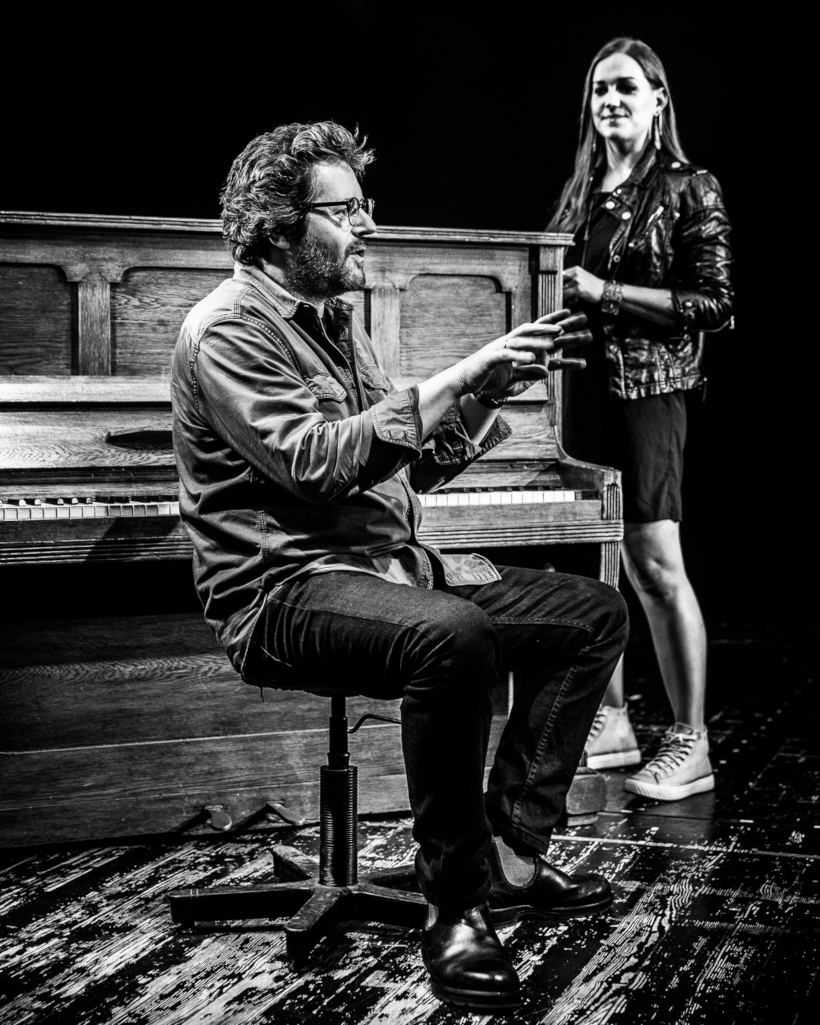 'For this new album, I needed a female vocalist and Maria Rumińska, who sings with Shannon, was everything I needed.'Rafał Masłow / Mystic

TFN: But why Irish?

GT: Once I was working on a score for a theatrical piece based on ‘Gulliver's Travels’. The director asked me to make this score sound Irish, so I started to look around to find a band that could provide me with this characteristic musical atmosphere. And that's how I came across a band called Shannon. I was so satisfied with the results of our collaboration that I decided to continue it in my English album. And also, for this new album, I needed a female vocalist and Maria Rumińska, who sings with Shannon, was everything I needed. Thanks to her contribution I was able to achieve the exact musical goal which I had set, namely to release an album that would not be just another Grzegorz Turnau record.

TFN: You mean like refreshing the good old Grzegorz Turnau?

GT: Do you know what the name of the latest McCartney tour is? Freshen Up. So, along with my idol, I also decided to freshen up a bit.