Newly discovered “secret” Nazi files reveal that the Germans may have deliberately targeted hospitals and other civilian institutions as part of a methodical bombing of Warsaw in 1939 aimed at causing death and panic.

The documents could undermine theories that the Polish capital was subjected to a random and indiscriminate aerial bombardment in the first few weeks of the Second World War.

Katarzyna Utraska, director of the history department at the Warsaw Uprising Museum, who has seen the files, described them as an “important find” the likes of which have not been seen before in a museum.

Marked secret and in excellent condition, the first file contains maps and plans from before the start of the war. One detailed map of Warsaw appears covered with targets such as hospitals and water and sewage works. Jewish areas of the city are also marked, and one plan gives the wall depths of Warsaw’s Royal Castle, to help, perhaps, the Luftwaffe know what bombs would bring the walls down. Together the documents indicate that the Germans had planned a detailed attack on the city before the outbreak of hostilities.

The second file is packed with over a hundred photographs of bomb damaged buildings in what appears to be forensic assessment of the bombing operation.

“These are not documents about fighting the Polish armed forces. These are documents about the destruction of waterworks, sewage systems, and hospitals; about how to kill civilians,” said Jarosław Zieliński, a Warsaw historian who has studied the documents.

He added: “It is worth stressing that these documents don’t contain any military targets. They almost entirely concerned with civilian facilities, including shelters.

“The Germans wanted to cause panic by striking at the very heart of Poland. These papers could be used as evidence against a person on trial for trying to wipe us from the map of Europe. This is evidence of how the Germans methodically planned total war; how they prepared for it.” 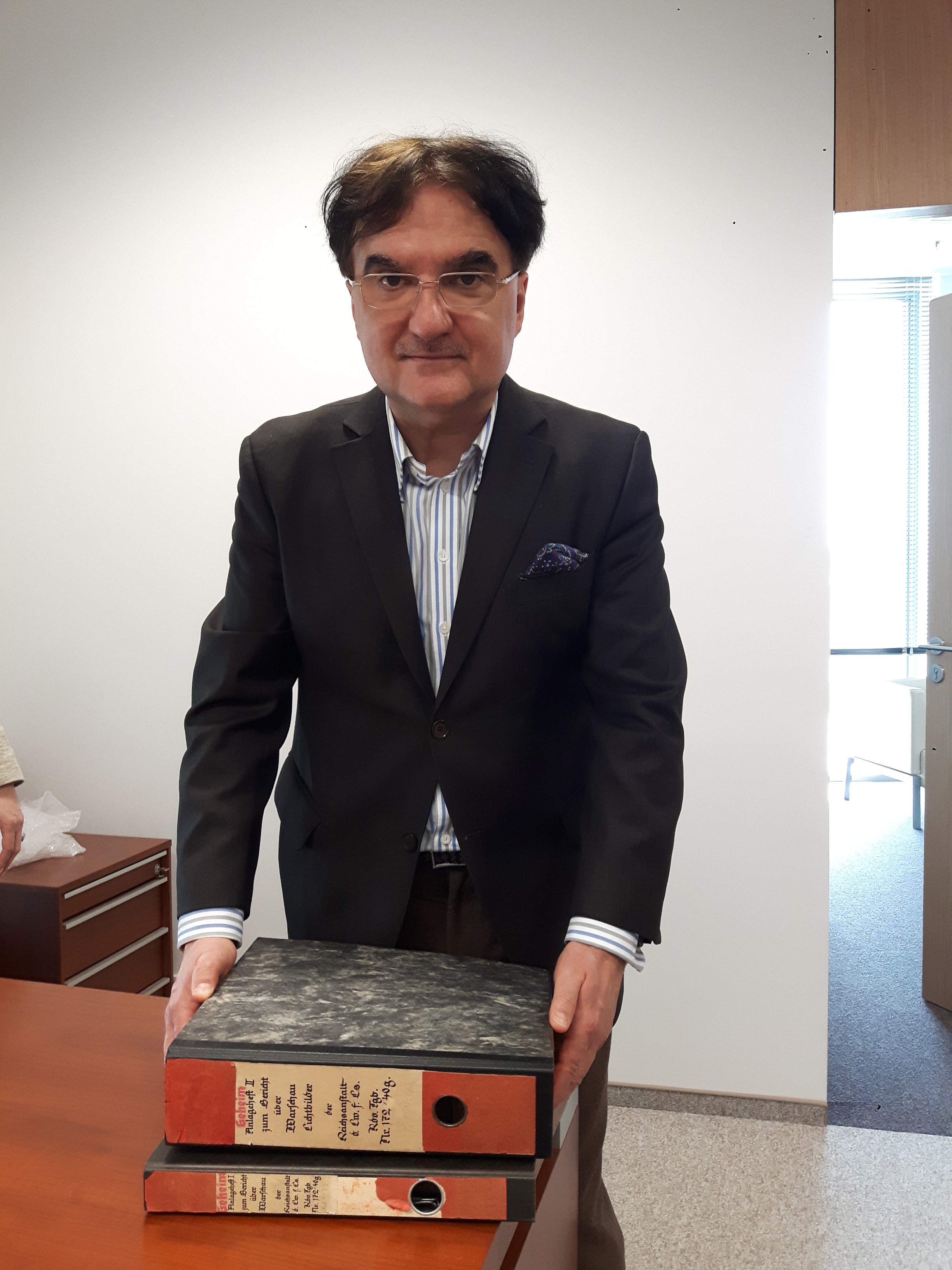 Rafał Szczepański, the owner of the WWII documents and the founder of the Remembrance of the Heroes of the Warsaw Uprising Organisation / by MD

The files surfaced earlier this year when a person put them up for sale on the eBay auction site in Germany. Recognising their potential value Rafał Szczepanski, a Warsaw businessman and founder of Remembrance of the Heroes of the Warsaw Uprising, a historical organisation based in the Polish capital, bought them with his own money for €2,999.

Just who sold the files and where they had been for the best part of 80 years remains unclear although Mr Szczepanski believes that they may have been gathering dust in somebody’s home.

“It looks as if someone emptied a wardrobe or the storage space of a deceased relative,” he said. “It’s good that the files weren’t thrown into the rubbish.”

The Siege of Warsaw began on September 1, 1939, with Hitler’s Luftwaffe carrying out a huge arial bombardment of the city. Land fighting started seven days later with the Polish army under the command of General Walerian Czuma holding out for several weeks. They eventually surrendered on September 28.