Georgian dishes are all the rage in foody Warsaw

Aubergines with walnut sauce, bean stews with parsley and coriander, roasted meats studded with pomegranate seeds: Georgian food has been making a name for itself in Poland.

Hearty and aromatic, rich in vegetables, herbs and spices, it can be enjoyed with a glass of red or amber-coloured wine at one of the many Georgian restaurants in Warsaw and other Polish cities.

Beyond walnuts and wine, for some people the highlight is the bread: fresh khachapuri oozing with melted cheese. Khachapuri comes in various types, named after regions of Georgia. Imeretian is the best known; round like a pizza, with cheese between two layers of soft dough.

Adjarian khachapuri, another popular variety, is shaped like an open boat with a raw egg in the middle. Mixed with the melted cheese before serving, it forms a decadent mess to dunk the crust in. 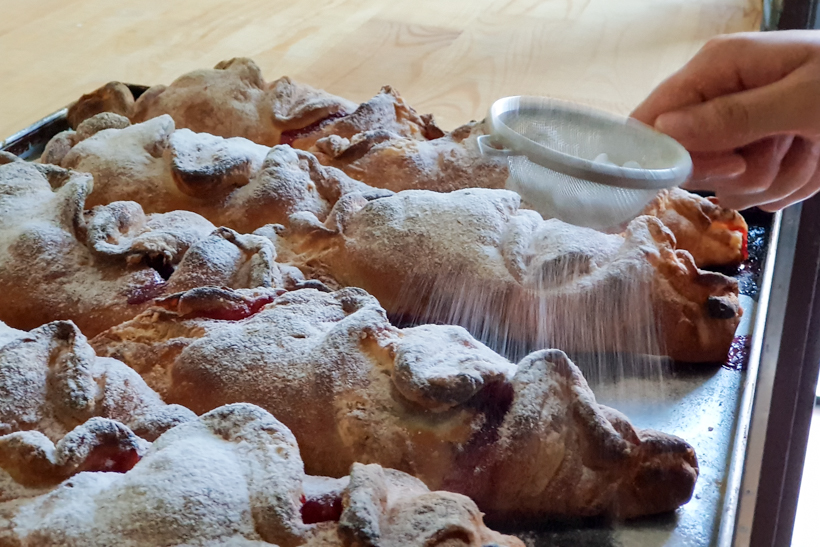 Each bakery displays an enviable selection of filled breads, ranging from classic khachapuri to ones stuffed with spinach, beans or meatKalbar/TFN

Now khachapuri is becoming available to the broad public in Poland, with bakeries popping up in Warsaw, including by Rondo ONZ metro station, inside the Hala Mirowska market hall and on the popular Nowy Świat street.

Some bear the adjective “Caucasian” or “Armenian-Georgian”, referring to the culinary traditions of the region, which span borders.

Each bakery displays an enviable selection of filled breads, ranging from classic khachapuri to ones stuffed with spinach, beans or meat, costing around 10 złoty apiece. One place even boasts an “extra cheese” option. 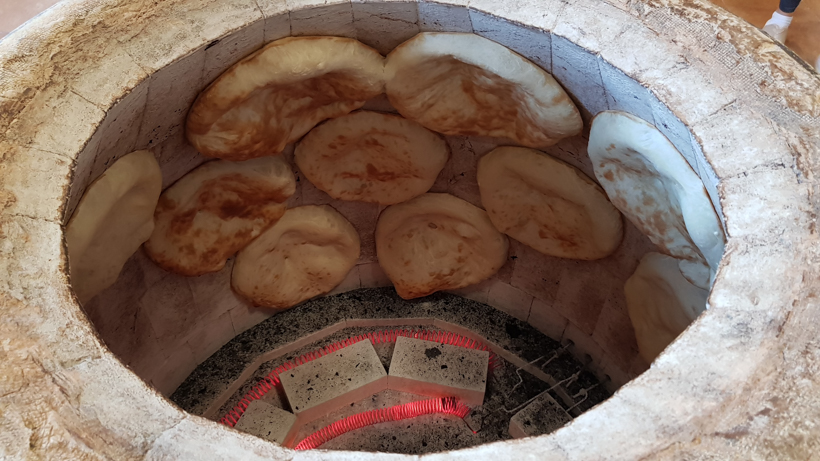 Imeretian is the best known; round like a pizza, with cheese between two layers of soft dough.Kalbar/TFN

For larger gatherings, there is unfilled puri (the Georgian word for “bread”) – large, round and flat. The bakeries also sell sweet pastries, paper-thin lavash flatbread and colourful Georgian lemonades.

The bakeries’ central feature is the tone, a circular brick-lined oven in the floor, the local iteration of the tandoor ovens common across large parts of Asia. In Georgian, tone and puri gives “tonis puri” – oven-baked bread. While the bread bakes, a baker dressed in white shapes more dough.

Some days, it is difficult to keep up with demand, as the queue of Polish market-goers, stall-holders and visitors craving Georgian bread stretches out of the bakery inside Hala Mirowska. “It’s like this on Fridays and Saturdays,” the cashier shrugs, as her colleague lays out a piping-hot batch of khachapuri.

All roads lead to a Roman’s bedroom: archaeologists dig up rare mosaic in remains of ancient Roman villa in Georgia

Eastern Partnership should be elevated to higher level - Polish FM